This is the moment an attention-seeking cub annoyed his father once too often.

The cheeky cub can be seen tugging on his father’s mane, chewing on his fur, and even smacking him on the end of the nose in a bid to entice him to play.

But while the father initially returned his son’s affections, he soon lost patience with the playful cub and snapped – baring his teeth at the startled cub. 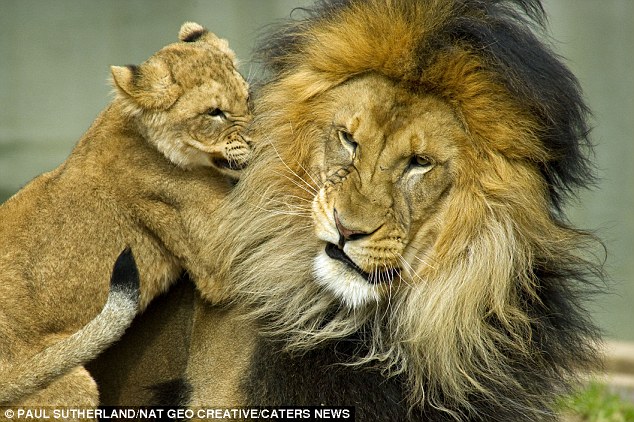 I warned you, boy… Like the lion makes it clear he has had enough of his son’s fun and games

The images were taken by photographer Paul Sutherland, 54, at the National Zoological Park in Washington, Columbia, US.

He said: ‘I’m connected with a number of people at the zoo and they invited me to come along when the lion cubs were born.

‘Having been an editorial photographer I like to create images that tell a story or send a message.

‘I spent a lot of time photographing the cubs, I went whenever I could. Every time the cubs came out there was a question mark over what they would do. 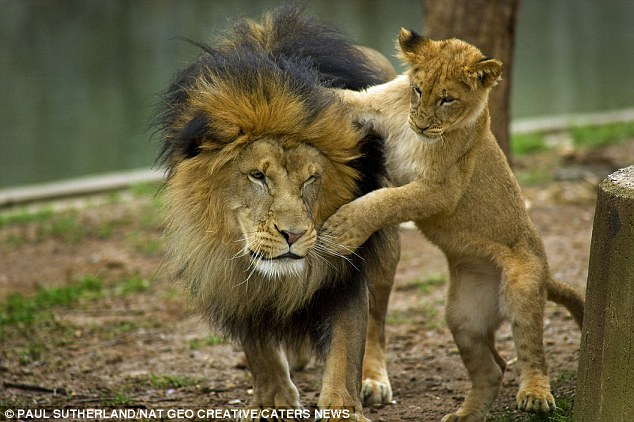 The cheeky cub can be seen tugging on his father’s mane, chewing on his fur, and even smacking him on the end of the nose 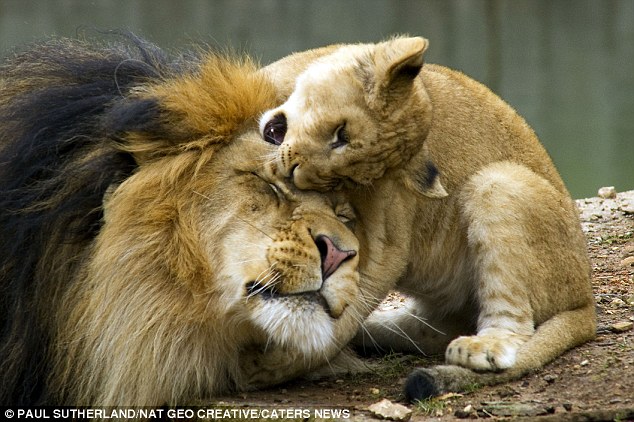 So much for my lie-in: Luke’s nap is a no-no as far as the youngster is concerned 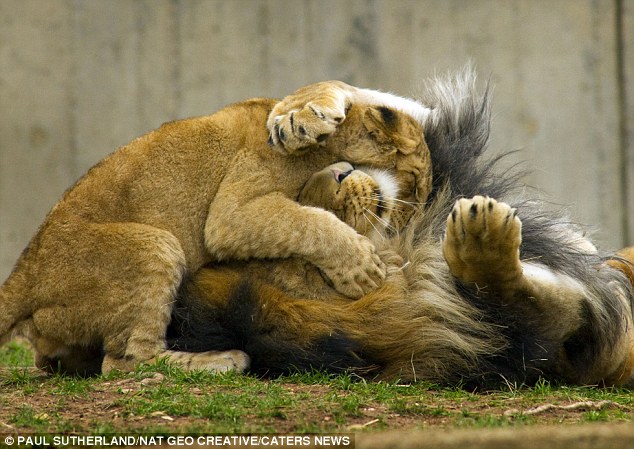 Seriously, son, take the hint: Luke looks like he is enjoying a cuddle…but that out-stretched paw is getting ready to swipe

‘When the adult male lion, Luke, is in the yard the cubs come out with the female lions.

‘Interestingly many of the cubs head straight for dad, they’re like “hey dad look at me”.

‘The cubs would jump on Luke to try and get his attention, just being playful really.

‘But if Luke is grumpy he’ll roar and as he does the mother lion gives him a telling off. He’s a bit of a wimp compared to other lions so if he gets a telling off he’ll tolerate the cubs a little longer.

‘They would get five to ten minutes’ interaction with dad before he would get tired and there’d be a roar.

‘And if one of the cubs would make the mistake of grabbing his tail, Luke would get really angry.

‘It’s really just nature in action. Humans do it too. You annoy your dad that much, he’ll snap and be like “that’s enough”.’ 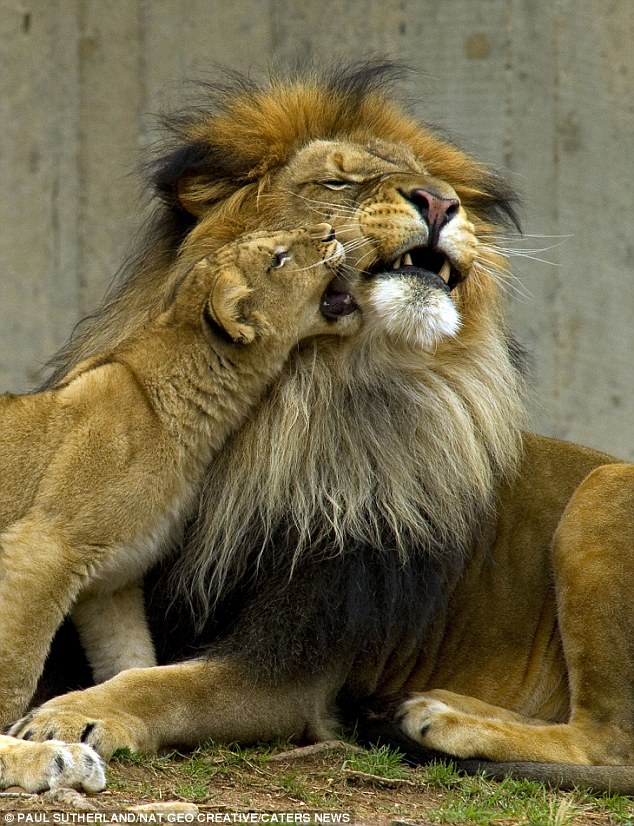 Right, that’s it! The cub takes a bite out of Luke’s chin… and he’s not happy about it 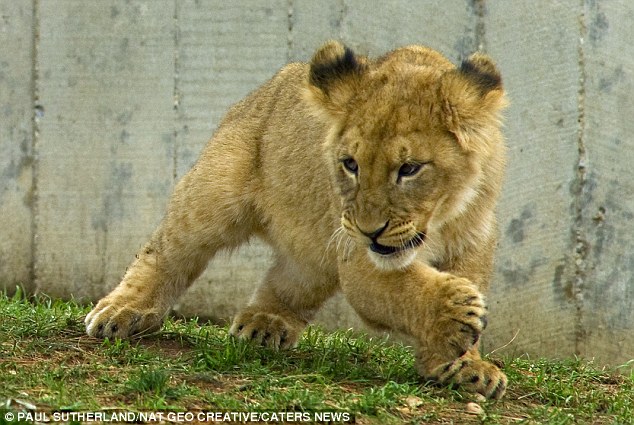 Fine, I’ll leave you alone! The cub retreats to safety… still with a look of mischief about it

11 Things You Can Only Buy in South Africa

What does a girl have to do to get some attention around here? Male lion is totally impervious to frisky lioness’s increasingly desperate attempts to seduce him