These are the amazing scenes as a giraffe was born in front of dozens of people at a South African game reserve.

The 1.8 metre tall baby took about two hours to be born and spent approximately 15 minutes lying on the ground being cleaned by its mother before it was eventually able to stand and begin feeding.

However, despite being witnessed by more than a dozen people, keepers at the Kragga Kamma Game Park in Port Eilzabeth still do not know the sex of the new calf. 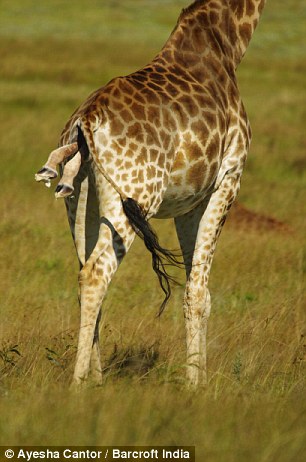 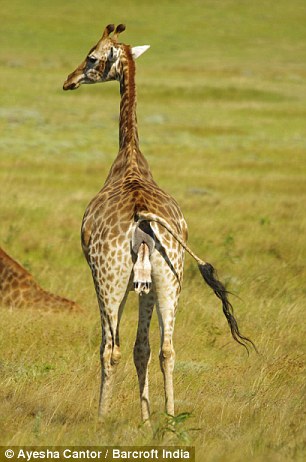 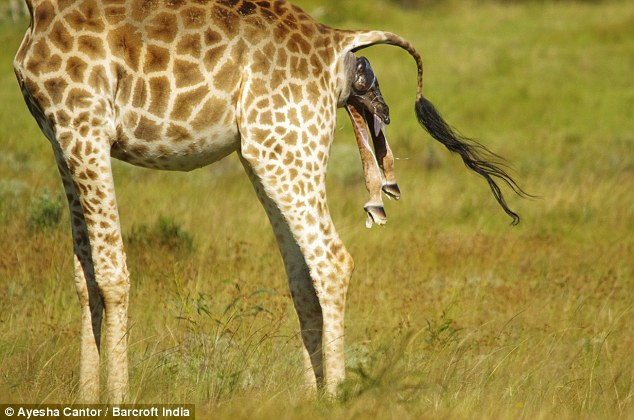 The female giraffe was in labour for approximately two hours before the 1.8 metre calf dropped out

Park co-owner Ayesha Cantor told The Herald: ‘We don’t know the sex of the calf yet and no, it has not been named. However, it was born in full view of dozens of visitors, who were mostly locals, which is great because these are the folk that support this park very well.

‘They certainly did not have to go all the way to the Serengeti to see this. What was also great was that I got to see the entire birthing process for the first time,” she said, adding that the gestation period for a giraffe was about 16 months.

‘What was interesting was that it came out with a gel-like covering on its hooves. During the birth, the dominant male went over to the mother periodically to check how she was doing.’ 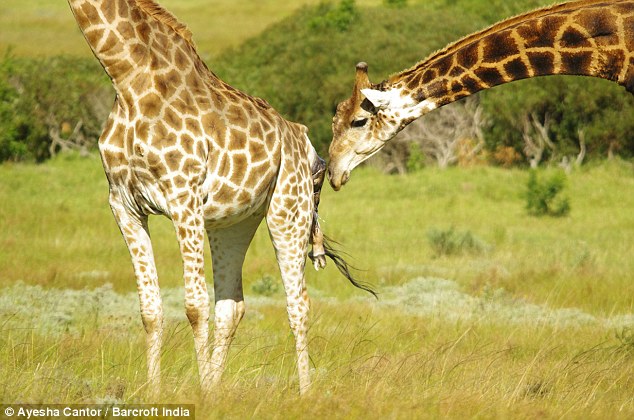 During the birth, the dominant male approached the female to offer some prenatal support 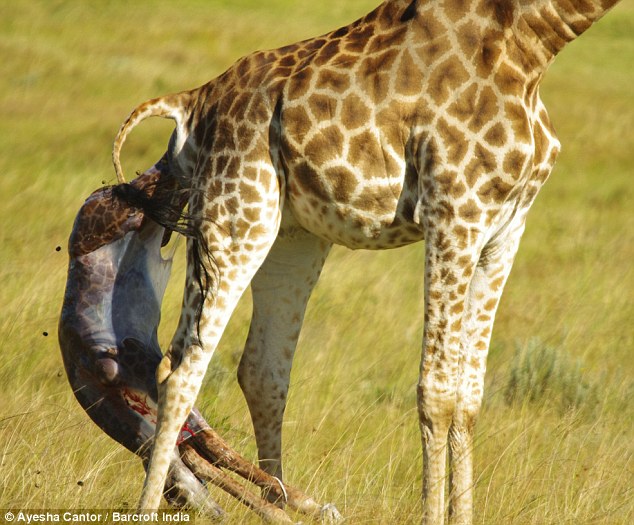 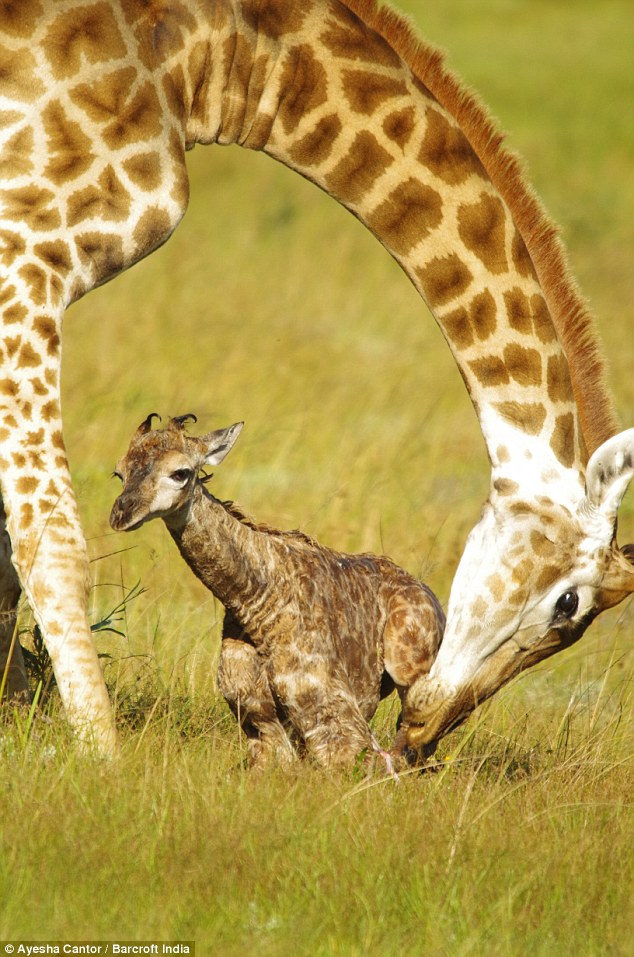 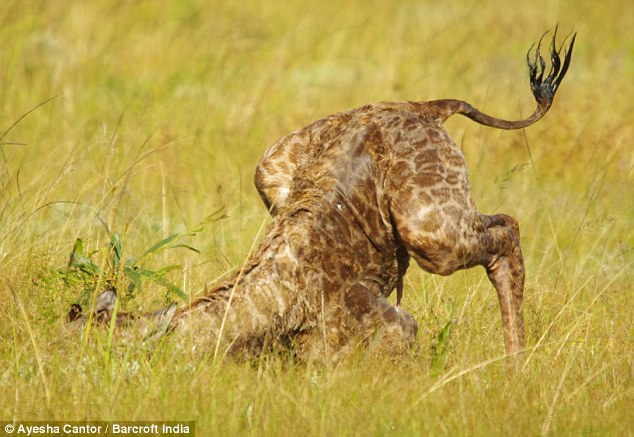 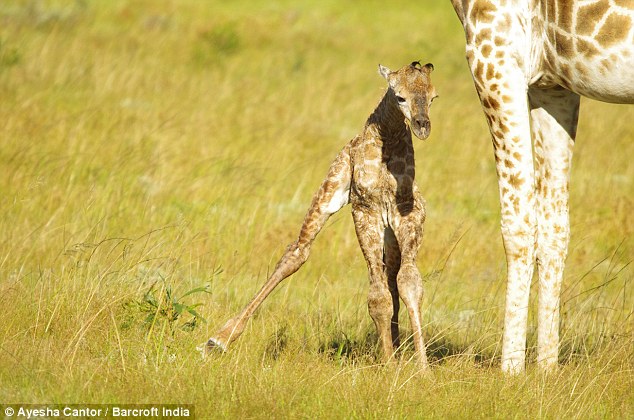 With a couple of long stretches the giraffe calf raised itself to its full 1.8 metre height before feeding 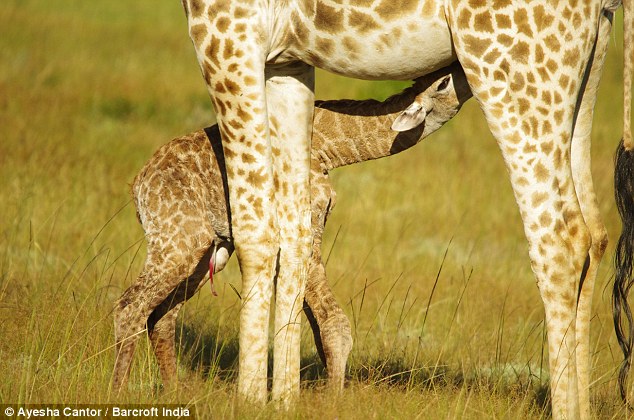 Only minutes after birth, the giraffe suckled hungrily from its mother in the safety of the game reserve 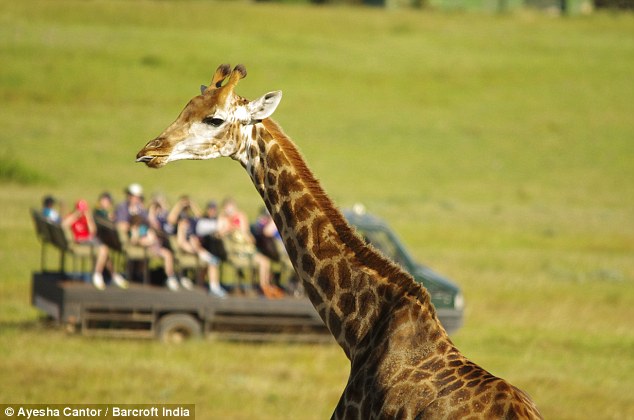 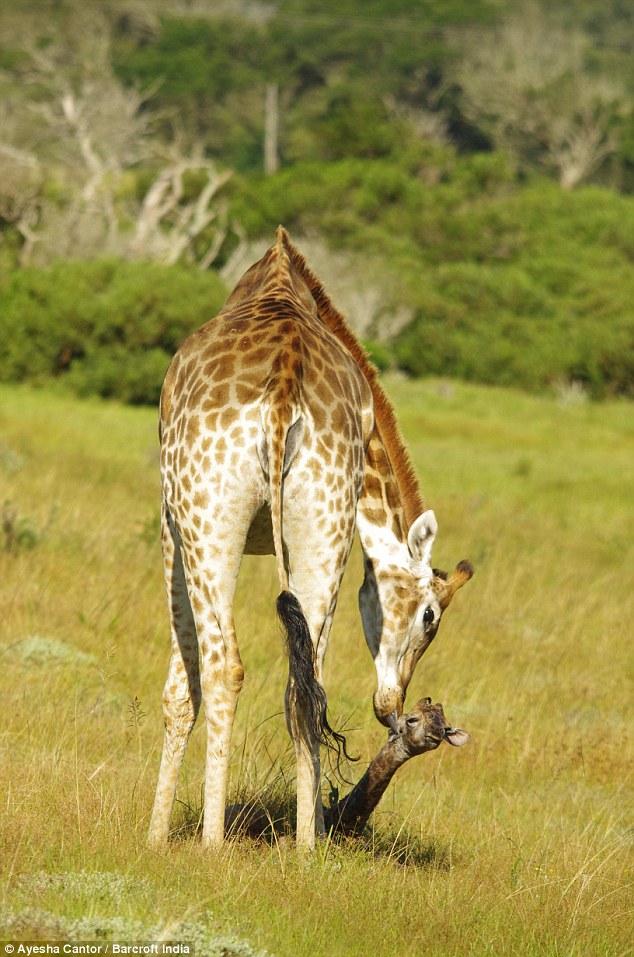 What to Know About South Africa’s Majestic Jacaranda Trees