Two baby elephants were spotted tumbling around on the ground at Kruger National Park in South Africa.

The youngsters could be seen climbing on each other and play fighting in one of Africa’s largest game reserves.

The two elephants seemed to ignore the presence of a car nearby and kept playing joyfully. 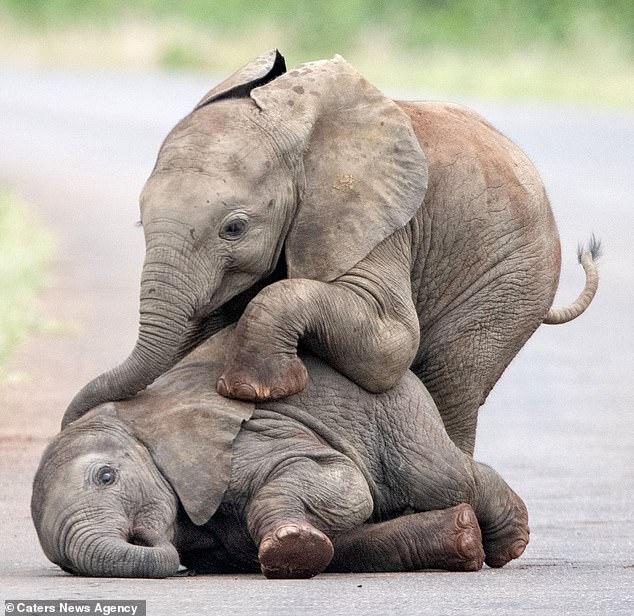 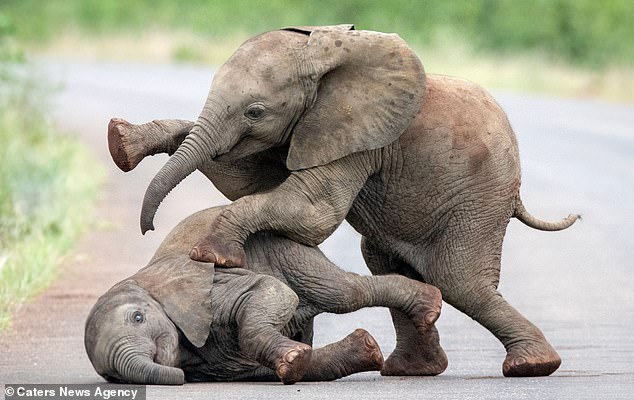 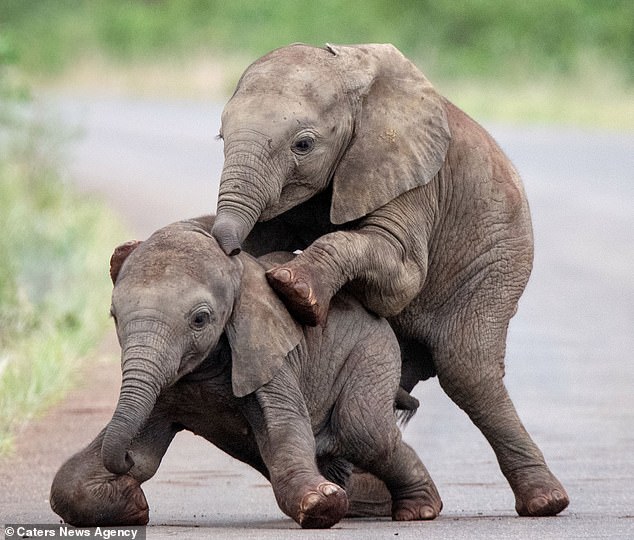 Inez Allin-Widow, 32, was visiting the park when she stumbled across the two animals and stopped to take some photos.

The Dutch photographer, from the Netherlands, said: ‘We came across a herd of elephants, and these two young elephants.

‘I always enjoy watching elephants, especially the youngsters as they always make me laugh – so I knew where to aim the camera at.

‘They didn’t mind us watching them from the car and continued playing.

‘I think the shots perfectly show that the elephants were thoroughly enjoying themselves. 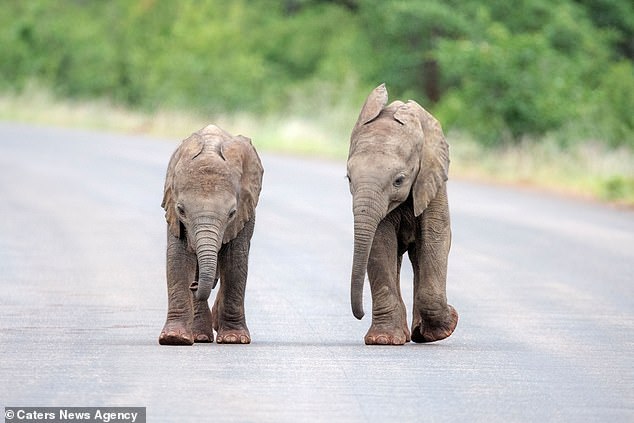 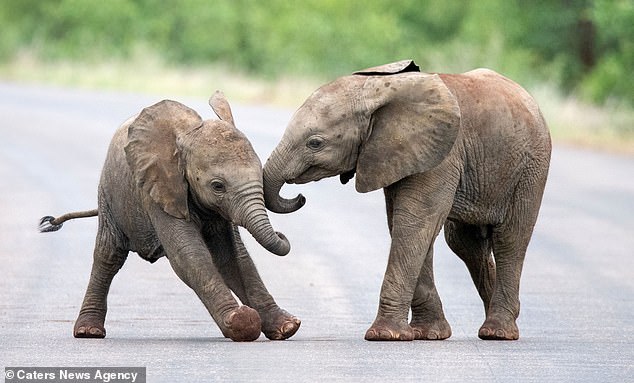 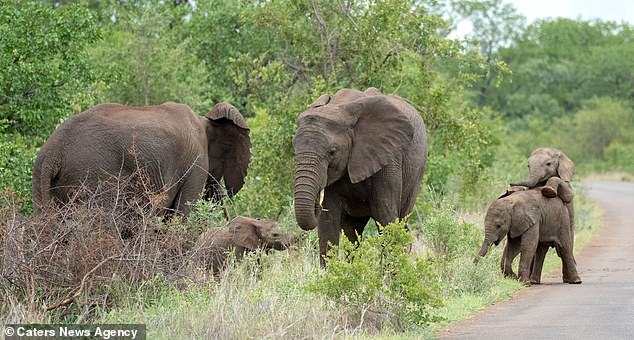 The photographer said they came across a herd of elephants, including the two young ones 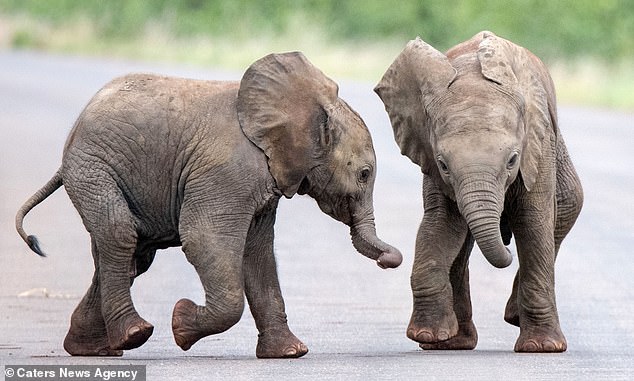 ‘The tumbling around really made me laugh. I felt lots of warmth, love, affection, and joy.

‘I feel a great deal of respect and love for them and these photos show exactly what I love so much about them.’

The photos show the elephants playing together, climbing one another, and barging into each other.

In one of the photos, the animals are seen walking together across the national park.

Belly the elephant: Greedy animal nearly tips tourists’ vehicle over as it tries to reach inside to grab their food

Elephants in the room: Mischievous herd of beasts gatecrash hotel lobby in annual search for fruit