So you’ve seen Berlin and Munich, you’ve hiked in the countryside, and you’ve taken a stroll through the Black Forest, but you want to see more of Germany. We have you covered for all things whimsical, odd, and delectable. From walking on a beach that only exists at low tide to speed dating your way through multiple museums, these delightfully weird wonders of Germany are sure to surprise you in the best way possible.

Be Amazed by the Wadden Sea

While many people know Germany for its culturally rich urban centers like Munich and Berlin or innovative, modern hubs like Frankfurt, there are actually sprawling, natural wonders like the Wadden Sea. This isn’t your everyday coastline. The Wadden Sea is part of the North Sea, and it is the largest unbroken system made up of intertidal sand and mudflats on Earth. The best-kept secret of this world wonder can be found at low tide when you can walk right out on the mudflats, a la Moana, with fish and crabs hiding just under your shoe soles as you wander through the vast landscape. This is a UNESCO World Heritage Site though, so don’t just go traipsing across the flats — you’re not on your own little safari. Instead, take a guided tour and experience the tidal walks while getting crucial information on the area’s history and what makes it so special.

More than just a site for one of the oldest Christmas markets in Germany, visitors to this UNESCO World Heritage Site can take a glimpse back into the 600-year history of Bremen’s Town Hall, which features the decadent Golden Chamber and the iconic statue of Roland. Constructed in the Middle Ages, the statue is the tallest free-standing sculpture from that time in Germany and continues to serve as a powerful reminder that Bremen was — and is — a free city. The Town Hall is a dream for architecture enthusiasts, but what makes Bremen’s town hall so remarkable is its fortitude. The building and surrounding area held up surprisingly well through World War II, and while many other parts of the city were destroyed, the Town Hall serves as a constant reminder of the city’s fortitude and strength.

Float on through Speicherstadt Hamburg

The Speicherstadt district of Hamburg, a prominent port city in northern Germany is a UNESCO-recognized World Heritage Site that sports an impressive network of canals. Originally built between a set of river islands, the Speicherstadt also has the world’s largest integrated complex of warehouses. This huge complex showcases the true growth of industries in the 1800s and 1900s. Tours of the historic warehouse district and its canals and locks are available from April through October.

So many museums, so little time. Cultural speed dating is — quite literally — the name of the game at this Lübeck World Heritage Site. Tinder and other dating apps may have digitized the romantic world, but you can get your 15 minutes in, quite literally with several fantastic museums in Lübeck. For just six euros per person, you can visit the must-see exhibit at four different museums (Buddenbrook House, Willy-Brandt-House, Günter Grass House and Behnhaus Drägerhaus) in just one hour — and even score a complimentary coffee at the tourist information desk. If you end up falling in love with one of the museums and wish to see more of it afterward, you can enjoy a reduced ticket price and explore it to your heart’s content. Cultural speed dating not your style? For those who wish to enjoy Lübeck at a much slower pace, we highly recommend a harbor and canal tour of this charming seaside city.

Founded in the 13th century, the medieval towns of Wismar and Stralsund rest on the Baltic Coast of northern Germany and were initially complementary trading hubs from the 13th to the 15th centuries. They later served as administrative and defense centers within the Swedish Kingdom during the 17th and 18th centuries. Due to their being part of the Hanseatic League, a group of merchant cities that dominated trade in northern Europe in the 14th and 15th centuries, these cities were once immeasurably prosperous and wealthy.

Why does all of this matter? You get a unique blend of old money magic that still is evident in the fiery brick buildings, intricate churches and the easy breezes blowing from their ocean ports. Recently reopened in 2017, The Schabbellhaus and its neighbor Scheinsbrücke 6 are part of the Civic History Museum, which showcases the impressive culture and history in the area. Be sure to wander behind the museum for an impressive view of the Hanseatic town of Wismar, too. It’s worth noting that Wismar is an easy drive from Lübeck and closer to Berlin, the next stop on the tour, than Stralsund is. However, if you have extra time and are dying for more of what Wismar offers, which is a progression of architecture styles and easy access to beer, seafood and harbor views, we highly recommend making this duo into a weekend getaway.

Sleep in a Museum at Berlin – Modernism Housing Estates

You can have a real “Night in the Museum” moment thanks to this UNESCO World Heritage Site’s unique offering. The modernism housing estates consist of six innovative housing complexes that were landmark design pieces during their construction in the Weimar Republic era. Today, visitors can spend the night (or a few!) in an original 1920s Bruno Taut house. You can also take a full- or half-day tour of one of the estates, taking in the influential designs that were very important in shaping the 20th-century urban planning and architecture scene.

You slept in a museum, now you can visit an island comprised solely of a museum! Technically five museums in one, each building of the Museumsinsel, or Museum Island, houses its own museum. You should get a pass to access all five, then bury yourself in the treasures of the Ancient East in the Permagon Museum, gawk at the medieval sculptures residing at the Bode Museum, say hello to Queen Nefertiti and other Egyptian antiquities at the newly-refurbished Neues Museum, encounter art by Monet and other mainstays from the neoclassical period at the Alte Nationalgalerie, and finally, view astounding Greek and Roman art at the Altes Museum. You’ll thank us later.

A Real-Life Wonderland in Potsdam

If you travel just outside of Berlin, you’ll face the most eclectic and fantastic palace you might ever see. The appropriately butter yellow summer residence of Sanssouci Palace, a favorite of Frederick the Great, now draws in more than a million tourists each year. A village of sorts comprised of roughly 150 buildings, the entire area showcases an unusual ensemble of architectural designs ranging from popular styles of the 18th and 19th centuries. Nestled in between rolling hills and rivers, it’s easy to get lost in this fairy tale come to life. If this palace wonderland is your thing, there is no shortage of that same magic in Germany.

Take a delightfully lazy carriage ride through the serene Muskauer Park, a beautifully landscaped park nestled along the Neisse River right on the German-Polish border. Modeled after English gardens of the 19th century by Prince Hermann von Pückler-Muskau and purposely designed to be like a “painting of plants,” this park is renowned for the ways in which its many individually structured areas are connected by sweeping vistas and winding paths. iExplore Tip: Travel along the footbridge over the Neisse and treat yourself to ice cream at one of the old cafes on the other side of the water — it’s the perfect view and the perfect treat. 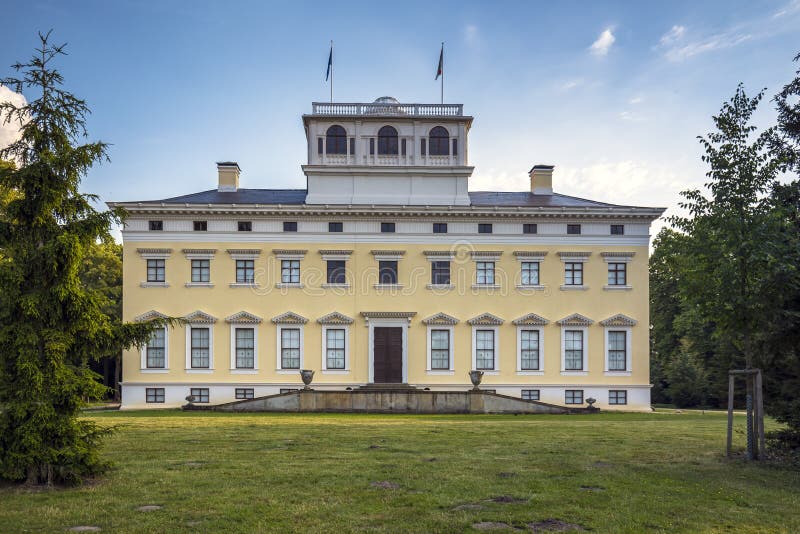 There are two different UNESCO World Heritage Sites in Dessau, which means you can spend an entire day exploring Bauhaus and its Sites in Weimar, Dessau, and Bernau, especially in 2019 as the Bauhaus school celebrates its 100th anniversary, as well as the Garden Kingdom of Dessau-Wörlitz. The Garden Kingdom is the first landscape garden of continental Europe was ever constructed. For the best views, hop on one of the gondola rides offered at the site. Afterward, take a guided tour to access the Wörlitz Castle, the earliest classical-style castle built outside of England, and the stunning Gothic House. Meanwhile, not far from there is the Bauhaus Building, you can discover historical wonders that the public isn’t typically offered access to. A vibrant center for experimental design, research and education, this school only existed for 14 years but its influence has carried through the generations.

How Berlin rose from the ashes: Amazing comparison pictures show the Red Ar.my ramp.aging through German capital in 1945 – and how the same scenes look today