Traffic ground to a halt in South Africa – after three rhinos block the middle of a road for an hour.

The rhinos – one adult male and two young females – casually strolled into the road, halting traffic at 8.30 am on March 25.

The two youngsters then proceeded to lie down and take a nap – much to the amusement of motorists. 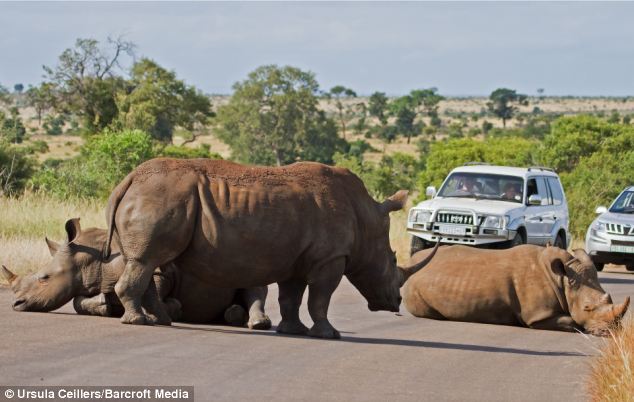 And relax: three rhinos decide to have a nice lie-down at Kruger National Park, South Africa, causing a traffic jam 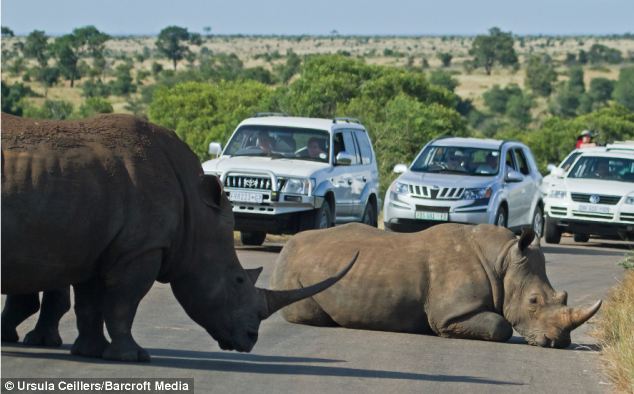 What are you lot looking at? No one was volunteering to move the rhinos after they decided to have a nap on the road 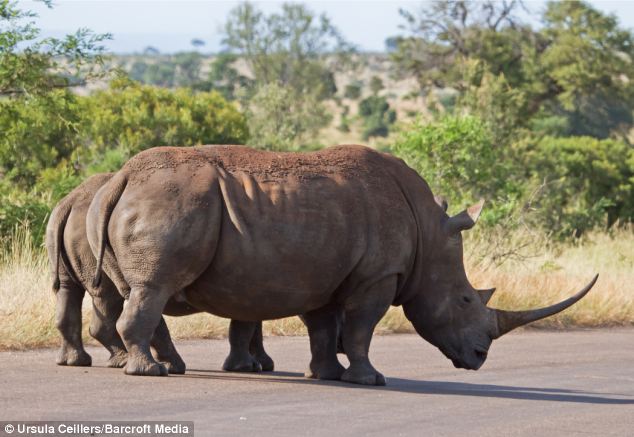 What’s this smooth stuff? The rhinos explore the road oblivious to the mounting traffic

The bizarre incident left traffic snaking around a corner, with drivers left with no choice but to watch on as the endangered species relax in the road.

Photographer Ursula Celliers, 55, captured the unusual sight as she sat in the tailback while traveling through Kruger National Park in Limpopo, South Africa.

Ursula, from Polokwane, South Africa, said: ‘Motorists were very surprised and patient. They all just waited for the rhinos to clear off from the road.

‘After an hour some of them decided to turn back and drove a few kilometers to seek a detour on gravel roads through the bush to reach their destinations.’

The rhinos eventually moved on, freeing up the only road between two rest camps in the rural area. 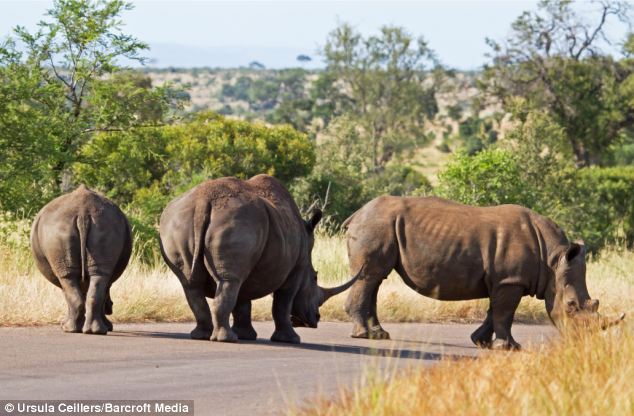 Chilling out: The three rhinos stumble upon the road at roaming at Kruger National Park in Limpopo, South Africa 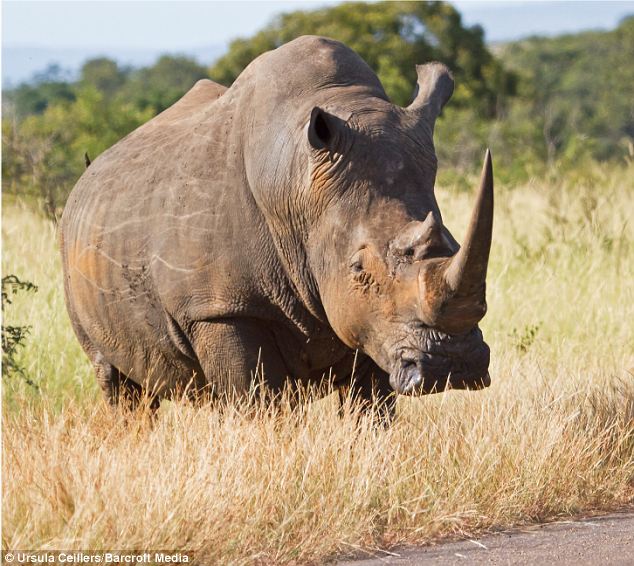 This tricky customer and two others caused quite a stir in South Africa’s Kruger National Park, blocking a road and providing a rare wildlife spectacle

Lions Know Exactly What It Takes To Become Popular