No one at the Bureau of Land Management’s (BLM) corral had ever seen twins before.

But when they checked on Elsa one morning, a wild horse who had recently come to the corral after a roundup, they discovered two little surprises standing next to their mom.

The strong mama had given birth all by herself. 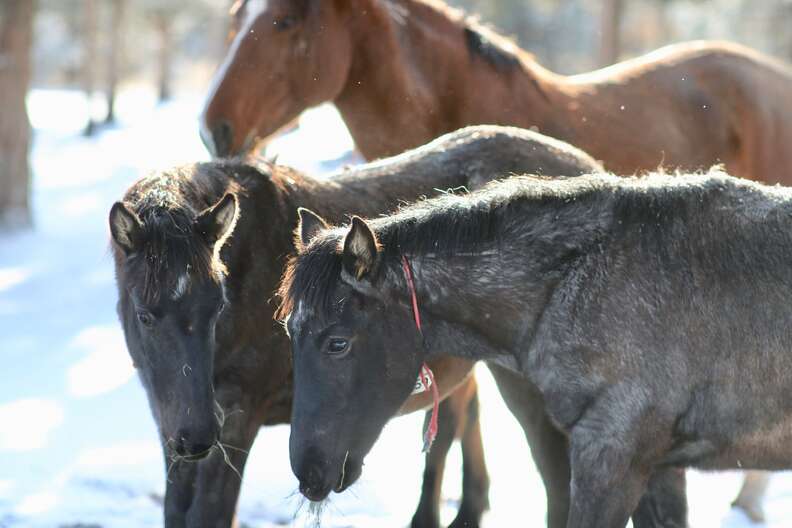 It’s extremely rare for a horse to have twins — about a one in 10,000 chance. It’s even more unusual for the entire family to survive the ordeal.

It was a miracle that Elsa managed to give birth to two healthy foals without ever seeing a vet.

The BLM corral adoption staff knew the little family would need extra help, so they reached out to Clare Staples, founder of Skydog Ranch, a sanctuary for wild horses. “One of them was much smaller and weaker than the other one and they were worried about them surviving so they asked us to take the mare and the two twins,” Staples told The Dodo. “We were just thrilled.” 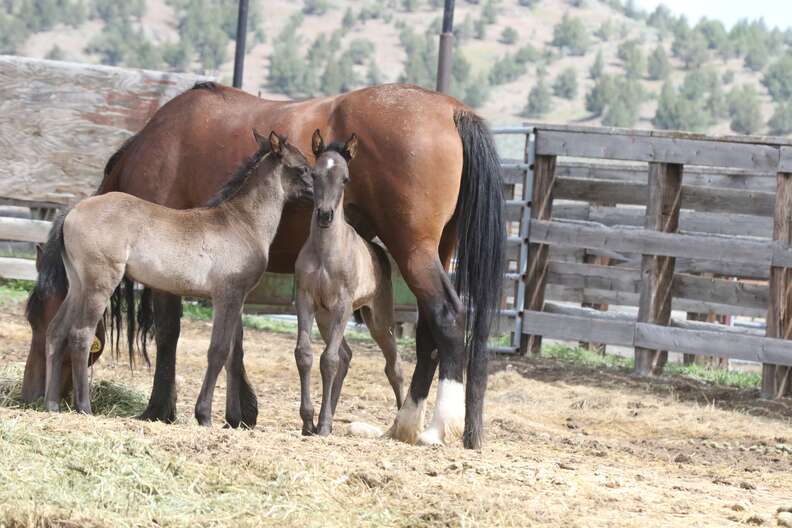 Staples flew to Oregon where the horses were being held and met Elsa. There, Staples sat in the mud and made her a promise. “I talked to her and told her, ‘You’re gonna get out and you’re gonna keep your babies and everything’s going to be OK. Hang in there,’” Staples said.

But shortly after Staples’ visit, Elsa was chosen to be part of a spay experiment at the corrals — something that would separate her from her babies forever. Staples pleaded with the corral staff to reunite the family, but nothing seemed to change their mind. 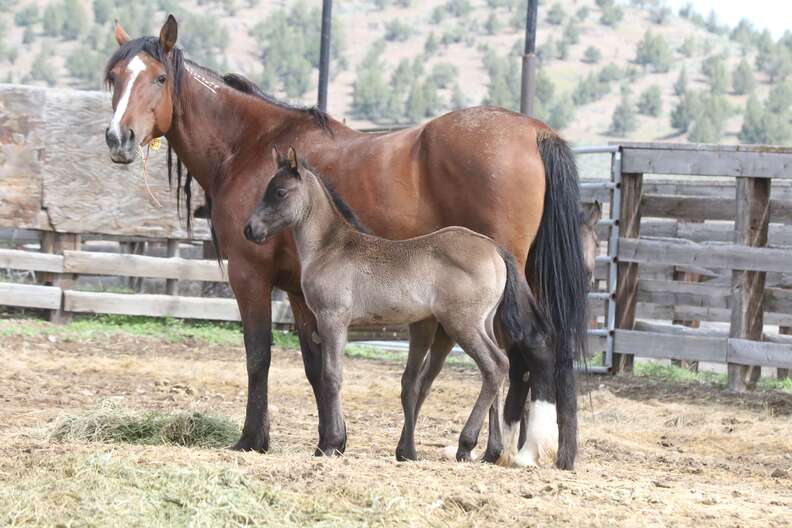 Months later, Staples got a call from the BLM, offering her the chance to adopt Elsa. The twins, who had been adopted separately, arrived soon after.

The family reunion was more touching than Staples could have imagined.

“The first little twin arrived and Elsa wasn’t really sure if that was her baby because they had been separated for a couple of months by then,” Staples said. “But when the second baby arrived, she was completely transformed. She was nuzzling them, nosing them and following them and showing them their new home.”

“It was just the most beautiful thing,” Staples added. “And they really haven’t left her side since.”

When the babies are old enough, the sanctuary will form a family band for Elsa and her twins, adding some additional aunts and uncles to the mix. They will then be introduced to the thousands of acres of land at the sanctuary, where they’ll live the rest of their lives as if they were wild.

For now, the twins are still very attached to their mom — and Elsa will not let them out of her sight. “They’re very playful and adventurous and curious,” Staples said. “But if ever they are nervous, they’ll just run back to her.”