The villagers heard the elephant before they knew what was going on — she was crying out, sounding very distressed. When they went to investigate, they found a baby elephant, who was probably about 3 weeks old, trapped inside of a pit on the southern end of South Luangwa National Park in Zambia. But the baby wasn’t the one making most of the noise — the cries came from his mother, who was desperately trying to free her baby.

The pit wasn’t actually that deep — people had probably been digging up soil there to use for brick molding, which had left a shallow hole in the ground. But the baby elephant was too small to get out on his own. And as hard as she tried, the mother elephant couldn’t get him out either. 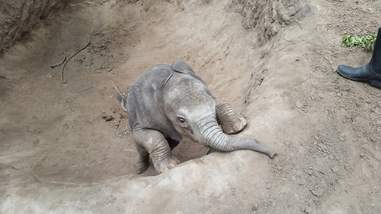 “The mum was inside the pit with him, and frantically running around trying to help him out, but she also couldn’t quite manage,” Rachel McRobb, CEO and co-founder of Conservation South Luangwa (CSL), told The Dodo.

A team from CSL, a wildlife vet, and park rangers came to the rescue. The first thing they did was tranquilize the mother so she’d stay safe and calm. Then they helped the baby. 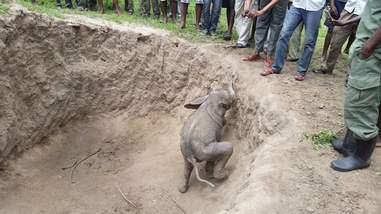 “I jumped in the pit with the baby and got three scouts to help lift him out,” McRobb said. “They then carried him over to his mum before we woke her up.” 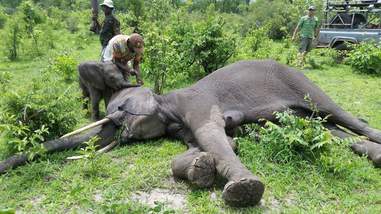 The baby elephant didn’t need much coaxing — he made a beeline for his mom and stayed close to her as the vet gave her an antidote to the tranquilizer. 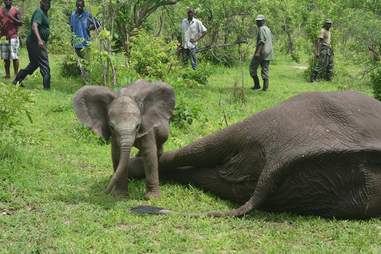 “Mum was fine when she woke up,” McRobb said. “The baby immediately snuck in there and had a suckle — he was famished from not feeding all night.” 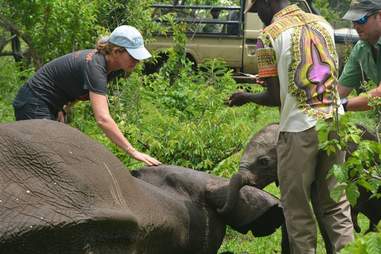 “The mum seemed very relaxed and very happy to be reunited with her baby,” she added. 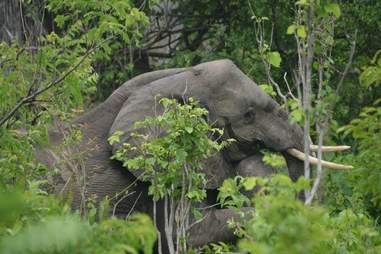 The mom allowed her baby to feed as long as he wanted. And when he’d finally had his fill, the two elephants walked off together.

“The most emotional part of the rescue for me was twofold — first watching the baby stand right by his mum while our vet gave the antidote, and secondly the smiles on the faces of everyone who helped,” McRobb said. “It really was amazing and probably the nicest thing that has happened all year for me.” 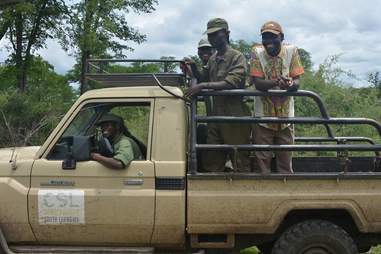