They know a lot about cheese

Few things get the Swiss going like a good wedge of cheese. Rock up to your first date with a wheel of Gruyère, or a rock-hard Sbrinz if you’re feeling saucy, and you’ve sealed the deal. Cheese is a national treasure and your Swiss date will happily show you these smelly ropes.

The Swiss are renowned for being pretty stiff when it comes to feelings and that whole socializing thing. This isn’t entirely true, yet every myth is based on a smidgeon of truth. So, if you like your relationships on the glacial side of the emotion spectrum, book your next flight to Zurich.

… and so are jokes

Tell your new Swiss partner that Cadbury’s is the best chocolate in the world and prepare yourself for a three-hour long breakdown of why you are wrong. An example of the caliber of humor you have in store for you: “Hans asked his boss for three days off: ‘A friend of mine is getting married and she wants me to be the groom.’” Priceless.

They can (probably) teach you how to ski

Many things are synonymous with Switzerland and skiing is one of them. When winter comes, it’s a national tradition to head off to the nearest ski slopes. So, it goes without saying that snow and ice lovers will love the Swiss.

Chocolate is totally a cliché gift, but there’s something about receiving luxury Swiss chocolate that makes that I-totally-didn’t-get-this-last-minute present a little more bearable. 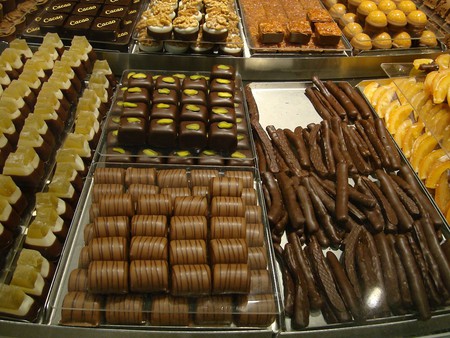 They can (probably) teach you some languages

Switzerland has four official languages (French, German, Italian, and Romansh). There’s a good chance your new Swiss partner will speak at least two of those, and at least some English. If you’ve got ambitions on becoming a polyglot then pairing off with a Swiss would be a good place to start (or you could just pay them for lessons).

The Swiss love the outdoors. With all of that wonderful nature surrounding you it would be unfortunate if you didn’t. Aside from skiing, you’ll quickly notice that the Swiss love a good hike and will head off most weekends into the mountains to escape the city. 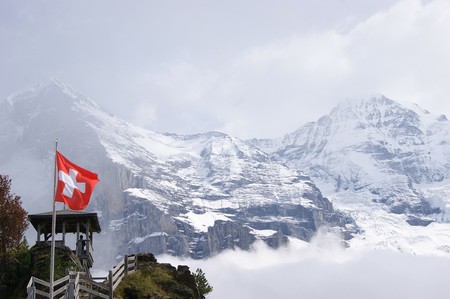 Switzerland really gets a bad rep. Expats (this writer excluded) frequently bad mouth the Swiss as being slow, unfriendly, rude, and unapproachable. So, dating a Swiss will not only help you, but also do the outside world wonders and show that they really aren’t terrible people after all. Good job.

If you get married, there’s only a 50% chance you’ll get divorced

There’s nothing like flipping a coin to decide your future. The Swiss are pretty much average when it comes to marriage and divorce rates, which hover around 40%-50%.

They aren’t all total bankers

It’s a stereotype that just won’t go away. Let’s be clear. Not all Swiss people work for a bank, nor do they necessarily have millions squirreled away in a secret James-Bond-villain-vault under the nearest mountain. For your information, some also make watches, herd cows, and yodel, on occasion.

They count their orgasms

It may shock you, but apparently, Switzerland is in the top three of the world’s sexiest countries, beating their famously shmoozy neighbor France. Apparently, the Swiss enjoy 10% more orgasms than others around the world, (how and why this is being calculated we’ll leave to your imagination). 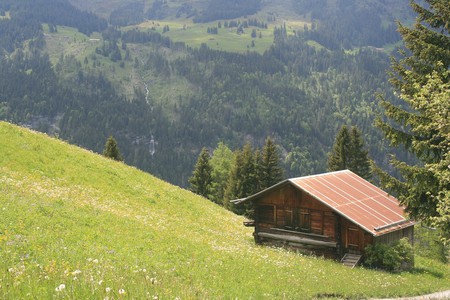 4 Gorgeous Cities In Switzerland (By Train)