Sydney is famous for its sparkling harbour, its beautiful beaches, its lush greenery… and its football scene? You bet. Other places in Australia might have the Harbour City covered for passion in the sporting department, but check out why the variety of competitions, the long history and the heated tribalism makes Sydney’s football scene so unique.

Melburnians, without doubt, are more bonkers about football… so long as it’s played with a Sherrin. You can’t beat Queenslanders’ passion when it comes to State of Origin rugby league but Brisbane only boasts four professional teams across four codes. Perth and Adelaide are fanatical about their home-town AFL clubs but would hardly know how to spell rugby. Sydney on the other hand? It’s a football lover’s buffet, brimming with four different dishes to choose from. 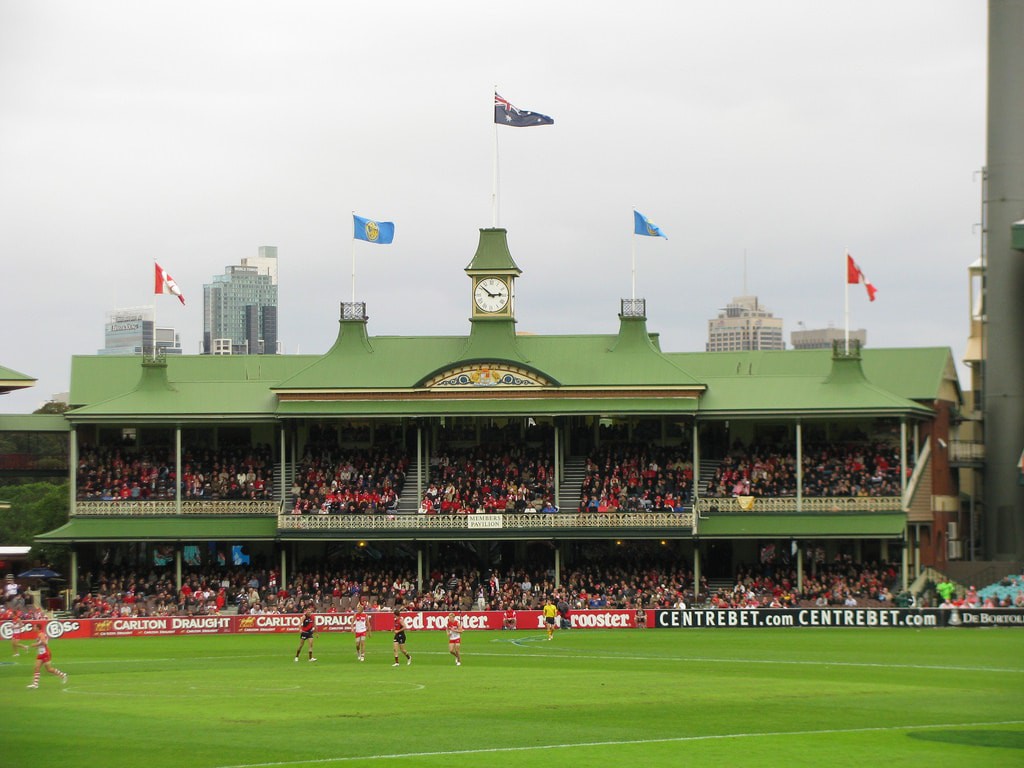 There’s no doubt that rugby league is the main course, with nine of the 16 clubs in the professional National Rugby League (NRL) based in the Harbour City. Sydney is also the headquarters of rugby union — the 15-man rugby code preferred in the salubrious suburbs in the north and east of town — in Australia, including Super Rugby franchise the Waratahs as well as a vibrant 12-team local league called the Shute Shield. Then there are AFL outfits the Sydney Swans and Greater Western Sydney Giants, who’ve made a happy habit of beating the Victorians at their own game, and football (or soccer) clubs Sydney FC and Western Sydney Wanderers, two powerhouses of the 10-team A-League.

Australia is only a young country — six British colonies federated to form an independent country in 1901 — but there’s nothing nascent about Sydney’s football scene. Rugby union has been played in New South Wales since 1874 and the New South Wales Rugby Football League (NSWRFL) — the forerunner of the modern-day NRL — split away in 1908 because of a dispute over player payments, drawing battle lines between the working class rugby league and the white collar union that are still in place more than a century later. Of the nine NSWRFL clubs that founded the league in 1908, seven still exist in some form today — meaning they boast histories just as lengthy as revered European football giants like Inter Milan, Feyenoord and Panathinaikos, all founded the same year.

The story of Sydney soccer stretches even further back, introduced by British immigrants in the late 19th Century. Wanderers (no, not the modern A-League franchise) were established in Parramatta in 1880, while Wollongong’s Balgownie Rangers are the oldest surviving football club in Australia, dating back to 1883 — years before Arsenal (1886), Liverpool (1892) or Chelsea (1905) were even a twinkle in their founders’ eyes. The National Soccer League — dominated by iconic clubs representing Sydney’s various ethnic groups like Marconi (Italy), Sydney United (Croatia) and Sydney Olympic (Greece) — enjoyed a stormy existence between 1977 and 2004, before the A-League was formed in 2005. Sydney FC were the competition’s glamour club from day dot until the Western Sydney Wanderers started challenging the Sky Blues for city supremacy when they were added to the league in 2012. 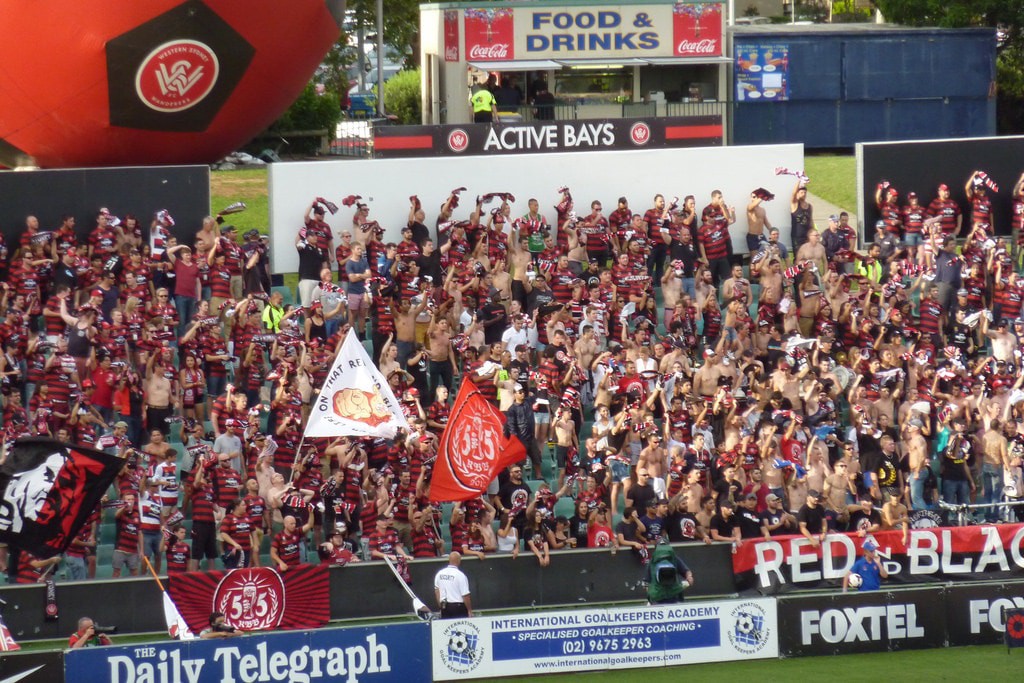 Sydney’s two AFL teams were a little later to the party. The Swans were established as South Melbourne in 1874 before relocating to the Harbour City in 1982 — becoming the first club to compete in the comp that’s now the AFL from outside Victoria — while the GWS Giants are the league’s youngest expansion side, born out of AFL focus groups in 2012.

Sydney is a patchwork of cultural enclaves — and that’s vividly reflected in the city’s football scene. A club from seaside Manly on the Northern Beaches or Cronulla down south is going to be different to one from the industrial inner-west; a set of supporters from the well-heeled Eastern Suburbs looks different to one from the hard-working west. Those divisions are played out in the city’s greatest footballing rivalries, such as the brutal ‘Fibros vs. Silvertails’ clashes between Wests and Manly in the 1970s, and the century-old feud between the Roosters and Rabbitohs, two inner-city NRL clubs from different sides of the tracks. Today the most colourful clash between Sydney sporting tribes comes when Sydney FC and the Wanderers lock horns in the A-League, a derby that may only be five years old but is fought with a passion that only comes with decades of class tension. The banter at work on a Monday morning over all these intra-city rivalries is something you miss out on in smaller cities with fewer clubs, or one-town teams where everyone wears the same colours. 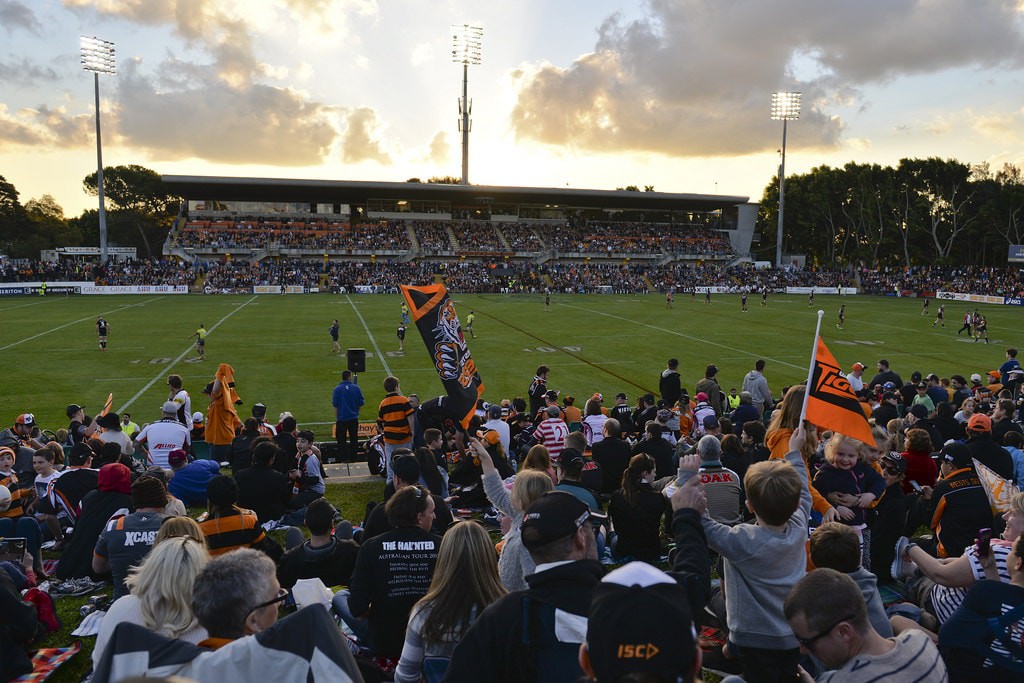 Granted, the tribalism in Melbourne around the AFL is something special — the stream of supporters donning beanies and scarves on the march from Flinders St Station to the Melbourne Cricket Ground every weekend is a sight to behold — but none have a ground to truly call home, with all nine Melbourne AFL clubs hosting all their matches at the MCG or Etihad Stadium. In Sydney — despite an increasing number of games staged at the cavernous 83,500-seat Olympic Stadium — clubs still play out of their traditional home grounds. The Shute Shield is so suburban you can literally smell the sausages sizzling on the barbecue. The Swans deck the Victorian-era stands of the Sydney Cricket Ground in red and white. And the NRL is home to a series of picturesque boutique venues across the city, the tree-lined Leichhardt Oval being the pick of the bunch. The survival of these famous old suburban venues — from the fig tree at the genteel North Sydney Oval to the vast hill at Henson Park, each steeped in history and tied to the cultural identity of its neighbourhood — is one of the most unique aspects of Sydney’s football scene.