Sintra, Portugal has made a name for itself as one of the most beautiful towns in Europe—and it’s among the most romantic destinations as well. Covered in castles, palaces, and manor estates, the town is a dream-come-true for those who are romantics at heart, and the wild coast, green hillsides, and perfectly manicured lawns all add to the aesthetics and appeal for getting cozy next to someone special. Sure, Lisbon’s neighboring town is the perfect solo getaway for a weekend away from the capital, but it is undeniably a top destination for couples needing a little romantic retreat, too.

Inside the town, narrow roads covered in cobblestones and lined with small restaurants and cafés hint at the country’s culture and heritage. It seems almost natural to hold hands while ducking in and out of the charming buildings. One in particular that’s a must-visit is the Casa Piriquita, well-known in the area for their travesseiro (pillow) pastries, a sticky yet crumbly rectangle of puff pastry filled with egg and almond cream. 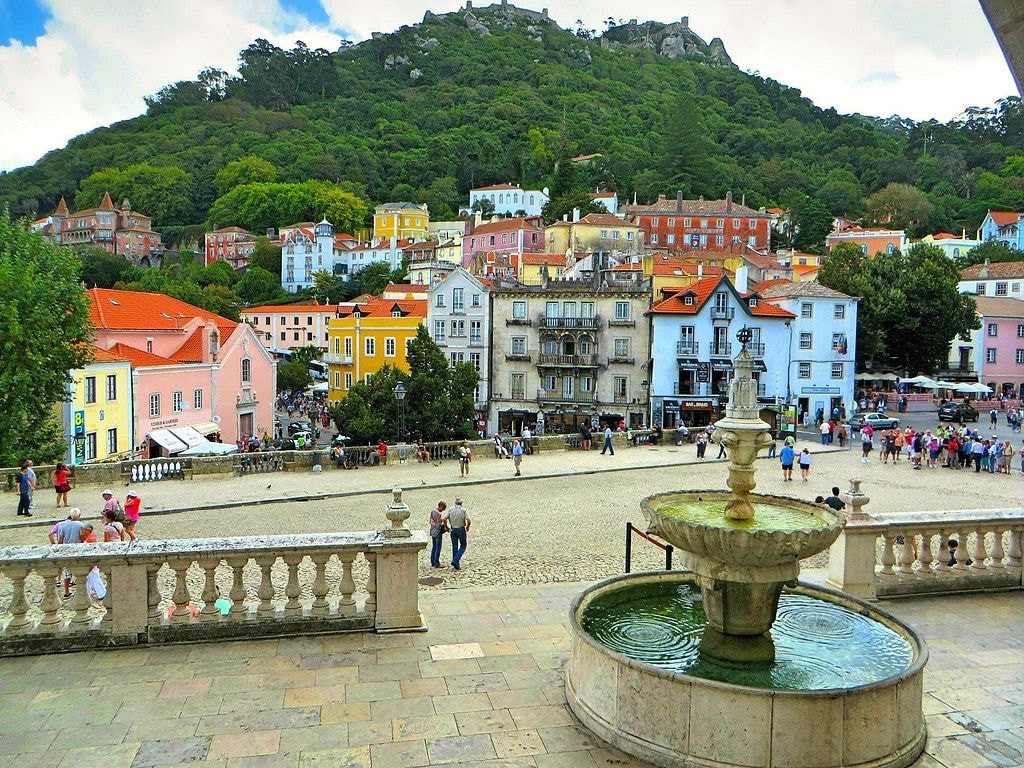 There’s no wondering how this town came to be so beautiful when you dig into its history; located in the lovely Sintra Mountains, it was where Portugal’s wealthiest families retreated for centuries. After a time, the town’s reputation shifted to one of mysticism and intrigue, attracting the attention of famous literary minds such as Lord Byron and a few famous Portuguese poets/writers. Myths and legends have added to the town’s allure, and the right tour guide should be able to share a few stories with curious visitors. 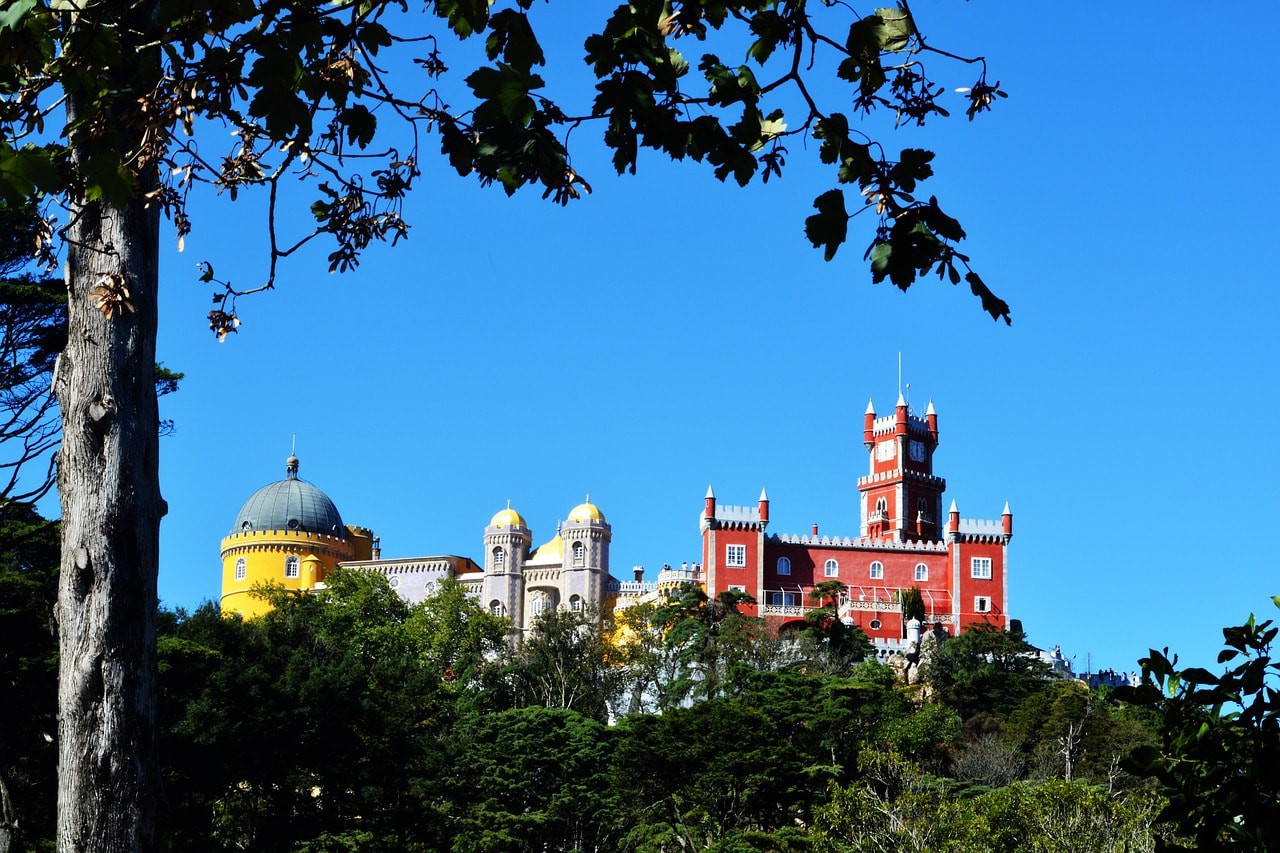 Although the town’s origins extend back towards the first few centuries AD, and the Castle of the Moors dates back to 8AD, Sintra’s romanticism began in the 19th century when Austrian-born king consort King Ferdinand II purchased and renovated the Monastery of Nossa Senhora da Pena, turning it into the world-famous Pena Palace. His personal tastes influenced the construction and decoration of the building, which has become a favorite point of interest for visitors today. The expansive grounds are sectioned by romantic pathways through gardens and forest. 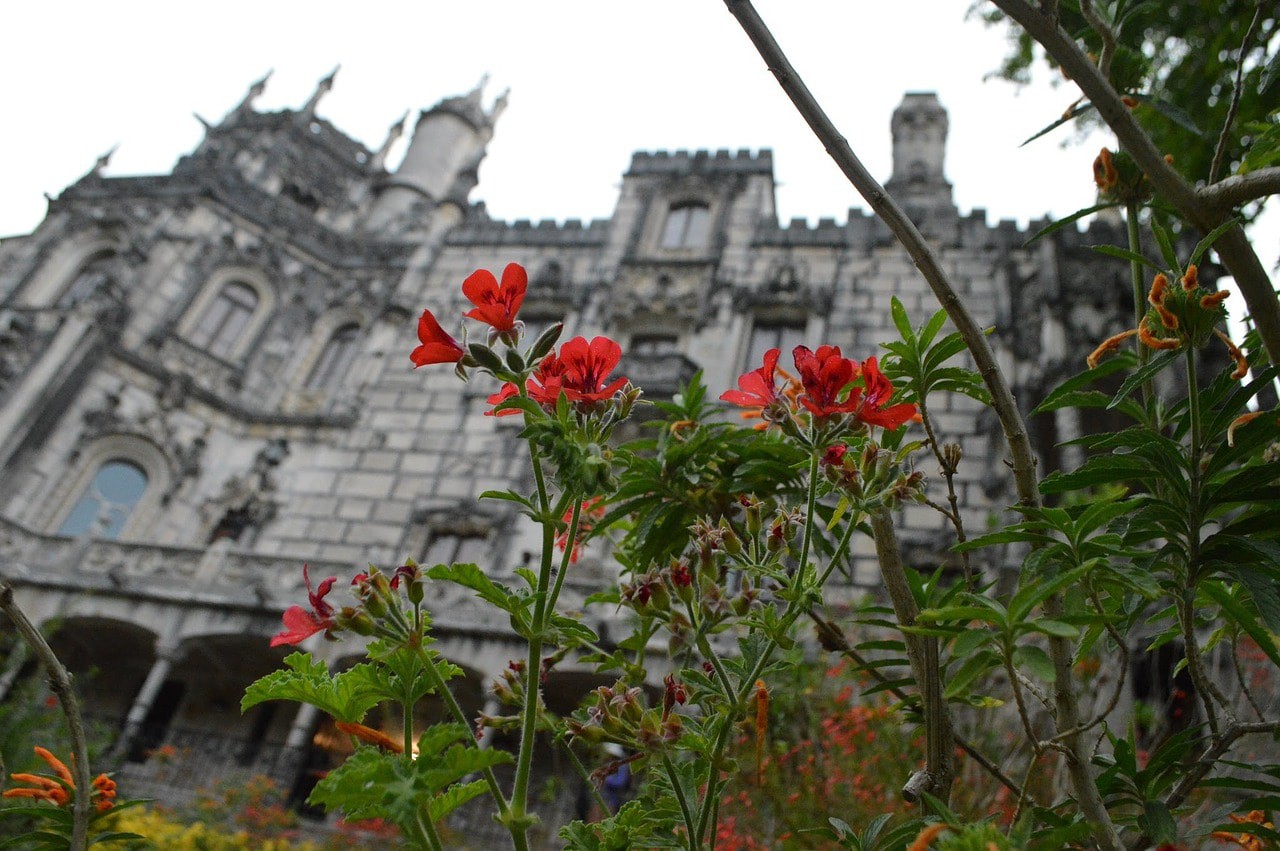 Each estate in Sintra (many named as UNESCO World Heritage Sites) has its own unique personality, but as a collective they make a stunning and jaw-dropping picture. The Quinta da Regaleira is bewitching in its gothic appearance, while the ornate Monserrate and grand Seteais Palaces each reflect their own unique grandeur. From the lobbies to the beautifully manicured grounds, it’s easy to feel in love while exploring these exquisite grounds.

There’s a reason why coastal destinations double as romantic destinations, and Sintra is a hop, skip, and jump (or short car/bus ride) from a few of Lisbon’s beautiful beaches as well.

5 Beautiful Portuguese Names And What They Mean

Portugal Has Beautiful Beaches And These Are The Least Crowded