By this time, the maple leaf had been adopted as an emblem by the French Canadians along the Saint Lawrence River.

Its popularity with French Canadians continued and was reinforced when, at the inaugural meeting of the Société Saint-Jean-Baptiste in 1834, the maple leaf was one of the numerous emblems proposed to represent the society. Speaking in its favor, Jacques Viger, the first mayor of Montreal, described the maple as “the king of our forest; … the symbol of the Canadian people.” 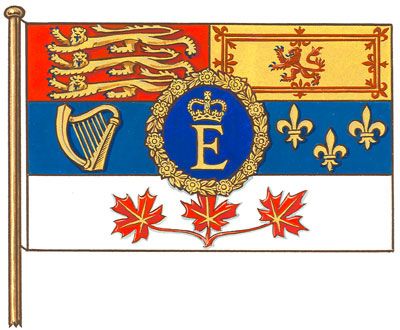 The Queen’s Personal Canadian Flag, showing a sprig of three maple leaves as part of the design 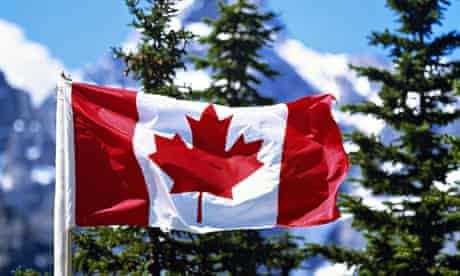 The flag of Canada, featuring a stylized maple leaf in the center

In 1867, Alexander Muir composed the patriotic “The Maple Leaf Forever”, which became an unofficial anthem in English-speaking Canada. From 1876 until 1901, the leaf appeared on all Canadian coins and remained on the penny after 1901. During the First World War, badges of the Canadian Expeditionary Force were often based on a maple leaf design.

The use of the maple leaf as a regimental symbol extended back to the 1800s, and Canadian soldiers in the Second Boer War were distinguished by a maple leaf on their sun helmets. In 1957 the maple leaf color on the Canadian arms was changed from green to red.

The maple leaf finally became the central national symbol with the introduction of the Canadian flag (suggested by George F. G. Stanley and sponsored by M.P. John Matheson) in 1965, which uses a highly stylized eleven-pointed maple leaf, referring to no specific species of maple. Earlier official uses of a maple leaf design often used more than 30 points and a short stem. The one chosen is a generic maple leaf representing the ten species of maple tree native to Canada—at least one of these species grows natively in every province.

The maple leaf is currently used on the Canadian flag, logos of various Canadian-based companies (including Canadian subsidiaries of foreign companies and small businesses with only local operations) and the logos of Canadian sports teams.

Examples include Air Canada, McDonald’s Canada, General Motors Canada, the Toronto Maple Leafs NHL franchise, the Toronto FC soccer club, and Wendy’s Canada (using the maple leaf in place of the normal apostrophe found at U.S. locations). It is also used by the Federal Government as a personification and identifier on its websites, as part of the government’s wordmark. 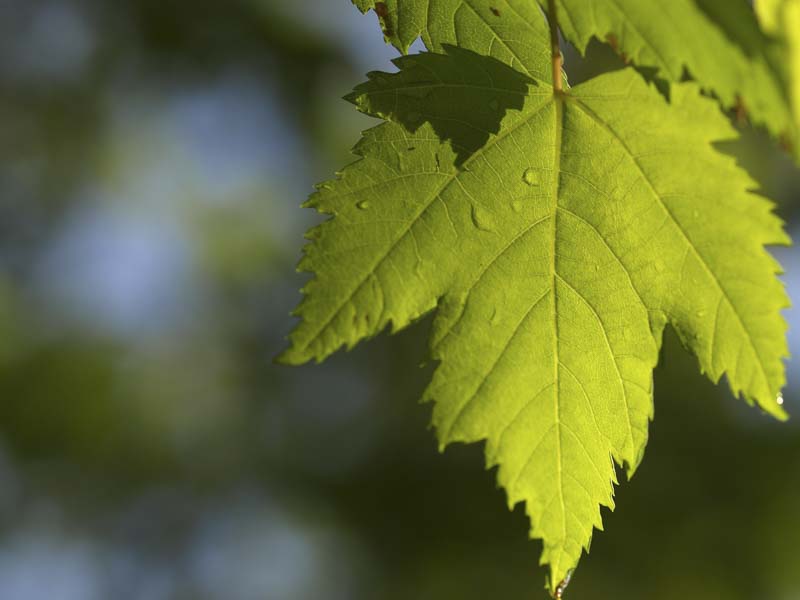 Since 1979, the Royal Canadian Mint has produced gold, silver, platinum, and palladium bullion coins, which are officially known as Maple Leafs, as geometric maple leaves are stamped on them. The Trans Canada Highway uses a green maple leaf.