Over the last years, Canada became a popular destination for people from all around the world looking for a better place to live and new opportunities for their careers. In 2018 more than 310 000 people immigrated to Canada.

The country promoted an immigrant-friendly policy which made it easier to apply for visas and created a warm and welcoming atmosphere.

Canada continually tries to make the immigration process easier for you and your family. There are currently over 70 different immigration options across the country.

If you are still not sure if moving to Canada is a good idea- here are nine reasons to live in Canada: Due to an ongoing labor shortage, there are thousands of foreigners needed by Canadian companies. If you are a skilled worker, finding a job shouldn’t be a problem at all. Unlike other countries, you don’t need to have a job offer anymore before you move to Canada.

Immigration options like the Express Entry’s Federal Skilled Trades Class make it possible to move to the country first before you start looking for a job. Canada is one of the wealthiest countries in the world and has one of the fastest-growing tech industries. The country is part of the G7 economies and forms together with Germany, Italy, the US, Japan, and France the most robust economies worldwide.

Canadian companies are always on the hunt for well-skilled foreigners to move to Canada and work for them. A lot of times, the companies even help you through the visa process and make it easier for you to settle in your new home.

Unlike other countries, Canada decreased its taxes over the last years and offered the highest standards of living. The average annual income is around $40 000. 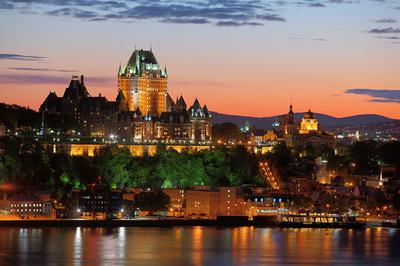 Healthcare is considered a fundamental right in Canada and citizens, and permanent residents have access to the health care they need free of charge. As a Canadian citizen, you will be able to apply for a Health Care Insurance Card. It can take up to three months after your arrival until you receive your card. Nevertheless, you will have automatic emergency coverage as soon as you live in the country. Once you received your Health Care Insurance Card, you will be able to access the same treatments and benefits as every other member of your community.

The overall treatment process may seem to be slower than in other countries, but the quality of Canadian health care is one of the best in the world with the highest medical standard. Every resident is entitled to around $6500 per year to keep everybody healthy.

The Canadian government truly takes care of its people, and if you face any health challenges, you can be sure that you will be supported. Affordable housing, sick payments, and access to social assistance programs are all part of the overall wellbeing program. Canadians receive a lot of social benefits to help raise children and get people out of poverty, and people also get more holidays off per year. Canada also has generous maternity leave benefits for mothers and fathers.

Canada spends a lot of money on its education programs and makes education accessible to people from all economic backgrounds. Canada has some of the world’s top institutions of higher education and is known for its reputations around the globe. Primary and secondary education is free, for every child as well as post-secondary studies.

Therefore it is not surprising that Canada is known as one of the best-educated countries in the world and has the highest rate of college graduates.

You will be surprised that there are a lot of public services which will help you to enroll your child at the nearest school. They will also help you to open a bank account and to apply for your tax number when you are new in the country. Canada is a multicultural country and does everything to protect its citizens against discrimination. Canada supports the dual citizenship program, and people from all religious backgrounds are free to maintain their spiritual practices as well as cultural heritage. Apart from that, it also makes newspapers and media content accessible in different languages like Arabic and Chinese and helps immigrants through translation services.

Canada is a peaceful and tolerant nation and became in 2005 the 4th country in the world that legalized same-sex marriage.

The government is proud of their cultural diversity in the population and encourages people to represent their nationality at school and their workplace.

Canada is known for its incredible stable democratic system and one of the lowest crime rates in the world. One of the reasons why you won’t find any American-style ghettos in Canada is the sound benefits system in the country.

There is not a massive gap between the rich and the poor and people feel treated more equally.

Canada also has a very fair justice system that believes that all individuals have a right to be judged without interference from third parties.

The country also spends a lot of money to prevent crime. The overall gun ownership rate is much lower than in the US since most people feel safe in the first place. The country also has a fantastic police system to protect its citizens and reduce the need to buy guns for self-protection. 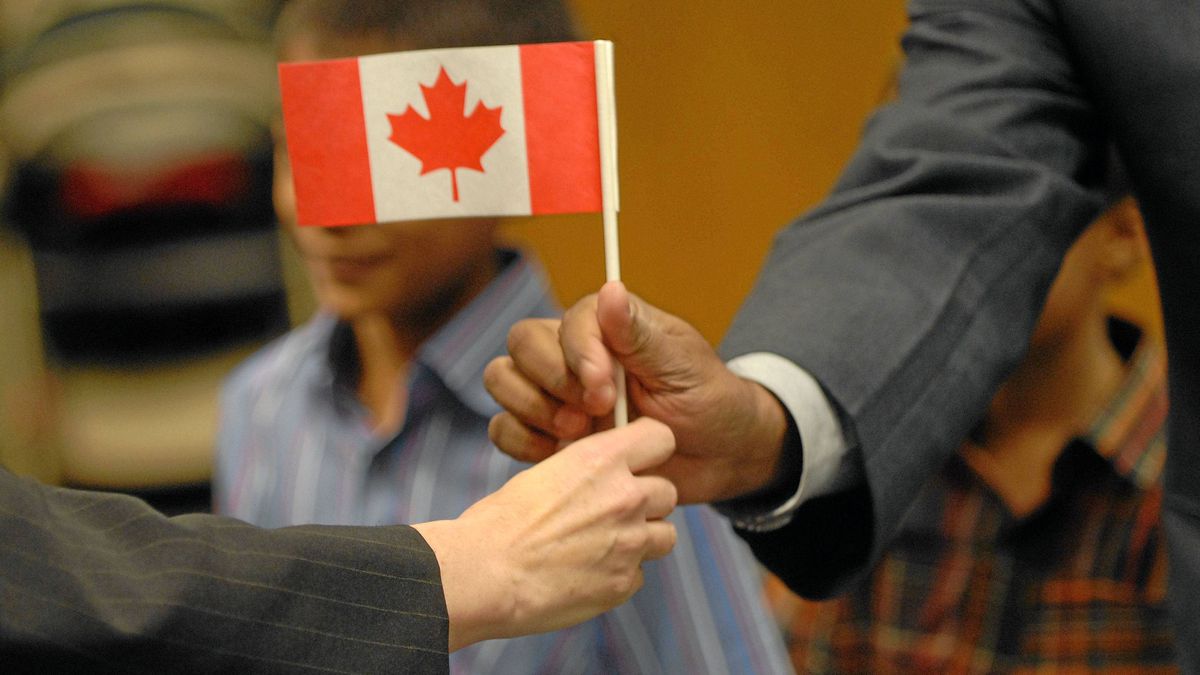 Personal freedom and the right for your privacy are essential for Canadian people. Under the law, the Charter of Rights and Freedoms citizens are protected against any form of discrimination and racism. Canada is incredibly tolerant and allows its citizens to live freely without fear of any government oppression. Canada has a strict anti-discrimination law and prosecutes every act of racism.

Every person has the same rights no matter what kind of ethical background, religious or sexual orientation.

From its historic buildings to its world-renowned parks, to its breathtaking scenery-Canada is a beautiful country and has one of the lowest population densities in the world and huge parts are uninhabited. With almost 10 million square kilometers, Canada is the second-largest country in the world and undoubtedly one of the most beautiful.

You will find lots of mountains, and vast national parks with amazing views of crystal clear lakes and rivers. All in the neighborhood of some of the most attractive cities in the world.

Canadian cities like Toronto and Calgary are also known as the cleanest in the world.

Canada is filled with famous attractions like the Thousand Islands and Niagara Falls, which makes the country one of the most exciting places worldwide. Canada is an animal lover’s paradise. You will find over 200 species of mammals, 462 bird species, and a hugely diverse range of marine life like blue whales and orcas.

You can easily spend every weekend skiing, whale watching, kayaking, or hiking around this spectacular wilderness. If you are brave enough, you can even swim with a polar bear. There is nothing you can’t do in Canada.

Especially during the warm summer months when the days are long, there are plenty of outdoor activities you can do for free or very cheaply. There are sporting events and picnics. Canada is very family-friendly and provides a feeling of togetherness with lots of community events such as festivals for families with kids. Canada has a wonderfully varied climate. In summer temperatures can even reach 35 degrees.

A lot of parts of Canada also have more than 2000 hours of sun per year. Summertime is also the best time to visit one of the beautiful sandy beaches. Long Beach in Vancouver Island is probably the most famous one and worth visiting.

Autumn in Canada is short but is famous for its beautiful burst of bright colors that you won’t forget. 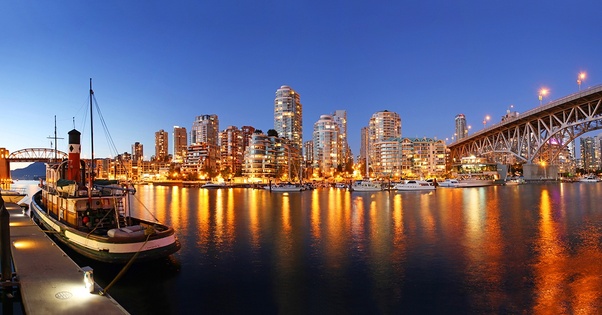 Winter can be a bit challenging, especially if you are in the North of Canada.

The good news is you can still move to Victoria, the warmest city in the country. With 9c on average, it rarely dips below zero even in the winter months.

If you are willing to move a bit outside the cities, you will realize that Canadian houses are cheaper and much more spacious than what you are used to. Canada has a lot of space, and the Canadian people genuinely know how to make use of it.

Usually, houses come with a vast garden and a beautiful terrace. It is not uncommon to have a swimming pool as well as a sauna inside the house.

Even if you decide to live in a city like Quebec, renting can be as cheap as just $ 914 per month.

The benefits of moving to Canada are clear, and the question is not if you should move to Canada, but rather when you will move to Canada. Canada is a beautiful country with a beautiful landscape. Furthermore, Canada has a forward-thinking culture and holds many opportunities for you and your family to start a new life.

6 Free Things To Do in Vancouver Canada