Dutch children are the happiest in the world. Recently, Unicef has published a report on child well-being in rich countries, which ranks the children based on child well-being: material well-being, health and safety, educational well-being, behavior housing, and environment and subjective well-being. The Dutch babies are led in 3 out of 5 in those categories and ranked 1st in the total list. In addition, surveys from other organizations like the WHO also have reached unanimous conclusions as to the happy state of Dutch children. So why exactly are these kids the happiest in the world? Let’s discover The Secrets of Dutch Parents To Raise The Happiest Children In The World.

Dutch Parents are The Happiest Parents In The World 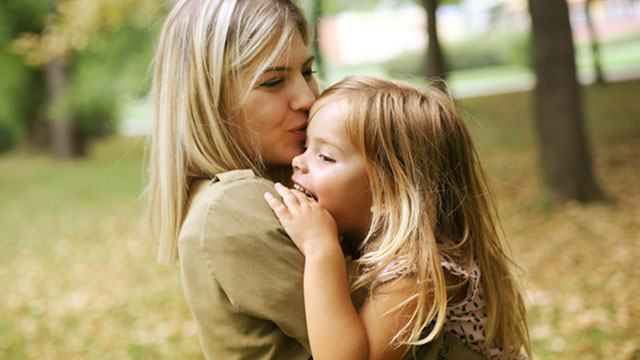 Nowadays, happiness is measured as an indicator of happiness, and it was taken quite seriously. It is not a surprise that the happiest kids in the world will have parents who also are among the happiest people. According to the United Nations report on World Happiness, the land of Tulips is ranked 4th in the top happiest countries on Earth.

Dutch Babies Find it Easy to Talk To Their Parents 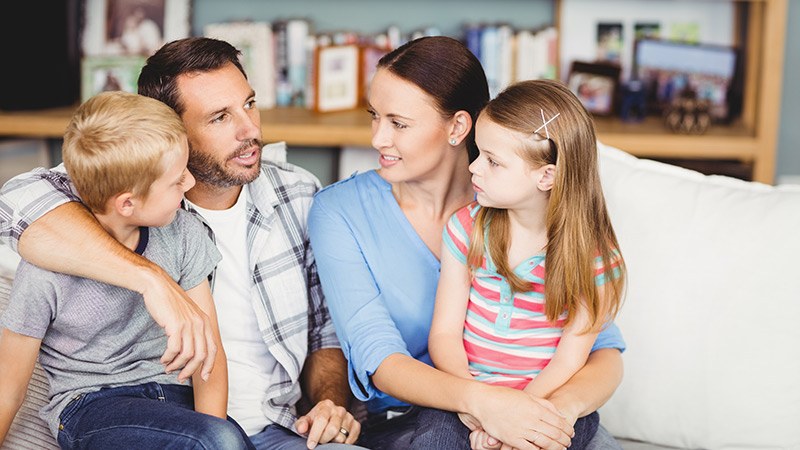 The Dutch approach to parenting combines old-school family values with very modern respect for children’s autonomy and opinions. This method produces very happy children as well as helps their mental development. The children will grow up confident, resilient, and sure of their place in the world. In the Netherlands, you will find the children easily discuss their troubles and Children can easily discuss what’s troubling them and express their opinions.

A survey showed that Dutch parents will check with their children first before any decisions, even when they are 2 years old. They will listen to and respect their child’s opinions, and it translates into producing confident teenagers. It helps them to grow a belief in themselves and their right to be heard and respected.

Dutch parents believe that it will be much easier, calmer, and relaxed for their baby if they have a stable routine. Therefore they help their baby build a habit of doing daily things at specific times. Dutch babies normally have a constant daily schedule for feeding time and sleeping times. This schedule will make sure they get enough sleep and eat enough. Even when the children are older, a Dutch family still has a consistent mealtime and fixed bedtime. However, that does not mean that Dutch parents are authoritarian. Their baby’s schedule can be flexible to make them feel even more comfortable.

Their Families Eat Together 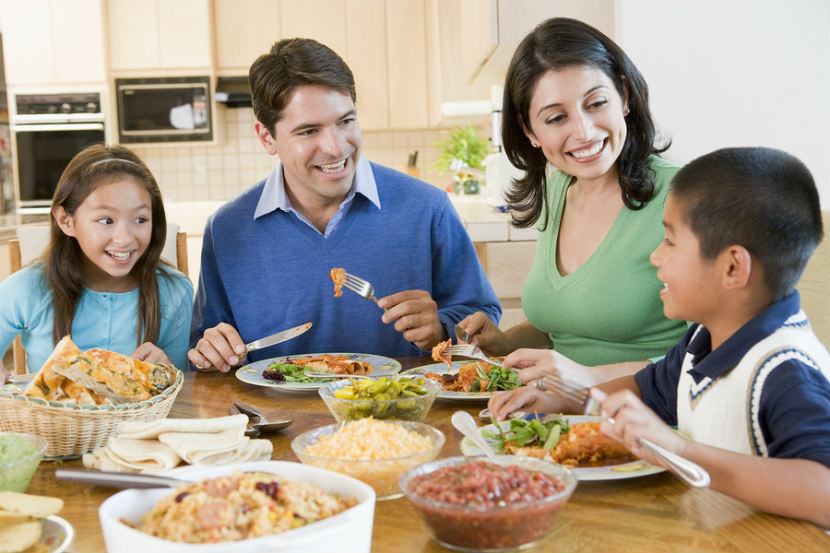 Family time is important in the Netherlands. Children regularly eat dinner with their parents, including breakfast and dinner. This means the whole family sits and eats at the same time.

They prioritize combination with their favorite food, easy and fast food options, affordable and nutritious. The Dutch in general eat a balanced, healthy diet and don’t eat too much.

However, you may be surprised that they can eat chocolate sprinkles or slices of chocolate with butter on their white bread for breakfast. How can the Dutch kids not be happy about that?

Dutch parents believe they need to set a good example for their children to follow and form their behavior. And when they tell their children to do something, they say it in a firm, consistent, clear way rather than simply asking. Good behavior is underpinned by compliments and unacceptable behavior stops immediately. In addition, good manners are taught to Dutch children at an early age. You will find the kids in the Netherlands knowing to say words like “please”, “sorry”, and “thank you” when needed since they are still very young.

Education in the Netherlands is seen as a path to a child’s personal development and happiness, rather than a path to competitions or achievements. Therefore, Dutch parents and teachers aim to minimize learning stress, leading to better school experience. They believe that the best progress is made when it is led by children, not by parents. They don’t put any unnecessary pressure on their kids. Dutch parents also give their kids the freedom to explore and find their own boundaries. The kids will have a minimum amount of homework and there’s plenty of time to play and relax. 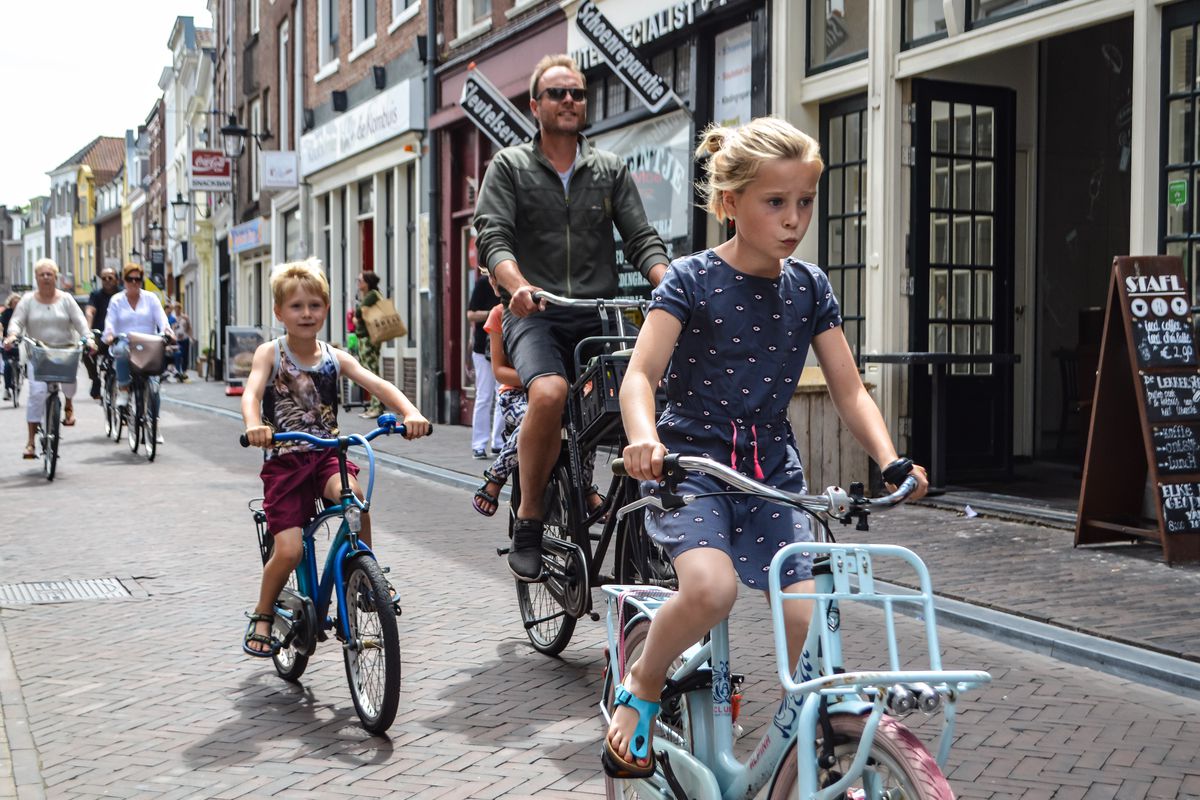 As mentioned, Dutch children are allowed to have plenty of free time to discover on their own. Their parents encourage them to do outdoor activities, explore nature, and play folk games rather than watching tv or playing video games. In fact, parents believe that playing outdoors is very important for their children’s development.

The most favorite outdoor activity in the Netherlands is cycling. The Dutch love getting around on two wheels on dedicated bike paths, and drivers reflexively looking out for cyclists means that it’s very safe. Children have the freedom to cycle off to school, visit friends or go to sports, giving them confidence, exercise, and loads of independence; what child wouldn’t be happy about that?

Focusing on Work and Life Balance

The Netherlands citizens work on average 29 hours per week – the shortest working hour of any developed country. They are proud to be European part-time champions -By 1996 the Dutch government gave part-time employees equal status to a full-timer, paving the way for a more balanced work-life reality for its citizens. People there believe that physical and mental health is more important than work. They also sleep on average more than anyone else in the world (8 hours and 12 minutes per night). All of this means that Dutch parents are more willing to spend time with their children. With such a great work-life balance, both parents can share the responsibility to raise their children. The Dutch father is known to spend at least one day a week to spend time with his children. And often parenting care will include parents working together, plus additional help from both grandparents, as well as neighbors and caregivers.

Dutch Families Have Lots of Vacations

Vacationing is an integral part of Dutch life. Three vacations a year are normal for a middle-class family, and they usually last for 3 to 4 weeks. In the midst of these holidays, they still find a way to travel on long weekends. But these trips are not necessarily luxurious. Camping is the Dutch most preferred vacation – mainly because it is an economical way to travel, and allows children to freely roam in a comfortable setting.

The Dutch Citizens Have A Simple Life

The norm in the Netherlands is simplicity – simple operations, low costs, and a practical approach. Frugality can be felt in every aspect of Dutch culture and social policy. The Dutch choose time over money. This teaches their children to appreciate what they have instead of always wanting more.

There you go, now you have the secrets of dutch parents to raise the happiest children in the world. We hope that this information will help you to find new ideas in parenting. Do you have any questions? Let us know in the comments!

Is Alkmaar Worth Visiting? 2021 Travel Guide

Going Dutch: 10 Attractions In The Netherlands That Prove It’s Europe’s Most Underrated Country

Canals of Leiden – the most beautiful icon in Leiden