If you’re looking for a city with fairytale architecture and gas-lit cobbled alleyways, you should probably stop reading now. Book a flight to Prague or Paris and be done with it. For Cologne (or Köln), is at first glance underwhelming in its postwar geometricity, with more busy roads than pedestrianized ones and only one blockbuster sight in the form of its towering cathedral. And even that’s the stuff of Gothic horror, not fairytales.

But what the city lacks in aesthetic appeal it makes up for in character by the bucket-load, with an open-minded, artsy scene that prompts obvious but accurate comparisons with Berlin, and a completely different kind of beer-drinking culture. Here are seven compelling reasons why you should go to Cologne for your next city break.

1. Because it has a unique beer culture… 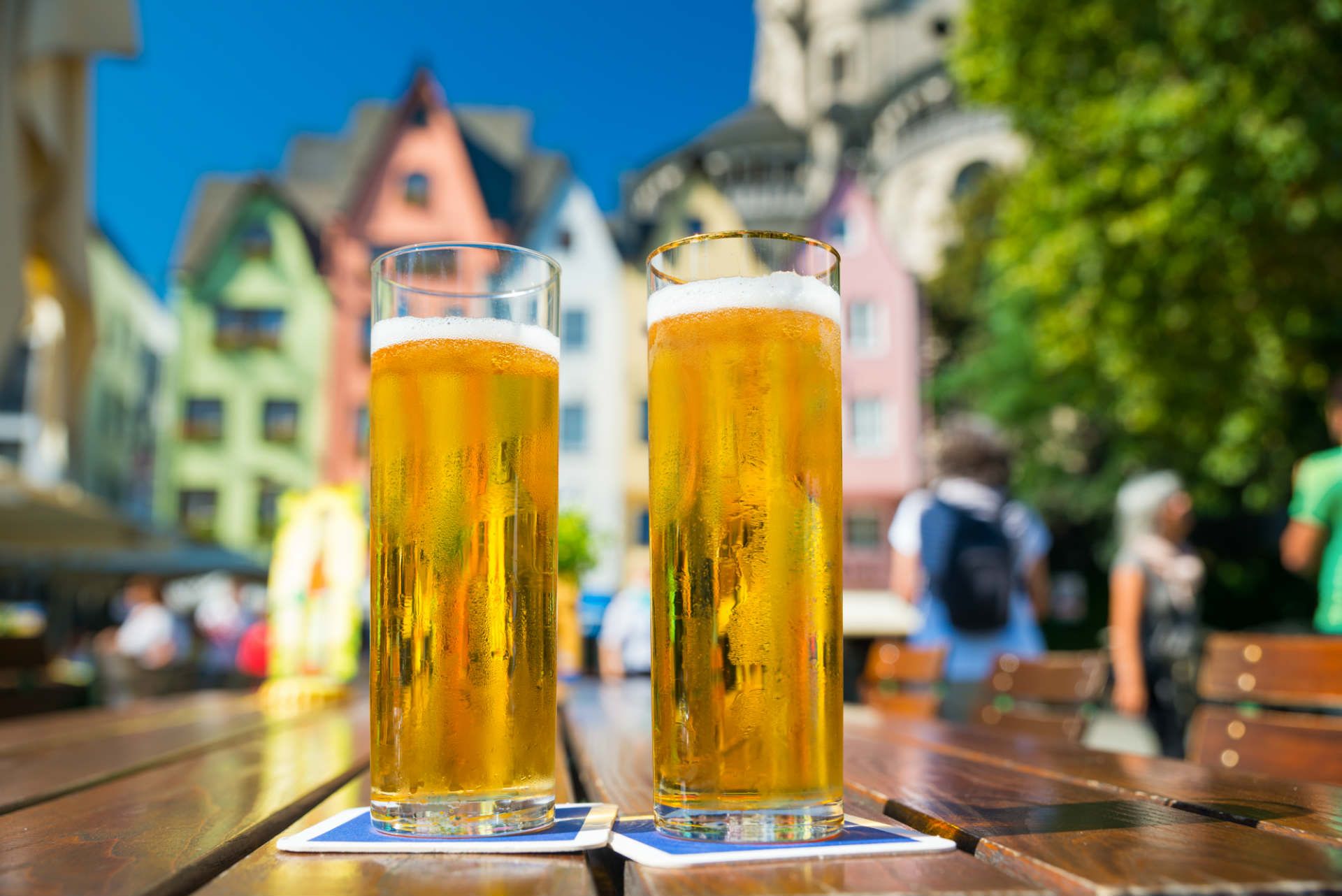 If you thought Germany’s beer culture was all about oversized steins of frothy lager clinking together, think again.

Here, the Brauhaus serves up skinny 20cl glasses of Kölsch, a pale and hoppy beer that, a bit like Champagne, must be made in Cologne to be granted the title. Expect the köbes (waiter) to keep slapping cold beers onto your table until you admit defeat and place a beer mat over your glass.

Peter’s Brauhaus, Gaffel am Dom and Früh are the big names in the Altstadt and each offers a rousing, if slightly gimmicky, experience. For those who take their beer a bit more seriously, the microbrewery in Ehrenfeld has a wide range of brews and runs popular tasting sessions and tours.

2. …and cool wine culture, too

Of course, it’s not all about beer in Cologne. The city also has a taste for wine – the nearby Middle Rhine Valley is home to some of Germany’s finest vineyards.

The standout spot for wine is Wein am Rhein. The ambiance here is almost the complete opposite of a Brauhaus; tranquil and sophisticated with thoughtful decorative touches, like the hundreds of drooping white pockets of material hanging from the ceiling. If you go for the four- or five-course weinschmecker menu, sommelier Melanie will explain how the wines complement each dish with a degree of passion as intoxicating as the house aperitif.

3. Because of the cool grit and graffiti of Ehrenfeld

Lazy travel writers describe anywhere remotely hipster-ish as “The Dalston of…” these days, but the similarities between East London’s coolest neighborhood and Ehrenfeld are too great to ignore.

Ehrenfeld’s main artery, Venloer Strasse, affronts the senses with the fumes of its traffic and Turkish takeaways, with the odd boho café – squeezed between a pound store and an offy–pumping the irresistible aroma of roasted coffee into the street.

Occasionally you’ll be enticed away from the main drag by a residential street like Koernerstrasse, with its festive bunting joining the dots between boutique shops and charming brunch spots like Sehnsucht.

A little further north, poke your head down Senefelderstrasse to see Belgian-born graffiti artist ROA’s contribution to the district’s ever-growing exhibition of street art – a boney rabbit dangling from the roof of a building.

4. Because there’s a post-apocalyptic event space 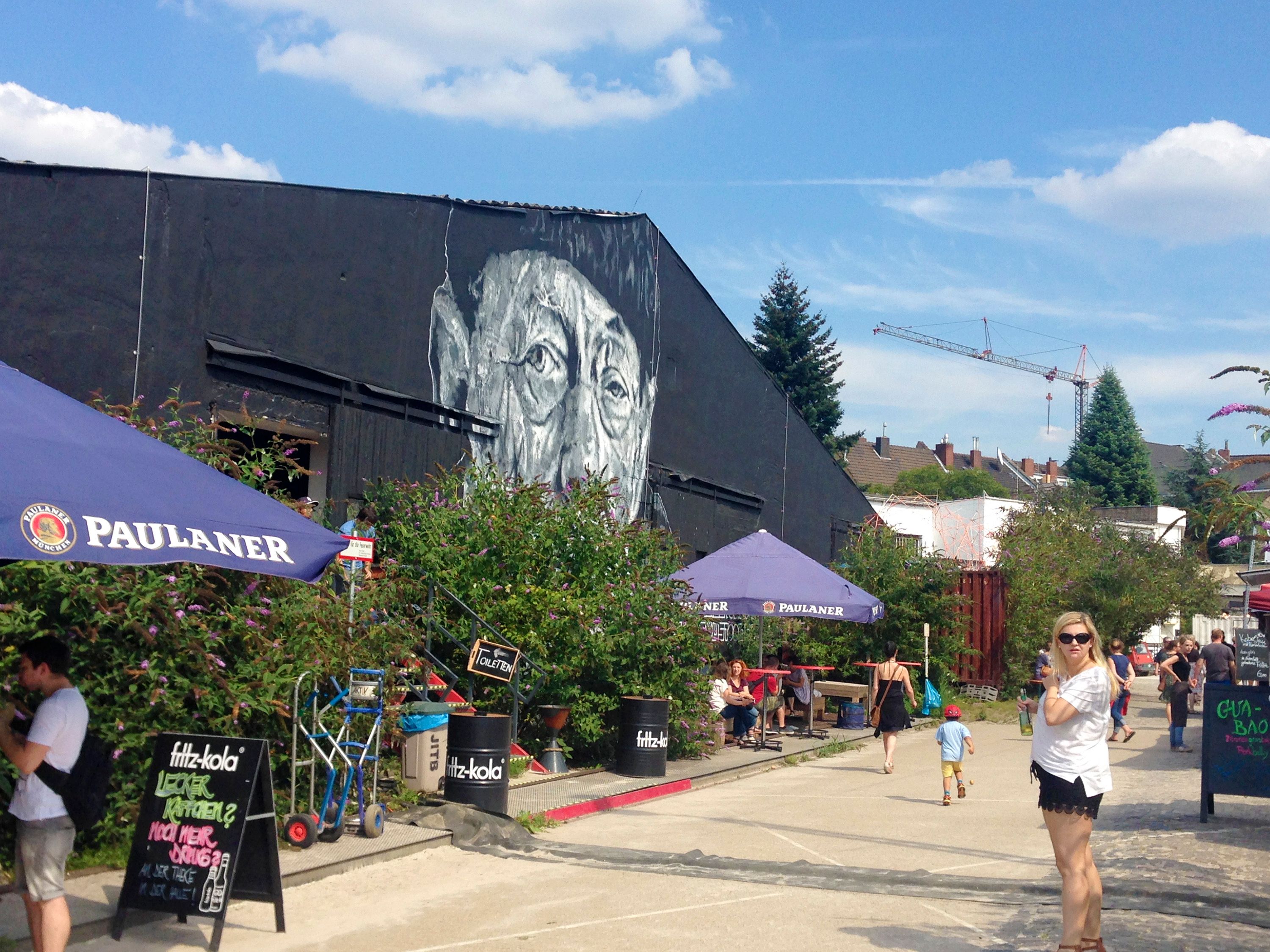 Further out of town still, Jack in the Box is well worth the trek. If you get lost and end up traipsing through a post-apocalyptic scrapyard, you’re on the right track.

The reward for your efforts is a dusty, sparse space – littered with upcycled freight containers – that hosts everything from flea markets to gigs. During the Street Food Festival, you can take your pick from food carts like Turbobao and Raph’s BBQ to the sound of a DJ spinning the likes of Fela Kuti and Mayer Hawthorne.

5. Because you can see the city from a different angle on the Rhine

Whether you walk alongside it, cross it, or hop on a boat down it, you can’t visit Cologne without checking out the Rhine.

The most accessible part of the river is the pretty Rheingarten, lined by some of the most pleasingly German-looking buildings that you’ll see in the city center – all housing tourist-trap cafés and restaurants. Lounging on the grass or people-watching on the promenade seems to be how the locals pass time around these parts.

Nearby, the Hohenzollernbrücke railway bridge (the busiest one in the world, no less) is one of Europe’s gazillion ‘love-lock’ bridges, but lower than eyebrow – it’s actually pretty impressive. On the south side of the 800-meter bridge, there are around two tonnes worth of locks. In some parts, space has run out and the locks start to climb the bridge’s steel railings like poison ivy (or something more romantic).

6. Because there’s ping pong and cocktails in the Belgian Quarter 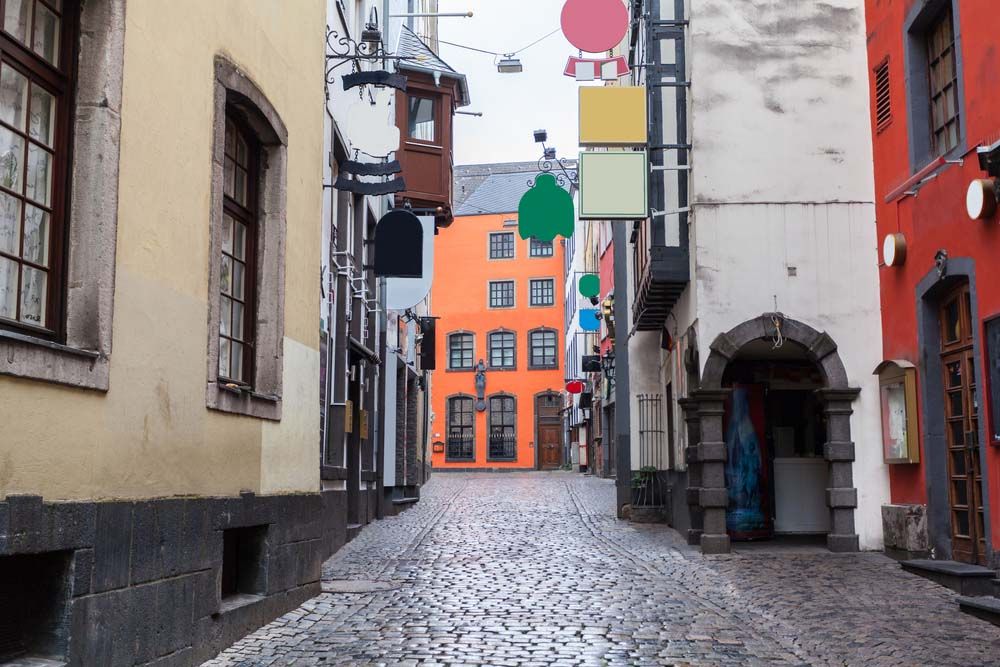 The chic Belgisches Viertel (Belgian Quarter) escaped the wartime bombing that flattened much of Cologne’s Altstadt, leaving a collection of beautiful Art Nouveau apartment buildings that give an impression of what the city would have looked like a hundred years ago.

The Centre of the action is Brüsseler Platz. During the day people come here to sip milschkaffe at a café, play ping pong on one of the fixed tables around St Michael’s Church or attempt to escape from a room at the recently opened Team Escape on the north side of the square.

At night the area throngs with under 30s. Those looking for a cocktail can while away their month’s wages in understated Little Link, anyone who wants to ‘be seen’ will head to Arty Farty Artspace (their words, not mine), while everyone else hangs out in the square like there’s no tomorrow.

7. And finally… because flights there are ludicrously cheap at the moment

Even if you’re a purist when it comes to budget airlines, it’s pretty tough to turn down the RyanAir and Germanwings flights to Köln/Bonn Airport – starting from as low as £15 return from London (yes, really) and similarly affordable from other European cities.

11 Reasons Why Cologne Might Just Be Germany’s Coolest City

Unravelling the Architectural Delights of Germany

Fairytale In Germany: Enchanting Castles You Can Stay In