For many countries, warmer weather is just around the corner! One of the best-known symbols of the spring season is the beautiful tulip. When you think of tulips, you may naturally think about Holland and their famous ‘Tulip Mania’ era during the Dutch Golden Age.

Interestingly, the tulip is not native to Dutch countries. Historians believe the tulip probably originated on land somewhere between Northern China and Southern Europe. The plants were soon cultivated in the Ottoman Empire (present-day Turkey) and then imported into Holland in the sixteenth century. In 1952, well-known Dutch horticulturist, Carolis Clusius, wrote the first major book about tulips. This created a huge interest in the flowers, pushing the tulip into popularity and thus, into what is known as ‘Tulip Mania’.

‘Tulip Mania’ is considered to be the period of 1634 – 1637 when a single tulip bulb was sometimes worth as much as a house in Amsterdam! At the start, growing tulips became a favourite hobby of the wealthy. Because of this, the middle-class population would seek to own tulips since the flower became seen as a symbol of wealth and prosperity. Commoners quickly began to notice that the price of bulbs was driven up due to the fascination with the flower and began to use the phenomenon to their advantage.

Soon bulbs were being sold at a great profit – sometimes changing hands several times a day. In the winter, when tulip bulbs were buried in the ground and not blooming, people sold paper “contracts”. The paper essentially stated that the person was buying the right to dig up the bulb when the flower had bloomed in the spring. It was not long before the Dutch were obsessed with the lovely tulip. And if they could not afford a real bulb, they would settle for objects such as art, ceramics, pictures or fabric with the tulip on them. In the year 1637, tulips prices ‘crashed’ and ‘Tulip Mania’ came to an end. 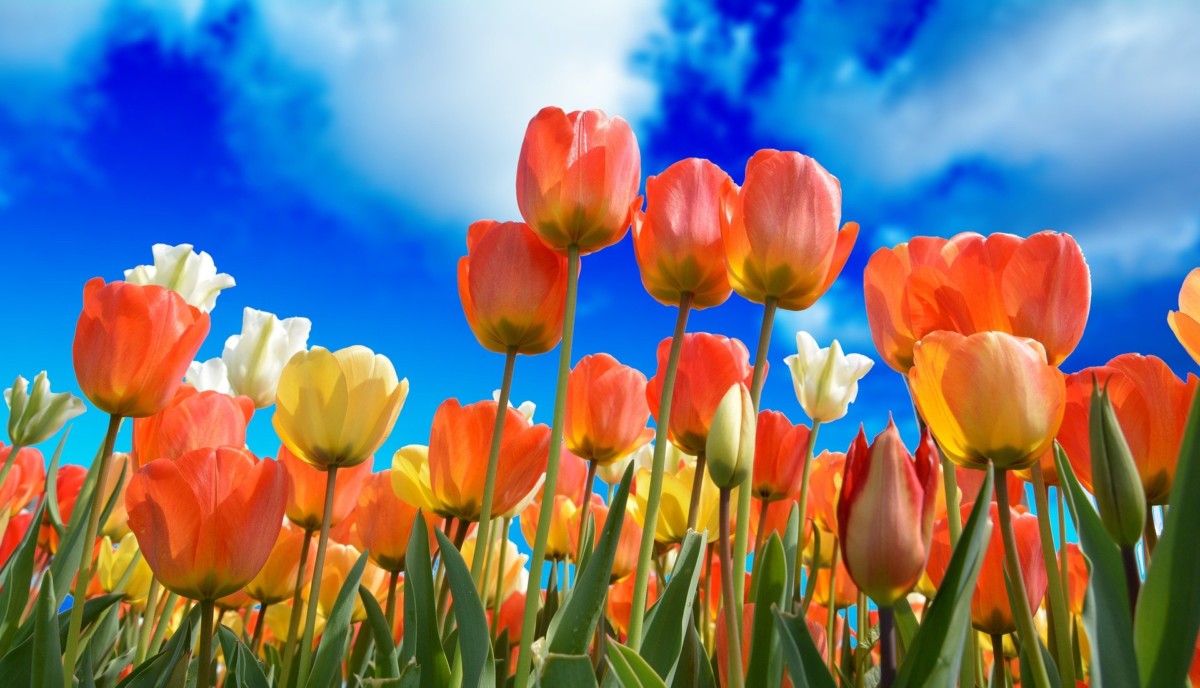 The Dutch tulip trade, however, is still alive and well. The Netherlands has perfected the art of growing the tulip and is considered a major provider of bulbs worldwide. People around the world have fallen in love with this beautiful flower. Learn more by watching this amusing, informative video, ‘The History of the Tulip’, on the Amsterdam Tulip Museum’s website!

Where to see Dutch tulip fields?

If you don’t know the difference between Holland and The Netherlands, please watch this video. Then you’ll understand why I am always talking about The Netherlands in my blog posts, as this website is all about this entire country. But when it comes to tulips, you can actually see them in Holland, and more specifically, the North Holland province.

You can see tulips north of Amsterdam, roughly between Den Helder, Schagen and Medemblik. The soil of the dunes is very fertile and perfect for growing tulips. Then there’s the region between Hillegom, Lisse and Noordwijkerhout, which is probably my favourite place to see tulips and it’s wedged between the beautiful cities of Leiden, Haarlem and Amsterdam. So some tulip-spotting will also give you the opportunity to check out these fine cities. Last but not least, you can see Dutch flower fields in the region between Hoorn, Enkhuizen and Medemblik.

What happens to all these tulips? Actually, and this may come as a bit of a shock to some of you, but tulip growers don’t care about the flowers. For them, it’s all about the bulbs. The bigger the flower bulb, the more money the farmer can make from it. Not long after the tulips bloom, the growers will chop off the actual flowers, leaving only the stem and leaves. These provide nutrition for strong bulbs.

How long do tulips grow?

If you’ve ever put tulips in a vase, you know that they don’t last very long. Tulips basically bloom between 3 and 7 days. So, why is it that you can see fields and fields of them in Holland? Well, first of all: you will also see fields full of other flowers. Second of all, tulips and other Dutch-grown flowers are in high demand, so farmers have planned for this blooming period between March and May to take full advantage.

How many tulips are grown? 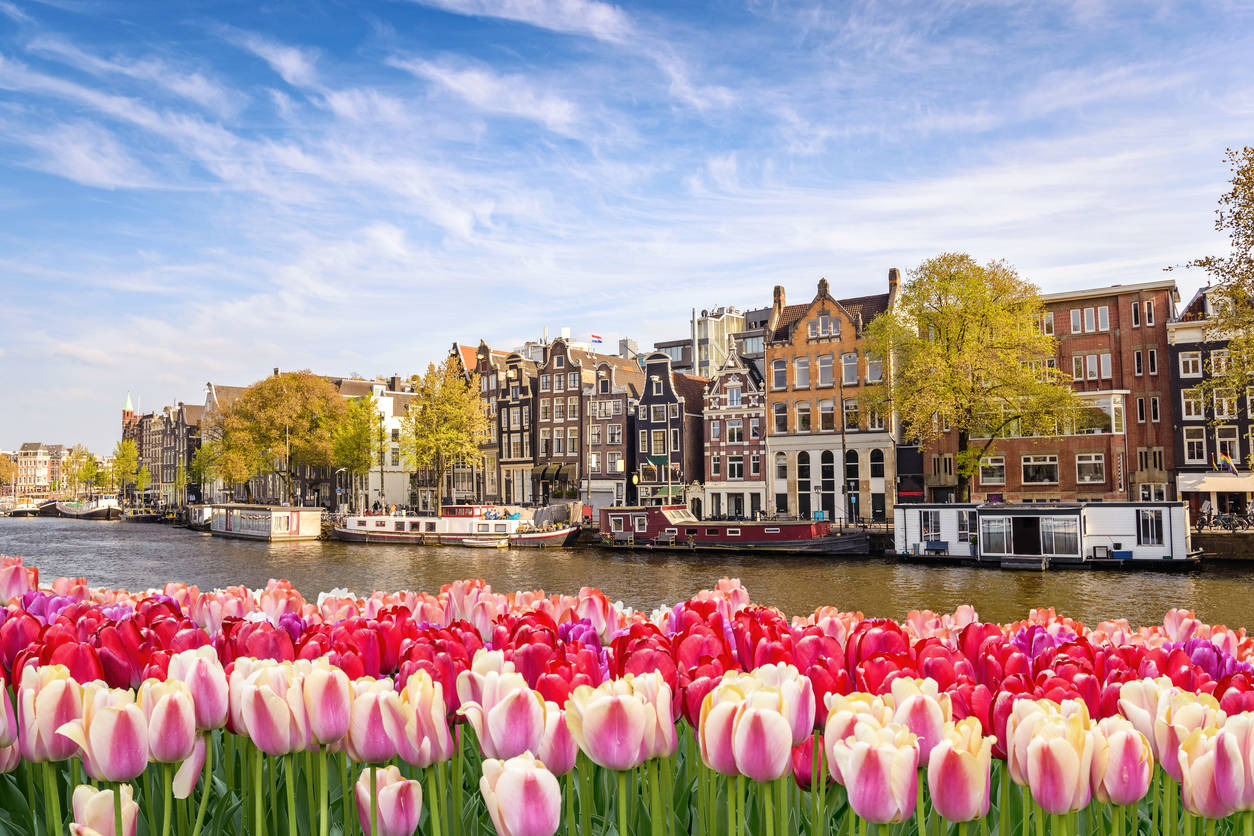 Growers plant the bulbs in October, so the flowers will bloom between March and May. In total 15549 hectares of flower bulbs are grown in Holland, 11693 hectares being tulips.

Do tulips stay in The Netherlands?

Nope! Though we Dutch have a soft spot for tulips and we can buy them in shops and supermarkets from January on (these are mostly from greenhouses), most flowers and bulbs are exported. The Netherlands export over 3 billion (!) tulips and tulip bulbs every year.

Fun fact: for the urbi et orbi by the Pope at Easter, Saint Peter’s square in Rome is completely decorated with Dutch flowers. These flowers are shipped to Vatican City 5 days before Easter.