The Dutch moved the sea to build their nation – and became the world’s tallest people in the process.

Heading west out of Rotterdam I walked along red-brick pavements, past crooked townhouses and pellucid canals, past fragrant Surinamese restaurants and out-of-town supermarkets, until I got to the port. And that’s when I saw them: the cows, a herd of them, at sea, chewing the cud on a floating farm.

Moored up in a murky marina, the offshore farm looked more like a barn. It had a curved roof that reminded me of waves, and a gangplank that gave the cows access to an uninviting strip of grass on the dock. The see breeze brought with it wafts of manure. In the distance, cranes loaded cargo onto ships and barges cruised by laden with petrochemicals. The herd looked incongruous in the industrial landscape.

A life raft for the dairy industry in a changing world, Rotterdam’s floating farm was designed to be adaptable to rising seas and to reduce dairy’s sizeable carbon hoofprint, hence the solar panels and rainwater-harvesting roof, which provides drinking water for the cows.

The animals themselves are also unwitting recyclers; their diet consists of grass cuttings from parks and golf courses, and potato peelings from Rotterdam’s frites industry, which churns out the chunky chips Dutch people like to eat at almost any time of day, ideally slathered in mayo.

“Our cows eat the biomass residue from the city and upcycle it into fresh and healthy milk,” explained Minke van Wingerden, a partner in the project.

Since opening last year, the floating farm has become a curious attraction in Rotterdam. Believed to be the first of its kind, the project continues two longstanding Dutch traditions: conquering the ocean and dairy farming, which between them have not only helped shape the Netherlands, much of which was stolen from the sea, but also its people, whose appetite for dairy has fuelled their remarkable growth.

A land of giants, the Netherlands is the loftiest nation on Earth: the average height of a Dutchman is 182.5cm; a Dutch woman 168.7cm. By comparison, their American counterparts measure 177.1cm and 163.5cm respectively. It wasn’t always this way. A review of Dutch military records for a study published by the Royal Society of London found that in the mid-1800s, men in the Netherlands were actually among the shortest people in Europe.

“In 1860, Dutch military men were about 165cm tall,” said Professor Louise Barrett of the University of Lethbridge, Canada, who was part of the study. “At that time men in the US were around 5cm taller.” This, added Barrett, made Americans the world’s tallest people.

Since then, however, there has been a remarkable role reversal: in just 160 years, Dutchmen have shot up by 20cm, soaring past their American counterparts, who have grown just 6cm.

Environmental factors have also sent the Dutch soaring, added Barrett, citing the Netherlands’ world-leading healthcare system, low levels of income inequality and excellent social welfare system as another explanation for them overtaking the Americans. “[In the Netherlands] everything is geared towards producing high-quality babies that then don’t suffer any of the kinds of things that reduce height,” she said. “Every time you mount an immune response it costs you energy that otherwise you would have put into growth.”

Then there’s the Dutch diet: people in the Netherlands have a voracious appetite for dairy, and studies suggest this has contributed to their increased height. “Calcium builds bone and growth is dependent on having a good supply of that,” Barrett explained. 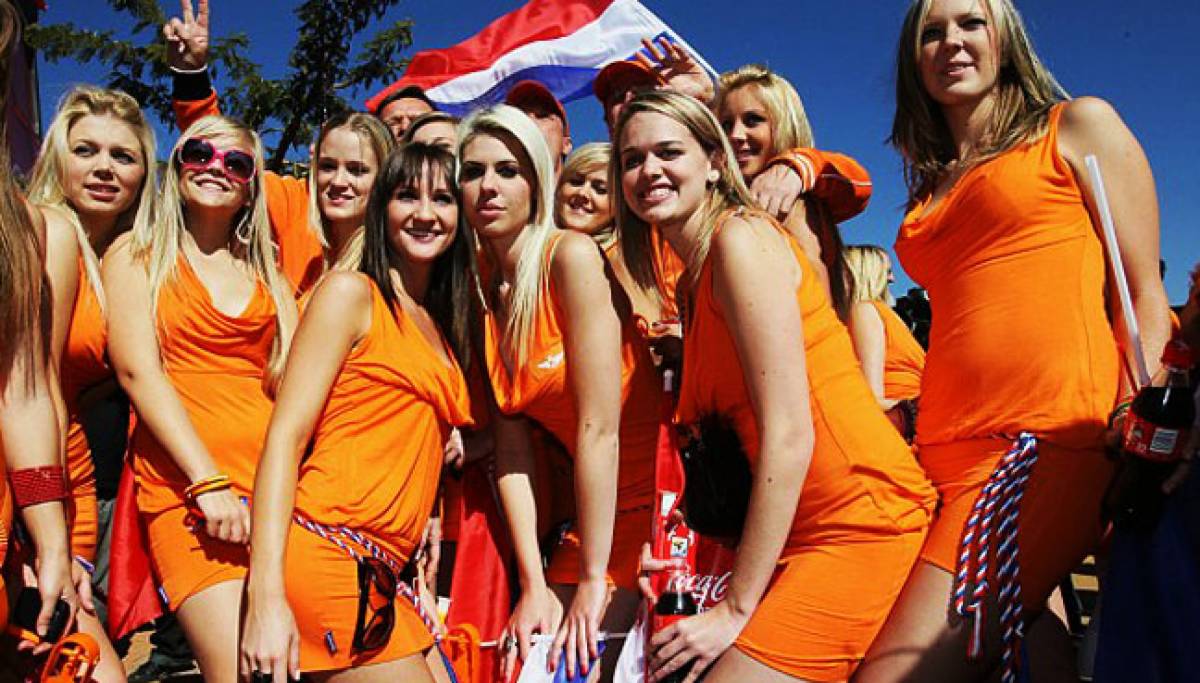 According to Ben Coates, author of Why the Dutch Are Different: A Journey into the Hidden Heart of the Netherlands, Dutch love of dairy is a result of the country’s manmade geography.

The biggest single Dutch landgrab came with the construction of the Zuiderzee Works, a mind-boggling engineering project that saw the Netherlands steal another 1,620 sq km of land in the heart of the country. Work on this sprawling network of dams and dykes started in 1920 and many Dutch people never lived to see it finished, as it wasn’t completed until 1997.

According to Mewis Hettinga, a retired cheese scientist from the city of Woerden, which lies 40km north-east of Rotterdam in the so-called “Cheese Valley”, the silty reclaimed land was too acidic for growing vegetables or grains. “But it was very good for grass,” he said.

Consequently, as the sea was pegged back, Dutch farmers turned not to cash crops like wheat, but to cows, which grazed merrily on what had once been the ocean floor. Hettinga, who runs cheesemaking workshops in Woerden and, by his own admission, “likes to talk about cheese”, says the pastures were particularly abundant in the northern province of Friesland, birthplace of the eponymous Friesian cow, now ubiquitous in the UK and Ireland. According to Coates, the breed has even left its hoofmarks on the White House lawn – US president William Howard Taft kept a Friesian named Pauline.

On reclaimed land, the country’s dairy industry boomed and sent milk consumption soaring, along with the Dutch themselves. They remain among the biggest consumers of milk in the world.

What the Dutch didn’t drink, says Coates, they turned into cheeses like Gouda and Edam, which are sold in giant, wax-covered wheels and take the name of the Dutch cities where they were created. Those eponymous cities, along with Woerden and beautiful Alkmaar, are amongst the best places to witness the Dutch love affair with dairy at its most ardent.

They host the most famous cheese markets in the Netherlands, where traders and farmers indulge in the time-honoured Dutch tradition of haggling animatedly over wheels of cheese, before settling on a price and sealing the deal with a handshake. In Woerden, farmers bring their wares to market on antiquated tractors and clip-clop across the market square in their wooden clogs which have chunky heels that add another couple of inches to their height, as if they needed it.

Someone who could do with that boost is me: topping out at 176cm, just shy of the average American, I do feel short in the lofty Netherlands, and at the floating farm I wondered if van Wingerden was trying to tell me something when she offered me a bottle of milk, produced on the water by her offshore herd.

It was too late for a growth spurt, I conceded, but I accepted with grace and downed it in one.

2 thoughts on “Why are the Dutch so tall?”