Why exactly are New Zealanders known as Kiwis? It’s a question that baffles even the most culturally-aware travelers – and the answer is much more obvious than one might think. Here’s a hint: it’s directly tied to the curious bird species that has, along the years, become the country’s national symbol.

Okay, but why the kiwi?

To start answering this question, one must simply look at the country’s history.

New Zealand’s indigenous Māori have always held the kiwi bird in high regard. They called it the hidden bird of Tāne, the God of the forest – or ‘te manu huna a Tāne’ in the native language. Cloaks made out of kiwi feathers, known as ‘kahu kiwi’ were treasures (taonga) reserved exclusively for tribal chiefs. These feathers are still believed to hold high heritage value in present times. 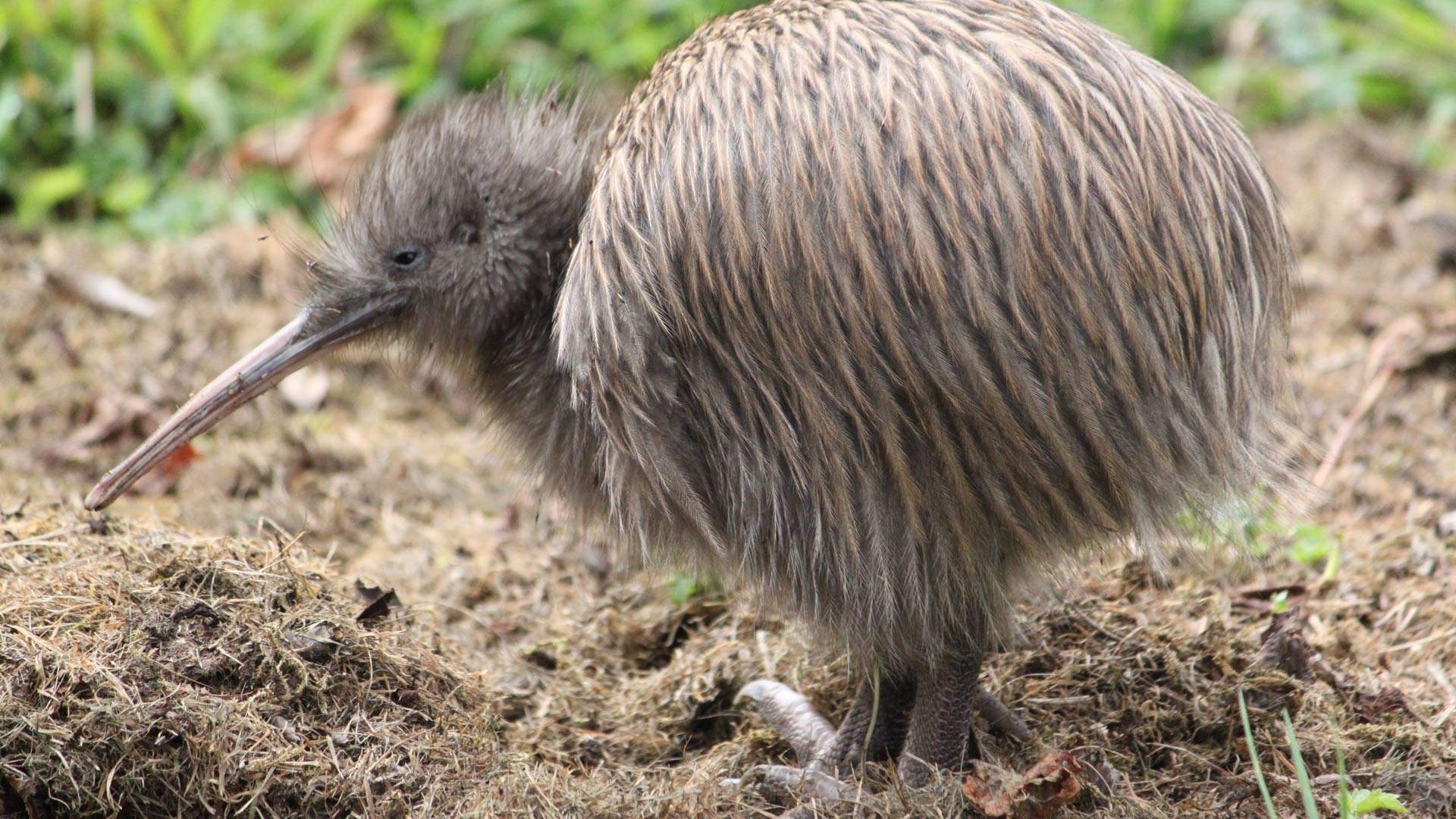 European settlers took a little longer to show fondness for this peculiar little bird. The kiwi actually caught European attention in 1811 after its skin ended up in the hands of British Museum zoologist George Shaw. Upon inspection, Shaw created his own artistic impression of the bird in question – which, in truth, was closer aligned to that of a penguin.

By 1851, however, more was known about this curious creature – and London Zoo became the first place outside of New Zealand to house a living kiwi. The female bird spent 15 years alone in this strange new environment, as hundreds of little spotted kiwi in her homeland were slaughtered for their soft, grey pelts. 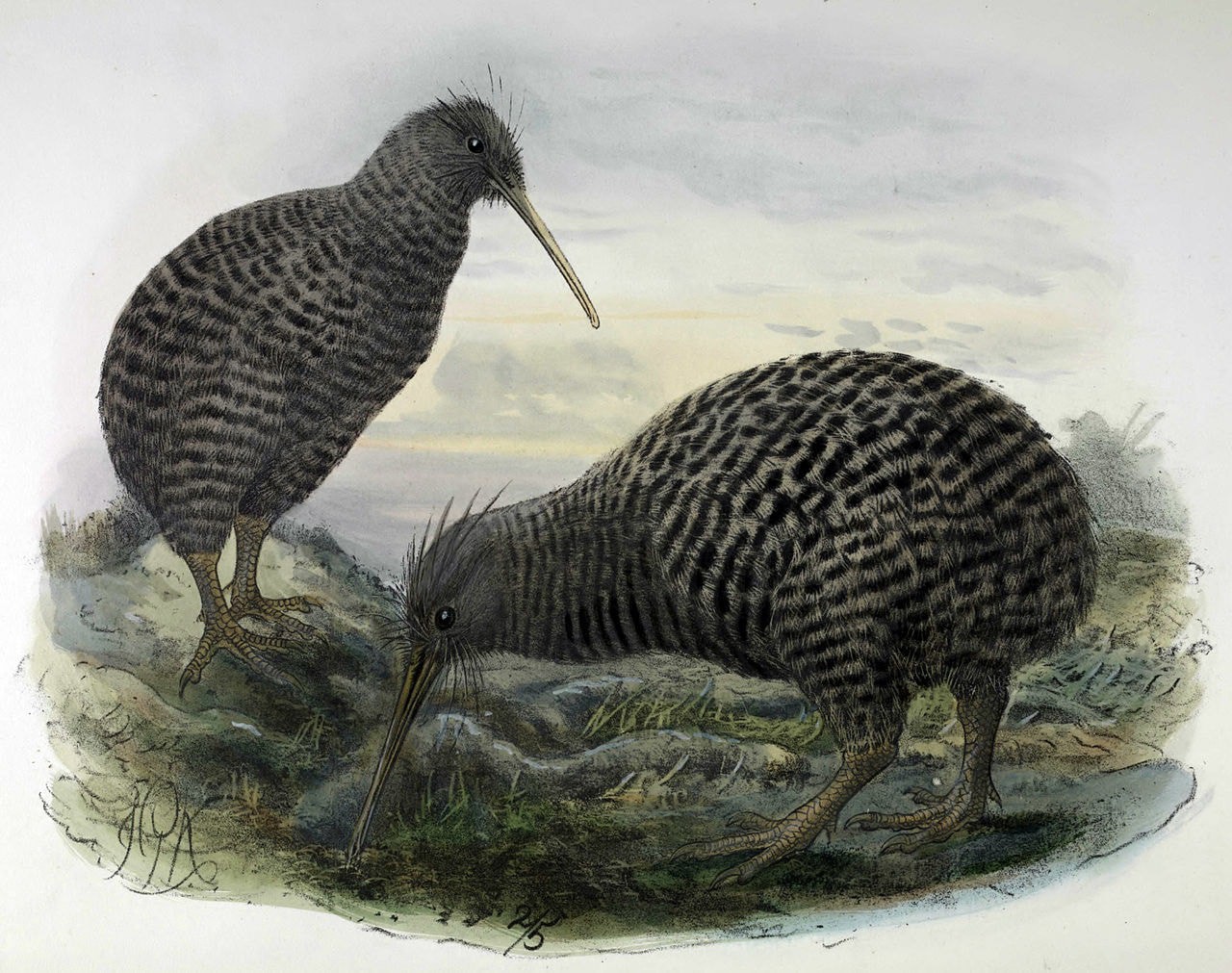 Setting the scene: the kiwi as an emblem

The first depiction of the kiwi as New Zealand’s national symbol can be traced as far back as the early 1900s. In 1904, the New Zealand Free Lance printed a cartoon by J. C. Blomfield which showed a plucky kiwi as it transformed into a moa – an extinct native bird species which, at the time, was deemed to be much tougher than its smaller companion. This was timed to celebrate the All Blacks rugby team’s first test match win against their British motherland. 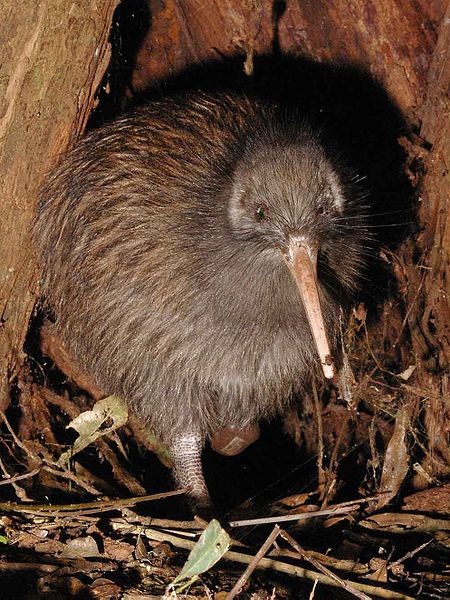 A year later, cartoonist Trevor Lloyd drew another kiwi to signify the rugby team’s controversial loss against Wales. This time, the bird was shown to be struggling to swallow their adversary. Also in 1905, an image of a kiwi and a kangaroo on their way to a colonial conference featured in the Westminster Gazette.

By 1908, the kiwi had replaced other commonly-used symbolic images to become the key emblem for national cartoons – especially in the sporting arena. Before that, the moa, fern leaves, a boy and a lion cub were the main images that depicted the New Zealand identity. 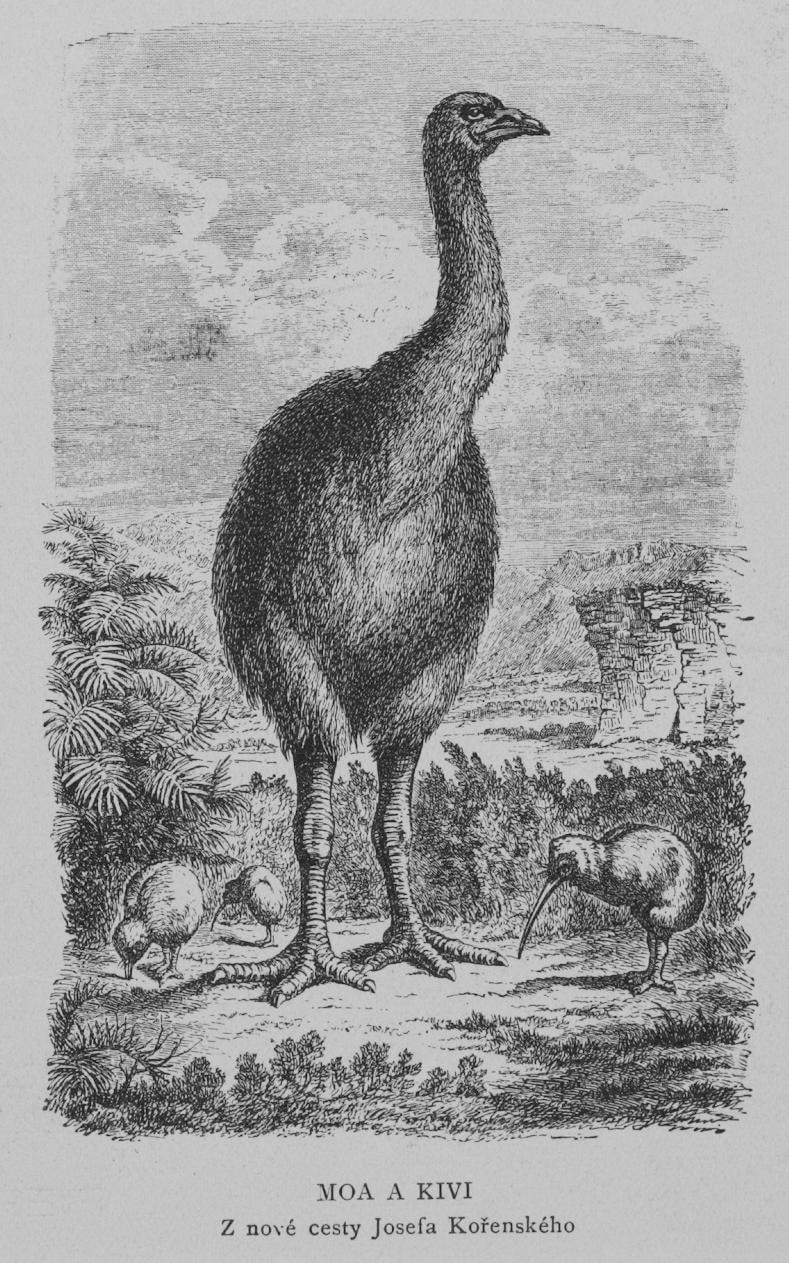 War and the birth of a national symbol

Before the First World War, the kiwi bird was primarily a representation of New Zealand as a whole – but not its people. That being said, the use of a kiwi as a military symbol can actually be traced as far back as 1866, when it was adopted by the South Canterbury Battalion.

In the early 1900s, New Zealanders were largely referred to internationally as ‘En Zed(der)s’, ‘Maorilanders’ and sometimes even ‘Fernleaves’. During the First World War, New Zealand soldiers were dubbed Pig Islanders or Diggers – but eventually, they also became known as Kiwis. This description was believed not to come out of any kind of physical attribute, but rather the stature and good-mannered nature of New Zealand soldiers. The kiwi was also the nickname of choice for the sole reason that it was unique to the country. 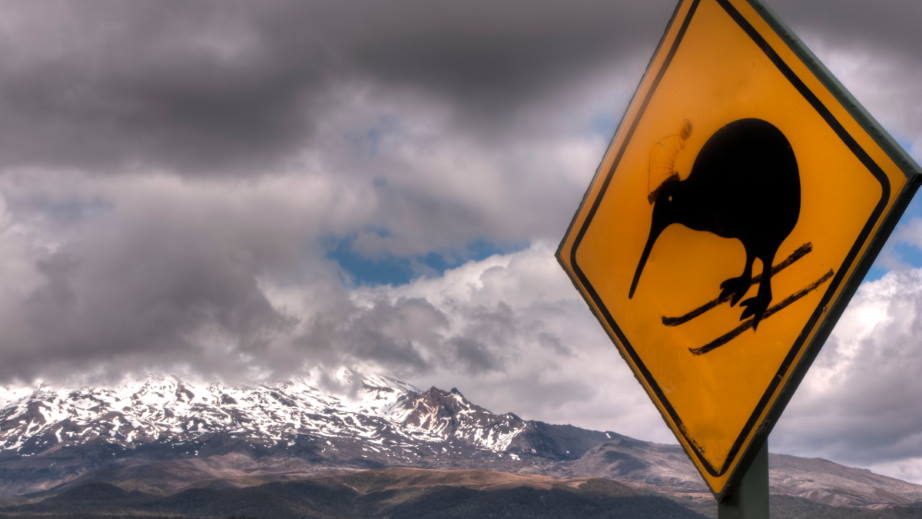 Since then, the kiwi continued to flourish as a local icon. When the first New Zealand currency was released in 1934, the bird became one of its most prominent features – appearing in the two-shilling coin as well as the ten-shilling and one-pound notes. Also in the 1930s, a campaign from the Department of Health-promoting the eating of fruit included a poster aimed at the ‘healthy Kiwi’.

New Zealanders were once again being described as Kiwis on the international stage once the Second World War came around – a nickname that was greatly welcomed by all soldiers except for aspiring airmen (mostly because of the ‘flightless bird’ connotation). The armed forces’ rugby team, which successfully toured Britain after the war, was also known as the Kiwis. 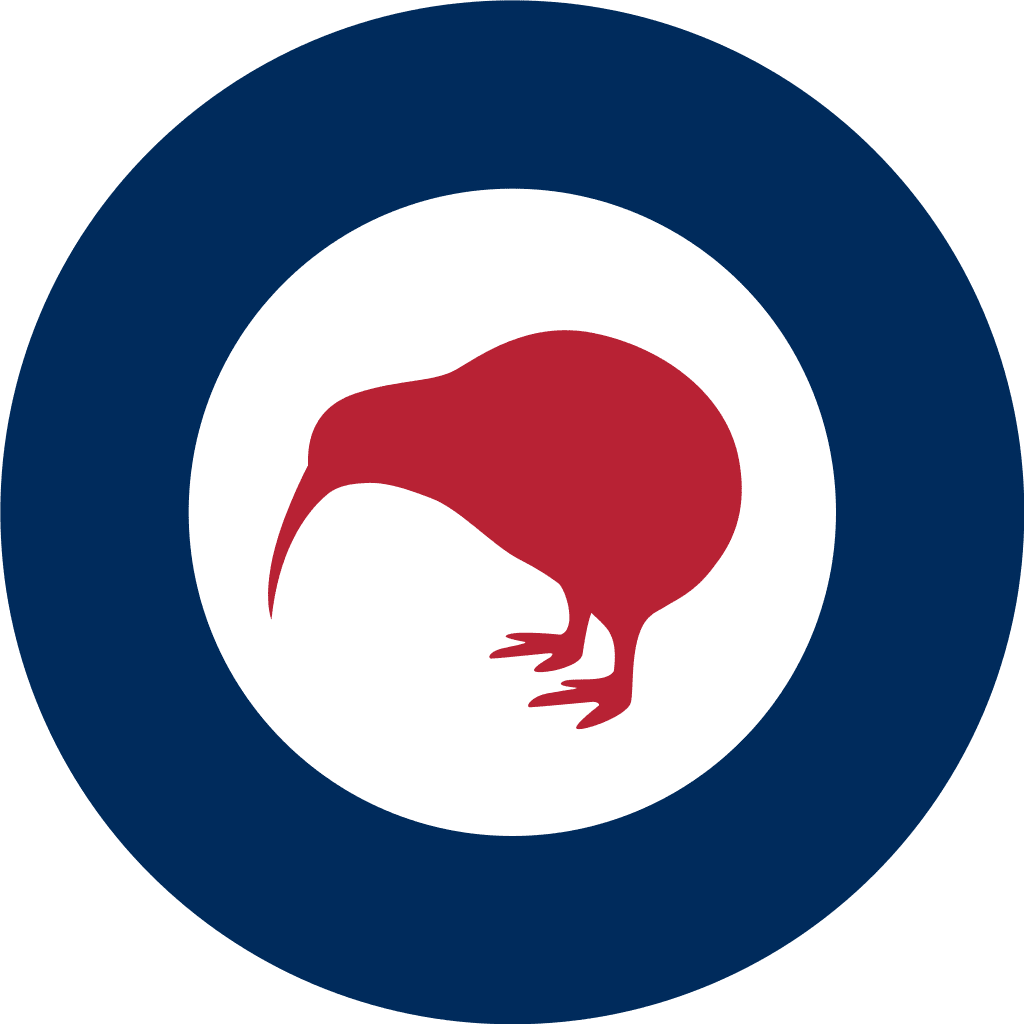 From the 1940s until the 1980s, the kiwi earned full recognition as a patriotic symbol. A huge fiberglass kiwi was used to promote a new Kiwi brand bacon; a ‘Goodnight Kiwi’ cartoon marked the end of the television broadcast day; the 1960s Prime Minister was nicknamed ‘Kiwi Keith’ Hollyoake; people played the Kiwi Golden Lottery and supported the Kiwi rugby league team…

Essentially, the only thing that wasn’t known as a ‘kiwi’ in New Zealand was the green fruit previously known as a Chinese Gooseberry – which, in 1959, was officially renamed it as ‘kiwifruit’ to curb any confusion. 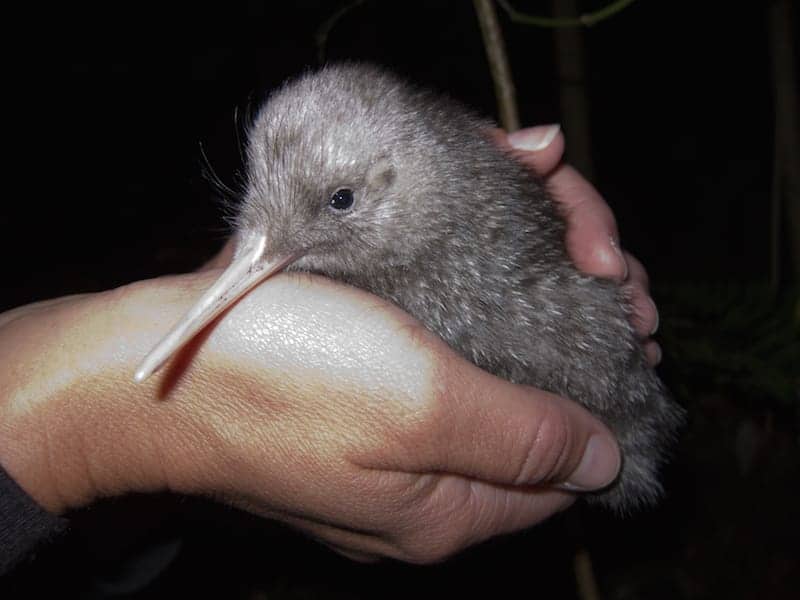 And it didn’t stop there. When a new currency was floated in 1985, it became labeled ‘the kiwi’. As government services were privatized, a Kiwi Share for taxpayers was introduced. After the Golden Kiwi Lottery ceased operations in 1989, the game Instant Kiwi became its replacement. Since the 1960s, more than 57 children’s books about the kiwi have been written. In 2002, a government-owned financial institution called Kiwibank was created. 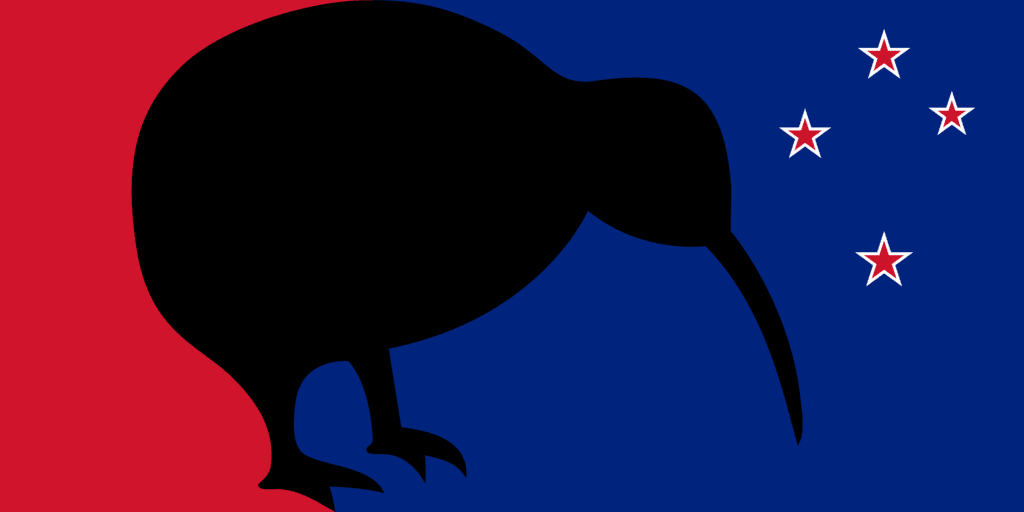 Since the early 2000s, New Zealand’s native bird has seen a drastic decrease in numbers. Regardless, the Kiwi identity is well ingrained and stronger than ever – with countless signs, slogans and Kiwiana identifiers playing their part in shaping the country’s national sense of cohesion.

The Most Incredible Day Hikes Queenstown Has – Don’t Miss Them!