As already mentioned, the Mackenzie region is where you will find the most abundant lupins in New Zealand. The South Island region encapsulates the areas of Twizel, Lake Tekapo and Aoraki Mt Cook. However, there are still only selected areas where you can find lupins. Lake Tekapo is the most famous location for finding lupins in New Zealand. Find them in most areas of the lakefront in front of the Lake Tekapo township, such as at the Church of the Good Shepherd and near the hot pools and holiday park.

There are also random stands alongside State Highway 8 between Twizel and Fairlie, especially on the Burkes Pass. This being said, remember to find a safe place to park up before jumping out of the car for photos. Each November, huge, colorful fields of a distinctive flower begin to emerge along the lake shores, streams, canals and highways of the Mackenzie Region of New Zealand.

This is the start of the Mackenzie lupin season. The lupin flowers range from brilliant pinks and lavenders to cool whites and rich reds and purples. They are a landscape photographer’s dream, especially set against the Mackenzie Country’s turquoise glacier lakes and dramatic skies.

Dense stands of lupins are along the Ahuriri River from the Lindis Pass to Omarama, especially near the Clay Cliffs. Moving away from the Mackenzie region, there are patches of lupins that grow along the foreshore of Lake Wanaka, which you can see along the lakefront walks. The Crown Range Road between Wanaka and Queenstown also has stands of yellow lupins. Again, find a safe place to park up.

Besides that, here are some more suggestions such as Lake Taupo, and Methven. 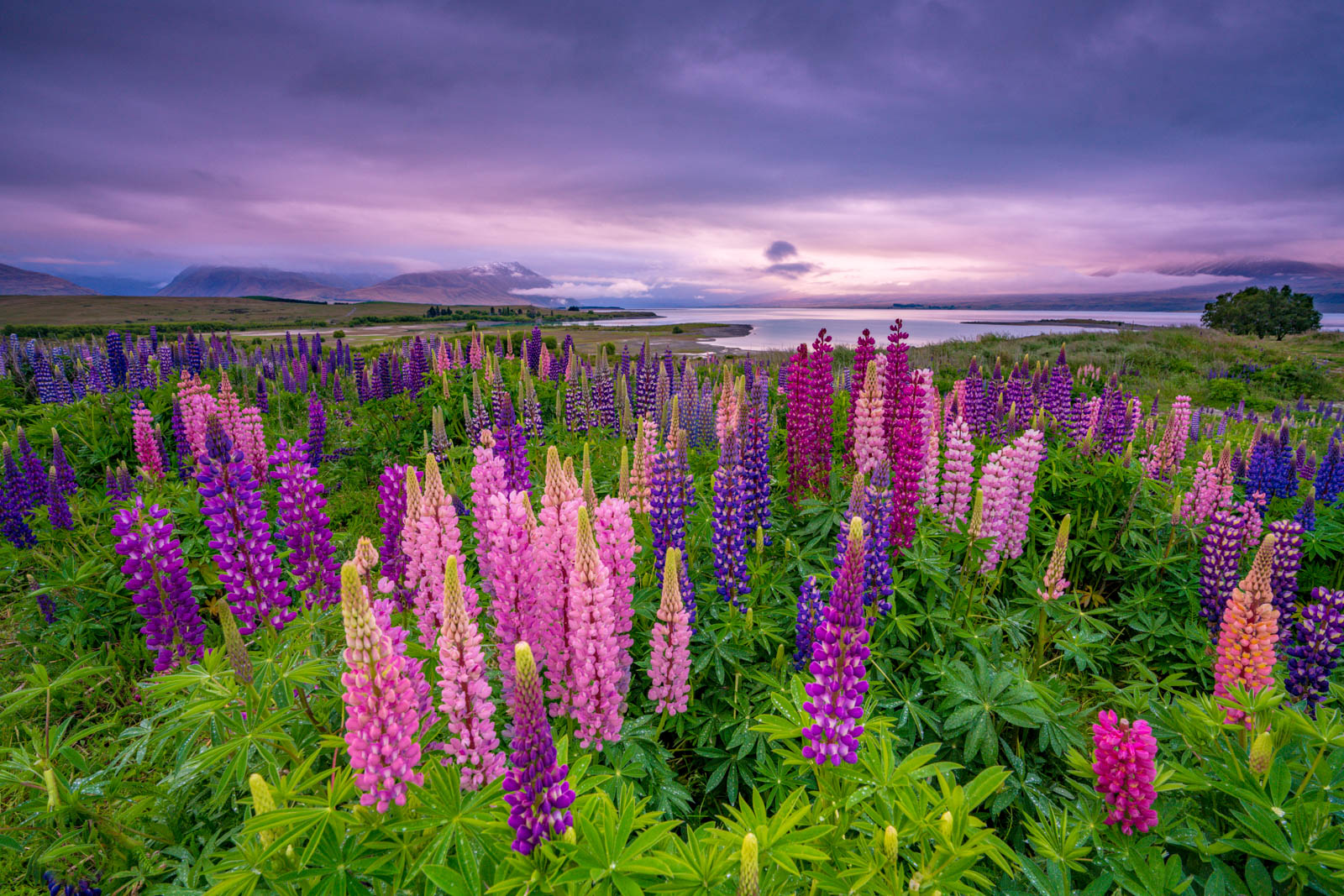 New Zealand lupins are stunning, but they’re actually a big environmental problem. They are an invasive species that crowds out native plant species and encourages the growth of other weeds by adding nitrogen into the soil, which in itself has a whole list of negative run-on effects.

There’s no denying that the colors of the lupins are dramatic and spectacular. Problem or not, since they’re here, enjoy them!

When Is The Best Time to Visit New Zealand?