Canada is primarily a summer destination: the country gets three times more foreign visitors in July than in January. In a land of seriously frigid winter temperatures and – in the far north – little daylight, summer is a welcome respite when you can unlock the pleasures of 48 national parks, enjoy an abundance of festivals and dine alfresco in a host of cosmopolitan cities. There are even beaches to explore and a burgeoning wine culture to savor.

For those not averse to a little winter chill, the snow-accustomed Canadians offer an alternative winter culture. Whistler is North America’s largest ski resort, Ottawa’s Rideau Canal hosts the world’s biggest skating rink, and Quebec City’s February carnival is one of the planet’s most renowned winter festivals. 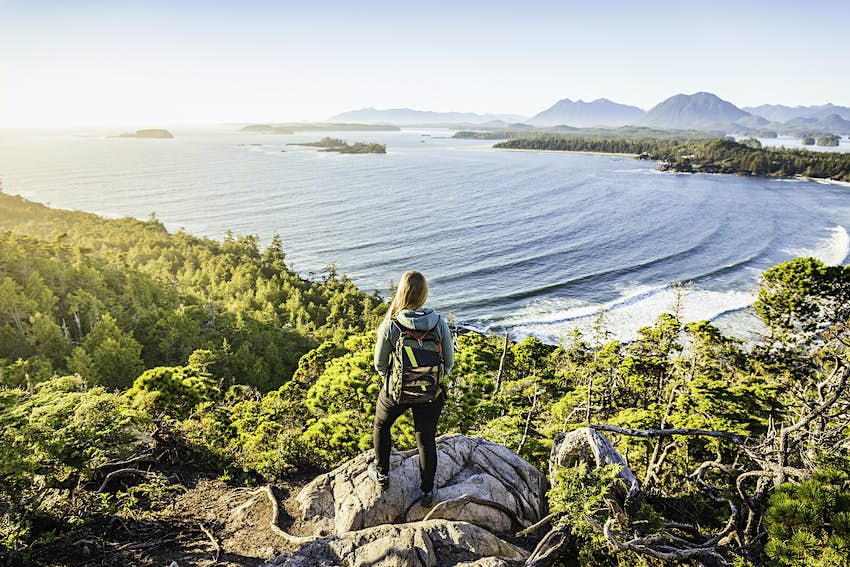 Here’s our guide on when to visit Canada.

Best time to go hiking in the mountains

In common with most northern hemisphere countries, June to August is Canada’s bonanza season, or to be more specific, Victoria Day (late May) to Labour Day (first weekend in September). Sunny weather, snow-free landscapes, and long hours of daylight (the sun barely sets in the far north) conspire to pull in foreign tourists and huge domestic crowds. Satisfying the demand, everything is open, from museums to hiking trails to wildlife excursions. Even winter ski resorts convert themselves into summer hiking and biking destinations. Summer caveats include higher prices (count on paying 30% more), busier facilities, and more limited availability. Book ahead and come armed with a variety of options. 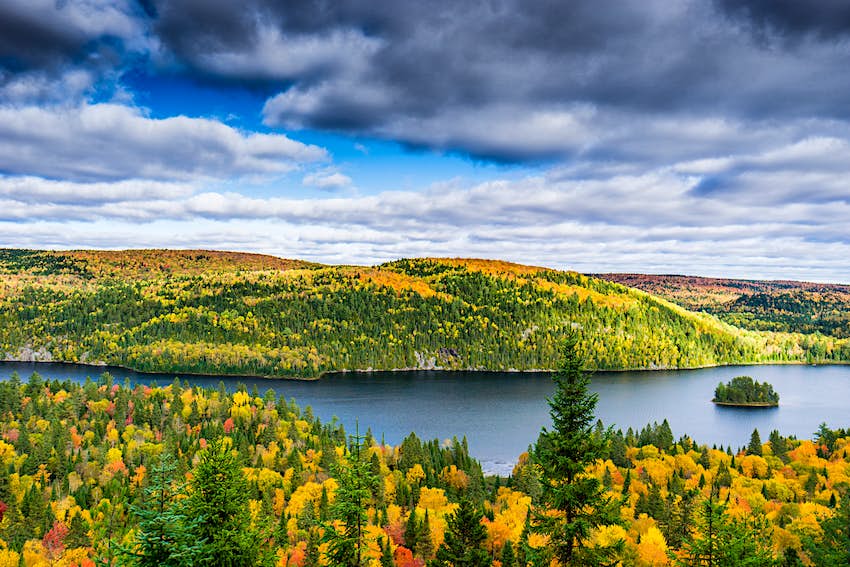 Shoulder season: May, September and October

Best time to go for budget seekers and leaf peepers

Savvy travelers visit Canada in September. While prices and crowds fall after the Labour Day weekend, good weather usually holds until the end of the month meaning you can still hike at high altitudes, kayak in ice-free waters, and visit the beach. Early October remains snow-free in many regions and is the height of the surfing season on the Pacific coast. Fall foliage turns rust-red and sandy-brown towards the end of October and is particularly impressive in the eastern provinces: Ontario and Prince Edward Island are favorites. May is often relatively warm but snow can still linger at higher altitudes, especially in the Rocky Mountains. The Victoria Day weekend (Monday preceding May 25) usually marks the start of the summer season. From here on you can wave goodbye to any deals or discounts until September. 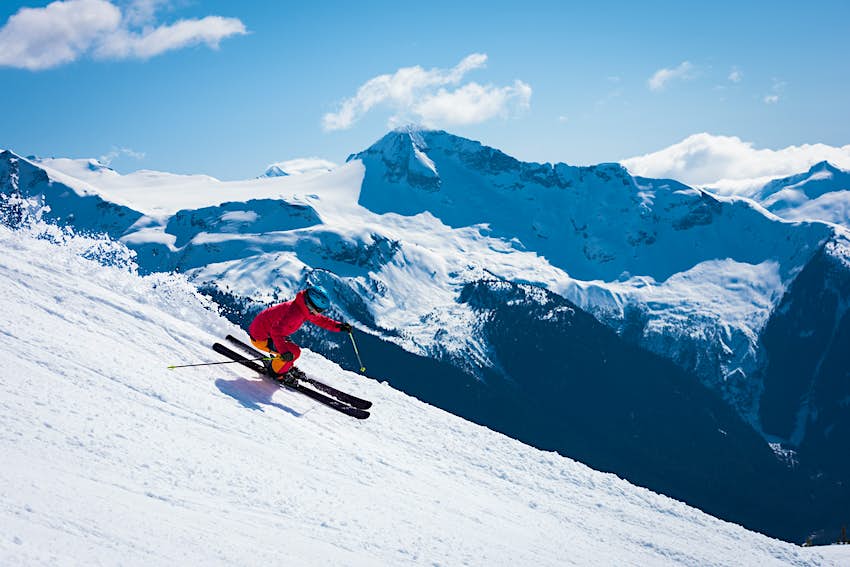 Best time to go for skiing and winter sports

Days are dark and temperatures are cold – really cold in the territories, the prairies and parts of Québec. However, there is a silver lining: skiing and other associated winter sports usually kick off in late November/early December and keep going until early April depending on the weather. While prices drop in most regions, ski resorts ramp up their costs for a mini-high season, especially in the peak months of January and February. Elsewhere, November and April are the best months for all-round bargains.

Key events: Ice wine festivals in Ontario and BC.

As the freeze prevails, the Canadians put on plenty of winter festivals to keep warm. The Family Day weekend (third weekend in February) can see a mass rush to the ski slopes. 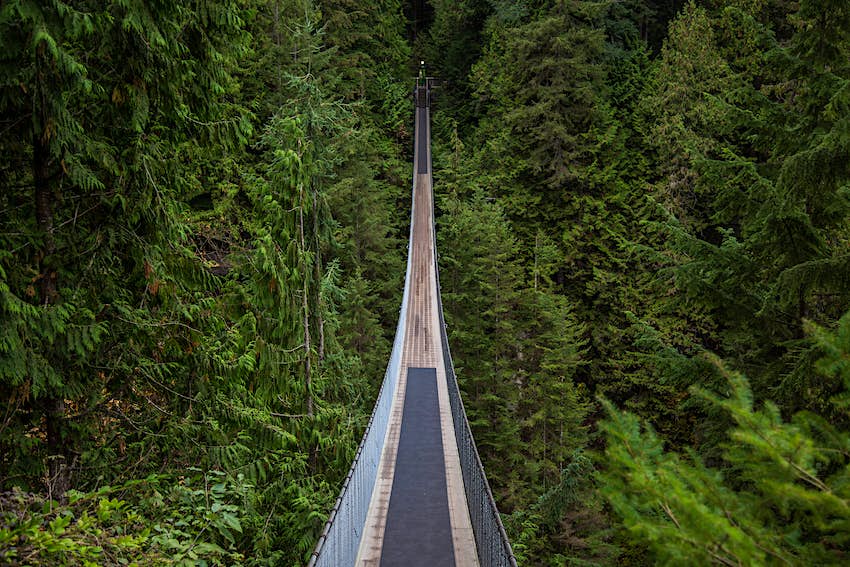 The ski season peters out as mountain resorts begin transitioning to the summer season in late April. Hikers and bikers hit lower altitude trails. In cities, bars and restaurants start to open their outdoor patios.

Bears are awake, the snow is melting in the mountains, and rugged rivers experience choppier currents – a perfect time to go white-water rafting. 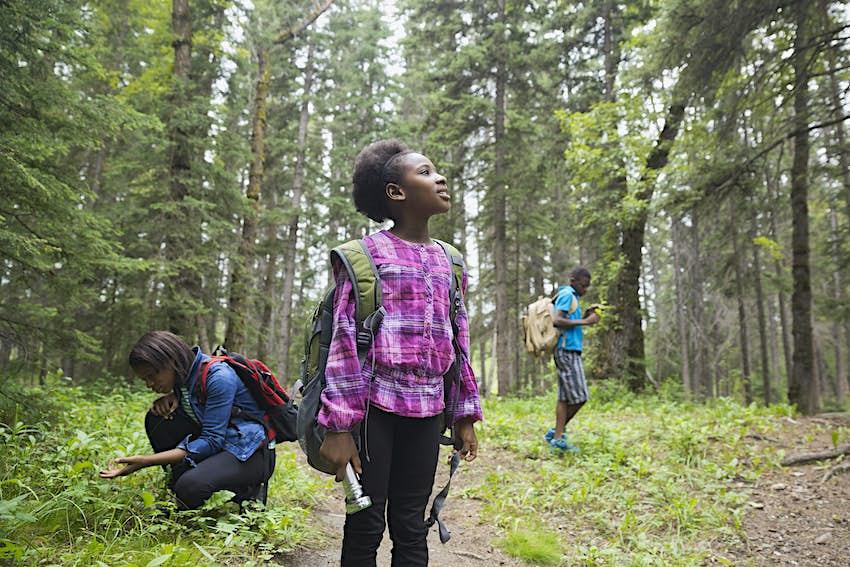 Canadian schools break up in late June heralding a full-on family exodus to the countryside. Hockey’s Stanley Cup Finals can have the whole country on tenterhooks. Trails are mostly snow-free but can still be wet and muddy.

The peak month for visitors with sunny weather, long days, an abundance of festivals and pretty much everything open for business. Spectacular wildflowers carpet alpine meadows in late July.

A continuation of July with only a minor drop in visitor numbers. The last of the snow melts in the mountains as wildlife and mosquitos come out to play. Bring bear spray and insect repellent! 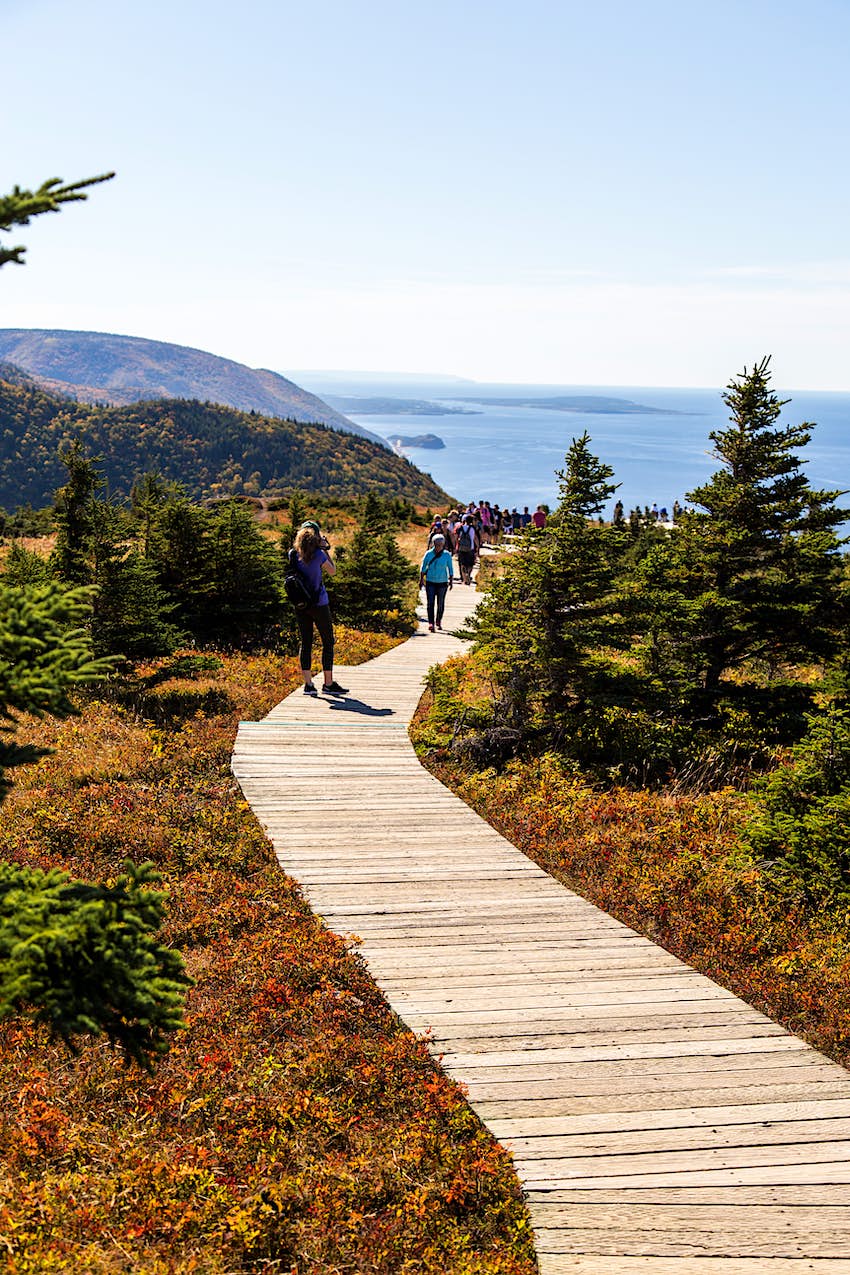 While temperatures cool slightly, the weather remains relatively reliable for most of September. Some outdoor facilities close after Labour Day, but many trails, lakes and campgrounds stay accessible until early October.

Warmer weather can persist on the coast in early October, while the prairies and territories get an early dusting of snow. Good swells and tepid seas make this the best all-around surfing month in British Columbia.

In the east, fall foliage can last well into November while, in the west, wet and windy weather has led to a growing interest in storm-watching, particularly on Vancouver Island.

By early December, most ski resorts are firing on all cylinders. This is also the peak season for migratory eagle spotting in British Columbia. Big cities host Christmas markets.

Top 10 Things to do in Jasper National Park