Though the names were once used interchangeably, Holland is being dropped from all official branding of the Netherlands. Here’s why they were never actually the same thing.

If you’re like me, you probably grew up thinking Holland and the Netherlands were both names for the European country famous for Gouda cheese, tulips, and wooden clogs. So when the Dutch government recently axed “Holland” from its tourism campaigns and all official government communications, you may have been sent, as I was, into a geographic tailspin. 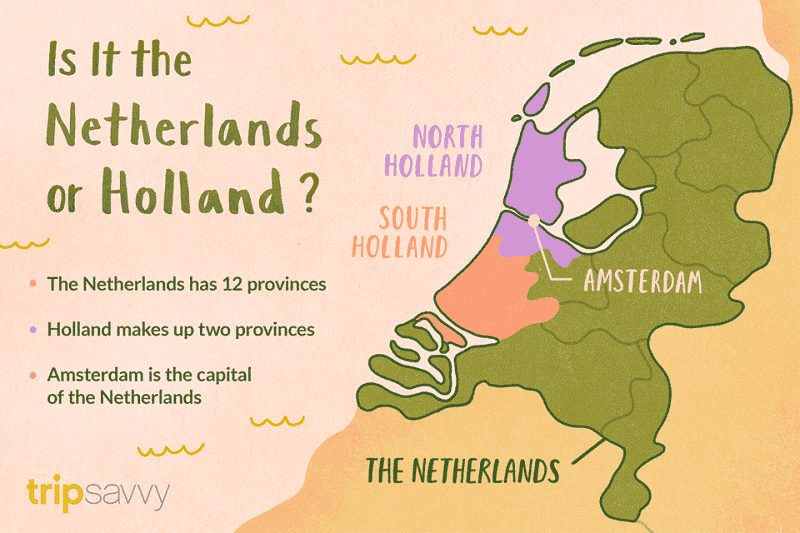 Turns out that after decades of being considered interchangeable terms, Holland and the Netherlands are two very different things. According to the CIA World Factbook, the Kingdom of the Netherlands was formed in 1815 (and Belgium seceded from it in 1830—another fun fact I didn’t know). Of the 12 provinces that make up the Netherlands, Noord (North) Holland and Zuid (South) Holland are just two of them. So how did the entire country get nicknamed after two regions?

Blame bad branding. The Netherlands’ largest city—Amsterdam—is located in Noord Holland. Historically, that region has been the largest contributor to the nation’s wealth, so it became common practice to use the name as a synonym for the entire country.

But since most of the country’s 20 million tourists only stop in Amsterdam, the Netherlands is dropping the nickname officially in order to encourage travelers to explore outside of the Holland region and make its national branding more consistent to people from around the globe.

In addition to removing all references to Holland from government documents, the country’s tourism board is also reinventing its logo. Previously an orange tulip next to the word “Holland,” the new logo features a stylized tulip within the letters “NL.”

“The new style is the result of a strategy developed to more clearly show what the Netherlands has to offer to the world,” according to a statement from the Ministry of Foreign Affairs.

Okay, so why are the people called “Dutch”? Now that we’ve settled the difference between Holland and the Netherlands, you’re probably wondering why the people of the Netherlands are referred to as Dutch. According to Dictionary.com, the Old English word for Dutch is thiod or theod, which translates to “people” or “nation.” Back then, this term was used to refer to people from both the Netherlands and Germany (which is why Germany is Deutschland in German). The term stuck, even though the country took on the name Netherlands—which means “low-lying land”—when it became an independent nation in the 19th century.

Got all that? Now go put your newfound knowledge to use and book a flight to Amsterdam—or somewhere else in the Netherlands, like the city of Utrecht or the UNESCO-listed Wadden Sea in Friesland—this spring.

Insider Tips: Cycling Around the Netherlands