Each year, from late September to November, Jacaranda trees go into bloom in South Africa. These beautiful trees are especially abundant in Pretoria and Johannesburg, draping the cities in a magnificent display of color. Here are some facts about the South African Jacaranda trees you probably didn’t know.

Jacaranda mimosifolia is not indigenous to South Africa, so how did it become so synonymous with the country? 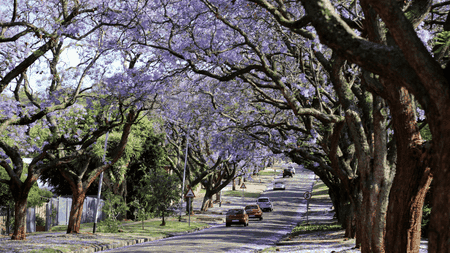 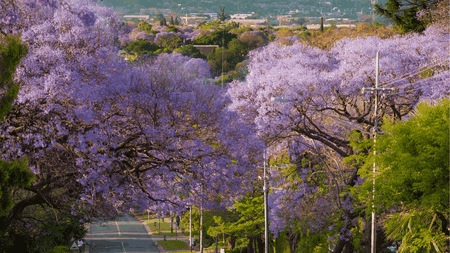 In Pretoria’s Celliers Street lies a plaque commemorating the first two Jacaranda trees planted in the city by JD Celliers in 1888. The saplings were imported from Brazil and, although native to Central and South America, has become part of the city’s culture. A popular local radio station is named after the trees and Pretoria is endearingly referred to as the Jacaranda City. See the plaque at Myrtle Lodge in Sunnyside, now part of Sunnyside Primary School. 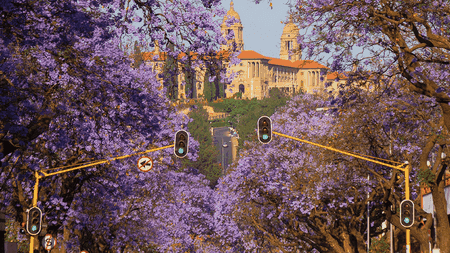 According to a 1945 issue of The Star newspaper, Johannesburg’s first Jacaranda tree was planted in Doornfontein. The same article claims that William Nelson, owner of Nelsonia Nurseries, grew 30 million trees, shrubs, and plants by 1896, many of which were Jacaranda trees. Nelson is also said to have planted over 100km (62 miles) of trees along the streets of the Johannesburg suburb now known as Kensington. 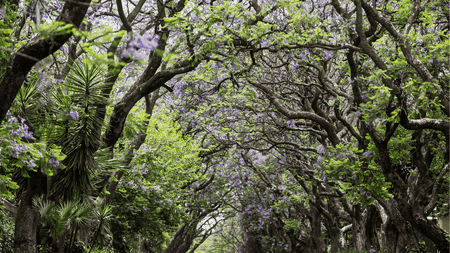 The word ‘Jacaranda’ is believed to mean ‘fragrant’ in a native South American dialect, and the trees are known for their purple blossoms. Having said this, some species boast beautiful white petals, although they’re much rarer in South Africa. Find these white wonders in Herbert Baker Street in Groenkloof, Pretoria. 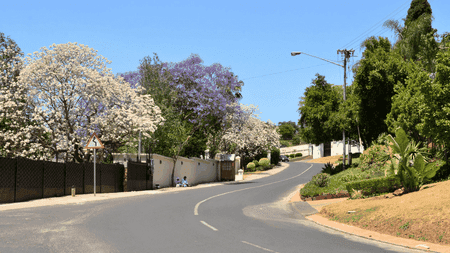 The flowers also have an air of magic around them. South Africa’s university students believe that if a Jacaranda flower falls on your head during exam time, you’ll pass all your subjects! 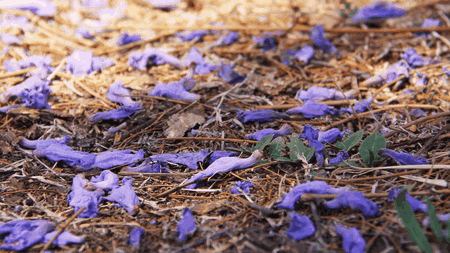 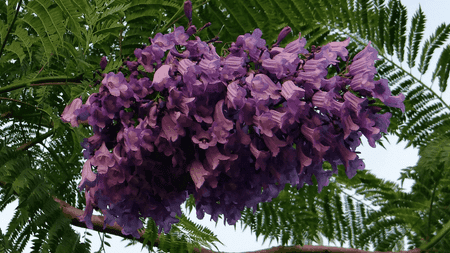 Jacarandas were declared a threat in 2001

In 2001, the iconic trees were declared a ‘category three invader’, as they replace and compete with indigenous species. Although new trees can’t be planted, the established Jacarandas have stood their ground (quite literally) and will continue to brace the country with their colorful petals. 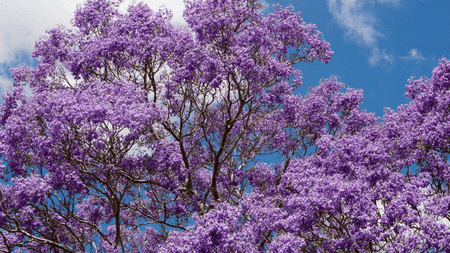 Beauty and the beast! Adorable moment little girl kisses a sedated rhino better after it was ‘dehorned’ to prevent poachers k.i.l.l.i.n.g him