Often overshadowed by Vienna and Salzburg, the country’s second-largest city is worth a stop.

In Austria, Vienna and Salzburg enjoy major slices of the tourism sachertorte thanks to their history, beauty, and Sound of Music accolades. But what about Graz? Austria’s second-largest city by population, it received more than 630,000 visitors in 2016. This is a healthy number, to be sure, but the capital city of the southern Austrian province of Styria is still largely overlooked by foreign tourists.

Most chalk up Graz’s lesser popularity to its lack of glamorous history. Vienna is the capital, Salzburg was Mozart’s birthplace, and Innsbruck was the center of Europe when Emperor Maximilian I lived there in the fifteenth century. But even without the robust historical points of interest, there are plenty of reasons to add this city to your Austrian travel itinerary. Because while most of the country built travel infrastructure around more historic sights, Graz has quietly marched on, slowly becoming the country’s hippest destination. 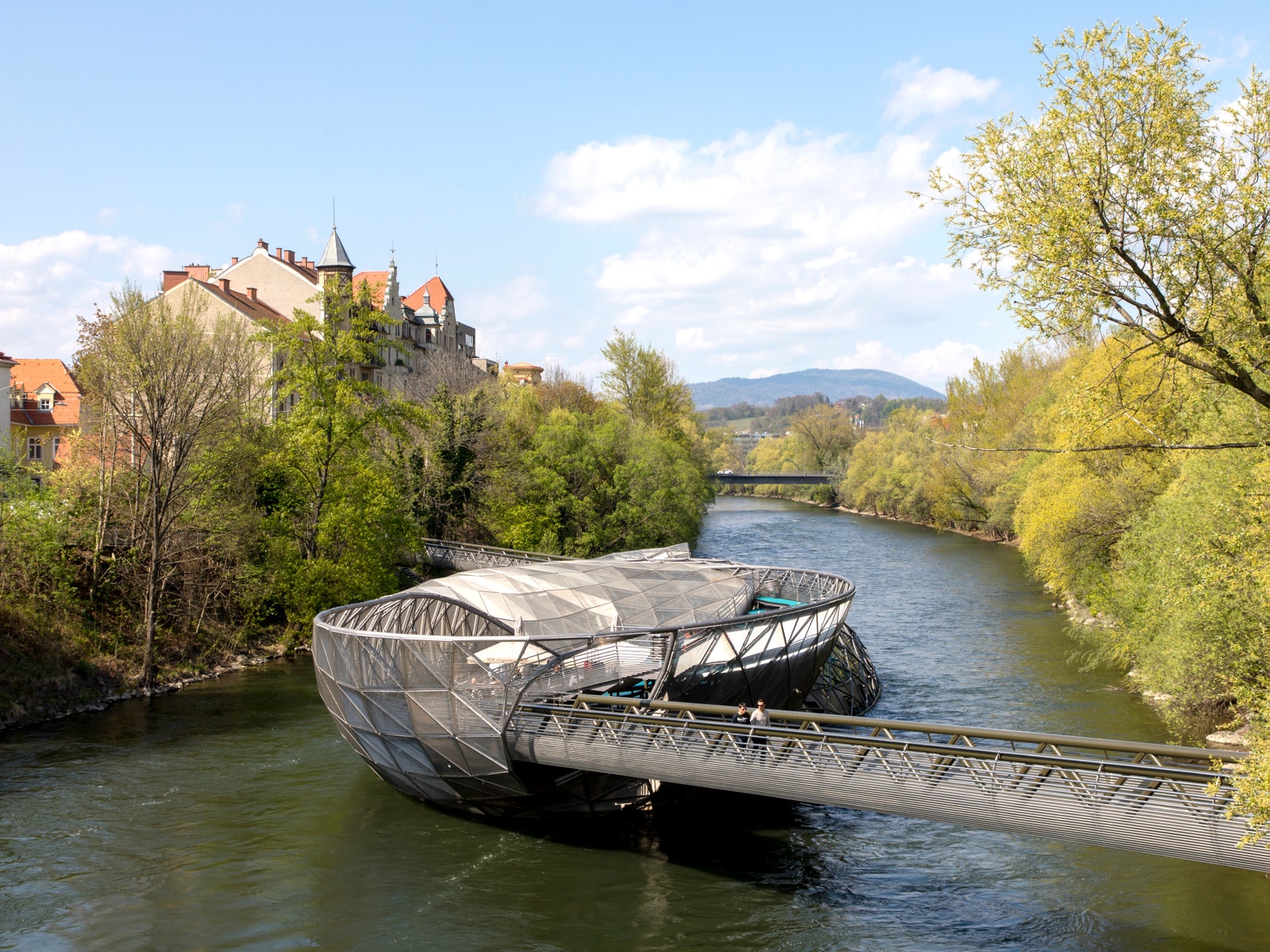 Graz has many faces. The Schlossberg, a lush mountain in the middle of the city with a bell-tower on its peak, dominates the skyline, but all around it is one of Europe’s best preserved Altstadts (or Old Towns), with a collection of structures that would excite any architecture enthusiast—think Renaissance (16th-century Landhaushof), Gothic (the 15th century cathedral), and Baroque (Mariatrost Basilica from the 18th century).

But being named European Capital of Culture in 2003 was the springboard for a more diverse skyline: Cutting-edge building projects like the blue, spaceship-looking Kuntshaus (designed by Peter Cook and Colin Fournier and dedicated to modern and contemporary art) and Vito Acconci’s multi-use Murinsel, a theater/cafe/playground island in the middle of the Mur River, became the city’s contemporary icons. The latter was renovated this year and now has a showroom dedicated to products by Styrian creatives. (At present, sculptural wood furniture by Graz-based designer Raimund Gamerith is being shown.) The Joanneum Quarter, the oldest museum in Austria and the largest universal museum in central Europe, was expanded in 2011 and is home to, among other cultural institutions, the Neue Galerie Graz. Currently on display: An exhibition covering two centuries of portraits, including Warhols, through February 2018.

Graz is an exceptional base for exploring the depths of Austrian cuisine. The state of Styria is largely considered to be the country’s breadbasket thanks to miles of farmlands and vineyards, and restaurants in Graz take full advantage. Aiola Upstairs’s Caesar salad, for example, features local heart of lettuce and is drizzled with pumpkin seed oil, a major agricultural output in this region. Other can’t-miss restaurants include Der Steirer, Gasthaus zur Alten Press, and Der Krebsenkeller.

For more casual fare, be sure to visit the daily Kaiser-Josef-Platz Market (located near the opera), where Styrian farmers sell their wares, from fresh apples to asparagus to wine. And no one should miss a visit to Frankowitsch deli, an institution that specializes in open-face sandwiches topped with spicy salami, shrimp salad, pickled trout, and more. Come for lunch and people watch: Students and suited business folk alike will pack this spot.

Just drinking? Try the three-story M1’s outdoor terrace and choose from 200 cocktails, or keep it simple with a beer at typical Austrian brewpub Gosser Brau Graz. At sundown, head up to the rooftop bar of the department store Kastner & Öhler, which provides an exceptional view of the city’s roofscape. 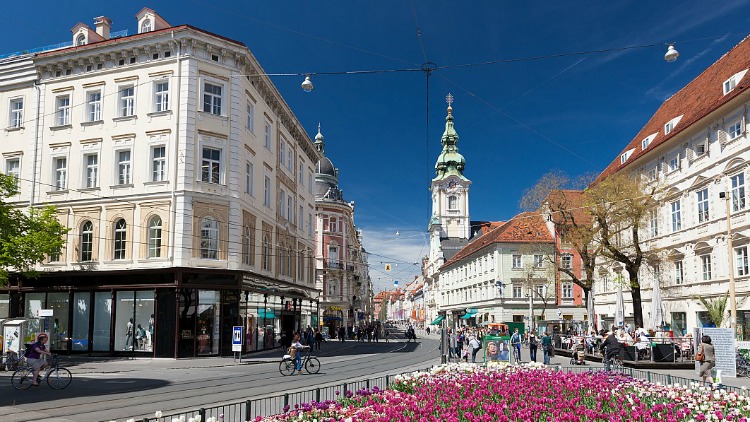 Instead of grand dames, Graz is home to design-forward boutique hotels, and Hotel Daniel and Hotel Wiesler offer “smart luxury.” The former is conveniently located next to the city’s main train station and is comprised of spacious, stylishly minimalist rooms at wallet-friendly prices, meaning you’ll have more than enough to rent one of its Vespas for scooting around town. Riverside Hotel Wiesler, on the other hand, has much more to lure you to stay indoors, from exploring the lobby installation by Austrian artist Clemens Hollerer to joining fashionable locals at on-property restaurant Speisesaal, where you can tackle the massive, food-coma-inducing cheeseburger. Thankfully, your vintage-inspired bedroom is just upstairs.

Within Austria, train connections between its major cities are frequent, but there are also direct flights to Graz from Vienna with Austrian Airlines. (It’s a two-hour drive.) From other European destinations, non-stop routes from Amsterdam (on KLM) and Birmingham (with BMI British Midlands) were recently launched, making getting there easier than ever.

The 11 Most Beautiful Lakes In Austria That Might Astound You

All the Reasons Why Austria is Still my Fave