The koala’s nose is distinctive – it’s a big black leathery rectangle in the middle of a round, grey face that’s surprisingly soft to the touch. And every koala nose is unique.

A study of 108 wild koalas found distinctive patterns of pigmentation around the nostrils allowed observers on the ground to reliably recognise individual animals, even when they’re in the trees.

But more importantly for the koala, the nose is an important connection between this iconic marsupial and the world it lives in, from sniffing out toxins to saying hello.

And it starts right at birth. The tiny newborn koala, despite weighing only half a gram, already has the ability to smell and feel its way towards the milky scent of the pouch and its mother’s teats. 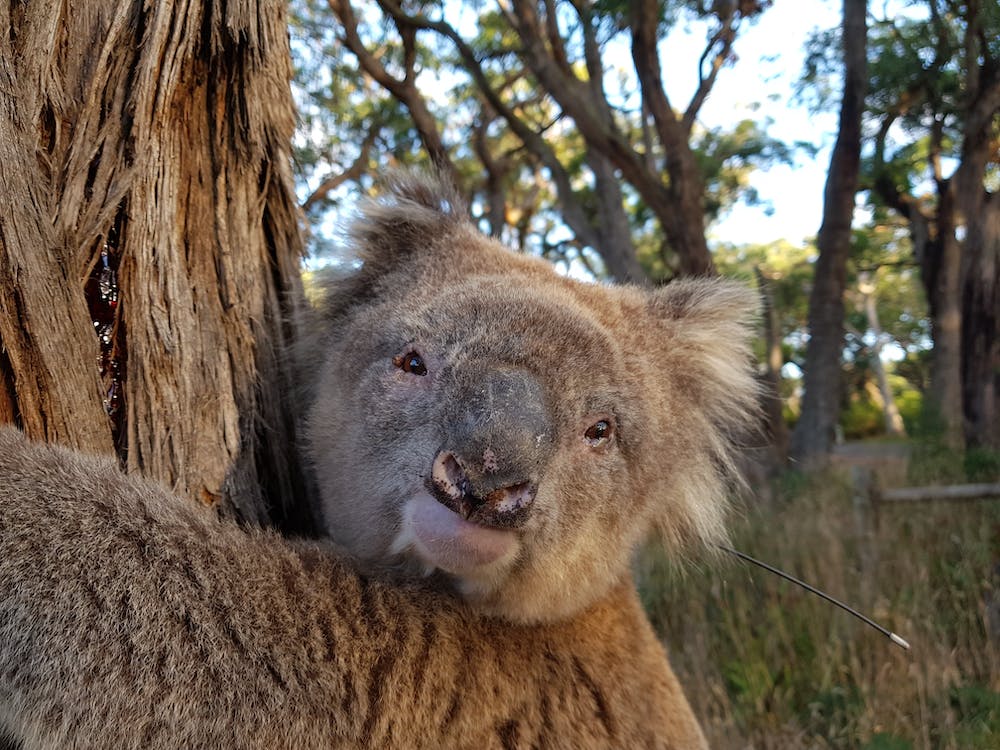 The koala’s basic diet of eucalyptus leaves means there a few odours to learn. Author provided (no reuse)

A koala’s nose knows how to sniff out toxins

Koalas nearly always smell their food carefully before eating. So many koala experts were surprised to learn recently that koalas don’t have particularly many genes for olfactory receptors – the receptors found on nerve cells in the nasal cavity for detecting different smells.

This matches up with anatomical observations that also suggest that among marsupials, the koala’s sense of smell is probably relatively poor, partly as a result of features associated with conserving water.

Gum leaves are chock full of natural plant toxins and other unpleasant chemicals, and koalas choose trees that minimise their exposure to the worst of these.

But most of the toxins that influence koala feeding are not volatile – they have no smell. It falls to the koala’s sense of taste (and genes for taste receptors are especially abundant in the koala genome) to make a final decision on whether a leaf is safe to eat.

Fortunately for the koala, the only-slightly-toxic compounds called terpenes (the invigorating scent of Eucalyptus oil) are highly volatile and offer a useful cue to the levels of other toxins in a leaf.

And one advantage of being a specialist feeder with a basic diet, is that there are relatively few odour cues to learn. It’s also fortunate the leaves koalas are checking out are right in front of their noses!

The koala’s nose might not only smell plant toxins, it may also play a minor role in detoxifying them.

We know enzymes in our own noses can detoxify certain drugs, and in other specialist herbivores, such as woodrats, many of the same enzymes that detoxify natural plant toxins and drugs in the liver are also expressed in the lining of the nose.

These enzymes likely help stop the nose from becoming overwhelmed by odours and maintain sensitivity. Critically, they also protect the central nervous system, as nasal tissue is the only thing separating inhaled toxins from the brain.

A koala’s nose knows how to make friends

Sniffing out food is important, but it’s not the koala’s biggest forte. So why the big schnoz? The answer may lie with the importance of social communication.

Although the koala genome has relatively few olfactory receptors, it’s rich in vomeronasal receptors, which are expressed in cells in the nasal cavity that are sensitive to moisture-borne molecules like pheromones.

Koalas are generally solitary creatures, but that’s not to say they don’t know their neighbours. Along with the distinctive loud bellowing of male koalas during the breeding season, olfactory communication is what koalas use to find or avoid each other.

Koalas of both sexes often spend considerable time smelling the base and trunk of a tree before they decide whether to climb up or move on elsewhere. When they enter or leave a tree, koalas commonly dribble a stream of urine down the trunk, leaving a trail of chemicals that potentially reveal information about the koala’s sex, identity, dominance, relatedness to other koalas, readiness to mate, disease status and even what they’ve been eating.

But if koala urine is a book written in scent, the secretions of the male koala’s sternal gland are more like a barcode.

This gland is obvious as a yellow-brown stained patch of bare skin in the middle of male koalas’ chests, and offers a straightforward way to tell the sexes apart. 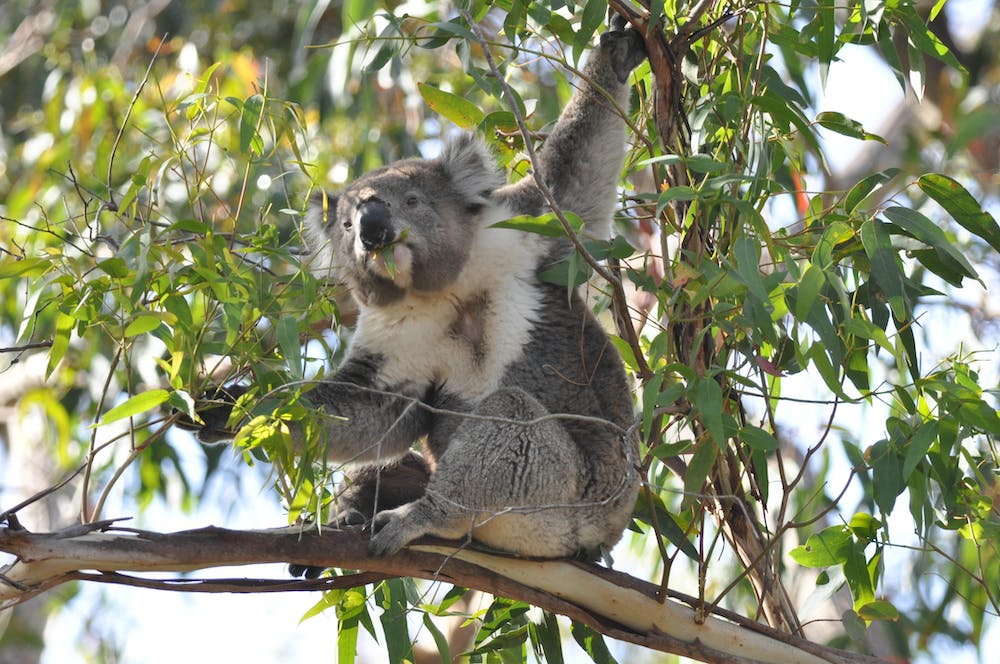 In this photo you can see a male koala’s triangular sternal gland, and its odour is an unmistakable badge of identity for each koala. Author provided (no reuse)

It secretes an oily mixture of fatty acids and other chemicals, which are then transformed into an even more complex chemical mixture by the unique bacterial community occupying each koala’s gland. The end result is a distinctive bouquet and an unmistakable badge of identity for each koala.

Nose kisses from a koala

Aside from these fascinating nasal abilities, there is one more thing that we love about the koala’s nose.

When wild koalas are brought into captivity, they continue to rely on their nose to learn about the strange new world around them – that includes their food and branches, but also the scientists and carers moving around them.

They will pull anything of interest into smelling range, making them one of the few wild animals that will rub noses to say hello with humans and fellow koalas, even when barely acquainted!

But wild koalas are highly sensitive to human handling, which can generate sub-lethal stress through the stress hormone, cortisol.

Without question, the koala’s nose is fascinating and a marvel of evolution, but no matter how strong the temptation to touch it, please leave those koalas in peace!