An affectionate lioness pulled out all the stops to try and get a lion’s attention but had no luck in catching the king of the jungle’s eye.

In this hilarious video, the lioness can be seen on the prowl in their enclosure, strutting her stuff in a circle around a completely oblivious male lion.

When this failed to have any impact on him the sassy big cat threw herself to the ground almost knocking his whiskers with her rear. 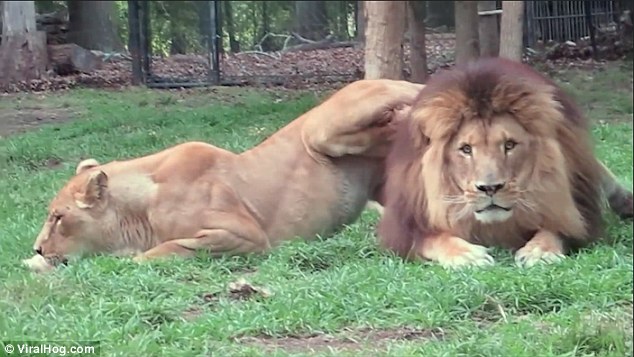 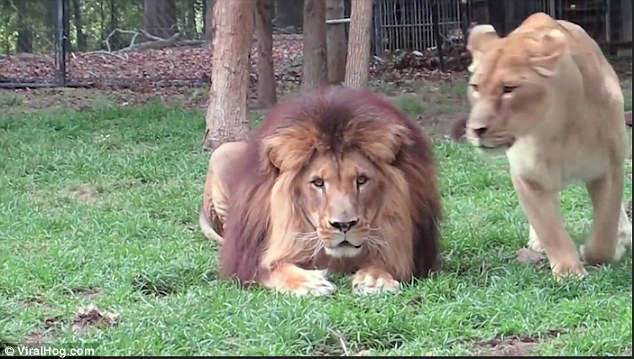 The lioness upped her efforts again when she climbed over the lion – who was yet to give in to her charms.

She even left her back legs on top of him but still failed to get any reaction.

Realizing this technique wasn’t bringing her much luck, the lioness took a more physical approach and started to shimmy her way across the grass towards her target.

But he was even less interested and just stared into the distance.

At one point the needy lioness can be seen rolling around in the grass while her unrequited lover appears to be taking a nap.

Eventually, the determined lioness does get the man to move – but only in an effort to escape her pestering. 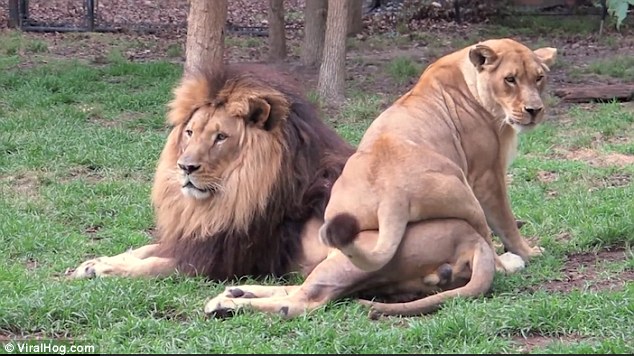 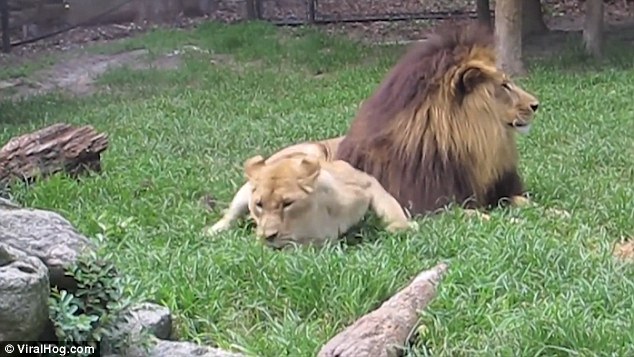 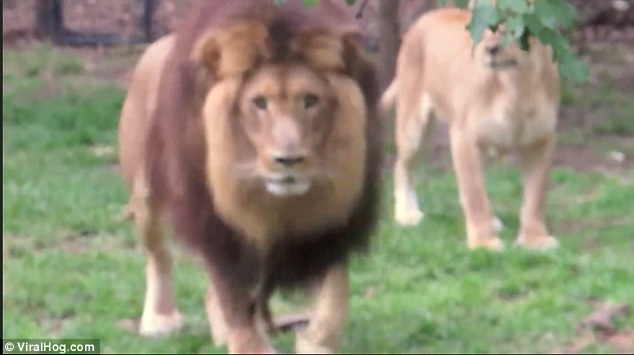 Eventually, the lion called it quits and walked away from the lioness’ unsuccessful advances

By the end of their dalliance, he has to step over her body, one of his big paws knocking her hip, in order to find a new spot to rest.

Even then the lioness refused to give up and tries to follow him, before giving up the chase and letting him saunter off.

It is not known where the footage was taken but the lions appear to be inside an enclosure.

Thousands of people have commented on the video laughing at the lioness’s dedication and empathizing with her struggle.

One person wrote: ‘It’s me when I need some attention from my husband.’

Why South Africa is a Dream Destination for Adventurers

Going neck to neck: Two 20ft giraffes slug it out in heavyweight b.a.t.t.l.e to win right to m.a.t.e with female