A safari guide captured the adorable moment a newborn elephant managed to stand alone for the first time – only to topple over and roll down a hill.

The elephant – thought to be just one hour old – was exploring its new surroundings at the Djuma Private Game Reserve in South Africa’s Kruger National Park.

After much perseverance, the adorable animal managed to find its feet – only to tumble down a bank as he tried to keep up with the adults. 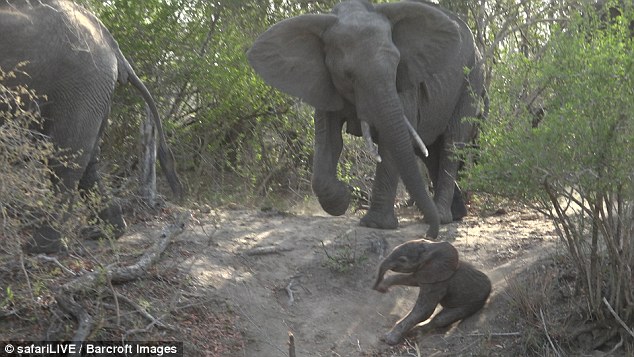 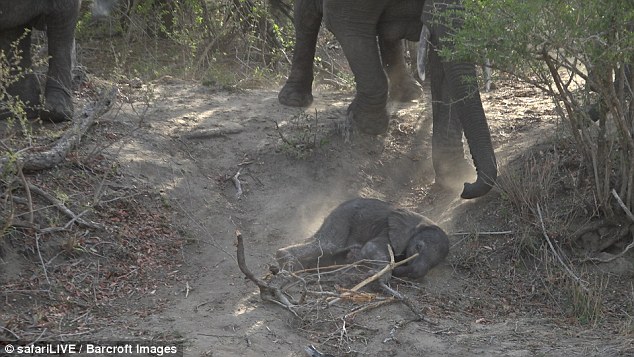 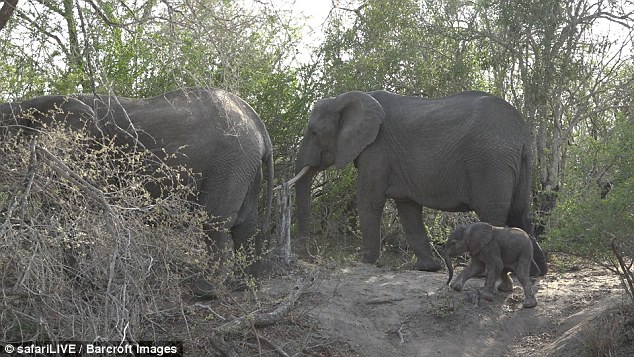 Keeping as close as possible to his mother, the newborn was keen to trot alongside the older elephants

Safari guide Jamie Paterson discovered the newborn in a shady riverbed in the South African reserve.

In the clip, the calf can be seen following his mother as she clears a path through the bush.

He trots along behind her, keeping as close as possible.

After nearly losing his footing, he steadies himself – then slides down a bank as he tries to run after his mother, a few paces away. 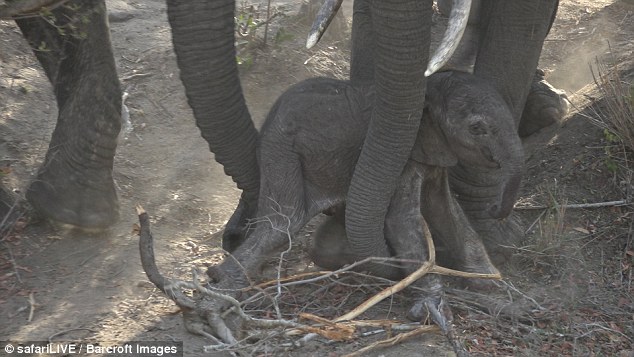 The adorable newborn is scooped up by his mother, wrapping her trunk around him to help him back to his feet 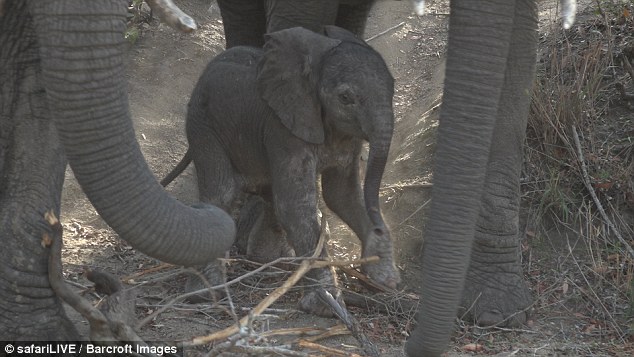 After he fell, members of the herd crowded around the elephant to support him 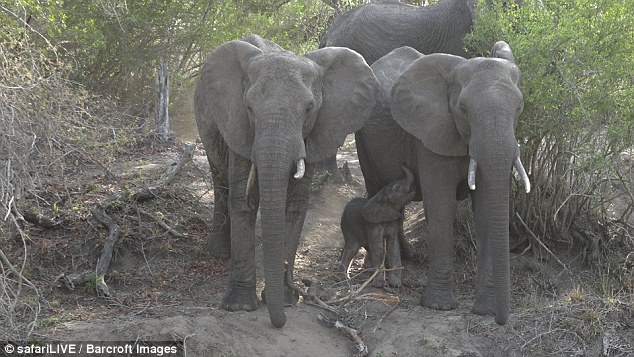 Safari guide Jamie Paterson found the herd, with an identifiable female elephant named Fang – known for her tusks which grow in opposite directions (left) 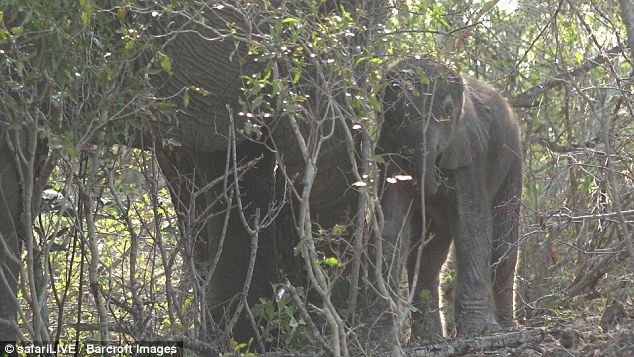 The elephants were clearing a path through the trees in South Africa, with the youngster trotting behind them

In a particularly heartwarming moment, the elder members of the herd are visibly concerned as they race to the calf’s aid, scooping him up with their trunks.

Safari guide Jamie found the herd, with an identifiable female elephant named Fang – known for her tusks which grow in opposite directions.

Older members of the herd swiftly ushered the calf away before they continued on their journey. 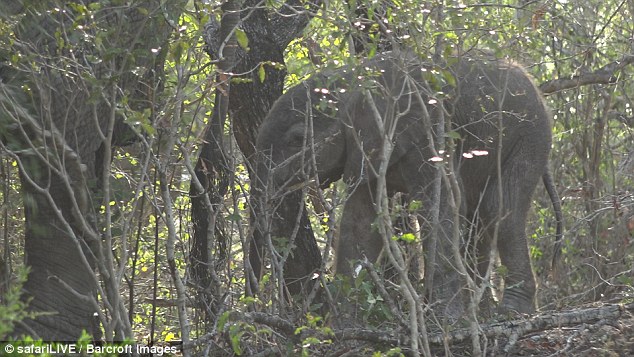 The calf was spotted by a safari guide, having been born only one hour earlier

By: AMIE GORDON FOR MAILONLINE