Animal lovers are mourning the loss of one of Taronga Zoos most beloved inhabitants.

He began showing signs of abdominal pain yesterday morning and was urgently attended to by Taronga Wildlife Hospital staff with a full emergency response. 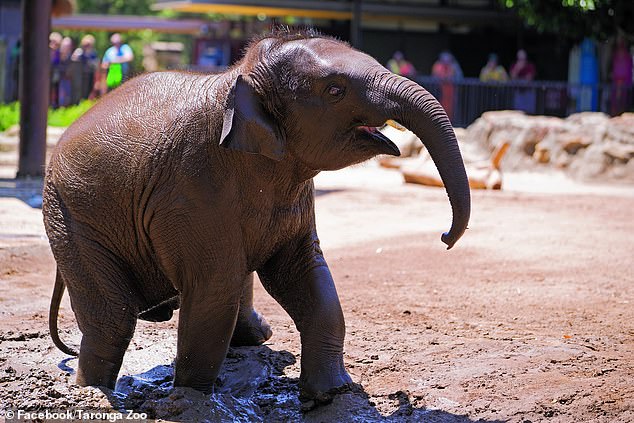 ‘The preliminary cause of death has been identified as a torsion in the intestines, or twisted bowel as it is sometimes called. This can happen in other species not just elephants and is often fatal.’

Considered to be one of the most popular attractions, the loveable creature was born at Taronga Zoo in May 2017 and lived with his doting mother mother Pak Boon and Aunt Tang Mo.

He was known for his ‘cheeky personality’ and ‘playful antics’ which included swimming in the enclosure’s pond and splashing water around with his trunk.

Taronga Director and CEO Cameron Kerr said his team are in ‘a state of deep shock and grief’. 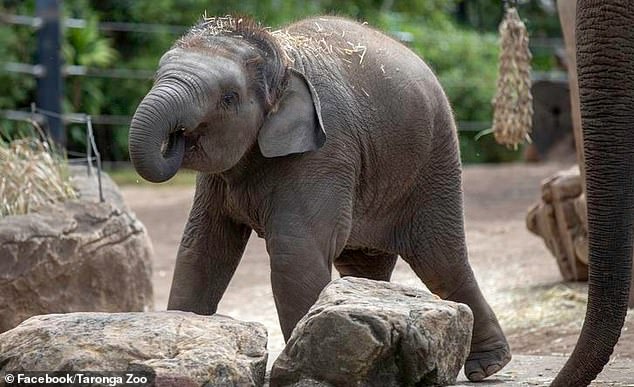 ‘He was part of our Zoo family and we are beyond devastated by his loss,’ he said.

‘Our immediate focus turns towards supporting our Zoo Keepers through this difficult period, which for them is like losing a family member.

‘In his time with us, his cheeky spirit and playful antics including a fondness for swimming has endeared him to guests both locally and from around the world.’

Jai Dee was named after the Thai word for heart.

Mr Kerr said: ‘Today we lost a piece of Taronga’s heart by his sad passing.’

‘The entire Taronga family is in mourning for Jai Dee, and no doubt the other elephants will be mourning his loss as much as we are.’

Jai Dee was part of Taronga Zoo’s commitment to its regional breeding program for the endangered species.

The elephant in the room! Hungry beast smashes through a kitchen wall to steal rice from a home in Thailand

Baby elephant tries to hide behind a power pole after being caught eating sugarcane in Thailand.