A pride of thirsty lions formed an orderly queue at their local watering hole.

Ignoring a herd of impala, the pride swiftly made their way to the small pool of water, which was steadily evaporating under the hot African sun.

She said: ‘I have been going to Kruger for many years and have seen large pride together yes, but not all drinking together in single file – this was a first.’

With the adult males nowhere to be seen the lionesses and cubs of the pride took their time to lap up water. 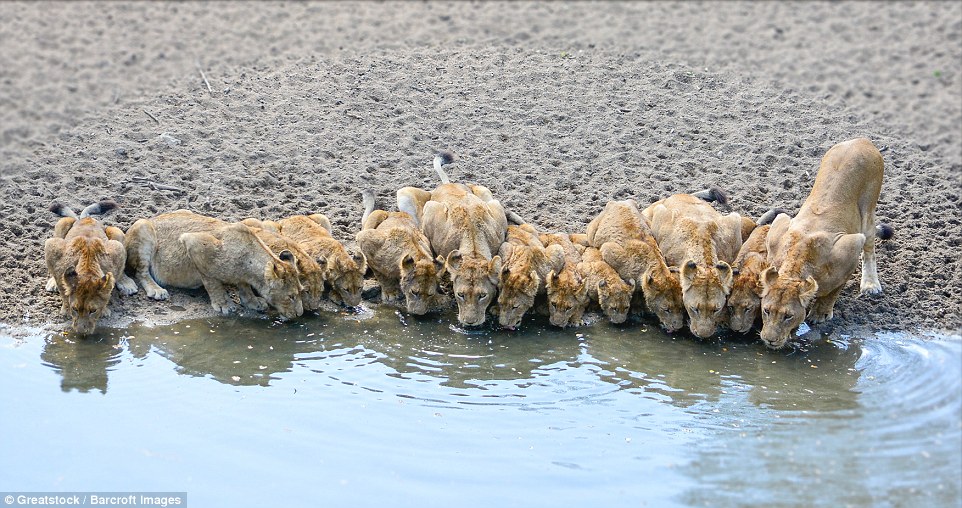 Lapping it up: A pride of lions made the arduous journey in the midday heat to get a drink of water in the Kruger National Park 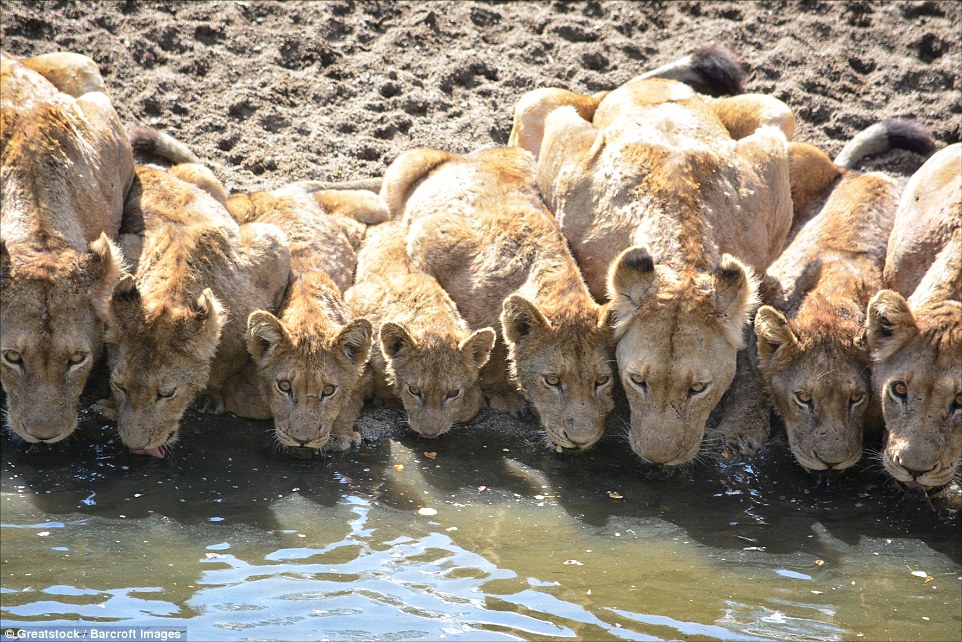 Single file: The adorable animals appeared to look up at the camera as they all lined up in a row for a refreshing drink 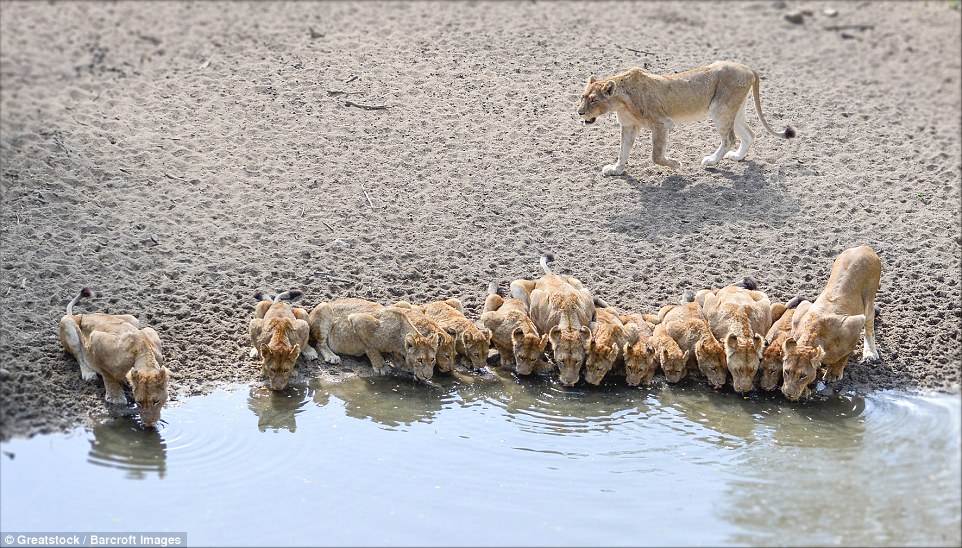 Drying up: South African and part-time photographer, Siobain Shead, said she was surprised at the animals in the midday heat

Haven: The waterholes – although shrinking – act as a lifeline for lions and other animals in the midday sun

Taken during a drought, the images show the importance of waterholes, which act as a haven for wildlife in the region.

Cobain said: ‘Sightings in Kruger are all about luck and timing, I don’t think they are ever predictable. Having said that, during times of drought one is more likely to see predators around the waterholes as the game does disperse more in the rainy season.’

Following the movements of the pride with her safari group, the photographer was surprised to see the lions walking in single file during the hottest time of the day.

She said: ‘Whilst driving along our decided route we spotted a lion cub deep in the bush, within a few seconds the rest of the lions started appearing walking almost in single file. At first, I found it puzzling that they were walking at midday as it was quite hot and the lions were panting, however, they seemed to have a destination in mind.’ 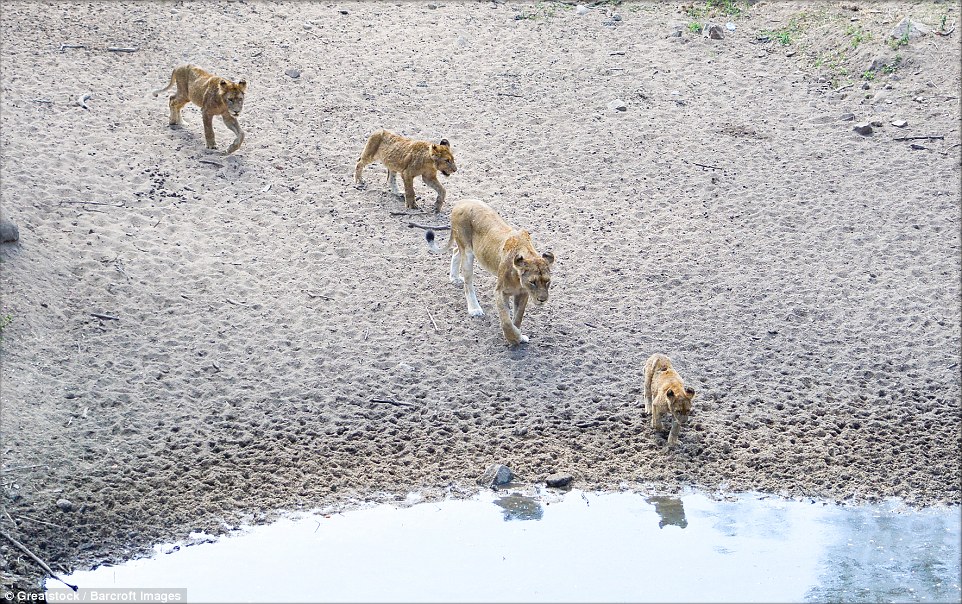 Drought: Predators are more likely to be spotted around the waterholes during times of drought as the game disperses more in the rainy season 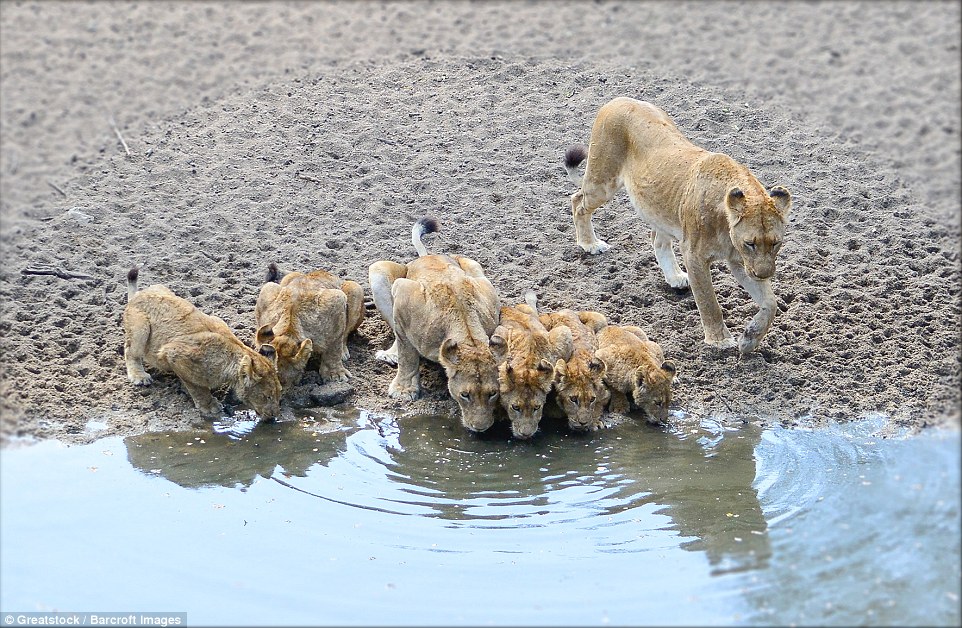 Lucky sighting: The photographer found the pride after spotting a lion cub deep in the bush 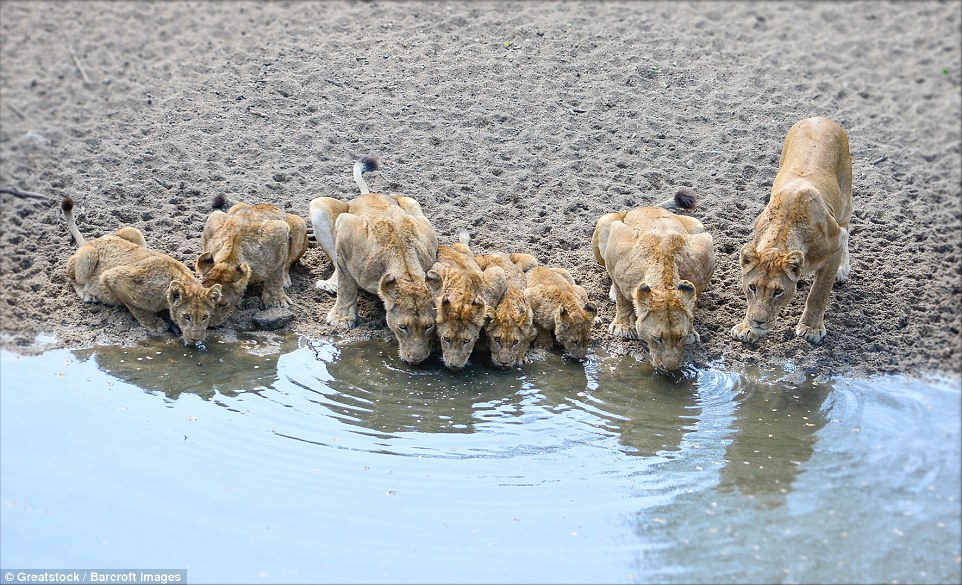 Banding together: Within a few seconds the rest of the lions started appearing walking almost in single file 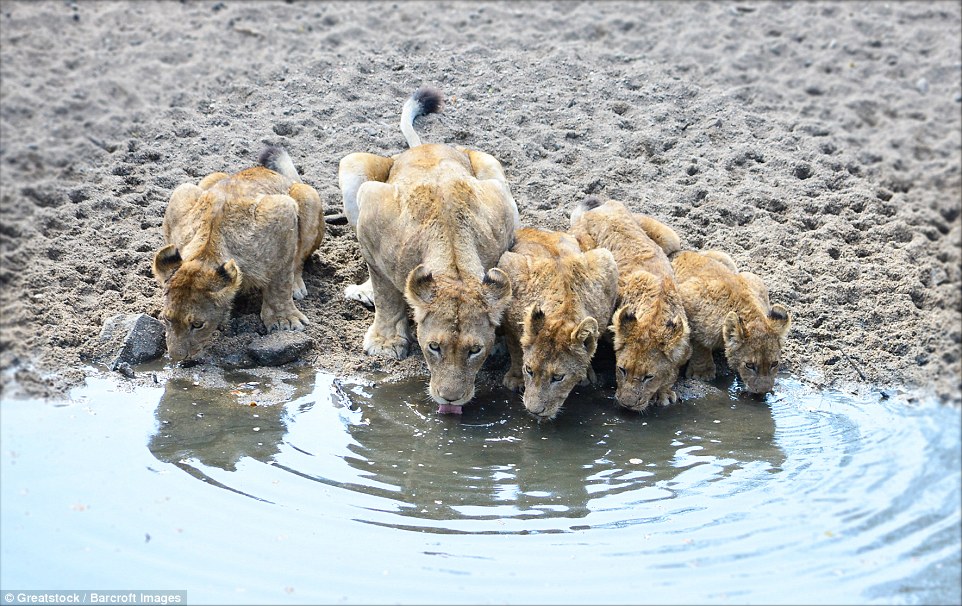 One thing on their mind: The animals were spotted walking with a clear intent to reach the watering hole in the midday sun

The waterhole is known locally as Ingwe, which translates to ‘leopard in Zulu’ and is a common hangout for animals in the area.

Cobain said: ‘I know the area reasonably well and realized there was a watering point about one kilometer ahead so I just had a feeling that was where they were off to.

‘The lions drank at the waterhole for about 20 to 25 minutes then they moved off further back under bushes to lay down and sleep in the shade, they spent a few hours sleeping and eventually moved off and out of sight.’ She added.