No, these lights overhead in the caves are neither stars, nor electric lamps, but actually bioluminescent worms!

When you find yourself in Waitomo Glowworm Caves and see blue lights above, at the first sight, you might think that you view cosmos through the telescope or that this is a kind of Christmas illumination. But in fact, these are bioluminescent larvae of various kinds hanging from cave’s ceiling. They are commonly named glowworms. These larvae​ lure insects using blue glow which literally shines from the end of the worm’s tale.

Actually, this blue light is a result of a chemical reaction which takes place in the capsule of a larvae’s tale. Glittering silver-like threads are made of sticky mucus also produced by glowworms to trap the insects. They feed on various flies who are lured by the blue lights and eventually get trapped into the sticky strings.

The glowworms were discovered in 1887 by an Englishman Fred Mace and Maori Chief Tane Tinorau. Two years later Tinorau’s wife started guiding tours through the Waitomo Caves. Many of today’s guides of Glowworm Caves Tours are descendants of Tinorau and his wife. 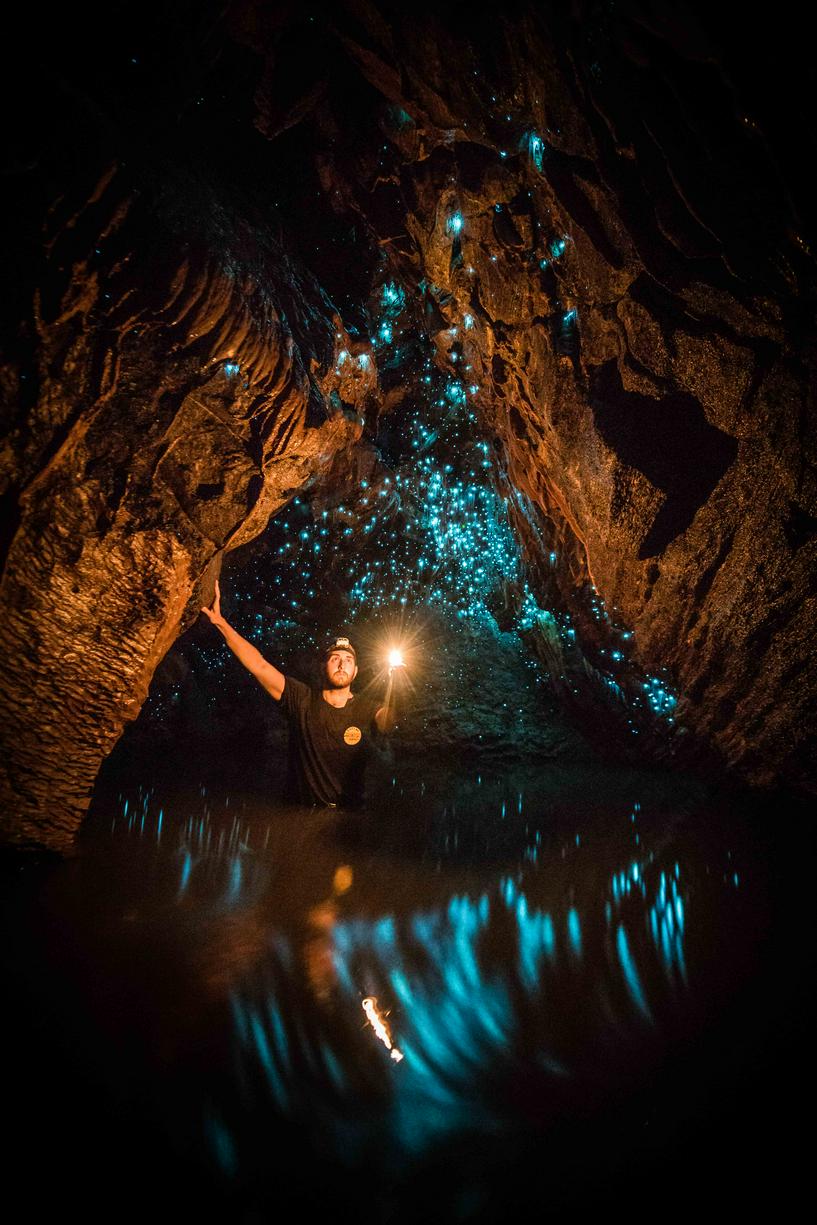 The best time to visit the caves is during the summer months, namely between November and April. In other months it can get rather cold in the actual caves. Summer is more likely to be both warm and humid.

A Must To Talk About New Zealand