Forget everything you thought you knew about elephants.

Yes, you’ve always been told they have one trunk, and yes, every elephant you’ve ever seen is conclusive proof of this.

It appears to show an elephant with two trunks, one raised in the air and the other hanging towards the ground.

But don’t get too worked up, elephant fans – the photo is, of course, an optical illusion. 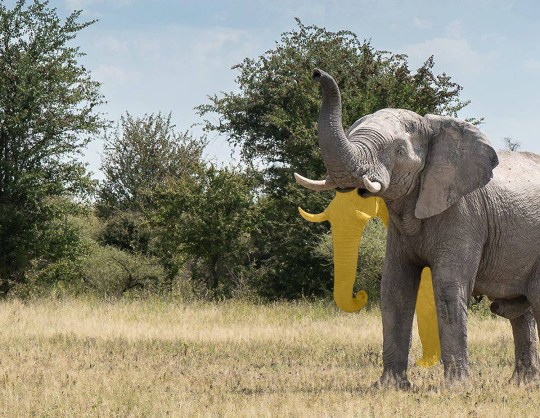 In actual fact (you know, in case you haven’t guessed already), one animal was standing right behind the other when Johan Barnard took the perfectly-timed photo in Botswana.

Due to the angle at which he took the photo, it appeared that one elephant had two trunks. Johan only had a short window to take the picture before one of them moved.

Johan, from South Africa, was visiting safari hotspot Nxai Pans when he captured the moment. 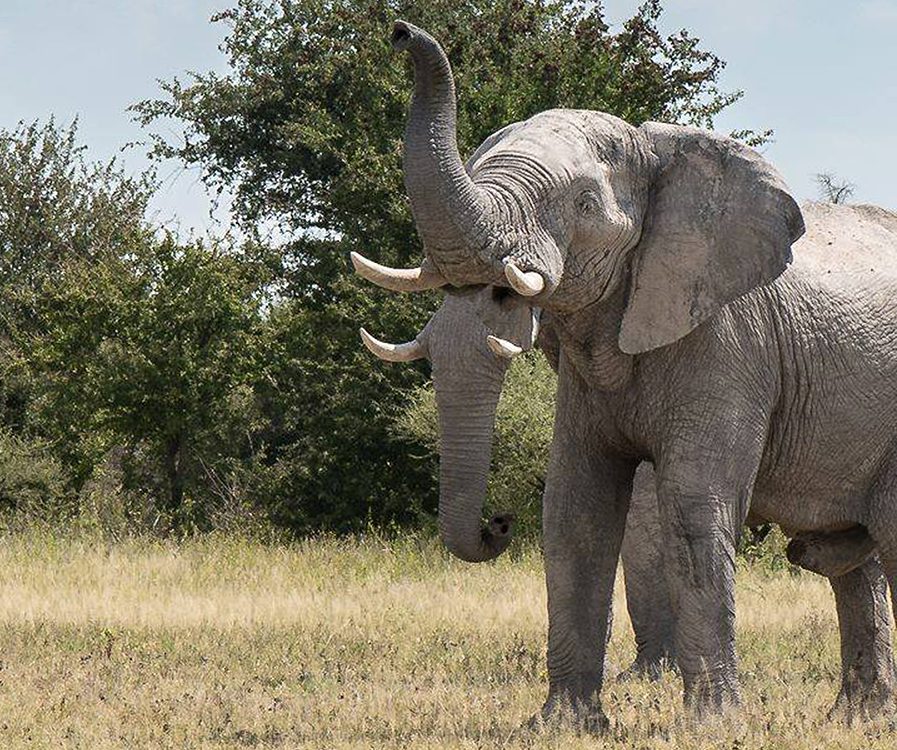 He said: ‘I was just sitting looking at it then I saw the picture was there – I had a second to reach for my camera.

‘It was hard to tell how good quality the photo was so I didn’t quite realise what was coming until I saw the photo later on the computer.

‘Nothing was really happening then suddenly elephants approached the water, but one stayed behind the other to create a surreal moment.’