This is the touching moment a group of wildlife rangers rescued a baby elephant who was trapped in a mud hole on Saturday.

The footage, shot by a tourist visiting the Addo Elephant Park in South Africa, shows the little calf struggling to get out of the hole as older elephants from the herd attempt to free him.

After hours of struggle, the rangers in the park arrived in a jeep – scaring the older elephants away – and managed to free the baby elephant. 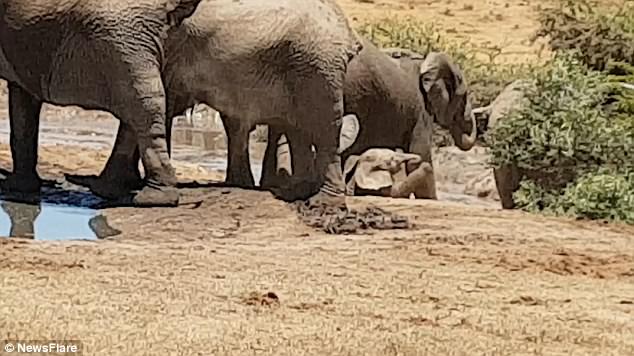 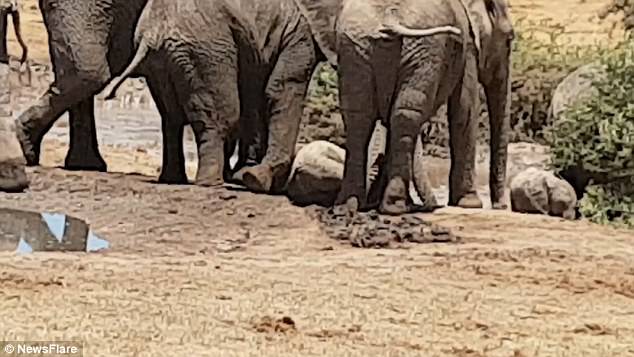 Although the older elephants tried to free the calf for several hours, all attempts failed

As soon as the calf was released, a loud cheer went up from the group watching the elephants from a hide.

The little one was quickly reunited with the rest of the herd, to the joy of the watching tourists who said ‘aww’.

The poster of the video wrote: ‘The baby elephant had become stuck upside down while the family was drinking from the watering hole, it had been stuck for most of the day.

‘The older elephants had been attempting to free it by pushing it with their feet for several hours.

‘The elephants were becoming increasingly stressed and their cries for help had brought in a large herd.

‘Due to the fact that this was taking place so near to the secure “main camp” of the park, the Rangers were forced to resolve the situation by freeing the baby elephant.’ 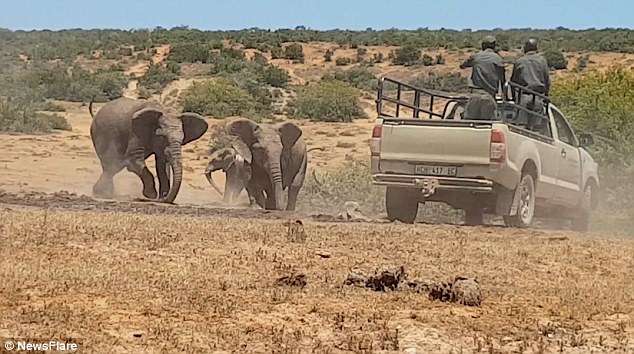 Wildlife rangers arrived, scaring off the older elephants, before freeing the calf 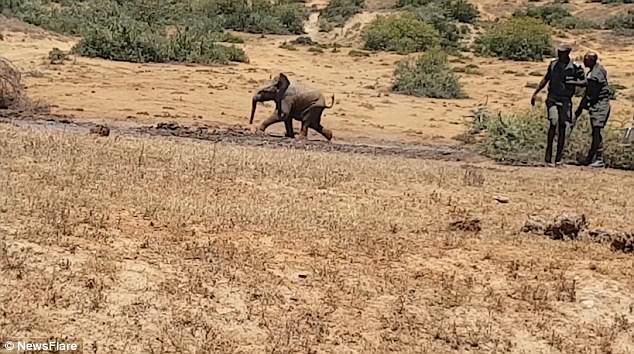 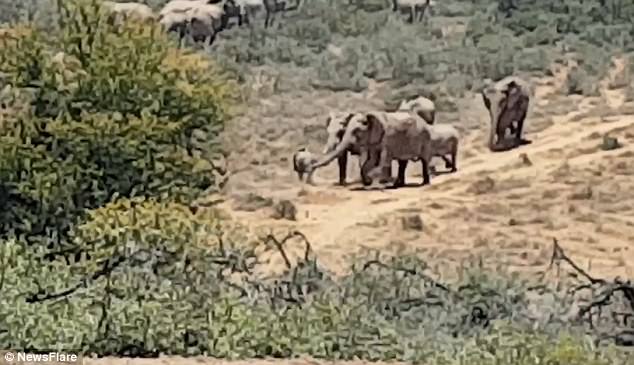 Finally the elephant joins the rest of the herd. The poster of the video said: ‘Due to the fact that this was taking place so near to the secure “main camp” of the park, the Rangers were forced to resolve the situation’

It’s not easy being this small! Moment elephant calf gets stuck as she tries to climb over fallen tree while walking with his family