Stephen is one of the most important churches in Austria and has witnessed many important events in its history, and is a must-visit place when visiting Vienna.

Discover the Old Town Vienna is one of the most unique world cultural heritage in Austria. Along the Vienna ring road, you will find numerous large and prestigious buildings such as the Hofburg Palace, City Hall – Rathaus, the Austrian parliament building… And one of the places Many visitors come to the old town Vienna is St. Stephen Church. 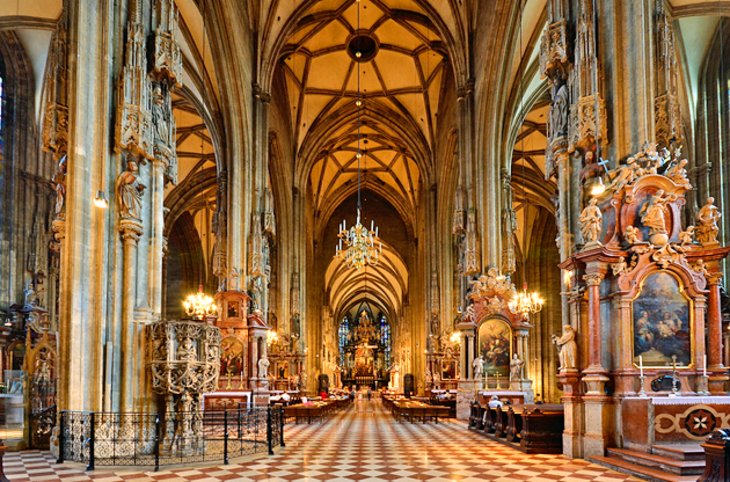 St. Stephen was built in the early 12th century, on the grounds of two former churches devastated. The church was built of limestone, measuring 107 feet (350 feet) in length, 40 feet (131 feet) in height, and its height at 136 feet (445 feet). Unique church architecture mixed Roman and Gothic. However, due to the long life span of the church, the church lost some of its inheritance, so the poet has been repaired and rebuilt many times, but not lost. It reflects architectural style over the centuries in Vienna. The oldest part of the church is the western wall, dating back to 1237. The prominent Gothic elements of the building, like the tower, were built in the 14th and 15th centuries. It has devastated many parts of the church, but after successful and quick remodeling efforts did not disappoint the visitors as they could see the building in its glory. 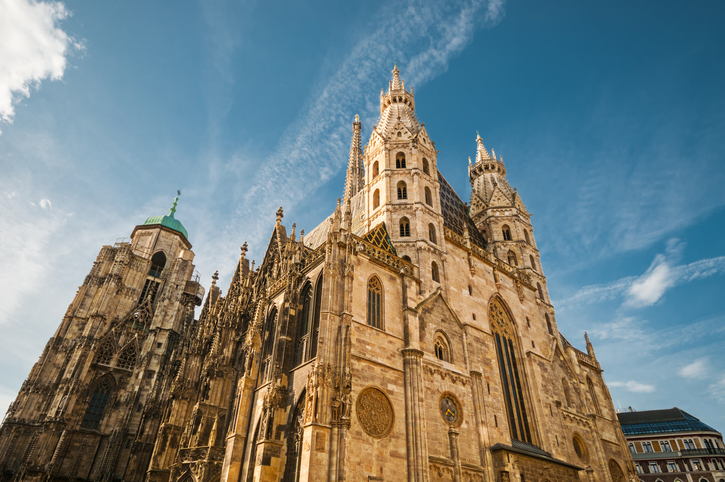 Vienna is home to world-renowned musicians such as Mozart, Beethoven, Schubert, Gluck, Johans Straus and Haydn … So the city of Vienna is considered to be the city of music, the capital of music. of the world or “hearts” of classical European music … Where to go in the city are also the hallmark of the musical genius Mozart, Beethoven.

It was here that the world-famous musician, Beethoven, discovered that he was completely deaf when he watched the doves fly out of the bell tower, but could not hear the bell.

The architecture of St. Stephen Church 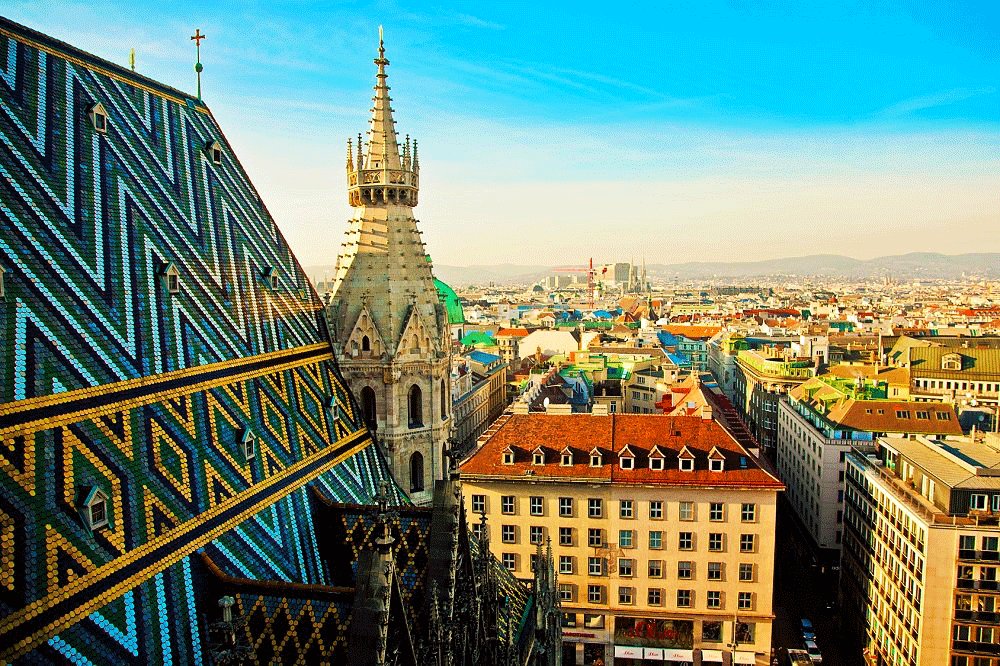 Prominent in the skies of Vienna is the pointed south tower like the needle of St. Peter’s Basilica. Stephen. When approaching, visitors will find the roof of the glass of the church is colorful. Inside, visitors will find a myriad of great religious artworks.

At this church there are 23 bell, the largest bell weighs 20,130 kilograms (44,380 pounds), and is the largest bell in Austria, the second largest in Europe using guns from the Muslim invaders cast in 1711.

The big bell was named “Boomer”, when the bell rang, the bell rang in the city. Therefore, the bell is only vibrated a few times a year, on special holidays such as Christmas or New Year, for example.

The church has 18 altars in the main hall and many other altars in the chapel are subordinate to the cathedral. The cathedral is the headquarters of the archbishop of Vienna and is the most important religious architecture in Austria. Visitors can visit the building without the ceremony and not on national holidays.

Find a way to visit the impressive sculptures, reliefs and religious images. The icon of Mary Pötsch in the 17th century is said to have had real tears. Take a close look at the Wiener Neustadter, a large gilded altar with religious images, one of the 18 altars in the church. Another noteworthy area is the Gothic pulpit, which is carved out of fancy.

Do not forget to explore the tomb and admire the spectacular tomb of Emperor Frederick III on the way. Leo 343 steps to the South Tower to admire the stunning view of the city. Visitors can also look at the roofs of the cathedral, made from over 230,000 glass panels and featured a mosaic of a two-headed eagle. At the North Tower, take an elevator to see the huge bell weighing 44,380 pounds (20,130 kg) called “Pummerin”.

9 Best Places To Visit in Austria Before You D.i.e