Young elephant Faa Mai shows that being the biggest land animal is no hindrance to putting on a rhythmic gymnastics display.

The talented five-year-old got to grips with a water hose and perfected her performance skills at the Elephant Nature Park in Chiang Mai, Thailand.

Impressive video footage shows the inquisitive young elephant picking up the blue hose pipe and wrapping it around her trunk before throwing it into the air. 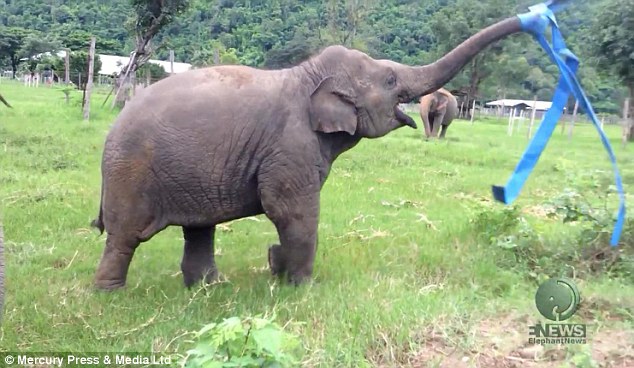 Feeling anything but blue: Faa Mai twirls a hose-pipe around with amazing skill 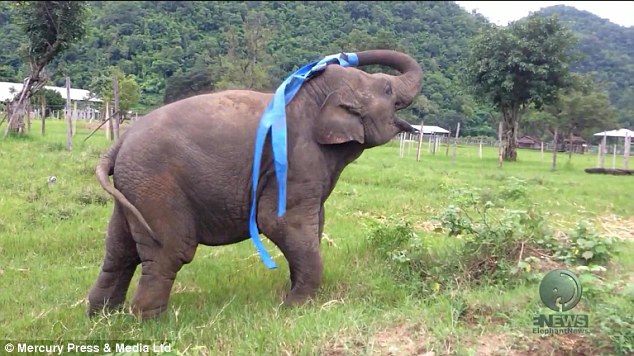 The three-minute clip captures the playful five-year-old elephant showing off skills that would rival the world’s top gymnasts as she loops the hose around her trunk.

And another member of the herd even seems to come over and watch Faa Mai’s thrilling demonstration, before the pair greet each other with a heartwarming hug.

Mr. Pooh, who works at the nature park, said: ‘It was a complete coincidence when she found the so-called ‘hula hoop’ shown in the video. 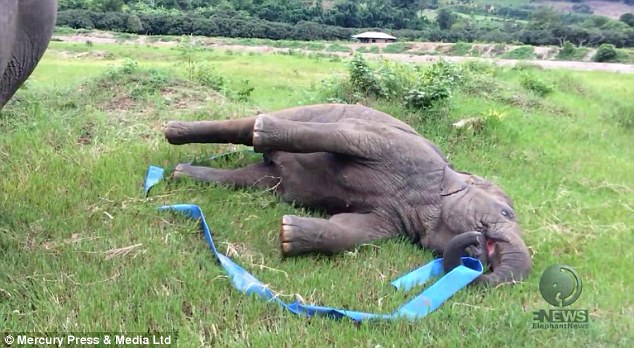 Bliss: Faa Mai cannot contain her happiness as she frolics with the hose 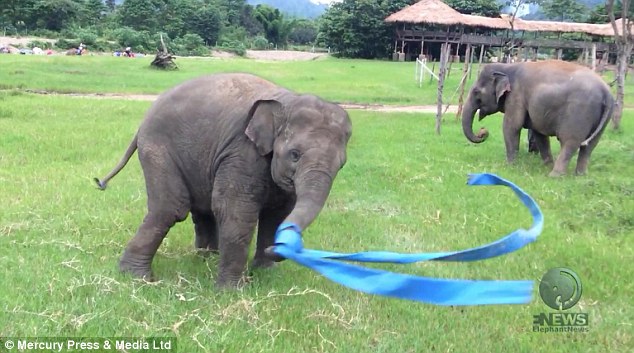 Delight: Faa Mai twirls the hose round and round 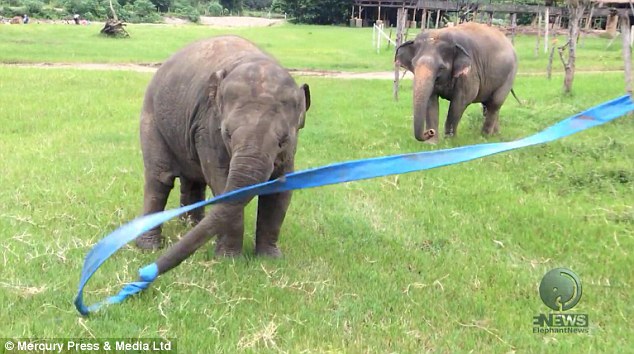 Playtime: Faa Mai’s antics attract the attention of a nearby friend

But what was so funny is that, in actual fact, it wasn’t a hula hoop or a ribbon at all – it was a gigantic water hose that the staff bought to get water from the river.

With tons of curiosity, she took the hose and started fooling around with it.

We were all really happy watching her and didn’t hesitate to capture the precious moment on camera.

It was like seeing your child playing with a new favorite toy as a proud parent.

A little help please, Mum! Baby elephant is put on its feet by its mother after taking a tumble