The Canadians take pride in their history and pleasure in the beauty of their land. As John Buchan, writer and Governor-General of Canada, said, “You have to know a man awfully well in Canada to know his surname”, it’s important to be aware of the local laws and penalties. Make sure you learn the following Canada travel tips on dos and don’ts to ensure the most of your precious time in this vast country. Do not smoke in British Columbia, smoking is banned on all public transport, in public buildings, including restaurants and bars, and workplaces.

Do not false display, sit on the Canadian flag or spill your dinner on it. The Canadians take a hearty sense of national pride on their flag which should never be shown indignity or be displayed in an inferior manner.

Do not fake Canadian accents.

Do not drink in public. Drinking alcohol in public is prohibited by law in all of Canada. Do not get into a taxi without noting the cab number and the name of the driver.

Do not buy something from a person who offers you a great deal on the street, especially if you have to follow them somewhere.

Do not carry parcels, gifts or luggage for other people across borders or through customs under any circumstances.

Do bear in mind that the temperatures of Canada range from plus 40°C in summer to minus 40°C in the winter, so dress accordingly!

Do bring an electrical converter for your electrical appliances if they operate rather on a different voltage than 110 volt electrical systems at 60 hertz as in Canada. The mains wall sockets and plugs are two parallel flat blades.

Do tipping. Like the USA, in Canada, it is customary to tip 10% to 20% for services such as restaurants, bars and pubs, taxis and hairdressers. Always check whether a service charge was included in a restaurant bill, especially if paying by credit card. Do respect wildlife laws and to maintain a safe and legal distance when observing wildlife.

Do find out if your medications are legal in Canada if you under prescription drugs. Carry a note from your doctor clearly explaining the medical reasons for your prescriptions.

Do choose your travel companions wisely. If your fellow travelers happen to be carrying, using or selling illegal drugs, you could be found guilty by association. 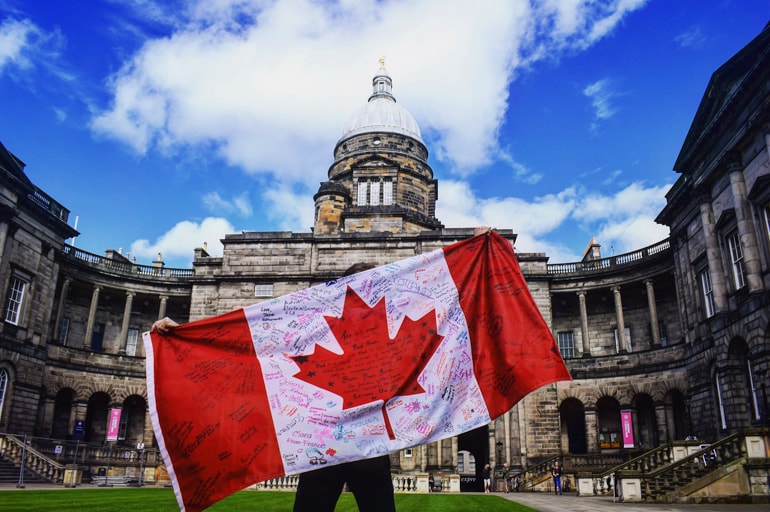 Do keep your valuables in the hotel safe. Petty crime such as pickpocketing and street theft can occur at tourist destinations, hotels and on public transport. Expensive watches, jewelry and cameras may be tempting targets for thieves.

Do excise caution while traveling in Canada. Heavy snowfalls and ice in the winter can make driving dangerous. The wind-chill factor can also create dangerously cold outdoor conditions beyond the thermometer reading.

Do be aware of earthquakes in Canada. The province of British Columbia in western Canada is in an active earthquake zone.

Do be mindful of safety. Some mountainous areas of Alberta and British Columbia are subject to winter avalanches. Tornadoes can occur in some areas of Canada between May and September.

Do make sure you have health insurance to pay your medical costs if necessary. Canada does not pay for hospital or medical services for visitors.

Do make two photocopies of valuables such as passports, tickets, visas and travelers’ cheques. Keep one copy with you in a separate place from the original and leave another copy with someone at home.