This is the ingenious moment a lost elephant was able to clamber onto a specially crafted rope ladder and escape from a canal.

The elephant, estimated to be 25-years-old, had fallen into a canal in Welikanda near Polonnaruwa, eastern Sri Lanka when wildlife officials decided to devise a plan.

Footage shows the elephant wade across the canal’s waters before spotting the specially crafted rope ladder made for him by the Department of Wildlife Conservation. 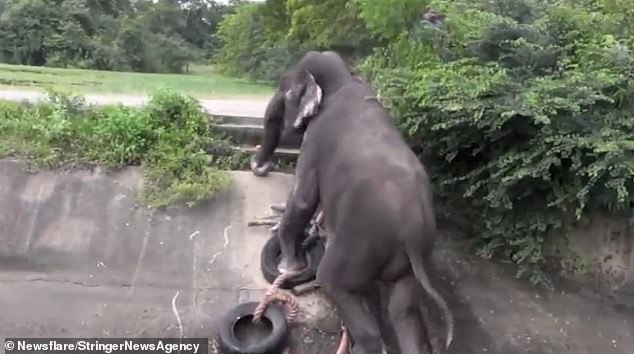 The elephant, estimated to be 25-years-old, tries to clamber up a rope ladder made for him by wildlife officials in Welikanda near Polonnaruwa, eastern Sri Lanka 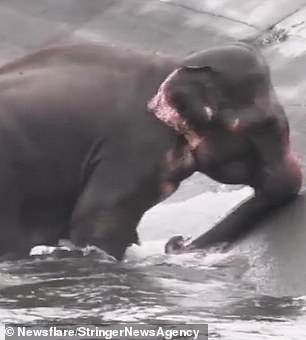 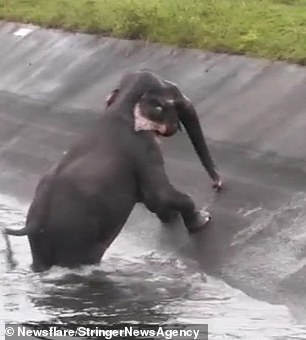 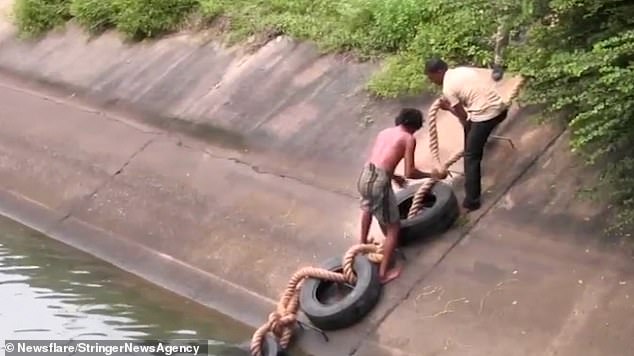 The clip shows the determined elephant initially try and walk up a slippery slope along the canal’s bank.

However, after a few attempts, he cannot bring his hind legs out of the water and retreats back into the canal.

Rescuers then use firecrackers to move the elephant along the canal and towards the specially made ladder prepared for him.

The elephant eventually makes his way to the ladder, made using ropes, sticks, and tires, and then begins to heave his body out of the water. 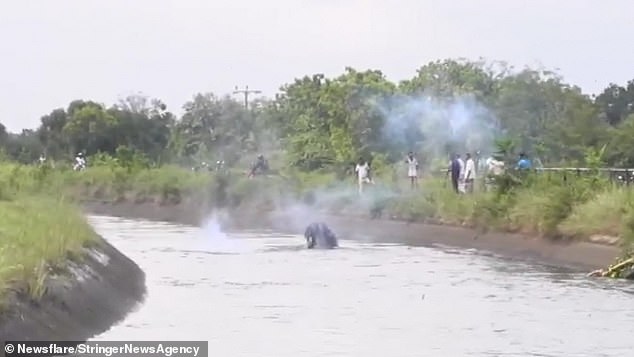 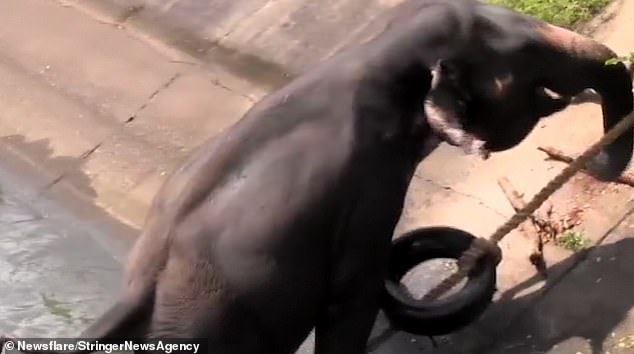 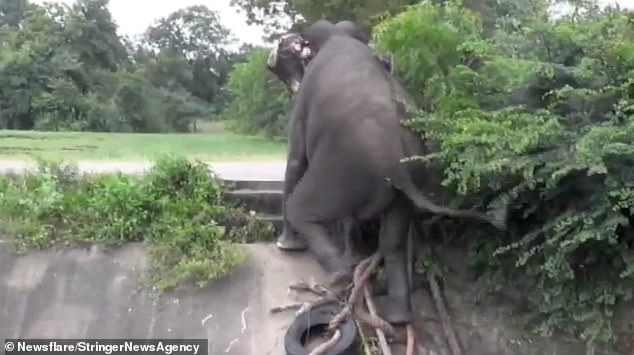 The helpless elephant makes desperate attempts to heave his body out of the water and grab hold of the rope during the six-hour rescue mission.

After multiple attempts, he eventually manages to climb up the ladder and arrive back on dry land.

The elephant’s efforts to climb out of the canal were captured on December 8.