Trams are the most frequent form of public transport in Vienna and the tram system dates back to the 1800s.

Vienna’s most important sights can be viewed in total comfort from a tram: The Vienna Ring Tram and the historic streetcars of the Tramway Museum circle Vienna’s Ringstrasse boulevard. 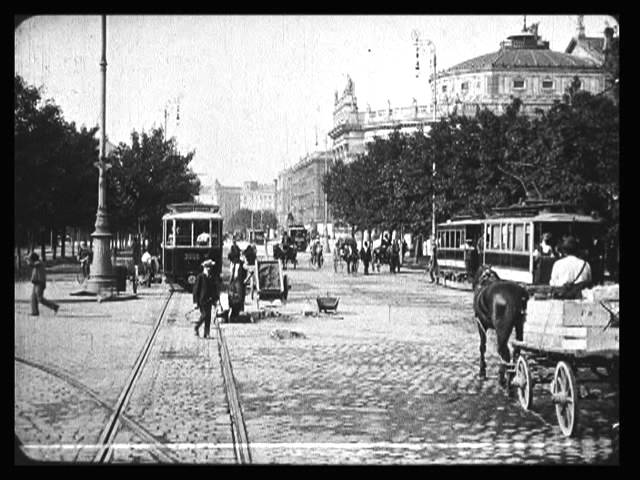 Every evening, the heritage-listed tram of the Tramway Museum departs on its one-hour tour of the city from the Otto Wagner city railway pavilion on Karlsplatz. A guide on board provides live explanations (in English and occasionally in German) of the sights along the Ringstrasse boulevard and features of Viennese life, such as the traditional coffee house. Many other historic trams are on display in the Remise – Wiener Linien Transport Museum. 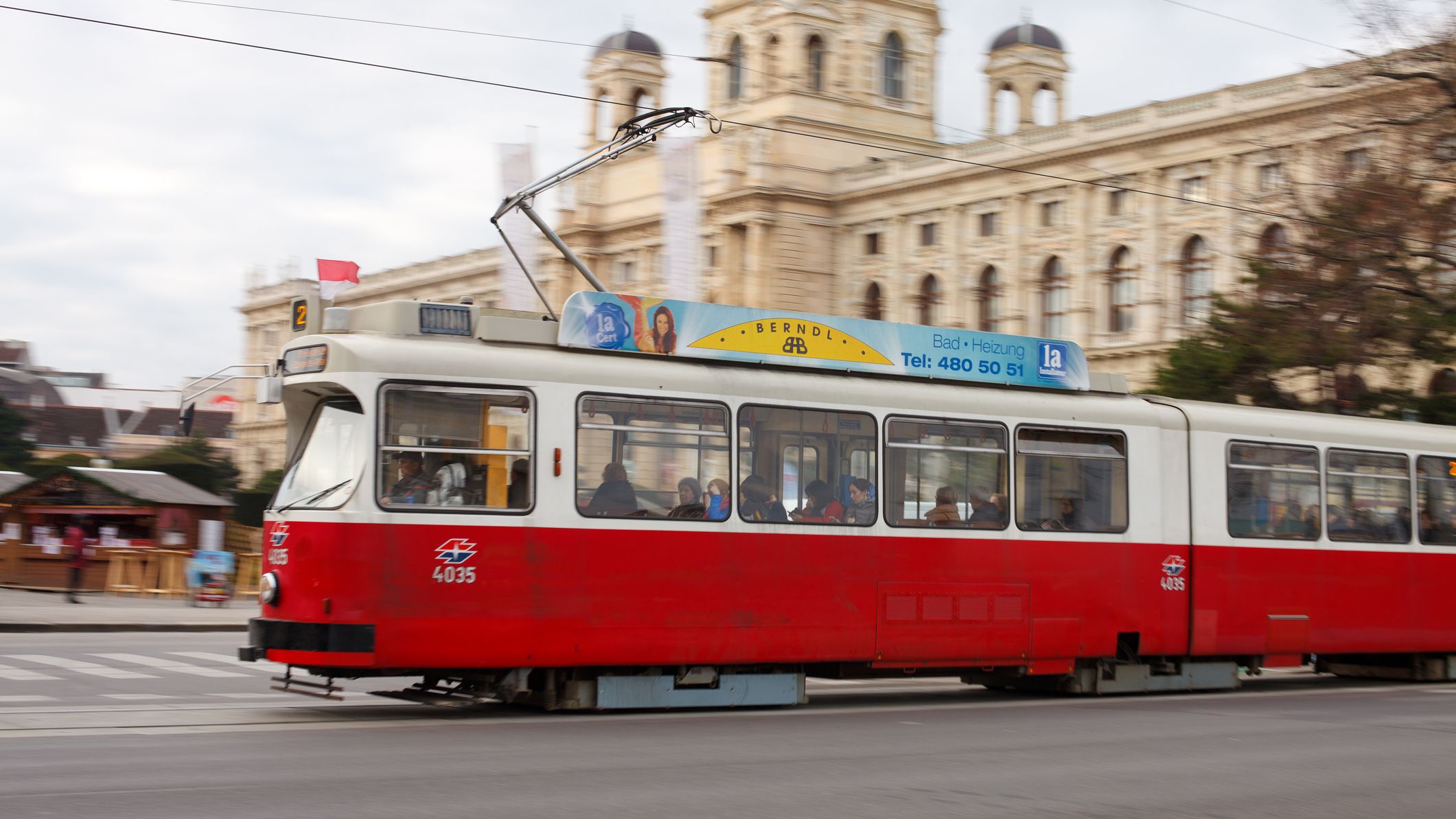 Viennese trams are easy to spot, being large, unsurprisingly tram-shaped, and decked out in the distinctive red and white of Vienna (with three exceptions: the sightseeing tram, the Manner tram, and the Ströck Christmas tram).

Your pubic transport ticket is valid for all of them (with the same three exceptions, though the Manner tram doesn’t charge anyway).

Just under 30 different tram lines cross the city, whereby most go to and from the city centre (like spokes on a wheel) and fewer go across town. 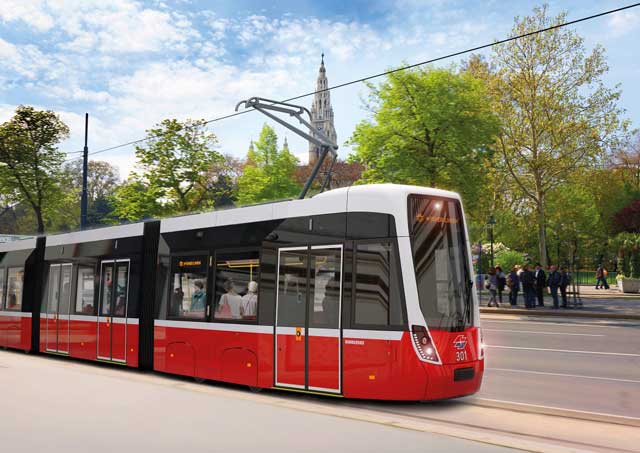 Each line draws its power from overhead electric cables and has a number or letter designation (e.g. 9 or D). Most lines run from the early morning until after midnight, with special night (bus) services also operating on selected routes.

During the bulk of the day, intervals between trams are generally 4-8 minutes, and delays are rare. Vienna is geared up for snow, so there have to be serious blizzards to keep the trams off the road. Vienna recently migrated from the old-style trams (see the picture of the number 2 above) to the new Niederflur trams, though some older trams still operate.

The modern trams are low-lying with raised tram stop platforms, so you can push a pram or wheelchair straight on without going up steps. The new trams also have dedicated areas for those wheelchairs and prams.

If you’re interested in old-timer transport vehicles, then I recommend you visit the city’s Transport Museum.

There are no special rules of the road for using a tram, but here a couple of tips:

Seats marked with colored symbols for the old, the handicapped, pregnant women or parents with young kids should be kept free for the same. You can sit there, but you should (obviously) move as soon as someone fitting the above descriptions gets on board and needs your seat 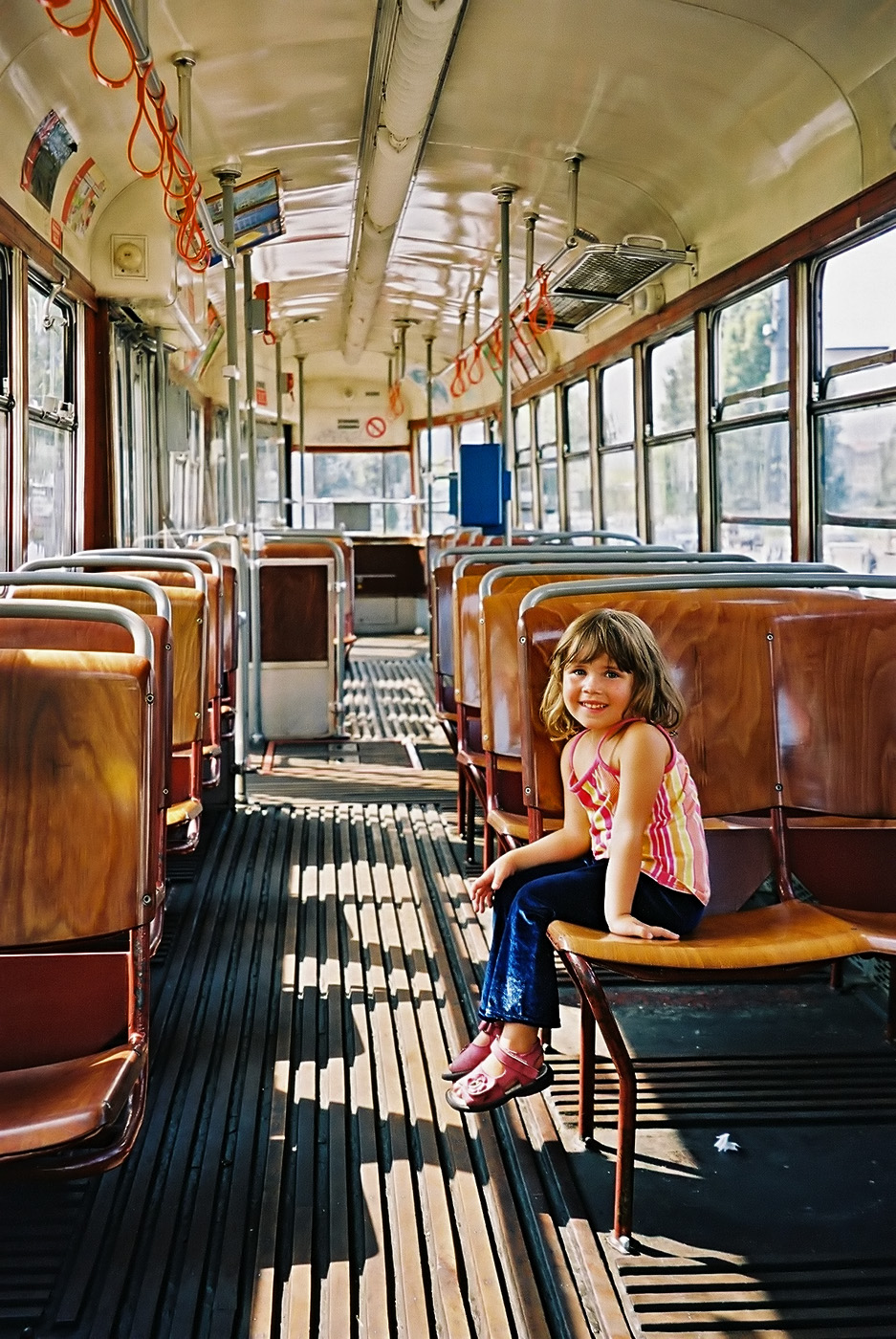 The same goes for those areas marked for wheelchair users or prams. You can occupy the space, but be prepared to move if needed
As you approach your stop, you should press the exit button on any door to warn the driver

In reality, there’s nearly always someone waiting so the tram will almost certainly stop anyway, but you need to press the button to get the door to actually open when the tram eventually comes to a standstill.

Similarly, if you’re waiting at a tram stop and the tram arrives but nobody gets off at the door nearest you, then press the button on the outside to board

Older trams have a list of stops displayed somewhere on board. Newer ones have screens telling you which stops are coming up. The next stop is normally announced over a loudspeaker, too.

The Urban Legends That Austrians Believe in