A herd of adult and baby wild elephants stopped traffic when they crossed a major highway in a Thailand province.

The family of more than 50 elephants emerged from the jungle and stomped across the road in Chachoengsao, east of Bangkok.

Spectacular footage shows dozens of locals gathering on either side of the road to watch the placid creatures. 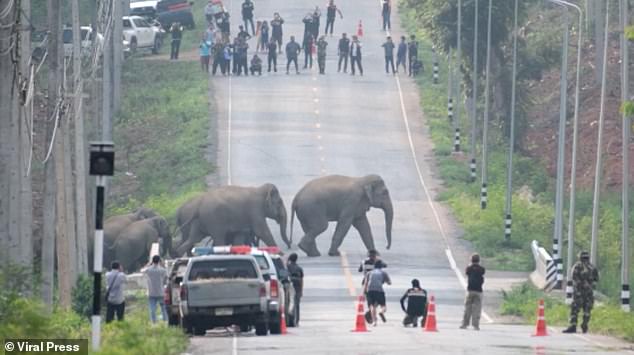 A large matriarch elephant leads the herd across the road as she leisurely strolls across to the jungle on the other side.

She is closely followed by the rest of the herd all in touching distance with babies in tow.

One elephant briefly stops before carrying on as the whole herd clears the road in just under 40 seconds. 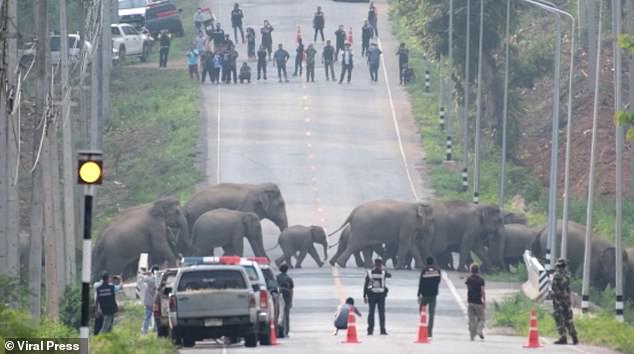 Several police officers also arrived to ensure the elephants made it safely to the neighboring area of the jungle.

Wildlife rangers had been tracking the elephants through the wilderness during the day then quickly blocked off the road to prevent any accidents.

The filmer, Pragya Chutipat Sakul, said: ‘More than 50 wild elephants crossed the highway. They were moving together from one part of the jungle to the other.

‘The wildlife officers had been following the elephants for the last few days. 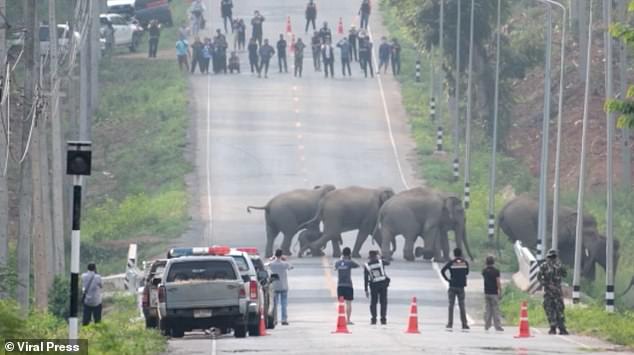 ‘When they saw that their path was moving towards the road, they called the police and urgently closed the road.

‘Policemen arrived to ensure that the elephants crossed smoothly and there were no accidents.

‘Nobody minds waiting for the elephants, as the most important thing is that they’re safe.

‘The elephants were all so calm and barely noticed the humans. I feel very lucky to have seen such an amazing sight.’ 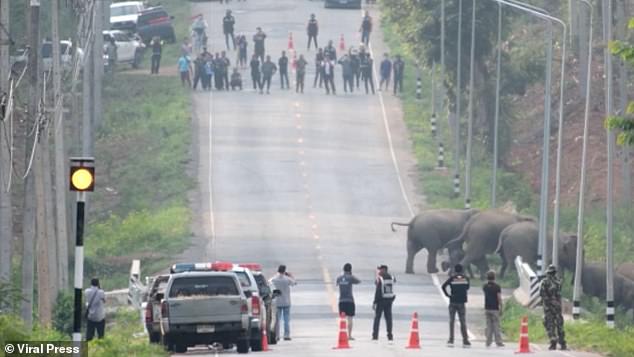 While majestic, the wild elephants in Chachoengsao have hit the news for the wrong reasons this year on occasion.

Last Thursday, mango picker Chalermphol Sukthawee, 53, was found dead at a rubber plantation near a forested area at the base of Langka mountain.

He is believed to have been stomped on by a herd of elephants in the district.

A monk was also killed on February 11 when ignoring warnings about a herd in an oil plantation.

Phra Prapop, 35, was in seclusion when he was reportedly dragged out of his tent by an unknown number of wild animals.

By JOE DAVIES FOR MAILONLINE