The iconic pointed and curled hats with long dresses and aprons: this is the stereotypical Dutch girls’ outfit. It’s as typical as the Dutch monarchy, windmills and tulips – yet there’s so much more to it than just this familiar image. There are countless variations on the Dutch traditional costumes that we’re all familiar with, depending on the region, occasion and time of year.

Maintaining pristine outfits throughout the years

In the present day, we often tend to discard unwanted clothes without a second thought. Not long ago, making clothes and going to specialised tailors was how the Dutch managed to maintain pristine outfits at all times. Whether rich or poor, all levels of society were mending their clothes and making them last. Cloth was almost always reused – a washed-out skirt could later be used as a lining for another garment after it had passed its best days.

Clothing was kept in great condition – women devoted a lot of time to keep their clothes in check, making them last for years. Dutch women made a large number of their clothes themselves and other items were ordered from specialised seamstresses. Girls learned intricate needlework from a very young age and developed the skill over a lifetime. They were valuable skills to have growing up and would set a girl up for future life as a wife and mother, maintaining outfits for all the family.

Traditional outfits from all over the Netherlands

There was an exhibition held in 1898 called “National Costumes of Her Majesty’s subjects”, in honour of Queen Wilhelmina on the occasion of her inauguration. Regional costumes from throughout the Netherlands were brought together for the occasion, possibly for the first time ever. 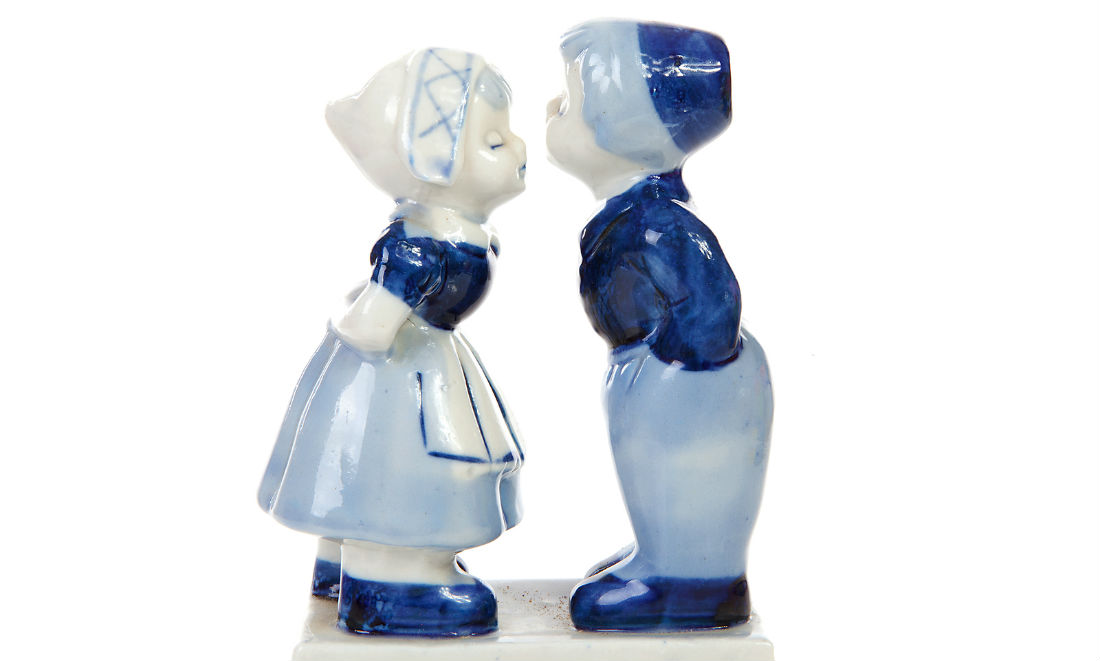 This offered a very clear overview of the variations in style in the different parts of the Netherlands, which were in danger of disappearing even as early as 1898, due to the rise in the availability of cosmopolitan fashions. The traditional clothes stayed on display until 1916 and were then transferred to an open-air museum, although they seem to have been temporarily lost during World W.a.r II.

Regional differences can be huge. Volendam is where the most famous pointed white women’s bonnets come from, for instance, whereas in other villages, like Urk, they wear veil-like hats. As well as regional differences, each person was likely to have also had variations for specific reasons.

There were different places and times of the year for wearing particular clothes: there were costume changes for transitional moments, such as birth, baptism, marriage and death. Mourning was also a reason for a distinctive costume, which people wore for a lengthy period after the death of a loved one.

When changing their dress code for specific occasions, the Dutch tended not to change their entire outfit, but rather, they altered some of the outer accessories: women often had rough aprons and outdoor bonnets for work and smarter, more elegant aprons and dressy bonnets for shopping and visiting people. The most elegant Dutch outfits were worn for special occasions such as weddings and for going to church on Sundays. 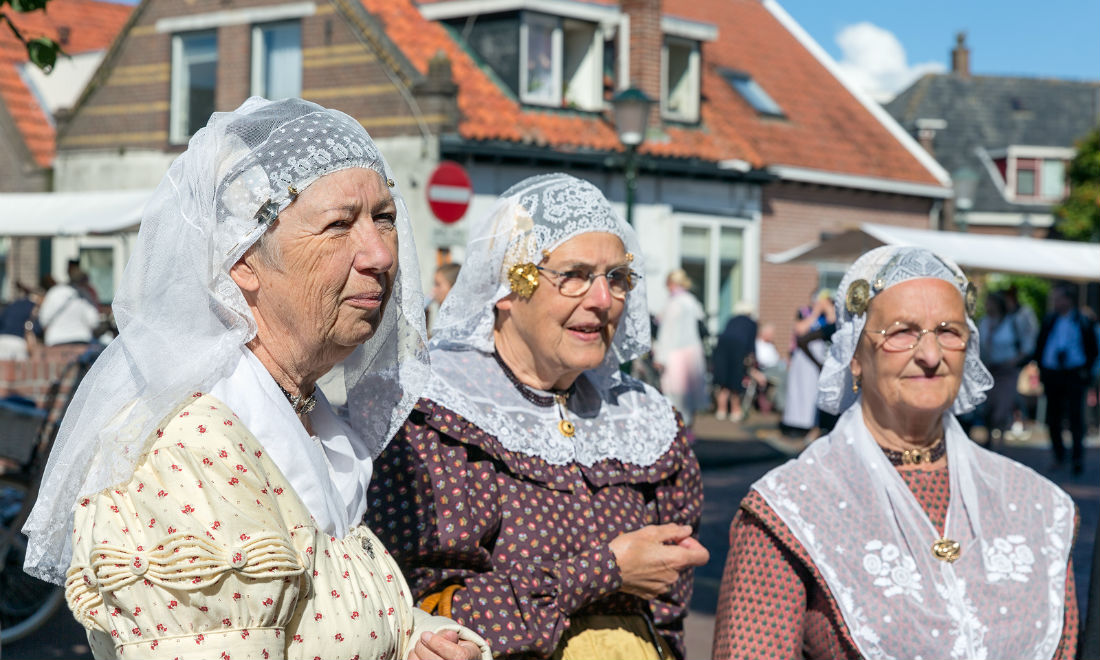 Try on a traditional Dutch outfit

Something to bookmark for when the coronavirus chaos is behind us: on Herengracht in the centre of Amsterdam, you can visit the Dutch Costume Museum, and gain insight into the history of Dutch traditional costumes in about an hour.

The most memorable way to get a sense of the way Dutch people used to dress is, of course, to dress up in the clothing yourself! In the same building as the clothing exhibition is the Dutch Costume Photo Studio, where visitors can dress up in traditional Dutch costumes and have a souvenir photo taken. This is extremely popular with tourists from all over the world.

Dutch traditional clothing is still worn in some communities

Nowadays, the number of individuals wearing Dutch traditional clothing decreases by the year. However, you can still find Dutch villagers wearing traditional outfits in Urk, Spakenburg, Staphorst, Volendam and a few other villages, although it’s mostly elderly people wearing them. 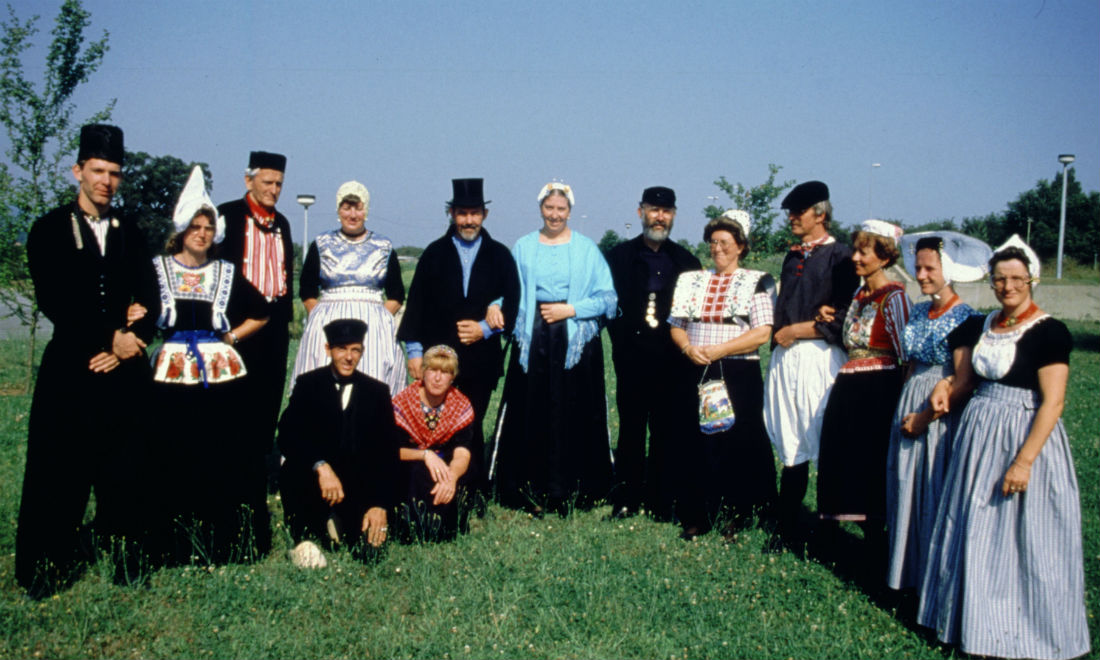 Incredible Castles in the Netherlands You Can Stay in