A trip to Portugal is as much a culinary experience as it is a historical adventure. As more tourists flood this small country, one takeaway is becoming clear: Portuguese food is delicious. These five dishes are clear proof of that, and you can try them in Porto.

Normally flavoured with garlic, wine and chilli pepper sauce as the base, Portuguese recipes burst with flavour and aroma. While travelling through Portugal, expect a hybrid of meats, seafood and vegetables to fill the menus. However, each region and city has individual specialities and characteristics that must be sampled.

While in Porto, the cuisine reflects the surrounding terrain. Between the sea and mountains, you can expect a mix of surf and turf. There are also plenty of thick soups and stews to sink into. These five recipes are a handful of many that must be tried while visiting.

What’s more comforting than a steaming bowl of soup? Caldo verde, known as kale soup in English, is a simple but delicious recipe that showcases healthy kale as the superstar. It’s not all vegetables, however, and is normally flavoured with Portuguese chouriço (chorizo). Thickened with pureed potatoes and flavoured with garlic (like most other Portuguese recipes), one or two bowls of soup will satisfy both bellies and palates in unison. 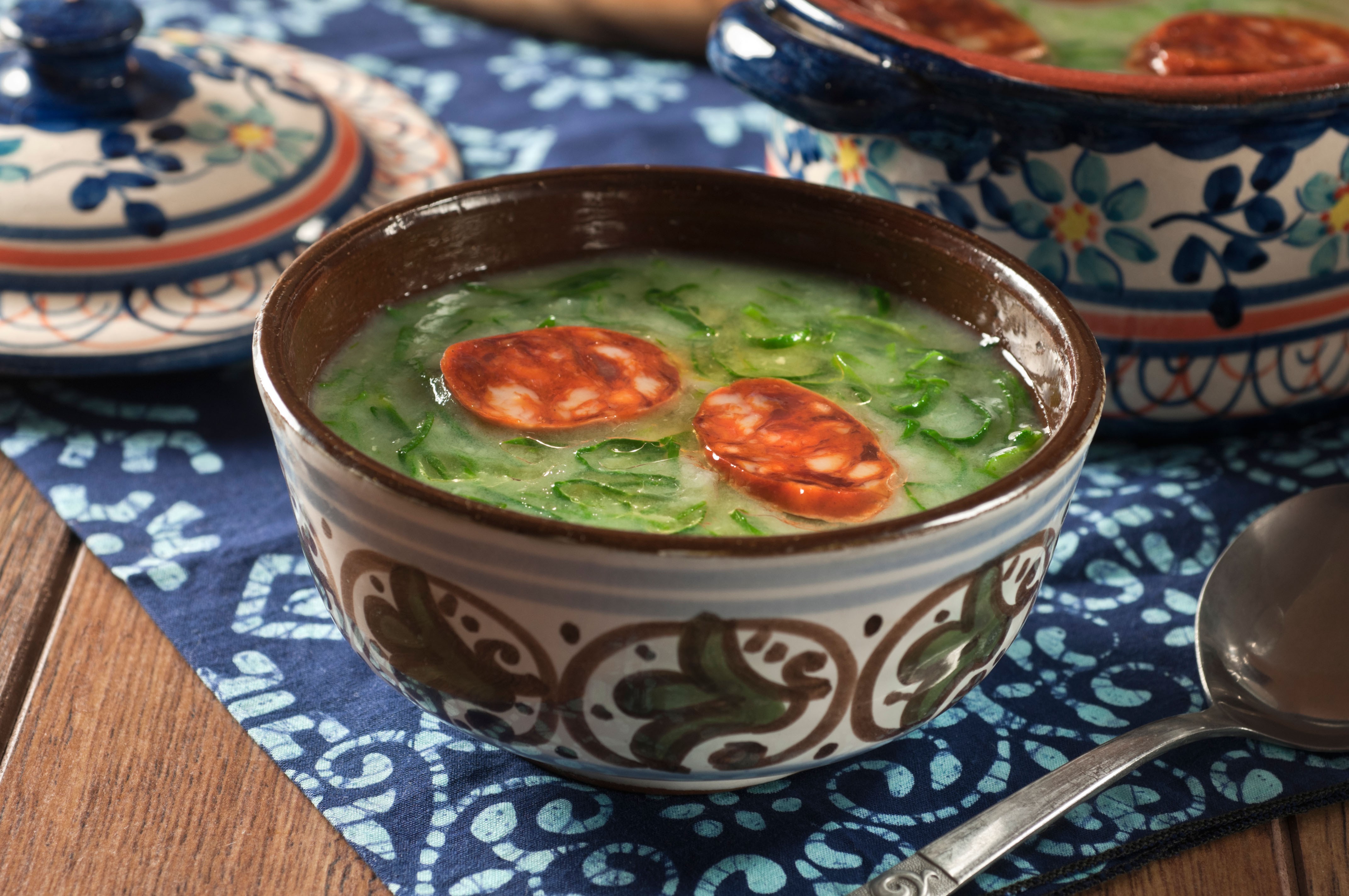 It’s almost a foodie crime to visit a city and not taste its namesake dish – and tripas à moda do Porto (Porto tripe) is also a dish with a story. It’s said that when Henry the Navigator was preparing for one of his expeditions, he asked for help gathering supplies from the people of Porto. The result was an outward show of generosity – so much so that the locals were left only with animal entrails and organs. As necessity facilitates creativity, tripas à moda do Porto was thus born. This dish (now complete with beans, sausage, vegetables and herbs) has become so popular that it led to the term tripeiros, a nickname for locals from Porto. 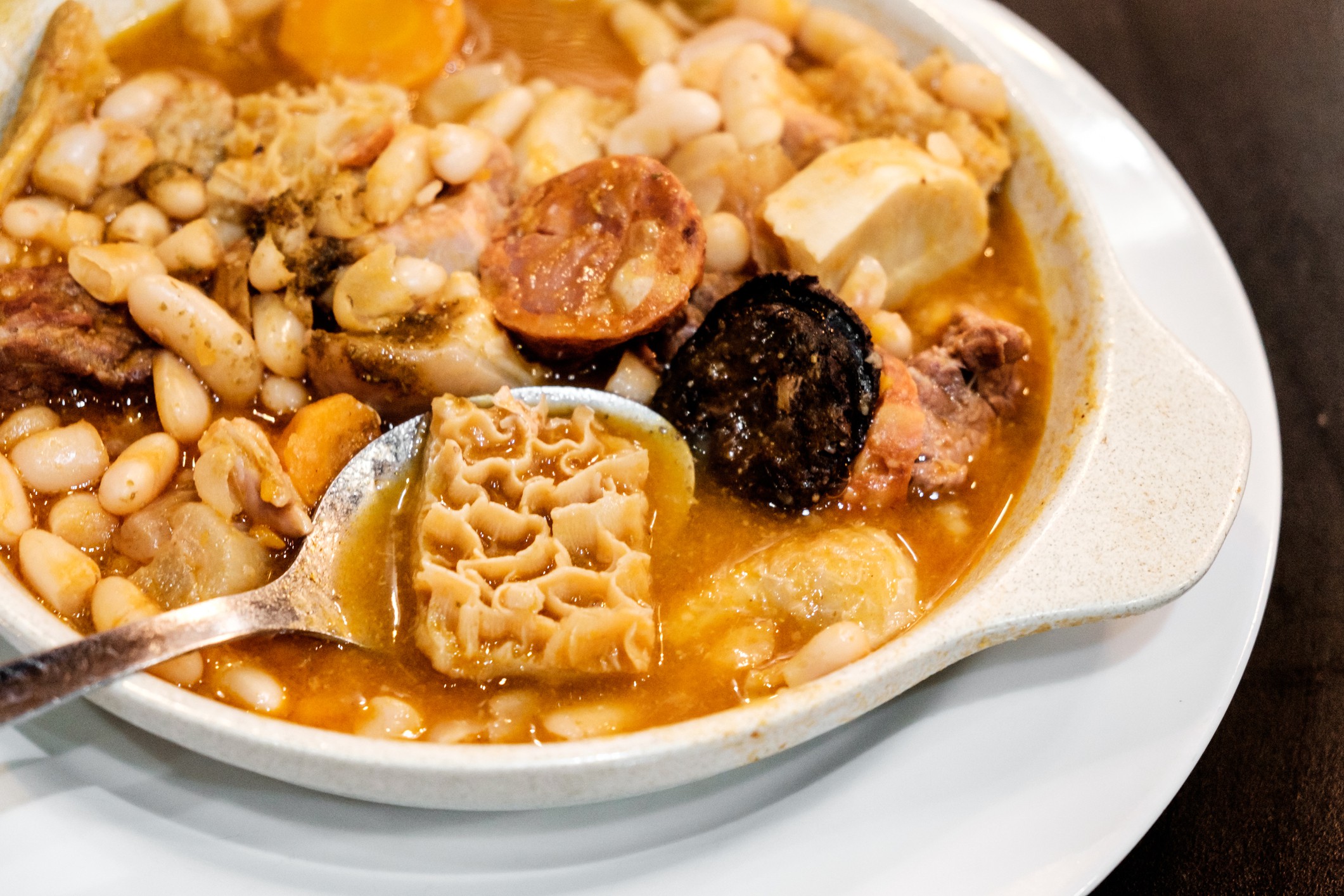 There may be no dish from Porto more popular than the francesinha. Introduced in the 1960s, it’s a twist on a classic French sandwich. Not a recipe for vegetarians, the francesinha is filled with four or five different meats, covered in cheese and drowned in sauce. What’s in the sauce? No one really knows. Each chef has their own secret, but beer is normally the base. Many restaurants in Porto claim to have the best francesinha, so deciding where to go is a matter of guesswork. 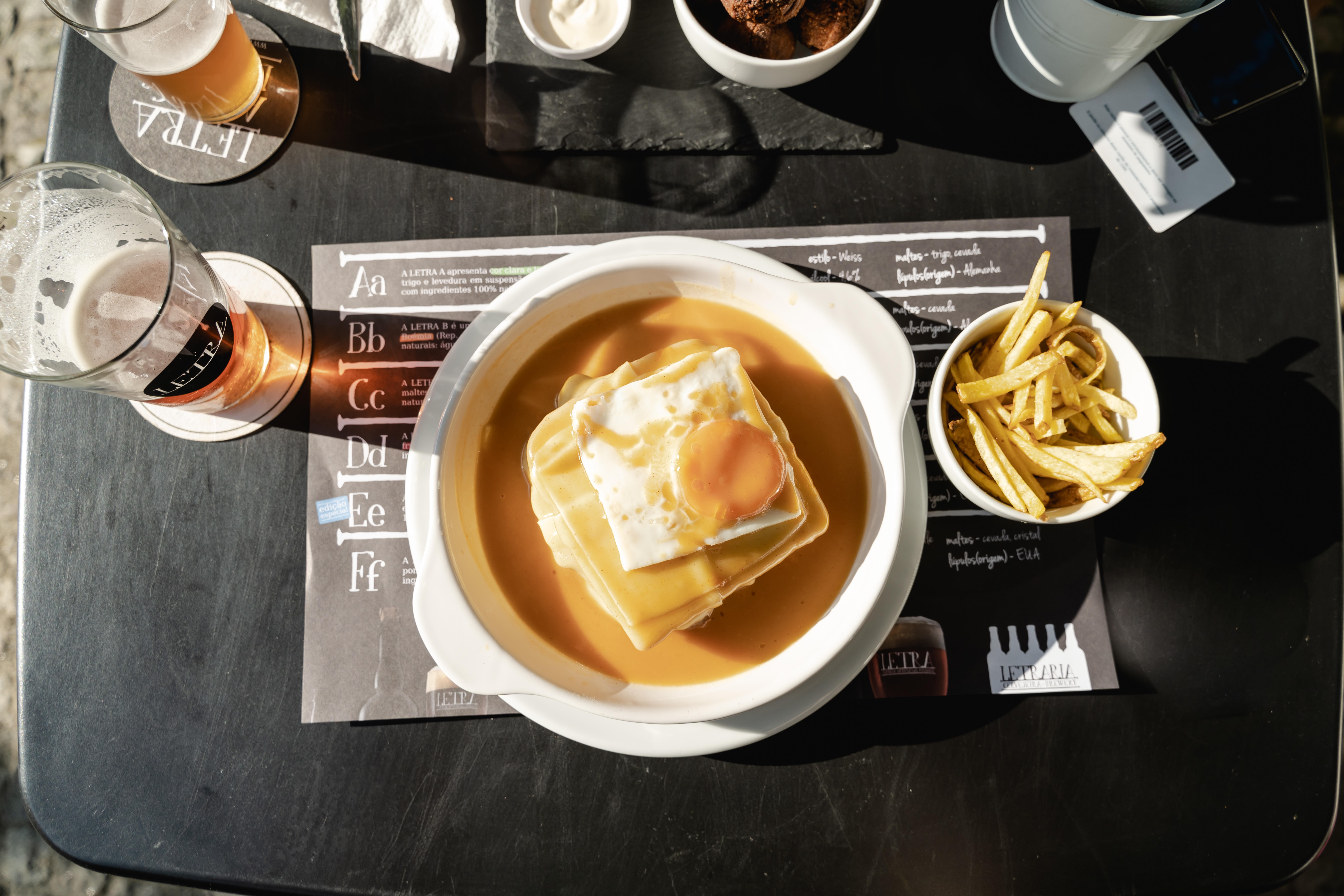 Here is a dish that is as Portuguese as it gets, and one that is normally listed as a favourite no matter which region it’s from. At the basics, a cozido is a stew with many different cuts and types of meat, served alongside cabbage, carrots, onions and potatoes. Each city leaves a unique mark on this popular recipe, and a visit to northern Portugal is incomplete without indulging in it at least once. 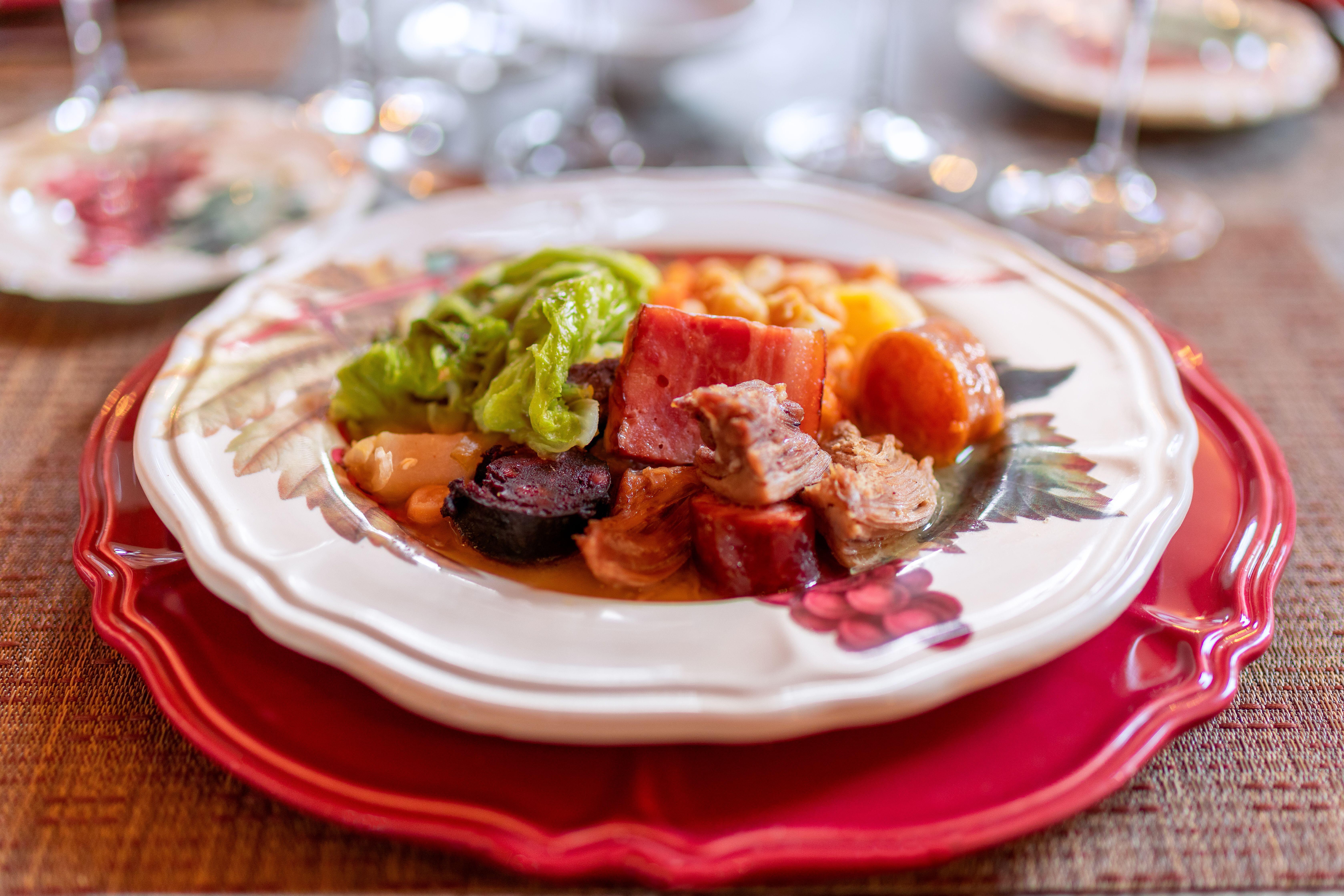 Bacalhau (codfish) is the most popular fish in Portuguese cuisine – a fact proven by the hundreds of ways to prepare it. While grilling and boiling are more common cooking methods, baking is also a good way to go, and bacalhau com natas (codfish with cream) is a richly flavoured masterpiece. It’s not the quickest recipe to make and not offered as often as other recipes, so the dish should be pounced on when available. 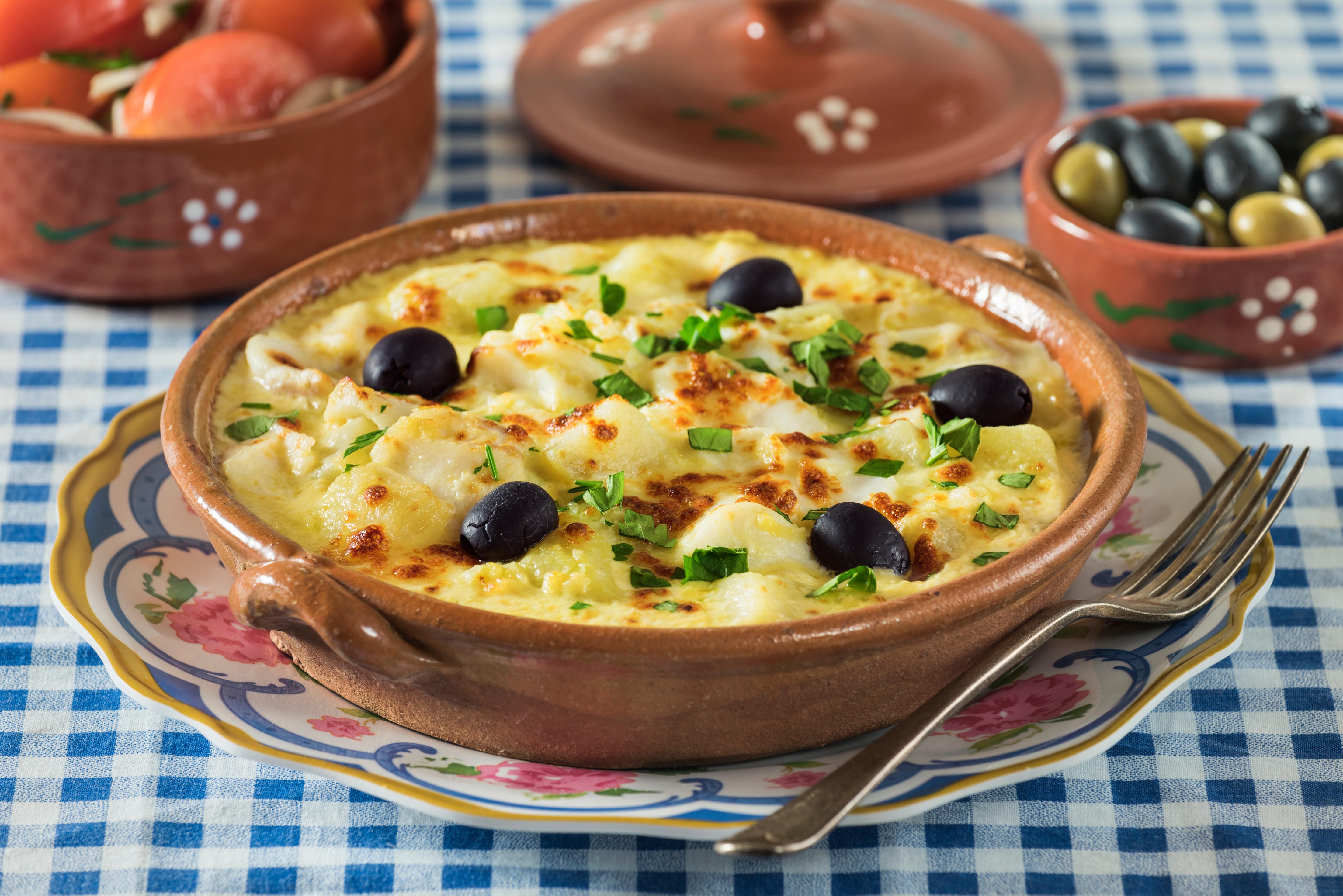 The Top Things to Do in Lisbon, Portugal

20 Things to Do in Portugal in Your Twenties