Viennese cuisine is famous and much loved for its variety of sweets. Whether hot or cold, as a starter or dessert: enjoy the sweeter side of Vienna!

In 1832, Prince Metternich asked his court kitchen to create a special dessert for a reception. Due to the illness of the chef, it fell to the 16-year-old apprentice Franz Sacher (1816-1907) to dream something up: and thus the Original Sachertorte, now famous all over the world, was born … 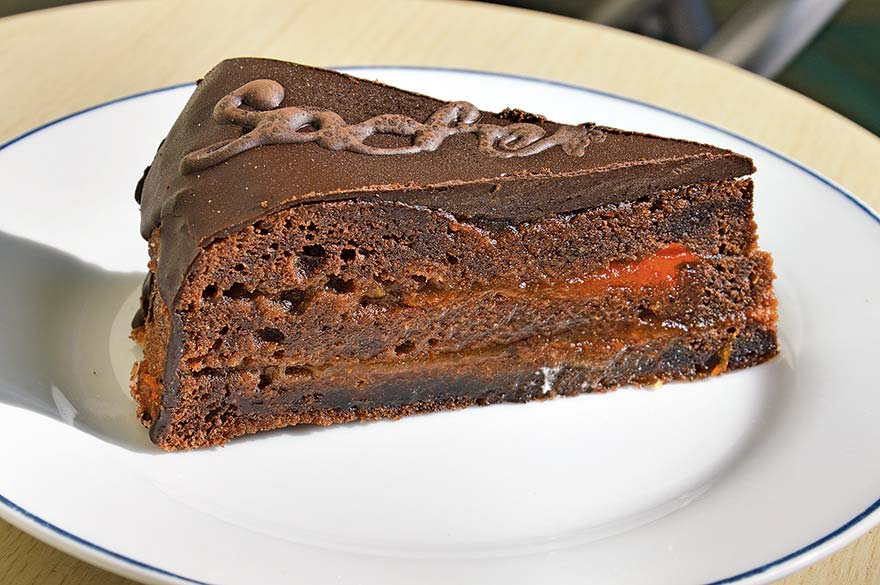 Kaiserschmarren is prepared from pancake dough and – besides the Sacher Cake – one of the most popular sweets of the Viennese cuisine. Enjoy this imperial Viennese delicacy! 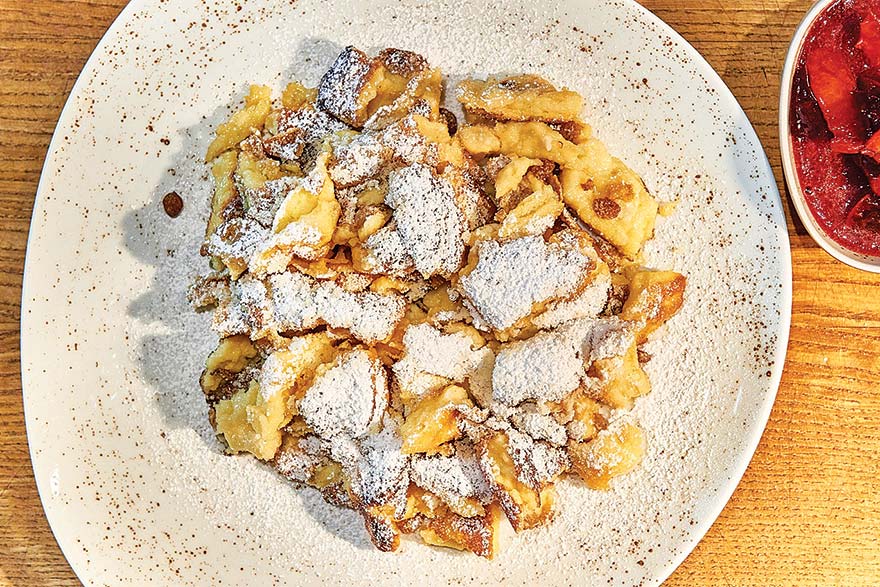 One of the many legends about the origin of Kaiserschmarren says that Emperor Franz Joseph I liked to have Palatschinken (pancakes) for dessert. If the cook made them too thick or torn, they were served to the staff as “Kaiserschmarrn”, because they were not good enough for the Emperor. 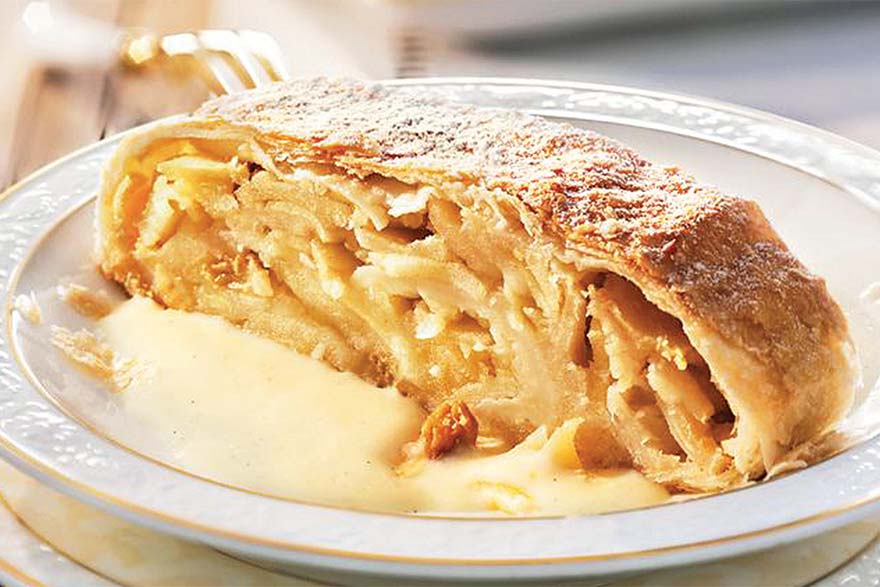 In Vienna, there is disagreement about whether the apple strudel filling should be prepared with or without crumbs. Even though the famous Hotel Sacher supposedly resolved this issue once and for all, the debate continues. You will have to see for yourself which version of this Viennese delicacy you like better! 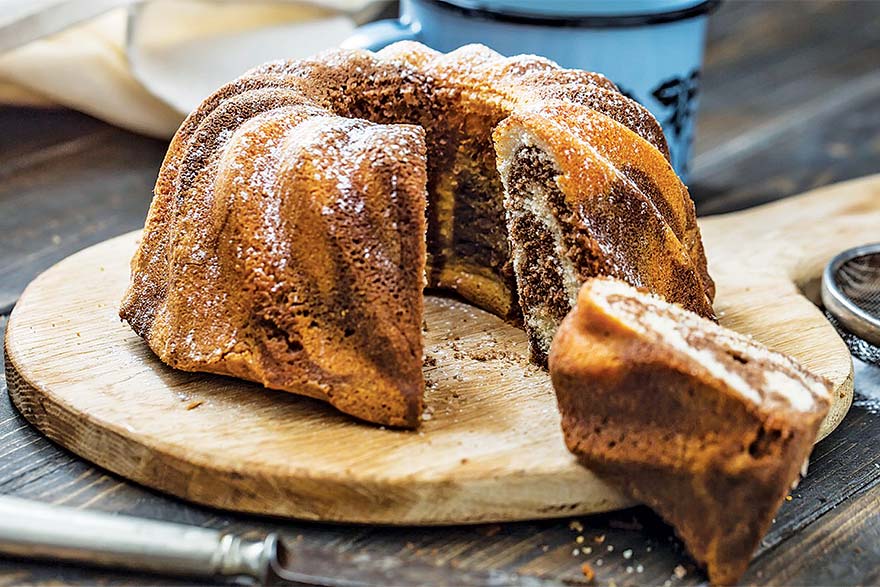 Marmorgugelhupf (marble bundt cake) is a traditional Viennese pastry. The name can be traced back to the Middle High German word “gugel” (hood) which describes the shape of this Viennese delicacy with beautiful marbling. During the period of Biedermeier the Gugelhupf went on its journey around the world, starting off in Vienna. Today, it is served at any time of day with coffee and tea. Emperor Franz Joseph loved the Marmorgugelhupf even for breakfast. 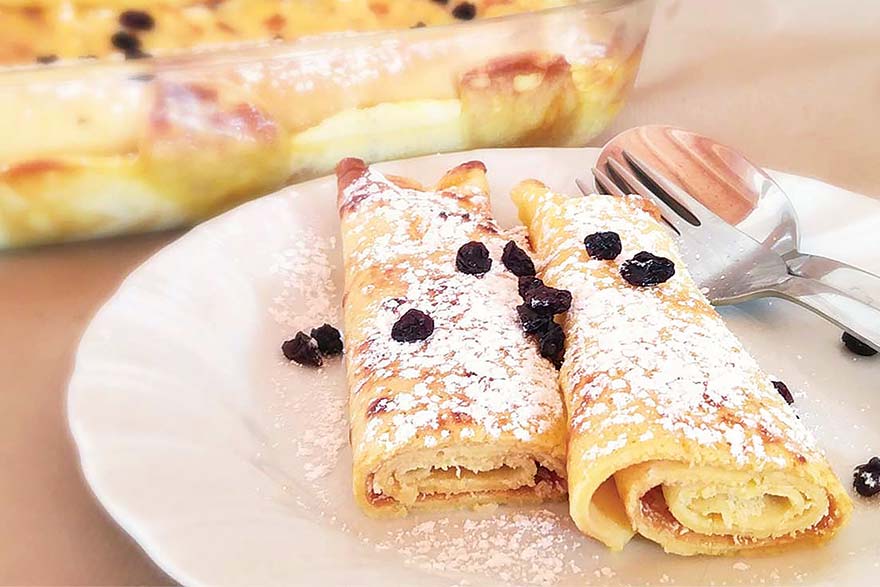 The history of the “Palatschinke” started in Roman times. The Romans called it “placenta”, which means cake. After having passed Hungarian and Slovakian regions, the “palacinka” finally reached Austria. Viennese cuisine has been using the term “Palatschinke” in cookbooks since the 19th century. The “Palatschinke” has managed to become one of the most delicious desserts of the Viennese cuisine, and it tastes best with a curd cheese filling.

Viennese desserts have multi-cultural origins. The “Buchtel” (yeast bun) for example comes from the Czech-Bohemian cuisine, where it is known as “buchtičky”. 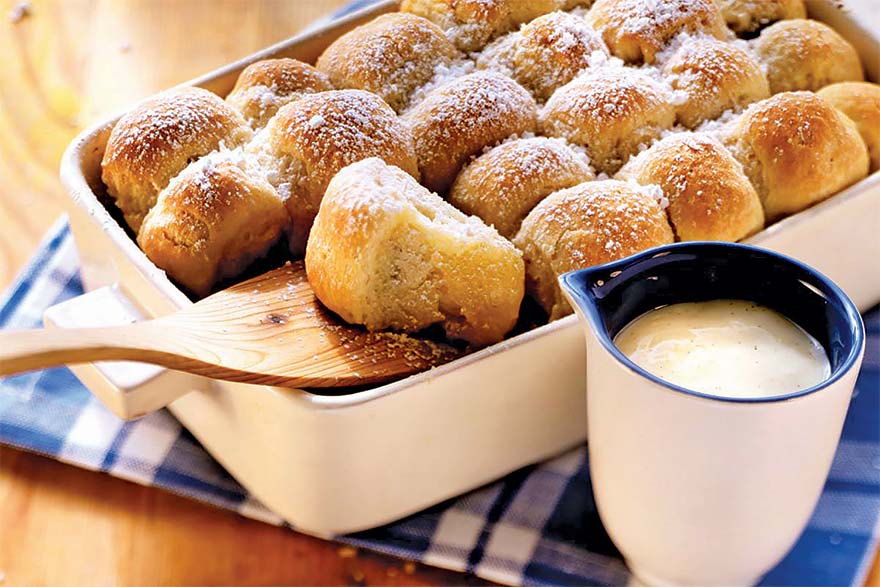 In Vienna, the Buchtel has become famous during the period of Biedermeier due to an enterprising innkeeper: Originally, yeast delicacies were filled with jam or fruit. The smart innkeeper filled the Buchteln with lottery cards und sold them at a good price. The Viennese were enthused and bought many, many Buchteln. Today, the Buchtel is still very popular in Vienna. It tastes especially delicious with vanilla sauce! 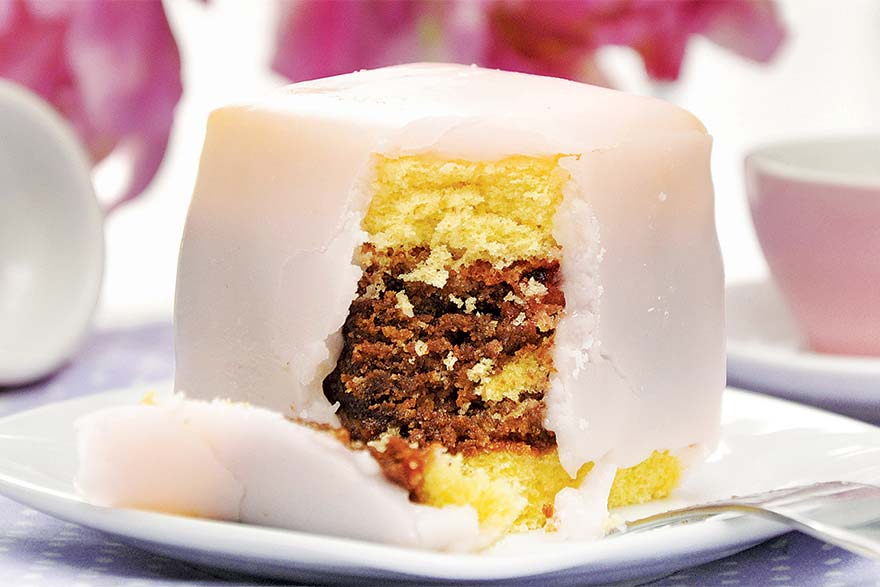 They are a classic of Viennese baking tradition. The Punschkrapfen punch cakes seduce the sweet-toothed with fine sponge cake, a sweet filling of jam and rum, all covered with a pink punch glaze. They’re almost irresistible! 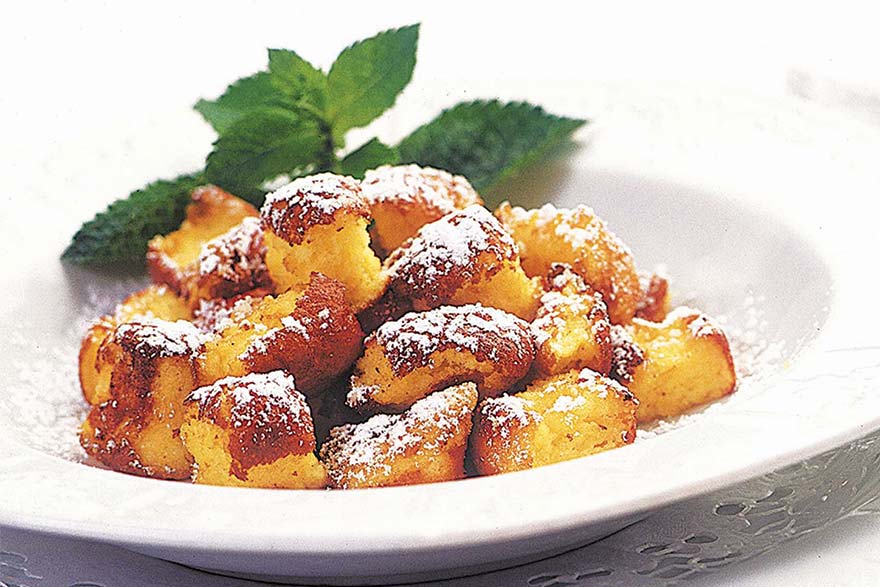 During carnival time the Viennese „Schlosserbuben“ (literally: locksmith boys) are especially recommendable. However, we are not talking about craftsmen. These delicacies from the Viennese cuisine quite simply denote baked plums. They are fried in lard or oil and are therefore an ideal alternative to the popular Viennese carnival doughnuts. By the way: The “Schlosserbuben” have a perfect counterpart in the Viennese cuisine: Baked apricots are called “Wäschermadeln” (literally washerwomen)!

15 Top-Rated Attractions & Things to Do in Klagenfurt