Witnessing the baby elephant fall into the lake, the male and female elephants jumped to save them while more than 10 other elephants tried to pull all three to the shore.

On October 11, rangers successfully rescued a family of elephants trapped in a 5m deep reservoir on a hilltop in southwestern China’s Yunnan province. 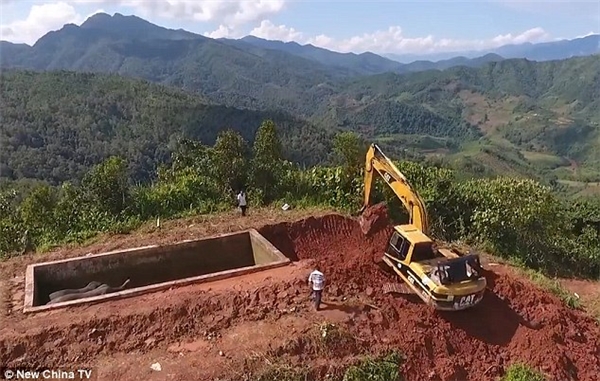 These three elephants have been stuck here since 2 days ago. The lake is used by nearby farmers to irrigate crops. Local authorities believe that the baby elephant may have fallen into the reservoir first, then the male and female elephants jumped down to help, so all three were trapped.

These three elephants have been in the lake for 2 days. 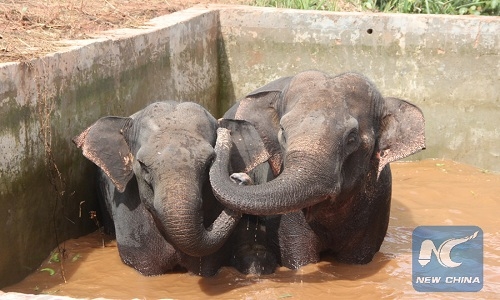 Seeing the baby elephant fall into the water, the father and mother immediately jumped to save the baby, but all three were stuck in the lake.

The process of rescuing the elephant family was difficult because of the appearance of more than 10 other elephants next to the lake wall. They walked around, trying to use elephants to pull the elephants out of the lake but failed, while two adult elephants helped the young to rise when the water rose. The heavy rains that caused the lake to rise rapidly also hindered efforts to rescue the elephants. 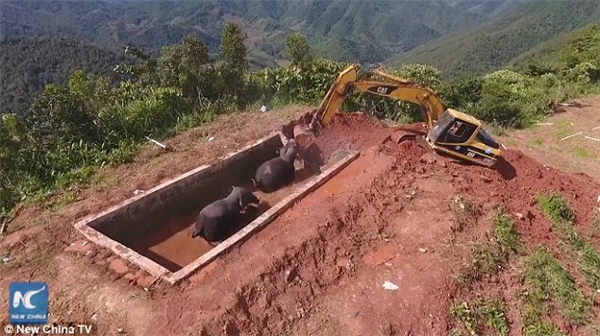 The rescue process was difficult due to the weather and the appearance of other elephants.

Rescue workers brought bananas and food to the stranded elephant family so they wouldn’t go hungry. Helicopters and fire extinguishers were used to repel the elephants. Then they brought an excavator to dig a big hole to break the lake wall and bring the 3 elephants to the surface safely.

A large hole was dug next to the lake to rescue the elephant family.