Innsbruck in Austria is a popular European ski destination and with resorts that reach well above 3,000m, there’s always plenty of snow right through to Easter. But there’s also plenty to discover away from the slopes, and this is what makes Innsbruck an appealing year-round destination.

Here are our top 10 picks of things to do and see away from the slopes: Innsbruck’s picturesque Old Town reveals the medieval wealth of the Tirol, situated on the routes to both Germany and Italy. The central square is marked by a stunning gold roofed building, and flanked by others with ornate, rich plasterwork and paintings. The colors are vibrant and the cobbled streets bustling with life as tourists and locals mingle, chatter, sip coffee, and eat cake. Many of the shops retain their historic signs, showing the type of goods they once sold, and every now and then you come around a corner and are greeted by a view of the mountains, peeking out above the higgledy-piggledy rooftops. 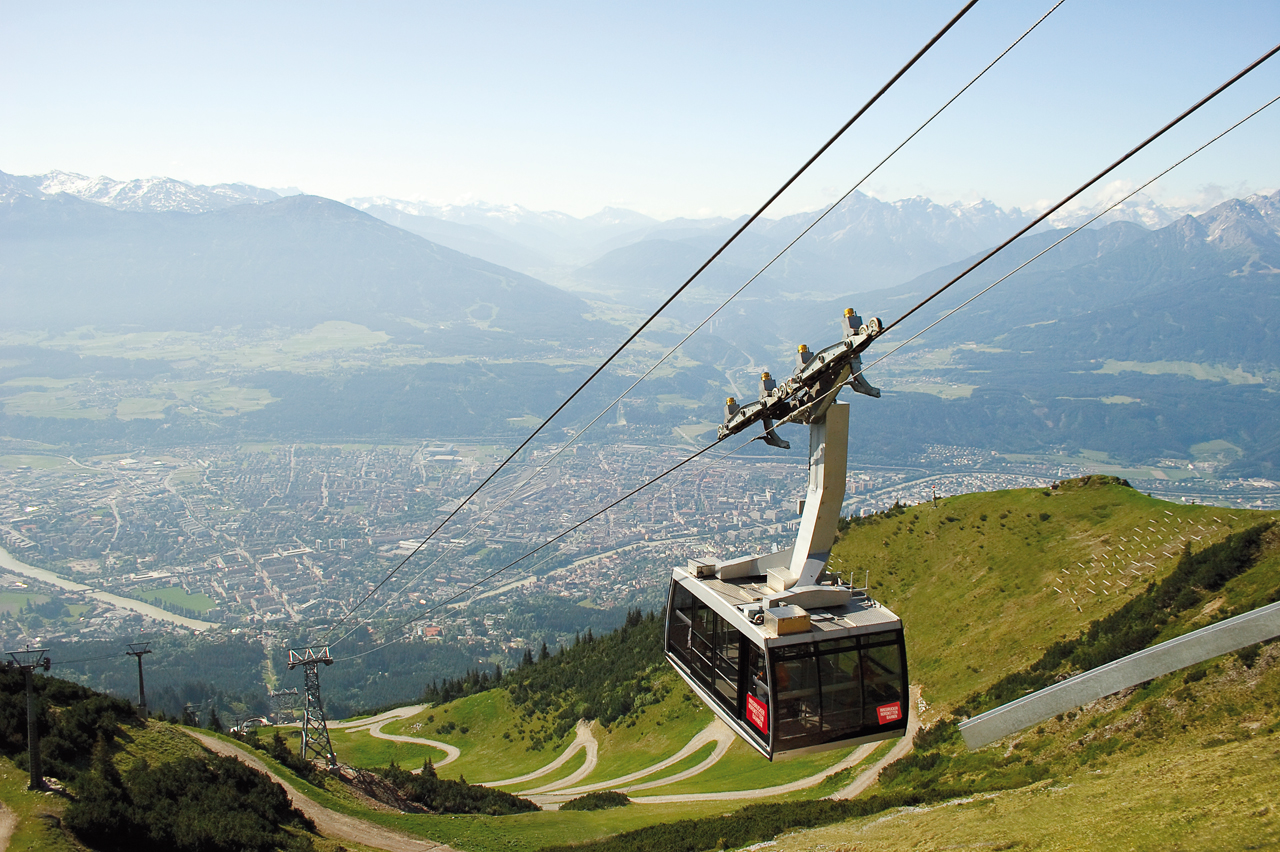 A funicular and cable car take you straight from the centre of Innsbruck to the top of Nordkette, one of the higher peaks overlooking the city. This stunning viewpoint looks down not only on Innsbruck, but also in the other direction across the Alps. The cute chalet cafe at the very top has its original furniture from 1928 and serves wonderful apple strudel; and you can also sit out on deck chairs soaking up the sunshine.

One of Innsbruck’s many curiosities is the Grassmayr Bell Foundry, founded in 1599 and run by the same family ever since. It’s one of the last surviving foundries in Europe. There’s a small museum that explains how bells are made, and a collection of all the things the Grassmayrs make, from church bells to orchestral bells to cowbells. But the most interesting part of the site is the workshop where the bells are being made. The technique has hardly changed through the centuries, and so it’s particularly remarkable the level of tonal precision which is achieved. We saw the craftsmen putting the final touches on a vast new bell that will hang in the Orthodox Cathedral in Bucharest, and they have a pipeline of commissions for churches, bell towers, and more. 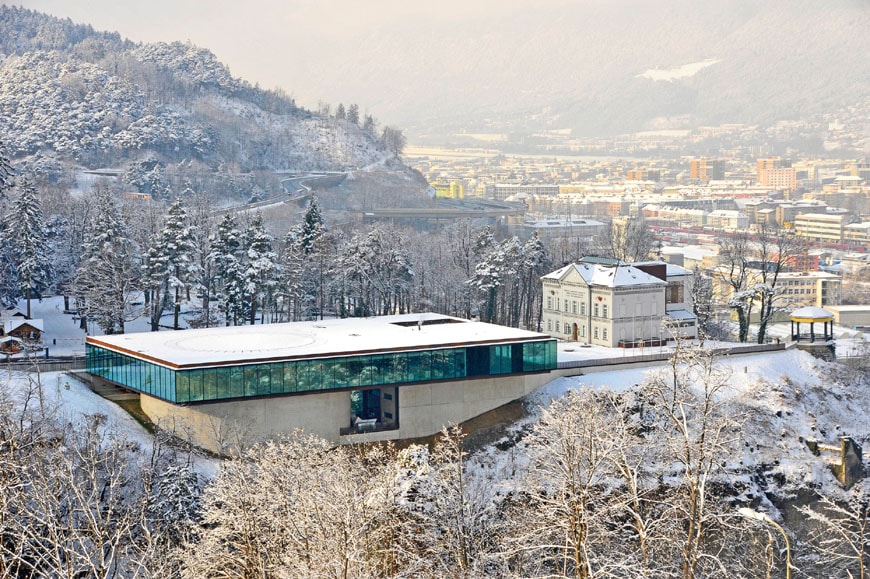 The Tirol Panorama must be one of the largest artworks in the world. Commemorating the 1908 battle between Napoleonic troops and Tirolean rebels, the painting covers 1,000 square metres and is displayed in the round in a purpose-built museum. Inevitably it glamourises warfare, but the artist was attentive to details of the local landscape and landmarks (you’ll still be able to recognise a few) and to features like the costumes of the different rebel forces. You can combine the panorama with the Kaiserjäger Museum (Museum of the Tyrolean Imperial Infantry), as the two are attached via an underground passage. 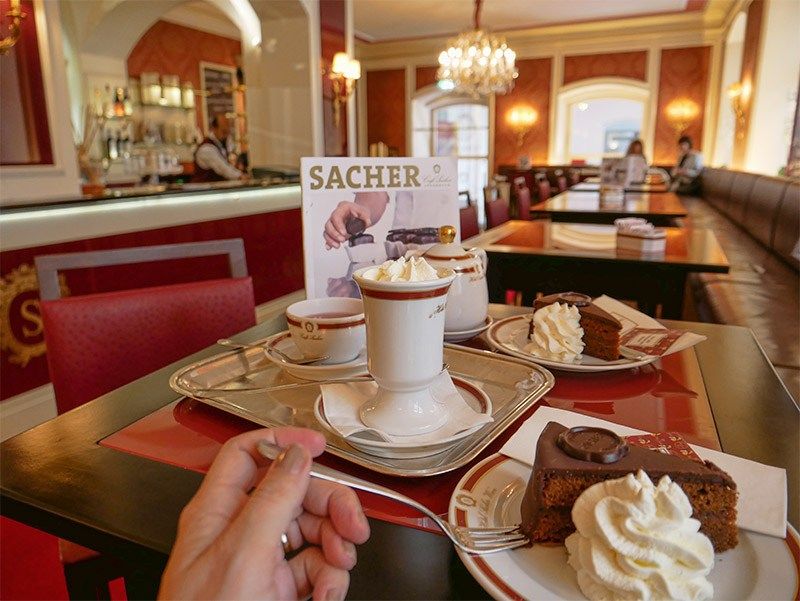 Technically Sache torte was invented in Vienna, but Cafe Sache has a sister cafe in Innsbruck and it’s a mecca for chocolate lovers. This rich, dense chocolate cake goes perfectly with an espresso or a glass of schnapps, and if you’re tired after a day of sightseeing or skiing, it’s the ideal pick-me-up. 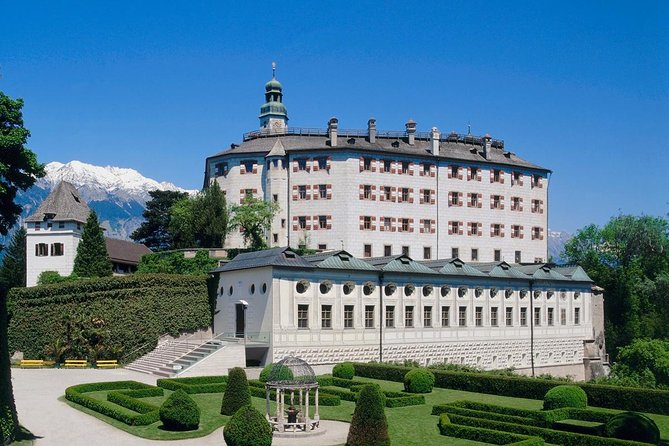 Schloss Ambras was built by Ferdinand II as a place he could stay with his commoner wife, who was barred from living in the palace. A glorious property with extensive gardens, the highlights are the ornately decorated Spanish Hall, the painted courtyard, and the Chamber of Art and Curiosities, arguably the first curated museum in Europe. The 16th century’s answer to Ripley’s Believe It or Not, there are portraits of Vlad the Impaler, a court dwarf, and a hussar who survived despite having a lance pierce both sides of his skull; Samurai armour; magnificently carved ivory and coral; ceramics, busts, and more.

Many of us have admired Swarovski’s crystals in films and on the catwalk, and may even possess one of their collectible crystal animals. But at Kristallwelten, love of all things which sparkle has been taken to a whole other level, with a series of Chambers of Wonder designed and made by different artists. From the Mechanical Theatre to the Crystal Dome, and the Ice Passage to the Crystal Forest, each space includes a different multi sensory experience which will make you view Swarovski in a whole new light. And if you’re inspired to take some bling-bling home with you, of course there’s a factory shop. 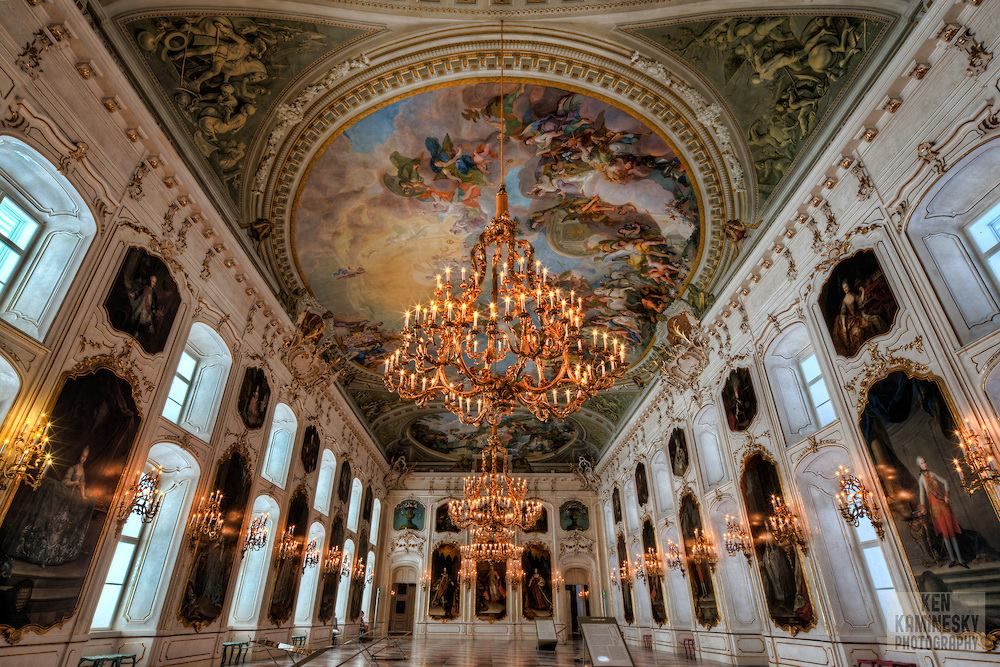 Innsbruck was fortified in the 1300s, and those early fortifications evolved into a palace first for the kings of Tyrol, and then for the Hapsburg emperors. A surprisingly manageably sized place — you can almost imagine living here — the imperial apartments are open to the public, and in perfect condition. Many of the rooms still have their original furniture and colour schemes, and the spectacular The Giants’ Hall has dramatic frescoes, as well as life-size portraits of the royal children and grandchildren. 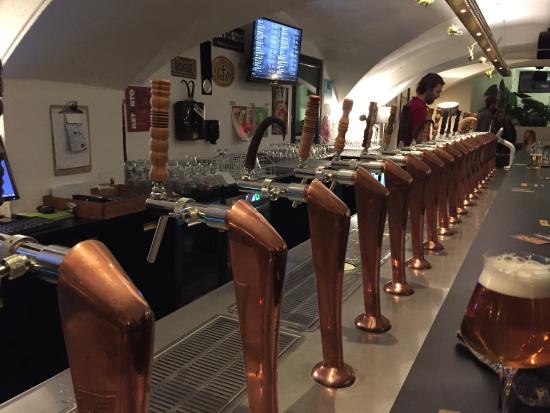 There’s just something about drinking beer in an Alpine town… Tribaun is hidden away in an expansive basement in the Old Town, and has around 20 draft beers on at any one time. Many of them are locally brewed. The bar attracts a young, hip crowd from the university as well as visitors in the know, and it’s laid-back atmosphere, reasonably prices and homemade wood fired pizzas make it a great spot to spend an evening.

The Gothic Hofkirche was built in the mid 16th century to house the cenotaph of Emperor Maximilian. The church is lined with greater than life-size bronze statues, including one by Albrecht Dürer, of European kings and queens related to Maximilian. As even King Arthur puts in an appearance, the genealogy has to be treated with a pinch of salt! The Silver Chapel above the main church has a silver altar decorated with elephant tusks and 300 kg of ebony, and its simpler style makes for an interesting, and arguably more beautiful, contrast.

Visiting Austria? Don’t miss these 7 things to do in Vienna

9 Things You Can Buy Only in Austria