Hamburg a bustling port city in Northern Germany dotted with boats and sprinkled with quaint cafes and restaurants. Boasting one of the biggest and busiest ports in Europe, Hamburg has been culturally and historically significant for hundreds of years, a dynamic center of trade, economy, and commerce. The astonishing architecture, encompassing parklands, and an array of unique museums here elevate it as an exciting place to spend a day exploring. Want to browse a colorful market, sail on the river or try some tasty, traditional chocolate? Here’s our list of the 10 best things to do and see in Hamburg, Germany. 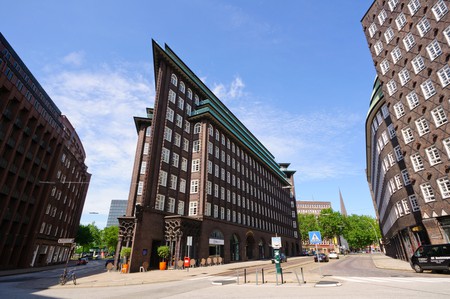 Designed by German architect Fritz Höger and constructed between 1922 and 1924, Chilehaus, or the Chile House, is a ten-story office building in Hamburg, and an exceptional example of a type of architecture known as Brick Expressionism. It’s a building famed for its roof, which is strongly reminiscent of a ship’s prow and has structures that meet at a very sharp angle at the top. The best view of the building is from the East, and because of the accentuated vertical elements of the venue, as well as the curved outer walls, despite its large size the building exudes a certain sense of lightness. Along with the Speicherstadt and Kontorhaus District of Hamburg, the Chilehaus was designated as a UNESCO World Heritage Site in 2015. 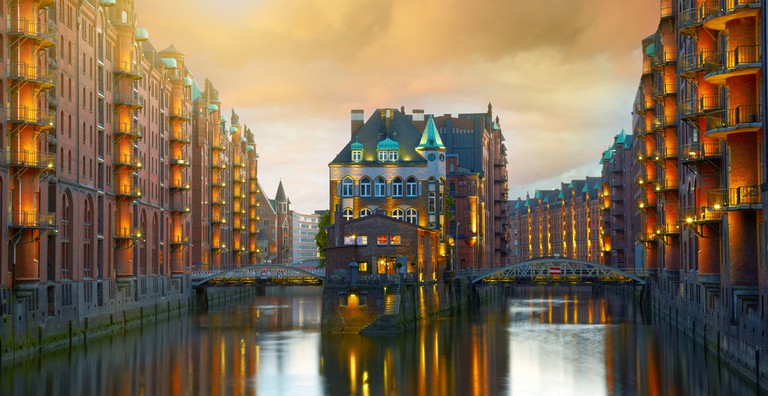 Situated in the port of Hamburg, the Speicherstadt, translated as ‘the city of warehouses’, is the largest warehouse district in the world, where the buildings are set on timber-pile foundations. Construction of the unique region, built as a free zone where merchants could transfer goods without having to pay customs, began in 1883 and was not completed until 1927. The district is located right next to the water and is notable for its colorful red bricks and neo-Gothic architecture. For a close-up look at the warehouses, take a boat trip around the harbor, where canal tours sail right by the edge of the district.

The Fish Market of Hamburg is a traditional, bustling Sunday morning market. Come here to purchase an array of seafood, fresh fruit, flowers, clothes, and much more. The market begins early, with a 5 starts, and even if you aren’t a morning person, the live, energetic music played in the auction hall is sure to put a spring in your step whatever the time of day. And whilst here, take a moment to look up at the sky; an early visit here is a great opportunity to watch the sunrise spectacularly over the river Norderelbe.

Hamburg Dom is a fair and festival boasting a rich and varied history, recorded as being first held in 1329, and attracting over 10 million thrill-seekers and ride-lovers every year. The fair is held 3 times a year and is named either the Winter, Summer or Spring Dom according to the season. Each fair lasts for around a month, making it the longest and biggest fair in Northern Germany. Visitors will have a fun time playing at the game booths and riding the gigantic, looping roller coasters here. For a great end to the perfect night catch the kaleidoscopic firework show every Friday at 10:30 pm. 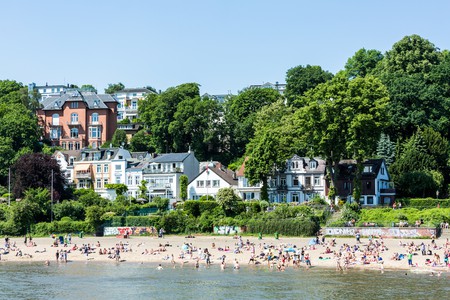 Elbe Beach is a picturesque stretch of sand in Hamburg, surrounded by clear water and grand mansions, and boasting fantastic views of the harbor. Coming alive during the summer months, the area thrives with visitors from the end of May, and hosts numerous fun activities including volleyball matches and leisurely cruises. Many popular bars and restaurants dot the banks of the beach, offering guests the chance to kick back with a cocktail whilst soaking in the fabulous views of the bay. 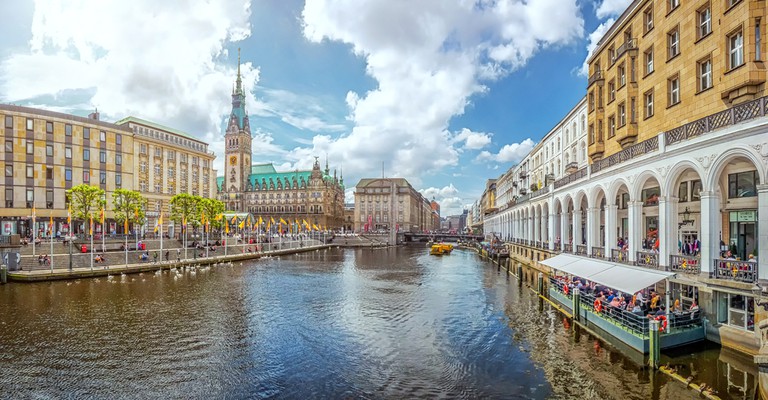 Lake Alster is a 160-hectare lake in the heart of Hamburg, a haven for sailors, rowers, and swimmers. With a calm and clean flow of water, you can often find many graceful swans gliding happily here. Buzzing with life in the summer, with enthusiastic Frisbee fans playing games on the grassy riverbanks, in winter it becomes a picture of winter beauty, with the river charmingly freezing over and offering a pretty, grassy area on which to skate. 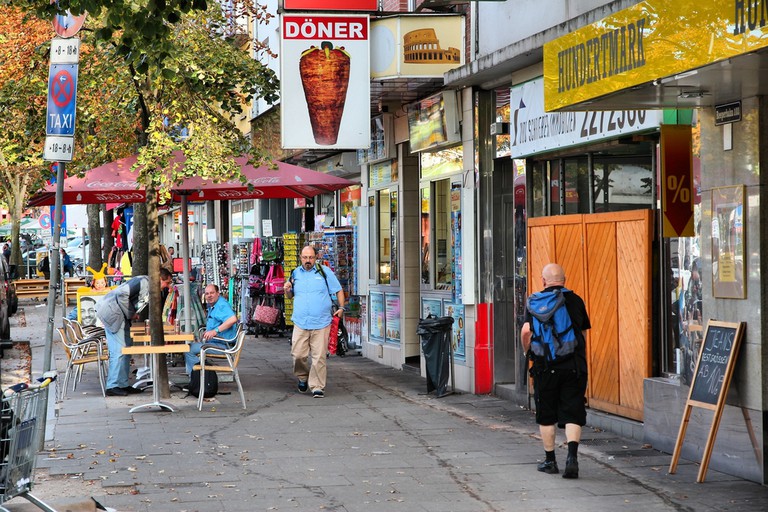 Reeperbahn is Hamburg’s rambunctious red-light district and the center of the city’s nightlife. In German, the area is sometimes described as die sündigste Meile, (the most sinful mile), and it is here where most of the nightclubs, bars, and brothels are located. Historically a hotspot for sailors due to its close proximity to the port, The Beatles are known to have played the lively streets here before they became famous. With a number of first-rate restaurants and theaters here too, this is a top choice for an energetic night out full of music, movement, and unique fun.

The Museum of Arts and Crafts

The Museum für Kunst und Gewerbe Hamburg (MKG) is the Museum of Art and Industry, a building founded in 1874 and modeled on the design of the Victoria and Albert Museum in London. It offers an enthralling combination of history, culture, art, and design, and exhibits various collections laden with engaging visual art and intricately molded sculptures. The work here is sourced from many different time periods and features Ancient art as well as astonishing Baroque pieces. There is a brilliant collection here of historic keyboard instruments, featuring harpsichords, spinets, clavichords, and square pianos, and the porcelain exhibition is unmissable, featuring most major 17th and 18th century manufacturers of the material. 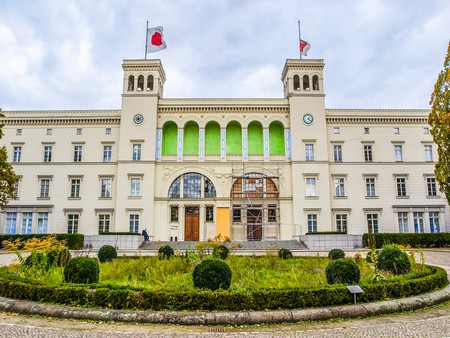 Hamburger Kunsthalle is Hamburg’s main art museum, first founded in 1850 as an esteemed art hall. Kunsthalle’s permanent collections focus on North German painting of the 14th century, and paintings by Dutch, Flemish, and Italian artists of the 16th and 17th centuries. It is comprised of three buildings dating from 1869,1921 and 1997, of which the first was designed by Fritz Schumacher, famous also for the Chilehaus. A few examples of notable paintings here are Wanderer above the Sea of Fog by Caspar David Friedrich, and Madonna by Edvard Munch. 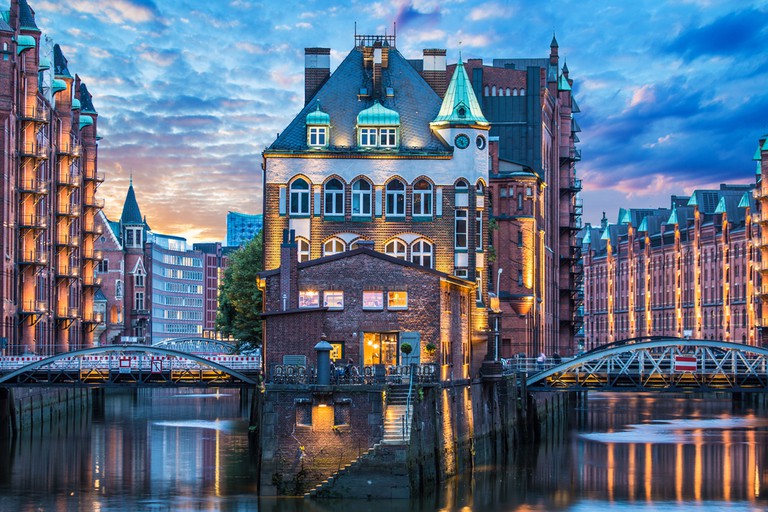 Who hasn’t dreamed of becoming Charlie and visiting Willy Wonka’s chocolate factory? Situated near the warehouse district of Speicherstadt, Chocoversum makes this dream a reality. A choco extravaganza, a trip here takes visitors on a tour of the factory, enlightens them about the art of making chocolate, and, best of all, offers an array of tasty chocolate treats throughout the day. You can even create your own custom-made bar of chocolate here to take home.