High-tech and traditional, conservative and innovative, quaint and quirky – there’s much more to the Free State (as Bavaria is known) than the stereotypical Lederhosen and felt hat image. 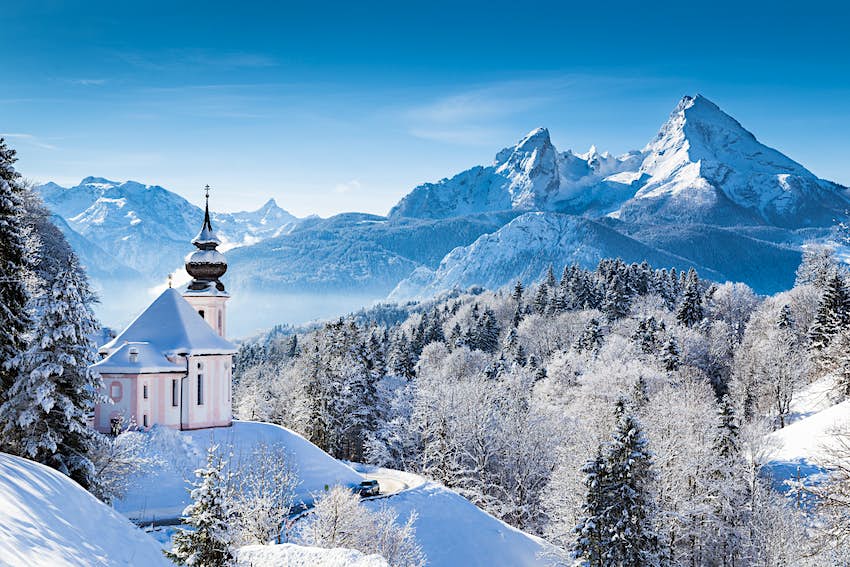 Geography may have handed Germany’s south a mere sliver of the Alps, but the region certainly makes the most of its peaks, many of which are but a short train ride from central Munich. The ski resort of Garmisch-Partenkirchen is the place to head for the best fun in the snow, as it sits under Germany’s highest mountain, the Zugspitze, the top of which can be reached by train.

Munich has often been called ‘the city of art and beer’, and when you are done with the art by day, the evenings belong to the 1L steins of frothy brews in typical beer halls such as the Hofbräuhaus, the Augustiner Bräustuben and the Weisses Brauhaus. Of course, the best time for disciples of the hop to make a pilgrimage to the Bavarian capital is during Oktoberfest (annually late September to the first weekend in October), during which around six million liters of beer are slurped. Outside Munich, the beer is just as good, better in fact, according to drinkers in Franconia (Bavaria’s northern region), where countless village breweries pump out an astonishing variety of Landbier (small-scale regional beers) not available anywhere else. 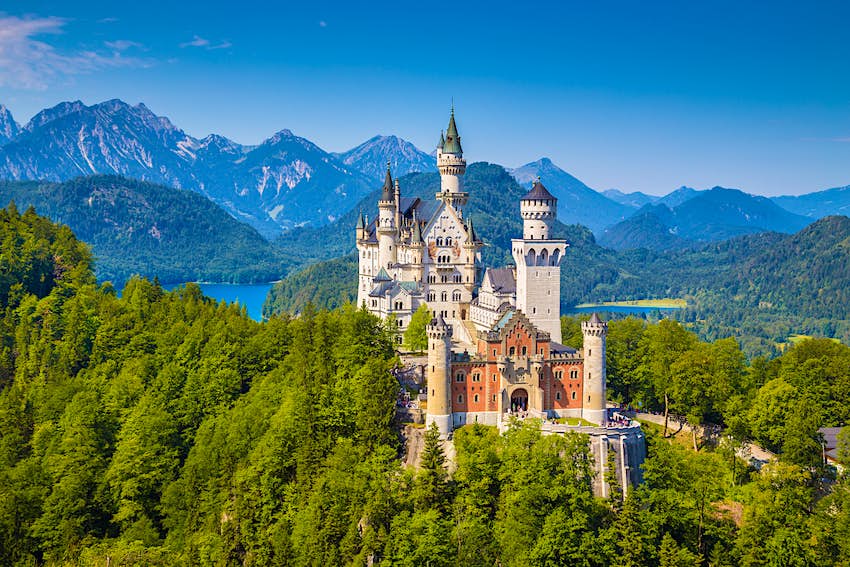 Every Bavarian town and hilltop seems to host a medieval noble pile or two, but it’s to three 19th-century follies commissioned by Bavaria’s King Ludwig II that most outsiders flock. Rising out of the Alpine forest near the town of Füssen, Schloss Neuschwanstein is Germany’s most popular tourist attraction, its dreamy turrets and dramatic location having inspired Walt Disney’s Sleeping Beauty castle. Ludwig’s other two sugary creations are the Herrenchiemsee, a Versailles-inspired palace on an island in the Chiemsee, Bavaria’s biggest lake, and compact Linderhof in a remote Alpine location near Oberammergau.

Bavaria is home to some of the highest-octane names of the motoring world – BMW in Munich and Audi in Ingolstadt. Munich’s space-age BMW Welt (BMW World) is a petrolhead’s dream come true, a huge free exhibition of the company’s latest models which can be sat in, fiddled with and admired from the driver’s seat. Next door is the excellent BMW Museum, and intriguing tours of the nearby factory can be easily arranged. 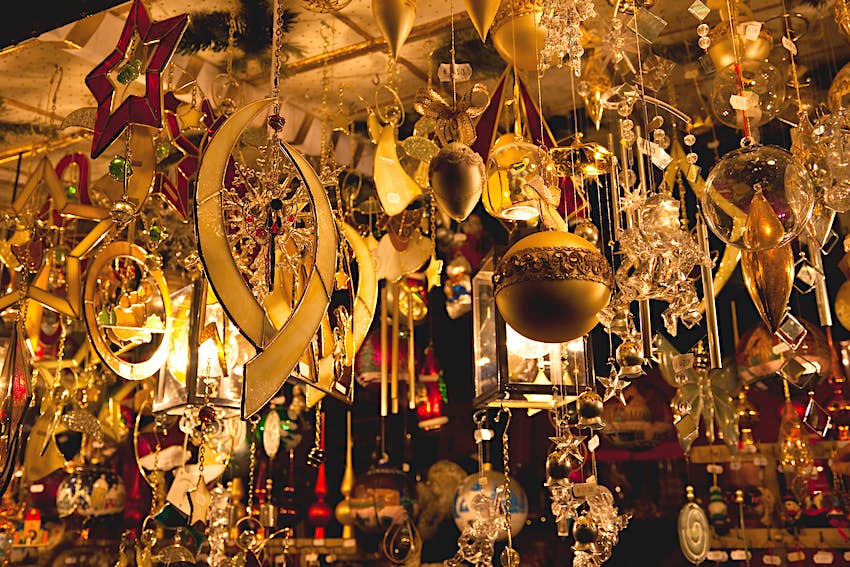 From the world-famous Oktoberfest and Christmas markets to Oberammergau’s once-a-decade Passion Play and the glass-blowing traditions of the Bavarian Forest; from the beer-brewing monks of Andechs and folk-costumed bashes in Alpine taverns to Bayreuth’s Wagner obsession – Bavaria is a place where culture and traditions form an easily accessible link with a colourful, folksy past.

You could devote many months to Bavaria’s exceptional museums, some of which rank as the best of their kind in Europe. It would be easy to while away a week ‘doing’ Munich’s art museums alone, including the world-class Pinakotheken (Alte Pinakothek, Neue Pinakothek and Pinakothek der Moderne). The Deutsches Museum is a highly enjoyable repository of the technical past, while Nuremberg boasts the Deutsche Bahn Museum, Germany’s top railway museum, and the Nationalmuseum, the country’s most comprehensive exhibition of Germanic culture. Of course, Bavaria witnessed one of the most sinister chapters in European history – the rise of the Nazis – and many places such as Berchtesgaden’s Dokumentation Obersalzberg and Nuremberg’s Reichsparteitagsgelände – where the largest Nazi rallies were held in the 1930s – relate that dark story. 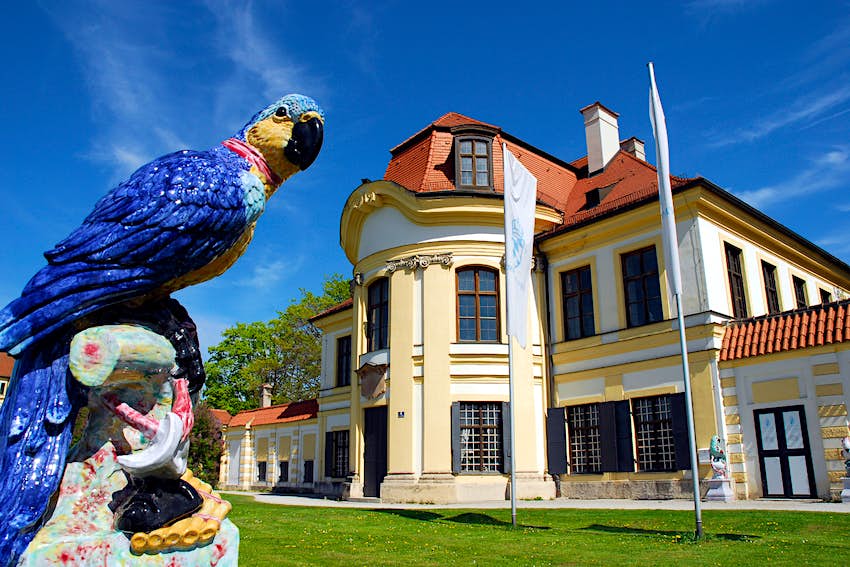 The traditional Bavarian folk costume makes for a truly unique souvenir. Central Munich’s Loden-Frey sells the real deal, but those on a budget should head for Holareidulijö which sells second-hand outfits. Nymphenburg porcelain is another popular take-home item, best sourced at the Porzellan Manufaktur Nymphenburg factory shops. Glassware from the Bavarian Forest area, Nuremberg gingerbread and new and antique beer steins are other mementos to take home from a Bavaria trip. More unusual shopping experiences are provided by Käthe Wohlfahrt shops, where you can source your Christmas decorations all year round, a surreal experience in July when the mercury is pushing 30ºC.

Between Munich and the Alps, many picturesque foothill lakes reflect quaint villages and onion-domed churches in their glassy waters. Easily accessible by S-Bahn from Munich, the Fünf-seen-land is an area of five lakes including the pretty Lake Starnberg, a popular, gentle retreat for stressed-out city folk and the place King Ludwig II mysteriously drowned in 1886. Southeast of Munich, the Chiemsee is a great place to mess around in boats, but top marks among the region’s lakes must go to the Königssee, Germany’s most stunningly beautiful body of water, which is cupped by alpine slopes. Take an electric boat along its length.

Bavarian cuisine may not enjoy worldwide renown, but the region’s meat-heavy menus are the perfect accompaniment to the unsurpassed beer. Eating out is not all about soaking up the beer, however. Munich has a thriving culinary scene, with vegetarian, vegan, Asian and Michelin-starred gourmet restaurants, and boasts more Italian eateries than most cities in Italy. Out in the sticks things are more traditional, though there’s still a lot of variety, especially where tourists congregate in numbers. 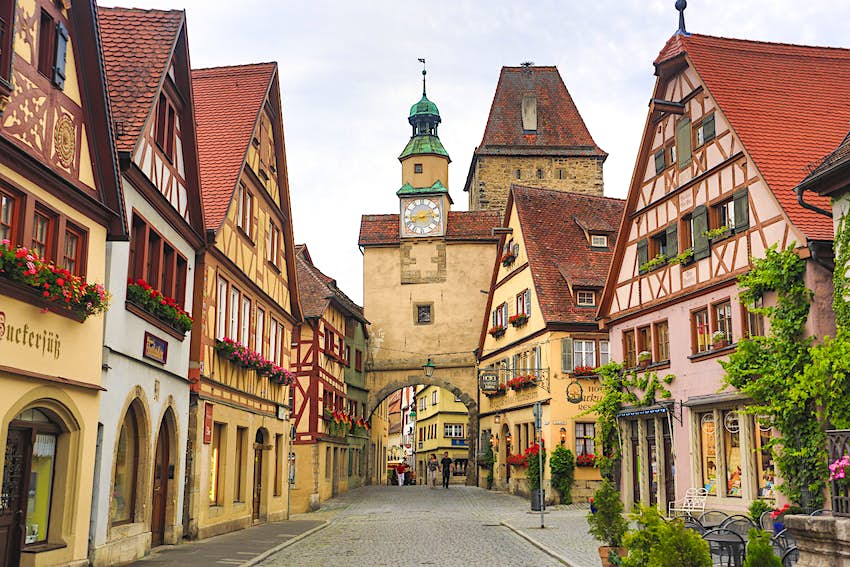 Running along the western edge of Bavaria, the Romantic Road is Germany’s most popular tourist route, extending 350km from Würzburg in the north to Füssen in the south.

It’s a ribbon of quaintness punctuated by perfectly preserved walled towns such as Rothenburg ob der Tauber, Dinkelsbühl and Nördlingen. The route is traveled by millions of visitors over the summer; go in winter when a blanket of snow adds some authentic romance to these special places.