Startled bus passengers got more than they bargained for when an elephant reached through their window to steal a bunch of bananas.

Hilarious footage, filmed by a passenger inside the bus, shows the driver slowing down as it approaches a huge elephant that is standing in the middle of the road in Kataragama, Sri Lanka.

As the bus stops beside the curious elephant, which is attracted by the smell of food, it reaches its trunk straight through the window over the driver to rummage on the floor.

Passengers can be heard laughing in shock at first but the atmosphere quickly turns to panic as it moves more erratically through the deck scouring through bags and boxes on the floor, clobbering the driver in the process. 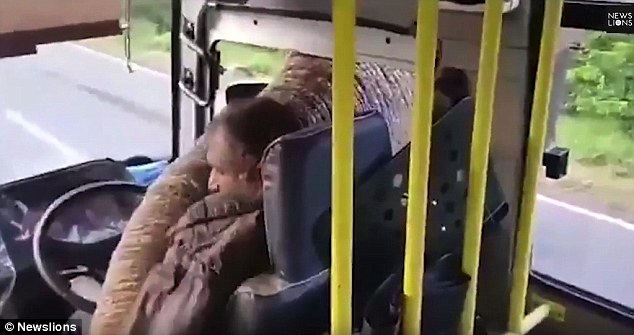 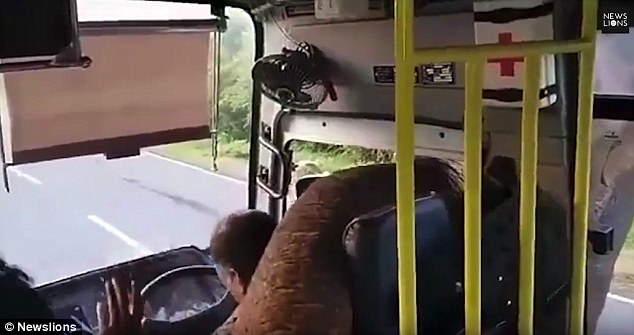 We then see it take hold of a bunch of bananas behind the driver’s seat as he struggles under the weight of the trunk, gasping for breath and holding his hands in the air. 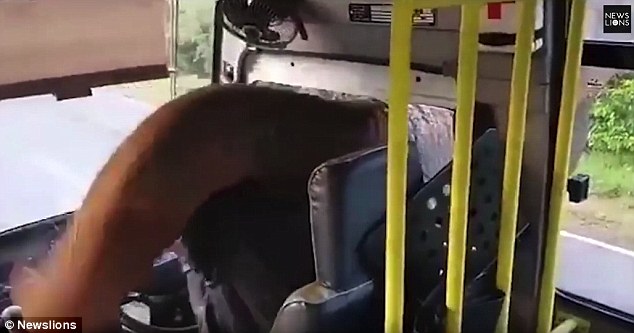 As soon as the elephant grasps the fruit, it pulls its trunk out and the driver wastes no time in pulling away

As soon as the elephant retreats after getting the fruit in its grasp, the driver doesn’t waste time in pulling away.

Save me, mum! Clash of the titans as mother hippo lunges at an elephant to stop it from trampling her baby in Namibia