The Haiku Stairs — also known as “The Stairway To Heaven” — is one of the most extreme and beautiful hikes Hawaii (and America) has to offer.

For the past 26 years, the hike up the 4,000-step ladder has also been illegal, but that hasn’t stopped people — dozens a day — from making the trek up and down the steel steps that were once operated by the Coast Guard to catch a glimpse of the view at the top of Puu Keahi a Kahoe on the island of Oahu. The stepladder was built in 1943 during World War II to “provide access to buildings at the top of the ridge, used as transmission stations,” according to a tourism site called Best Places Hawaii. 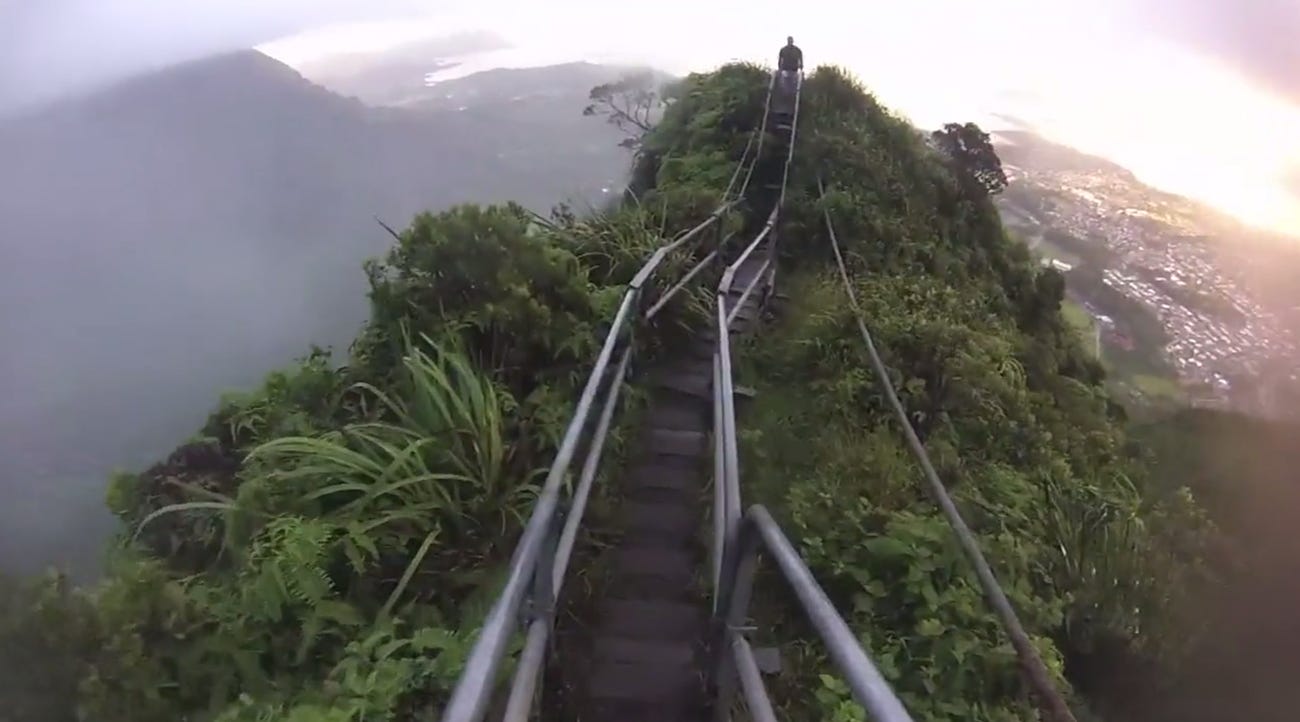 The ladder scales “nearly vertical” heights over 2,500 feet from Haiku Valley to the top of Puu Keahi a Kahoe, so high that there are points in the hike where the peaks rise above clouds. 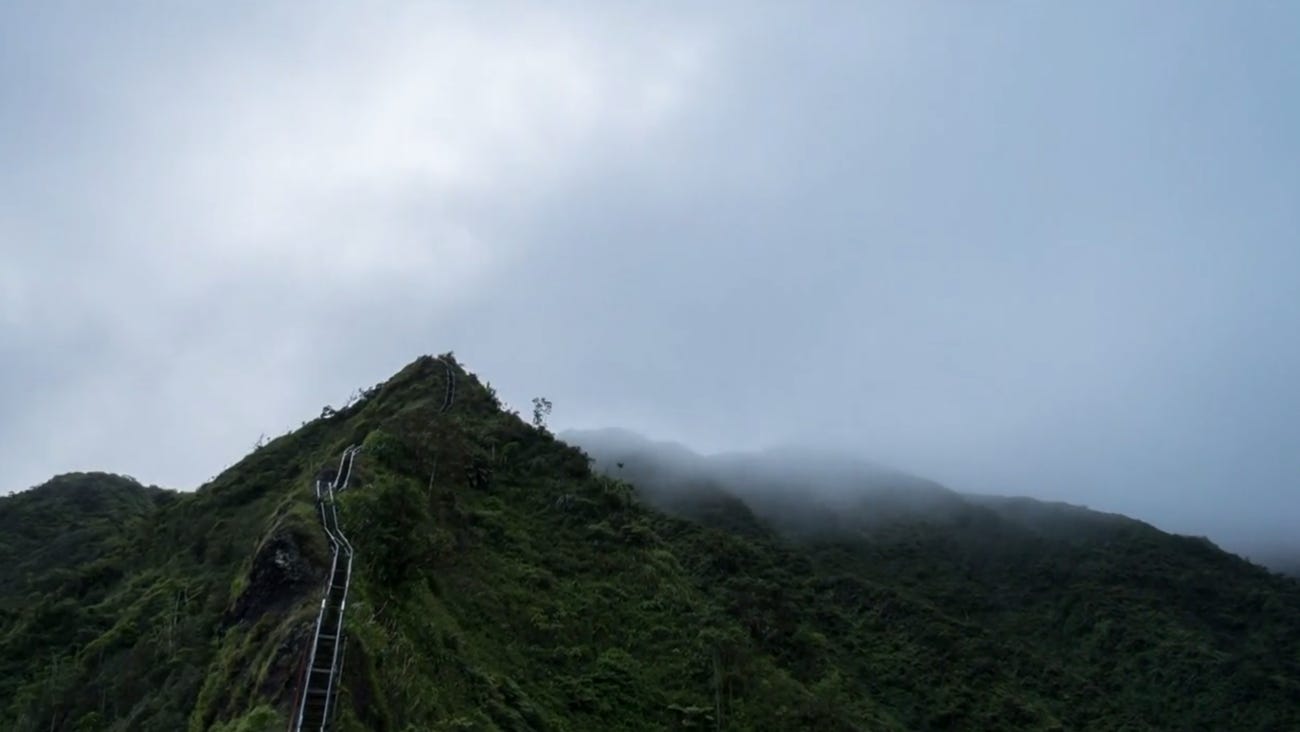 It was a popular hiking trail in the 1980s, operated by the coast guard, until 1987 when it was deemed too dangerous for the public.
Though the hike is illegal, tourists (and some locals) attempt to scale the Stairway To Heaven every day.

The Honolulu Board of Water Supply, The Huffington Post reports, “has jurisdiction over the hike and requires that anyone who goes up it sign waivers and present a $1 million liability insurance policy.” 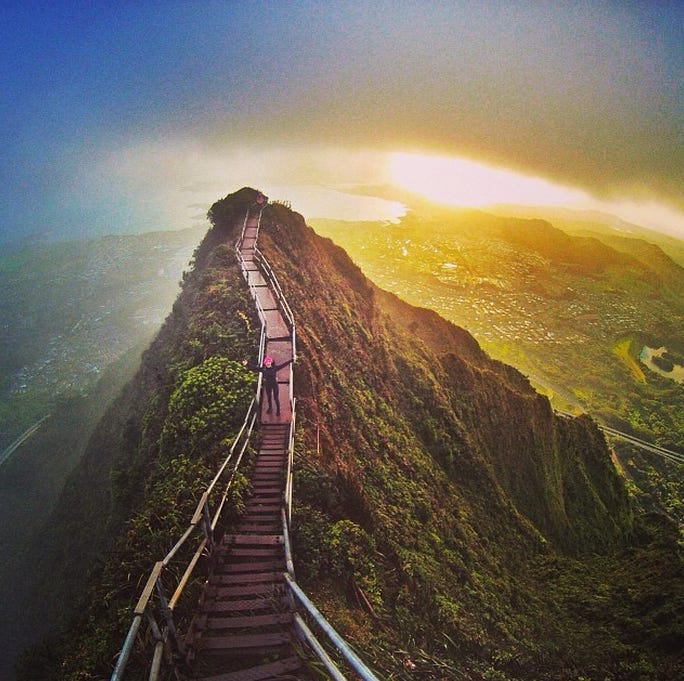 In October 2013, a man named Samuel Nowack went to the Haiku Stairs with a video camera to film his group’s adventure.
The group was dying to see the view and was not discouraged by heights or the illegality of the hike. 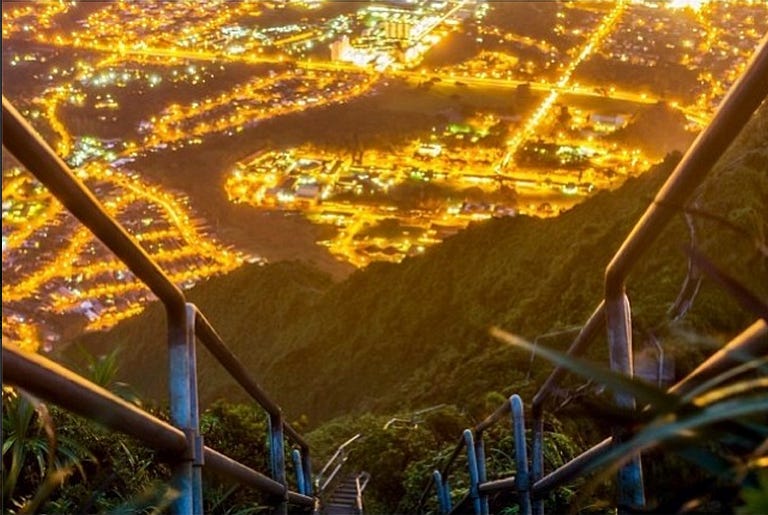 The team left for the stairs at 2:15 a.m. in hopes of catching a sunrise. Finding the stairs in the dark proved to be a challenge, but everyone had a headlight on. 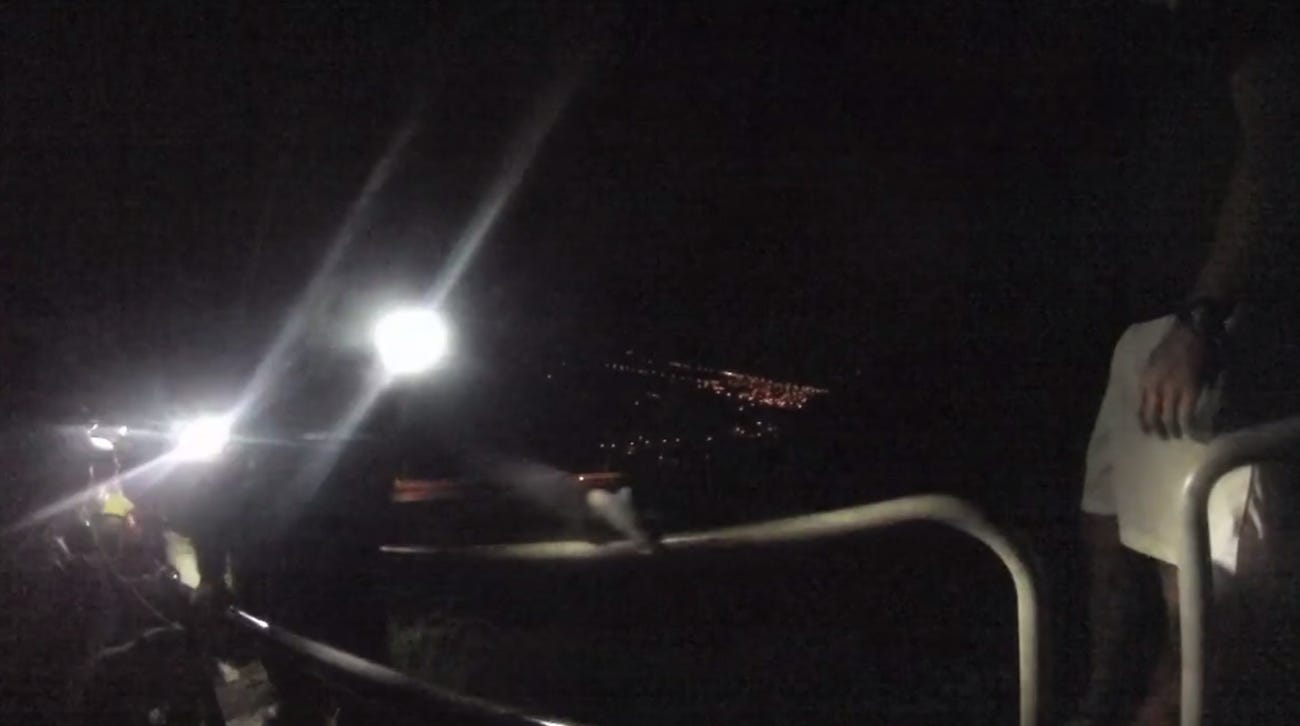 When they reached the summit at about 4 a.m., it was foggy. And the fun part of the hike was underway. 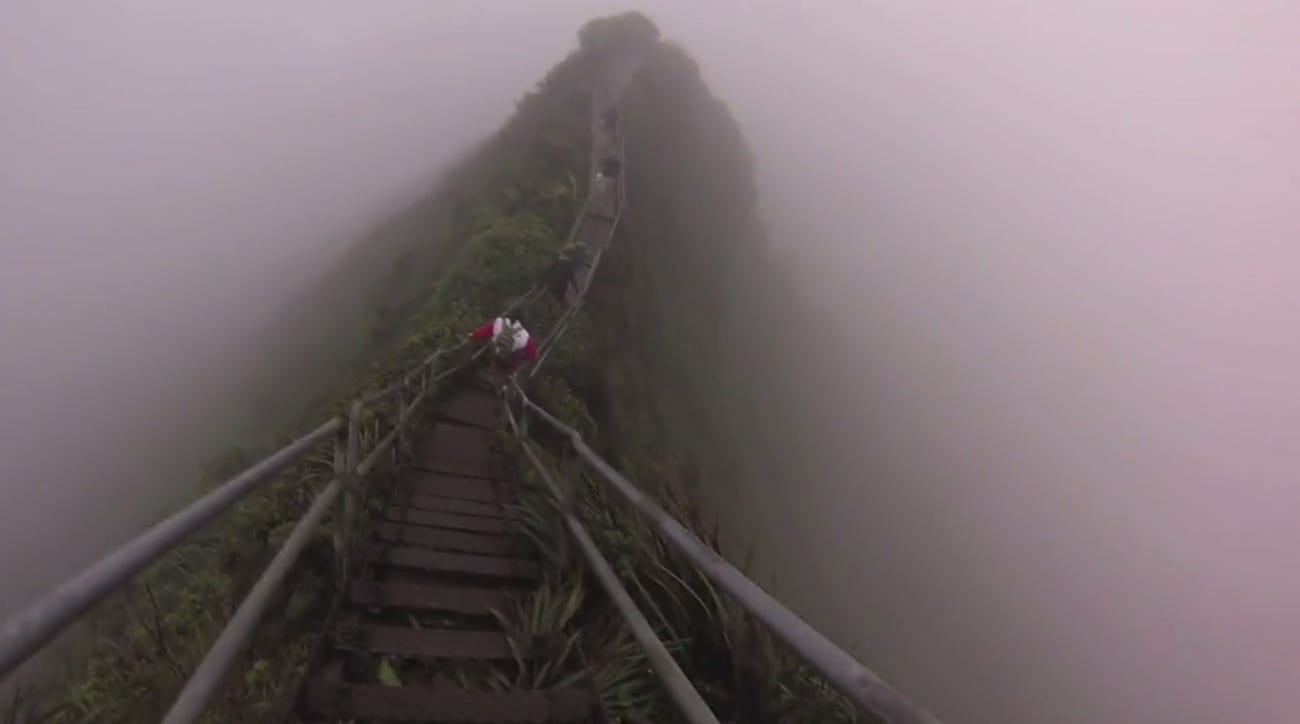 Parts of the ladder are extremely steep. Just watching the video makes your hands sweat. Those afraid of heights, beware. 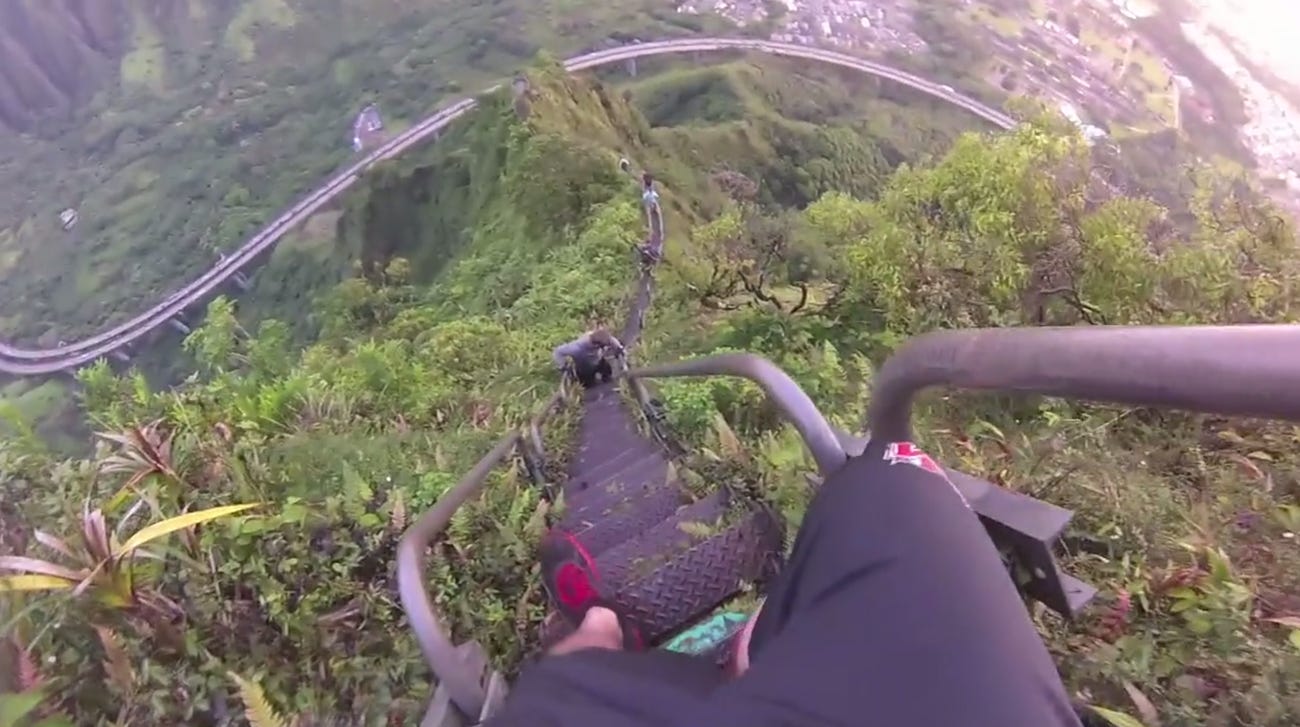 Some parts of the hike require you to climb down the ladder backward. 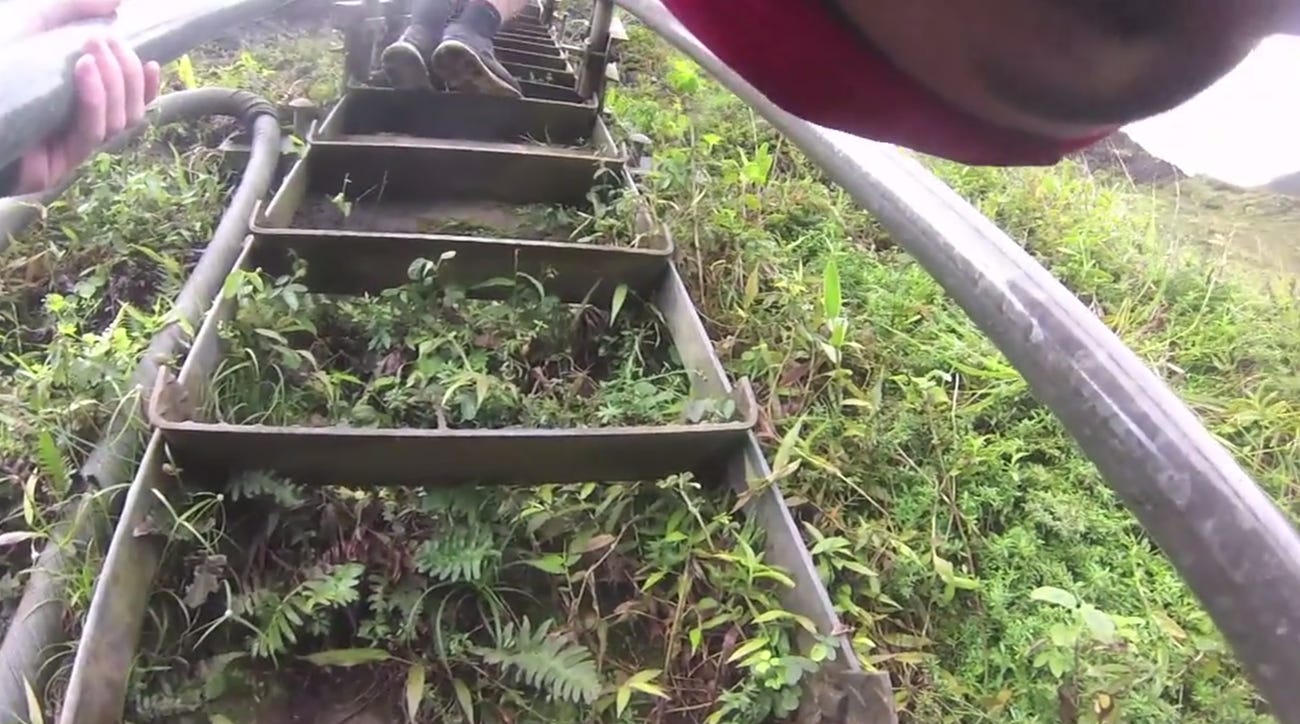 The views seem to be worth it. 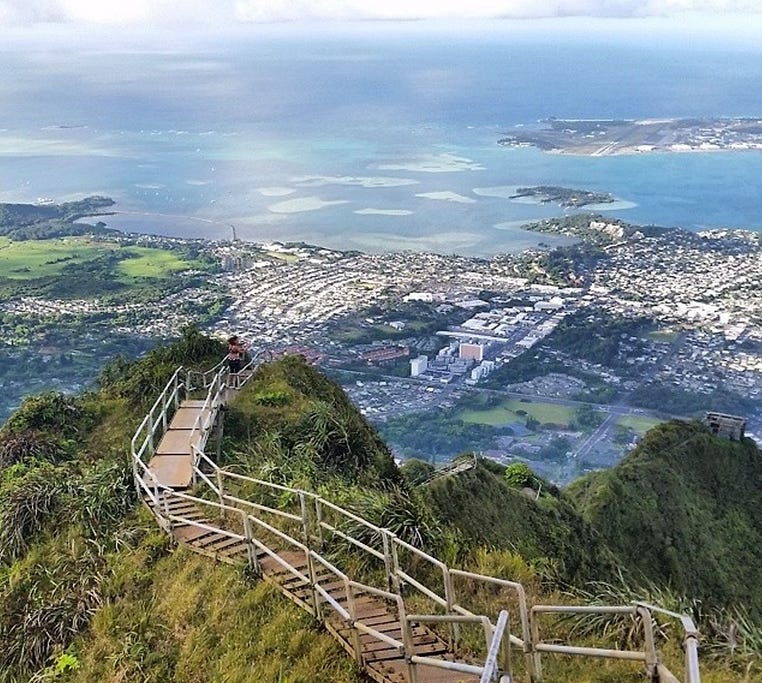 A few platforms along the way allow hikers to take breaks and take in the sights. 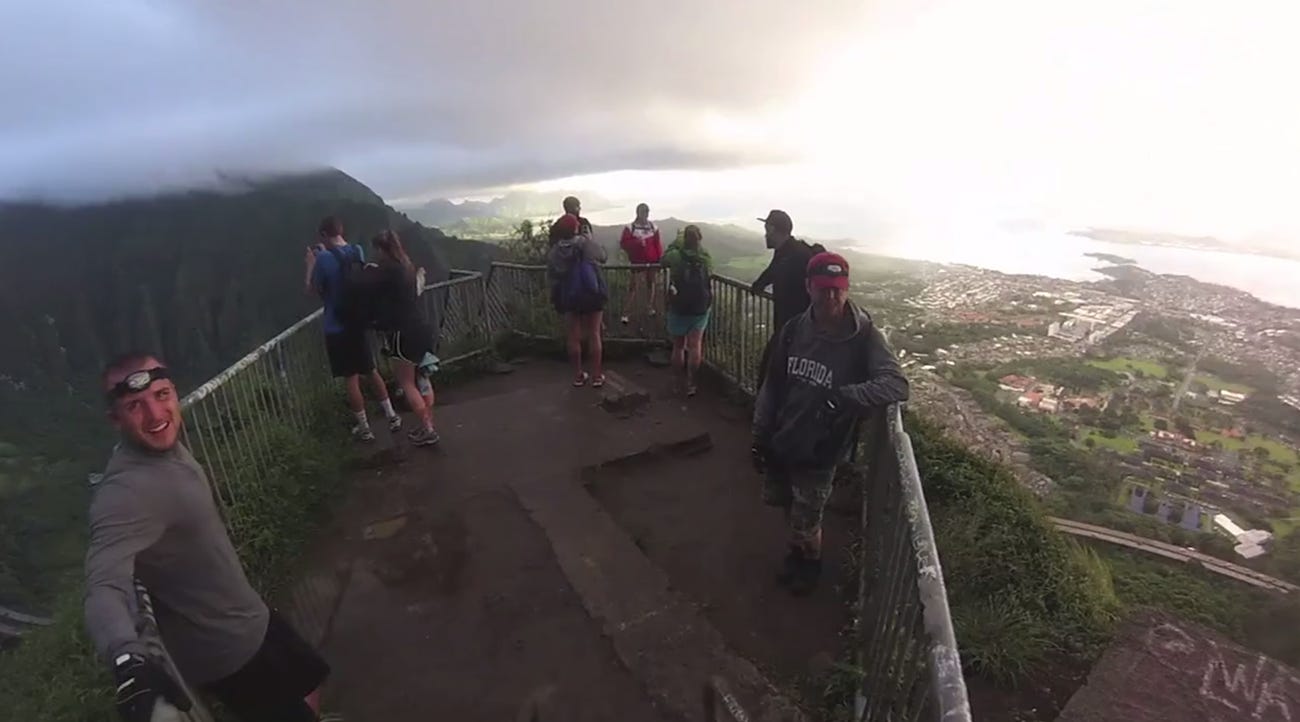 According to travel site Hawaii, a guard had been posted at the base of the stairs in December 2013, but “the guard frequently had not been there in the early months of 2014, and a small tent which had been erected for the guard to use had been dismantled in early February 2014.”

In early 2013, a group formed to petition the city to reopen the stairs to the public, but the stairs remain closed.

Hawaiian surf legend Ben Aipa, who also excelled as board shaper, dies at 78