Vienna’s diverse architectural styles echo its compelling history, which means that all you really need to do to experience its intriguing past is take a stroll through the streets of the Austrian capital. A Roman thoroughfare, a former butchers’ district and the world’s oldest zoo are just some of the fascinating locations you might come across in Vienna – as well as the homes of some of the world’s most famous composers.

Since its founding in the Roman era, Vienna has had a long and storied history. It was an important cultural centre during the Habsburg dynasty’s reign, and was once the capital of the Austro-Hungarian Empire, when it welcomed great thinkers and artists from around the world. This rich heritage is clear in the impressive architecture that populates the city, with Baroque palaces sitting alongside post-war Modernist and Brutalist structures. These are some of the best places to experience the history of Vienna in the city’s streets. 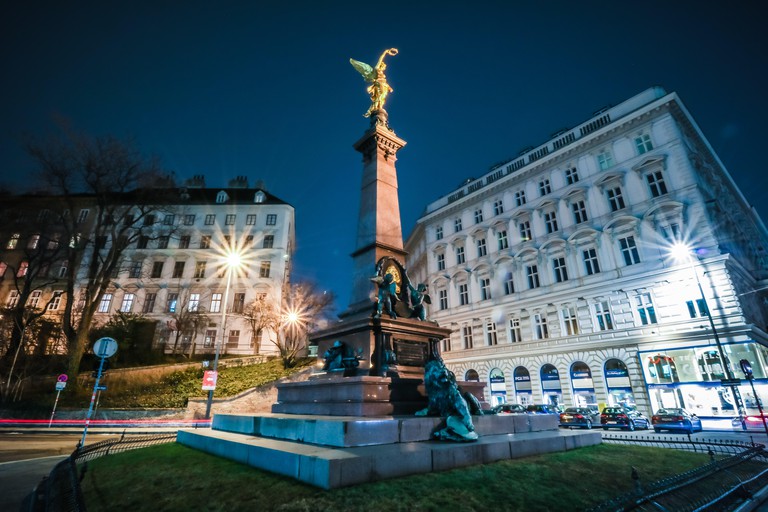 Mölker Bastei is home to a number of notable buildings, and featured in an Orson Welles movie | © Roman Plesky / Alamy Stock Photo

Originally the location of a fortress in Vienna’s early history, this intimate and idyllic little passage in the first district feels gloriously ancient. Located right by Vienna University, the scenic street was used as a location inThe Third Man(1949), a film that starred Orson Welles. Many notable buildings can be found in Mölker Bastei, such as the Pasqualati House, where Beethoven once lived, and the beautiful Liebenberg monument that pays tribute to former Vienna mayor Johann Andreas von Liebenberg.

Close to Schönbrunn Palace and the Tiergarten (the world’s oldest zoo), in the suburban district of Hietzing, is the Altgasse – one of the oldest streets in Vienna. The Altgasse has a number of beautiful yellow-stone buildings, reminiscent of the citrus-coloured walls of the nearby palace. Along the quaint street there is a mixture of cafés, antique shops and pubs that are popular with tourists – check out the smoky, low-lit Schaumweinhäuschen bar. 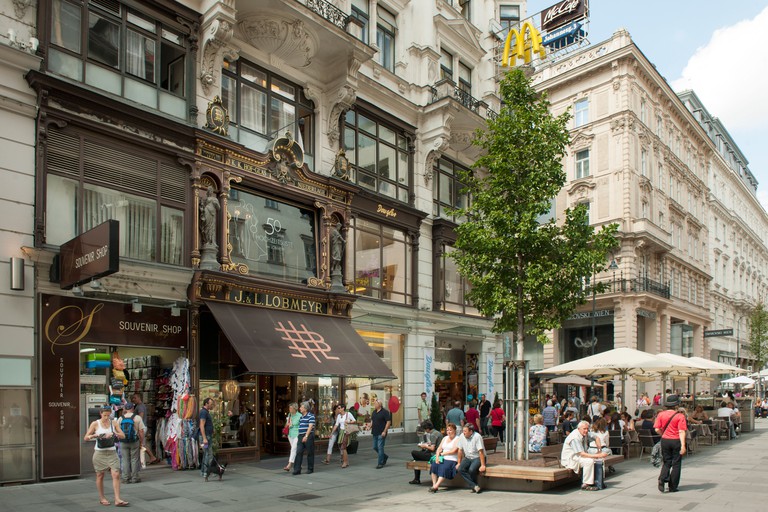 One of Vienna’s original trade routes, Kärntner Strasse has been in the city since Roman times | © Hackenberg-Photo-Cologne / Alamy Stock Photo

One of the city’s most popular and famous shopping streets, Kärntner Strasse has existed since Roman times, when it was known as Strata Carinthianorum. Sadly, though, most buildings from that time were destroyed during World W.a.r II. Today, the street is a highlight in Vienna, due to its rich variety of historical architecture. It was one of the original trade routes through the city, and despite the barrage of modern shops and restaurants, the fancy façades behind the brightly lit signs still give a glimpse into the past. Kärntner Strasse has been a pedestrian zone since 1974, so it’s perfect for a leisurely stroll. 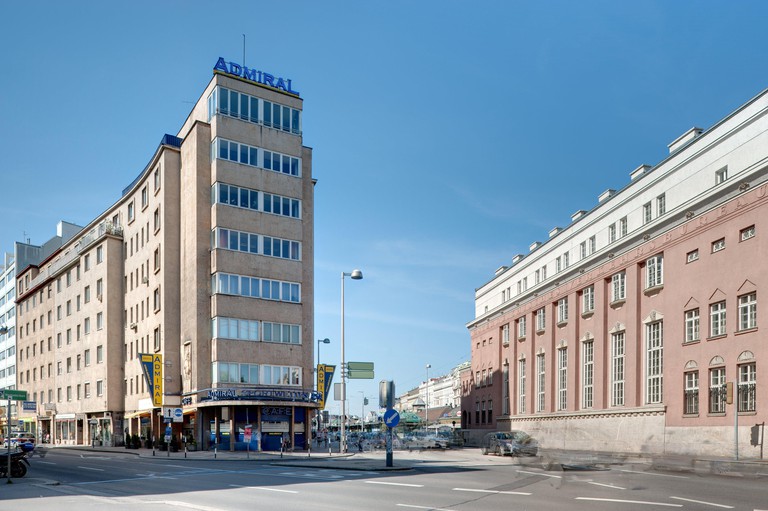 There are many reasons for Operngasse’s renown, the most notable being that it’s the location of the world-famous Vienna State Opera, a central and domineering landmark that swallows the surrounding buildings. The street has a colourful history and has witnessed a number of historical events, including an assassination attempt in 1931 – when King Zog of Albania was shot at as was leaving the opera house following a performance of Pagliacci. Today, you might notice a number of students on Operngasse, going to and fro from the grand 19th-century building that houses the nearby University of Technology. 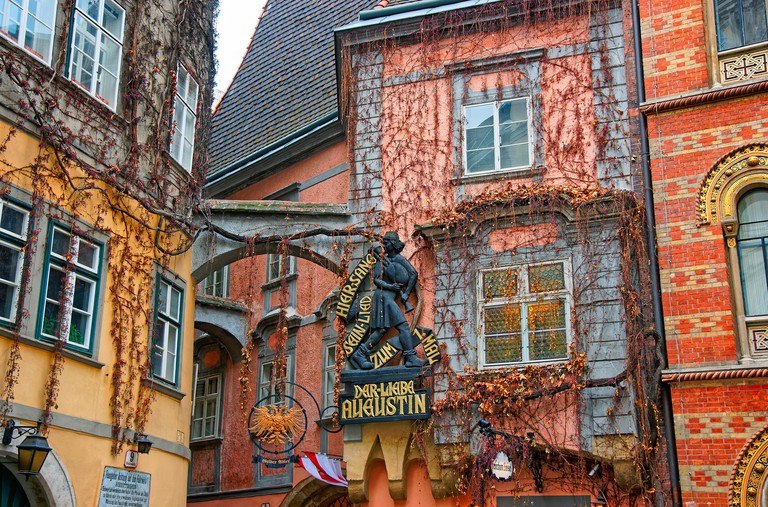 In German, Fleischmarkt means ‘Meat Market’, and this street originally got its name because it was home to numerous butchers in the 1200s. The historic road, which is located in Leopoldstadt, the trendy second district of Vienna, was colonised by Greek merchants in the 1700s, and naturally became known as the Greek Quarter. Beautiful Art Nouveau-style buildings give the Fleischmarkt plenty of Viennese charm – the Holy Trinity Greek Orthodox Church is especially eye-catching. 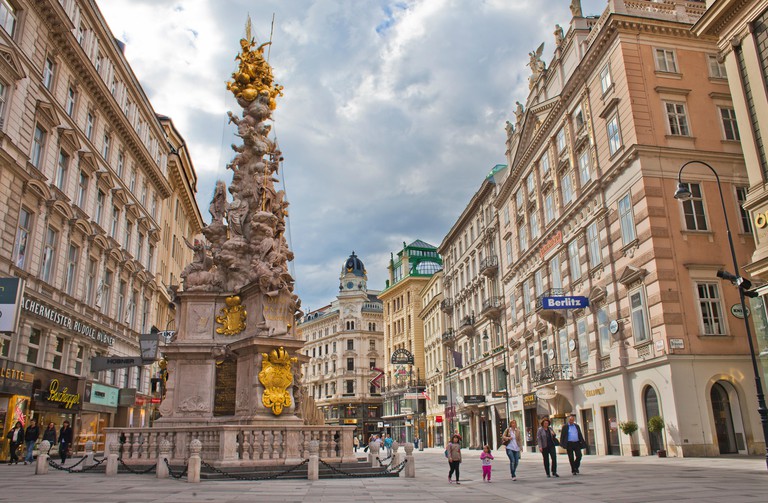 Graben, one of the oldest roads in a city filled with historic streets, harks back to Roman times when it was a defensive ditch (‘graben’ means ditch in German) used by the Vindobona, a Roman military camp. The ditch was filled in by the 12th century, and the area began to be used as a marketplace; however, in 1327, it was completely destroyed in a fire. It was rebuilt and eventually became a residential neighbourhood – one of its most famous residents was Mozart, who lived on Graben in the 18th century. In 1974, it became one of Vienna’s pedestrian areas, and today it’s a popular shopping street.

Blumenstockgasse, or ‘The Flower Stock Alley’, is just as lovely as it sounds. Once the location of the St Agnes convent, a monastery that closed in 1783, this short street is frequented by tourists for its rugged Neoclassical architecture and pedestrianised promenade. It also boasts a number of cafés, including Vienna’s very first ‘cat cafe’, Cafe Neko. Close by is the Ballgasse, a narrow medieval alley where famous residents included Ludwig Van Beethoven, who lived there in 1819–1820.

11 Foods You Should Avoid on Any Trip to Austria