If the word “acrophobia” is in your vocabulary, read no more.

That’s because anyone with a fear of heights will cringe at the thought of walking across a narrow bridge that hangs on just two supporting cables… Did I mention the bridge is almost half a kilometer long and crosses a ravine at dizzying heights? 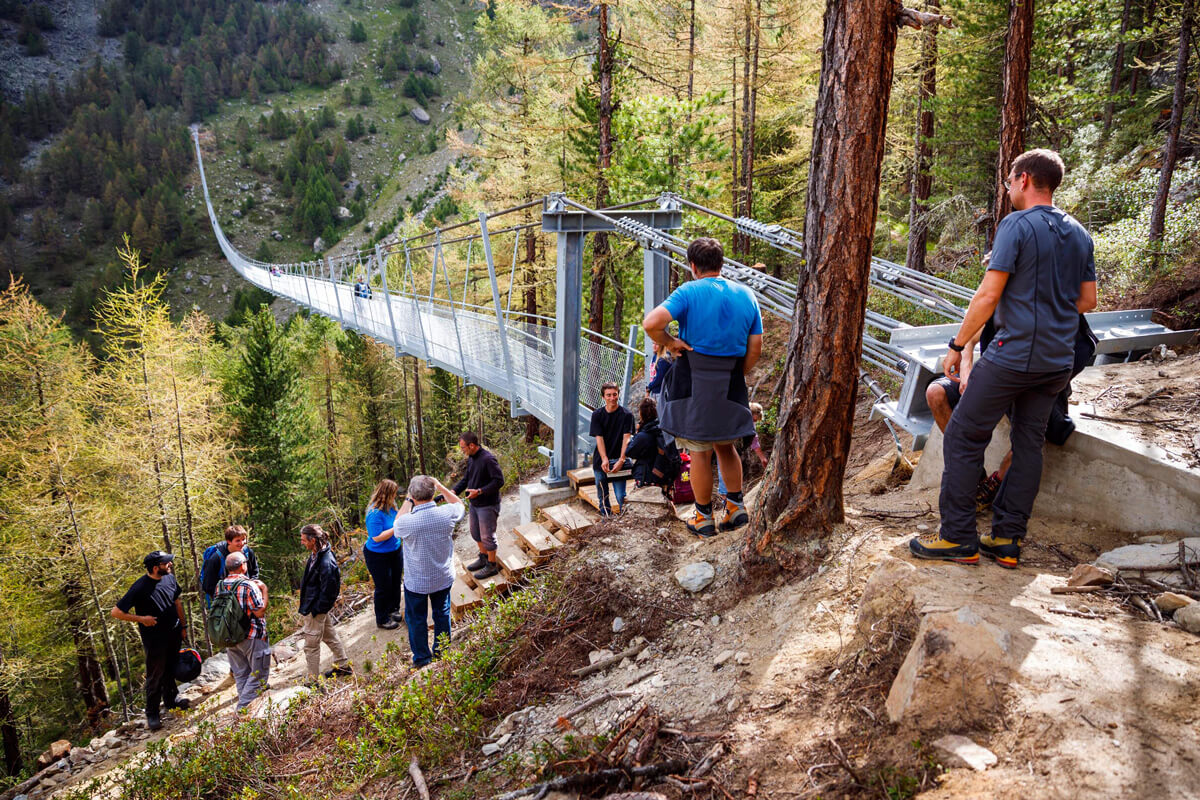 The Europa Bridge in Valais has bucket list potential

At the foot of the Dom, the highest mountain in Switzerland, a new attraction has just been opened: The Europa Bridge. It is a suspension bridge for hikers, just like the one we have previously crossed at Trift in the Bernese Alps. 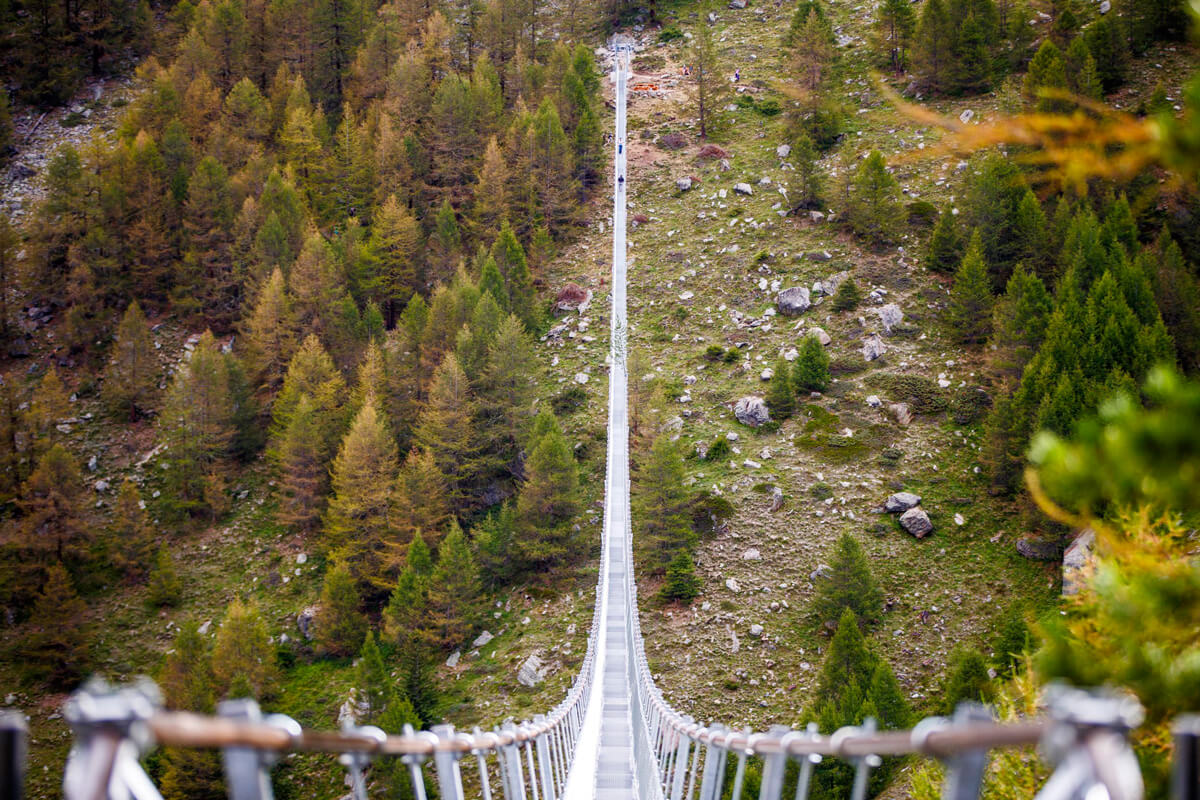 But having walked across the 170 meter Trift bridge in no way qualifies me for this adventure! That’s because the Europa Bridge measures almost half a kilometer in length (494 meters). And at the highest point, the bridge hangs a staggering 84 meters above the valley floor.

A little bit of background

The bridge is not just for tourism or the Guinness Book of World Records – it actually serves a real-life purpose. This popular hiking trail called Europaweg used to connect the towns of Grächen on one side of the valley with Zermatt. During a two-day hike, alpinists were able to soak in vistas of the Matterhorn and surrounding peaks.

In 2010, the previous bridge was destroyed by a rock slide. In order to prevent more damage in the future, the engineers went all out and built the world’s longest suspension bridge for pedestrians! Lo and behold, access has been restored and the two towns have been reconnected. That is, as long as hikers have the guts to tightrope across this long and skinny bridge…

Let’s say that I will not be queuing for this adventure anytime soon… But I did add it to my bucket list. Thoughts? 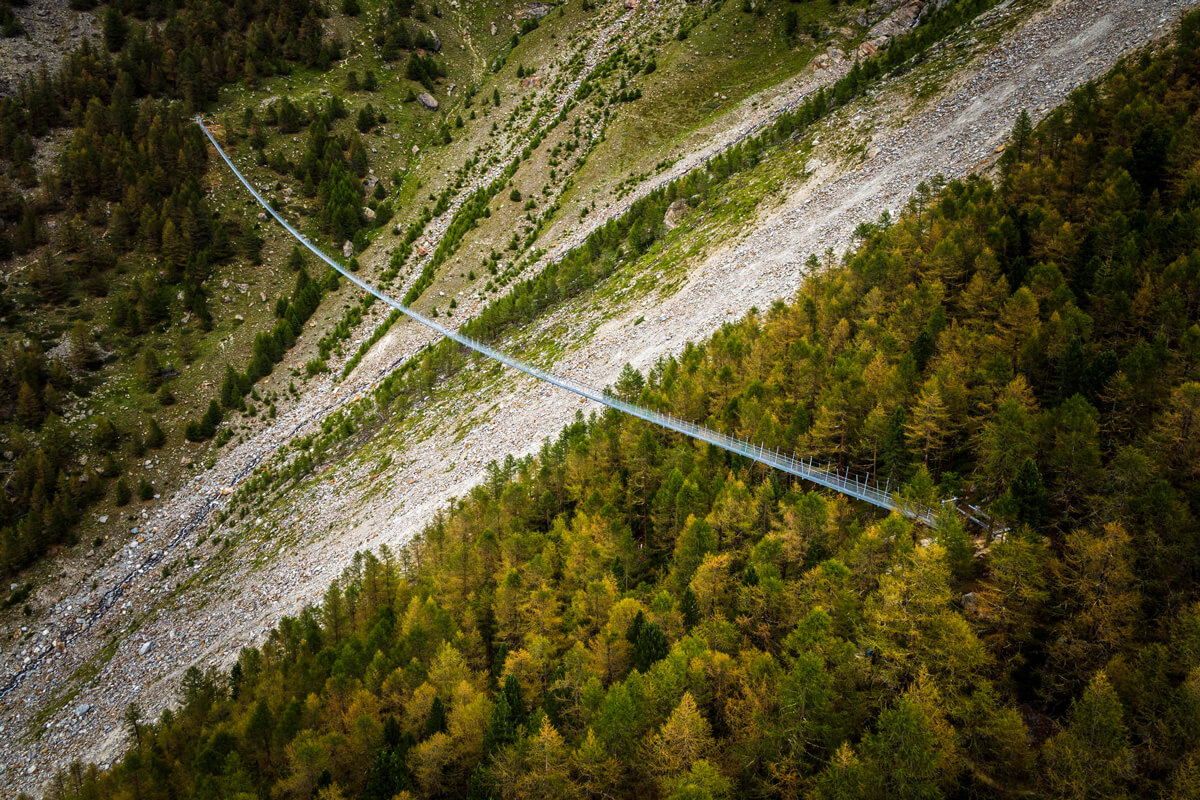 Travel In Switzerland: Things To Do In Lausanne