The Veluwemeer Aqueduct, a 25-meter long water bridge, is an architectural beauty, allowing 28,000 vehicles to pass under it daily. 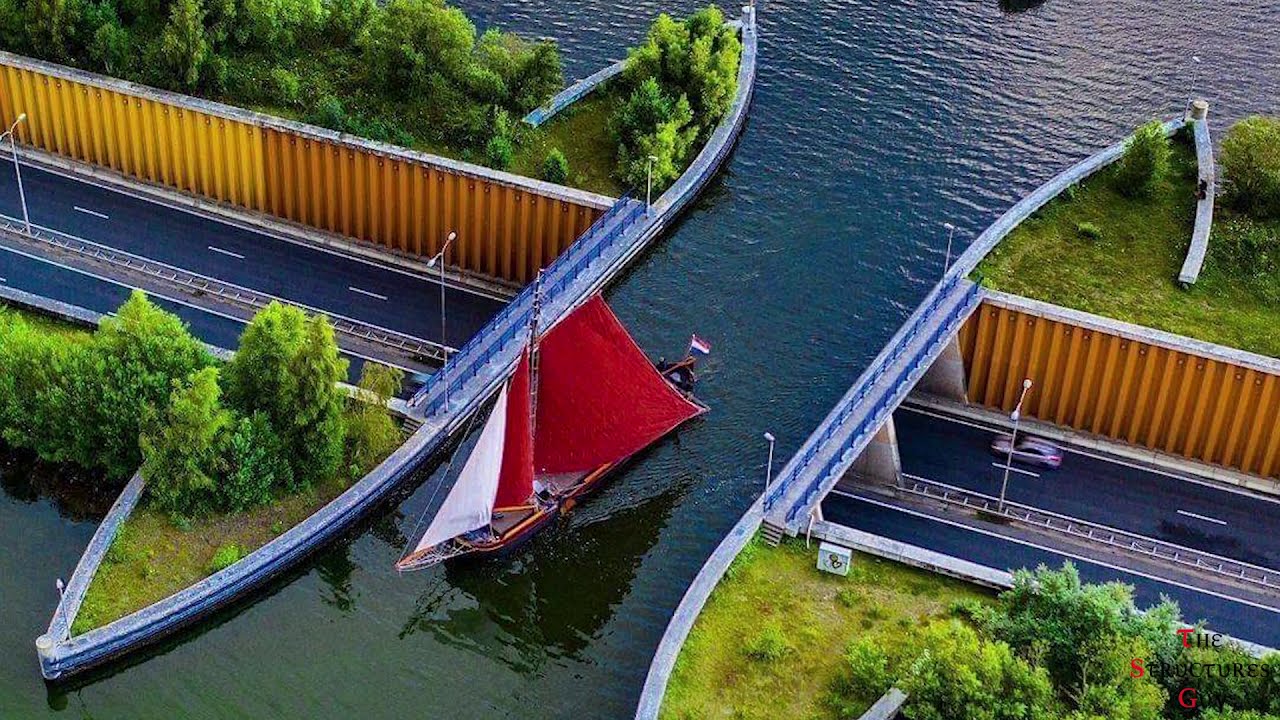 Open since 2002, the Veluwemeer Aqueduct is a stunning work of architecture and engineering. This waterway measures up at a short 25 meters long by 19 meters wide and is located in Harderwijk, Eastern Netherlands. During the design of this unique passage, engineers chose to construct the waterway over the N302 road, where 28,000 vehicles pass each day.

Veluwemeer is a shallow 3-meter deep water bridge that allows for small boats and other water vehicles to pass with ease. In addition to this easy boating passage, pedestrian walkways are on both sides allowing for foot traffic. Unlike drawbridges or other roadway structures, the water bridge design implemented in this aqueduct allows for constant traffic flow on the road and in the water. 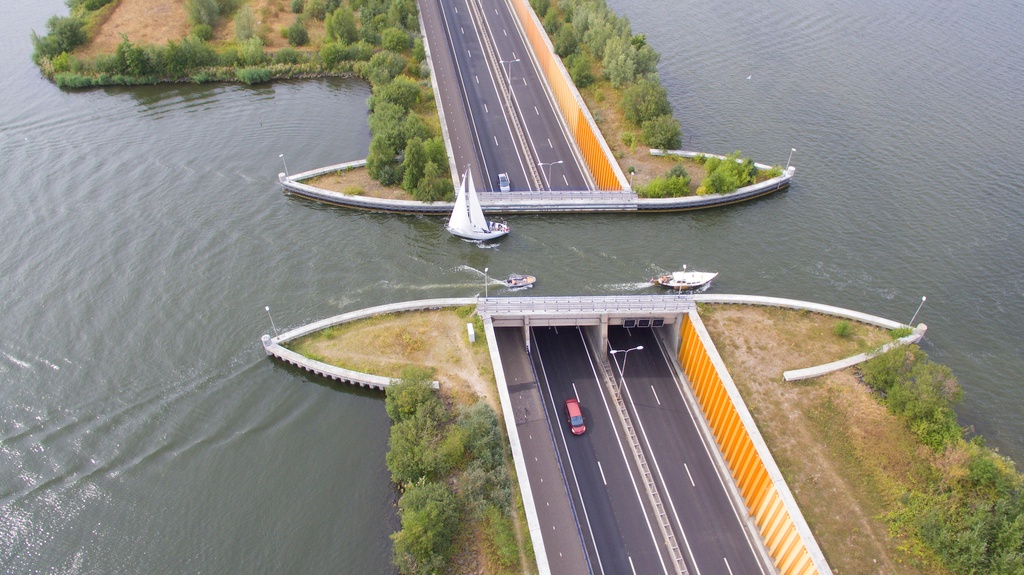 Engineers most likely selected this fascinating design to save money in relation to other waterway passage techniques. A tunnel, an option likely considered, would have required much time and effort with the same end result. A road bridge would also be another likely design consideration but would have meant a larger budget and longer construction. Given that the aqueduct did not need to carry wide water traffic, a smaller water bridge design was selected. 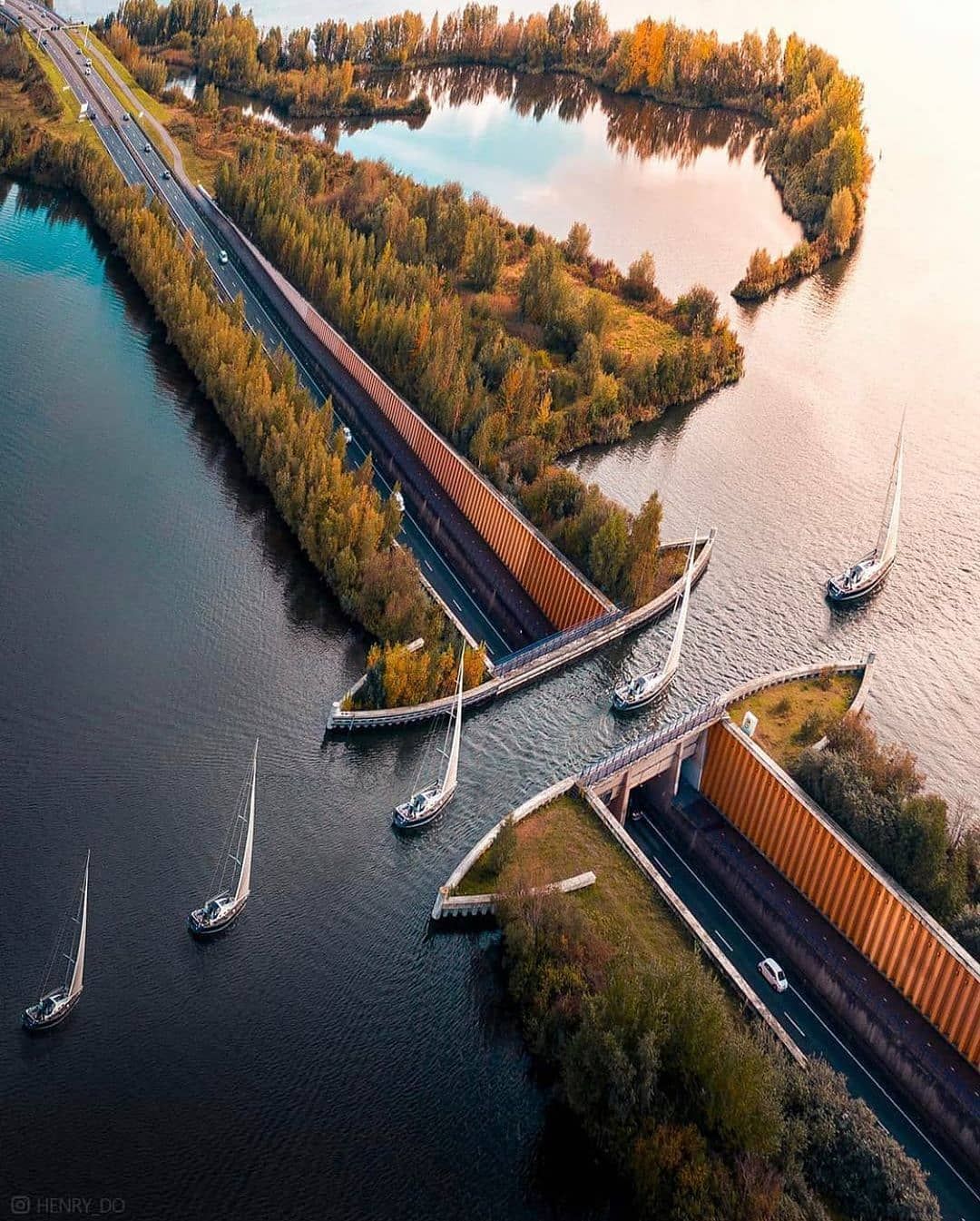 While this structure does not set any records, it does stand as one of the shortest aqueducts in the world. Typically thought of as tunnels or bridges used in water supply and irrigation, there is another subset to the aqueduct realm. Navigable Aqueducts, like Veluwemeer, include land bridges and other passages that allow for boat and barge traffic.

The roadway passing under the Veluwemeer aqueduct serves to connect the mainland of the Netherlands to the largest artificial island in the world. Flevoland was constructed from reclaimed land in the region and is surrounded by three local man-made lakes. This island is actually made up of two drained sections, Flevopolder and Noordoostpolder, which come together to make up the 970 square kilometer province, mentioned above, Flevoland.

Magical Things To Do In Maarssen, The Netherlands: Explore A Small Town In The Vecht & Utrecht Region