Predating the Wild West, there’s a widely overlooked cowboy culture that is specific to the Hawaiian islands. Unfortunately, it’s slowly fading away.

When most people think of Hawaii, they think of its crystalline waters and soft sand beaches. Perhaps one of the most native experiences to the Hawaiian islands is also the most overlooked—the history and existence of the Hawaiian cowboy. 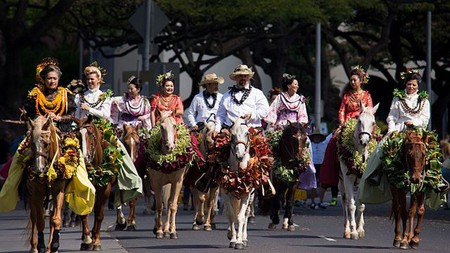 The story of the paniolo

In 1793, King Kamehameha was gifted with five longhorns who directed him to place a kappa (protection) over the cattle, allowing them to roam and multiply. Little did he know it would lead to a booming beef trade and a high demand for ranchers in Hawaii. Because of this, vaqueros, or Mexican cowboys, arrived on the Big Island and Maui to teach the locals how to corral. Thus began the culture of the Hawaiian cowboy, known to us now as the paniolo.

The word “paniolo” allegedly comes from the Hawaiian version of the word “español,” as the Hawaiian language doesn’t use the “s” sound. A cross between Mexican and Hawaiian cultures, the paniolo had a key role in society: providing a large source of income and trade for the islands. Songs were even dedicated to them in which their Mexican-inspired ponchos, wide-brimmed hats, and affinity for the guitar were admired. But, times have changed since then. Today, the upcountry population of ranchers is quickly dwindling, along with the culture. 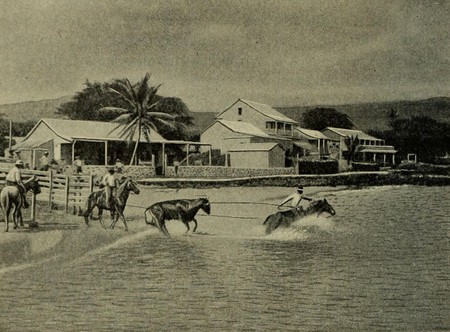 With the steady rise of agritourism and environmentally conscious travel on the islands of Hawaii, there is still hope that the culture of the paniolo will live on. William Jacintho, a life-long paniolo, hopes the same for his children—the fifth generation in his family to continue these unique traditions. 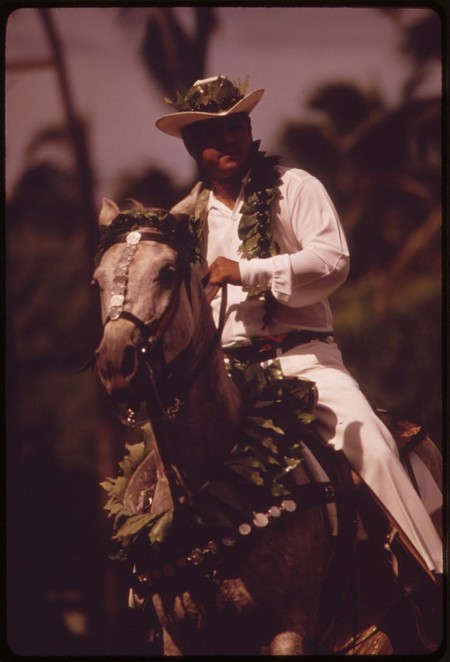 This dedication isn’t too affected by modern times, though. There are a universal cowboy culture and a love for what they do that remains unchanged. However, new innovations may attribute to the dwindling culture. Jacintho recalls the 1960s when there were 28 cattle slaughterhouses in the area.

Now, only one reported slaughterhouse still exists. With the main exports shifting away from the beef trade, the future of the paniolo culture stands at high risk and as the industry fades away from the Hawaiian islands, so does the treasured culture of these cattle ranchers. “Others could care less, and others would even rather we go away completely,” William Jacintho described. 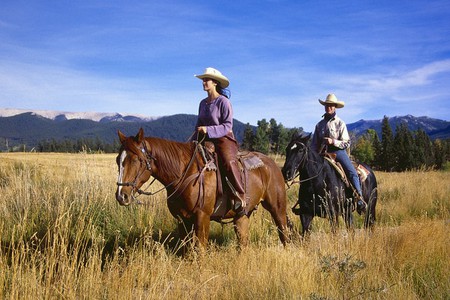 Modern celebrations of the paniolo

Fortunately, many people don’t want the paniolo culture to go away at all. In fact, it is celebrated. Historic Makawao in upcountry Maui hosts a Paniolo Parade and the Kamehameha Parade each year. Spectators come to see the cowboy hats, adorned with their own leis, trotting down the road.

The strength of Hawaii’s tourism industry has taken bits and pieces from paniolo culture to offer a different type of Hawaiian experience to visitors and locals alike. In an effort to preserve the culture and history, paniolo tours are offered, giving guests a glimpse into the lives and cultures that shaped Hawaii’s inland culture. Even with all that Hawaii already offers, there is so much more to see. Exploring the islands on horseback is a perfect way—in true paniolo fashion—to take it slow and explore parts unknown. 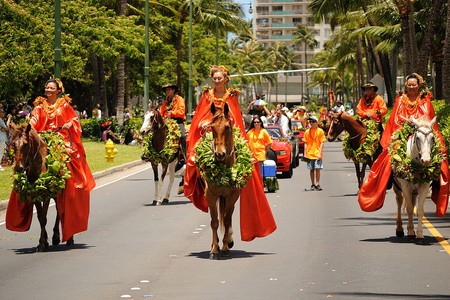