The highest mountain range in continental Portugal, the Serra da Estrela offers all manner of things to see and do for travellers of every stripe.

Portugal might be best known for its sandy beaches and surf, but it’s also home to Serra da Estrela, a protected 888sqkm (343sqmi) park boasting the country’s highest mountain peaks. In this region, you’ll find icy lakes and granite outcrops towering above thickly wooded valleys and rushing rivers. This beautiful natural landscape is dotted with charming villages and is a great spot for hiking, climbing and skiing as well for spotting quirky cultural sights. 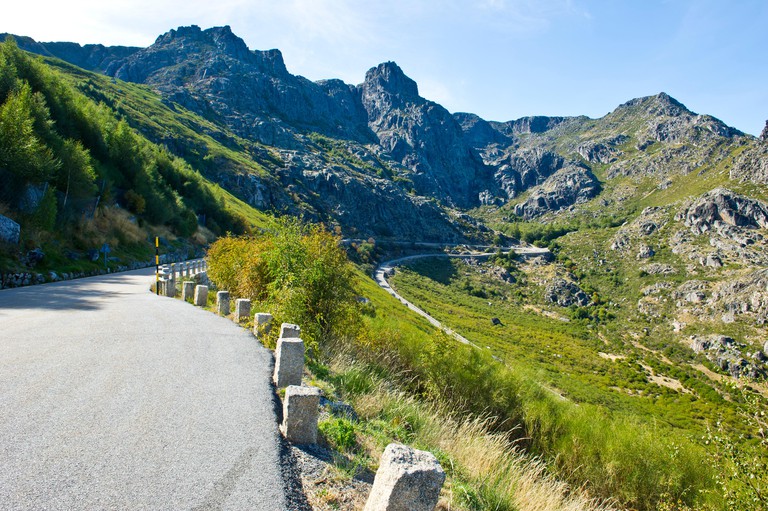 At the centre of Serra da Estrela, rising above a wild, boulder-strewn plateau is Torre, mainland Portugal’s highest peak at 1993m (6539ft) and home to its only ski resort. Torre literally means Tower and it gets its name from a tower built here in the 19th century to extend the mountain to 2000m (6562ft). The views are spectacular and on a bright day, you can see the Atlantic Ocean over 100mi (161km) in the distance. 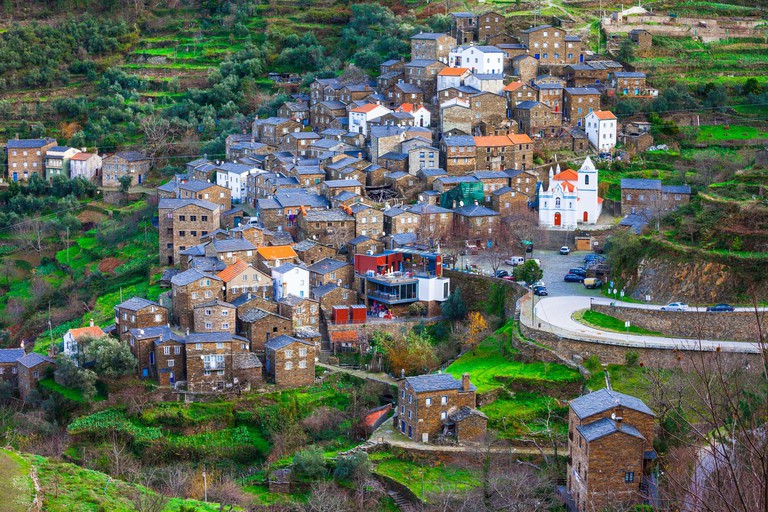 A hotchpotch village on a valley side and surrounded by lush pastureland, mountain springs and evergreen forest. The stacked arrangement of houses is much like an amphitheatre and at night, when the lights are turned on, the village looks magnificent. The winding narrow streets were built from local stone and it is said that the window frames are all blue because the one shop only had blue paint to sell. Enjoy a step back into an ancient time.

Hike from Manteigas to the Poço de Inferno 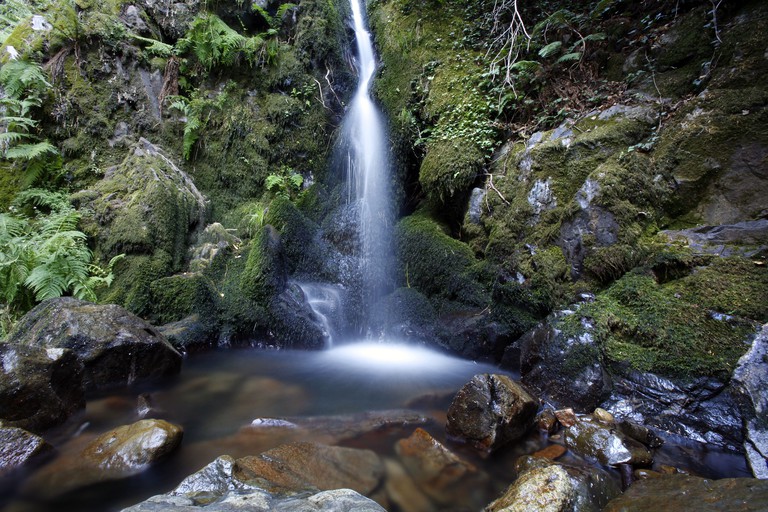 This hike is on a 7.5km (5mi) loop inside the Serra da Estrela Park and it’s the perfect day hike for fit intermediate hikers. The village of Manteigas is located at an altitude of 700m (2297ft) at the end of the ancient Zezere valley and the best time to hike from here is spring and summer. The hike will take you across rocky terrain and meadows to the Poço do Inferno waterfall, which descends a steep gorge of Ribeira de Lenadres and offers incredible valley views. 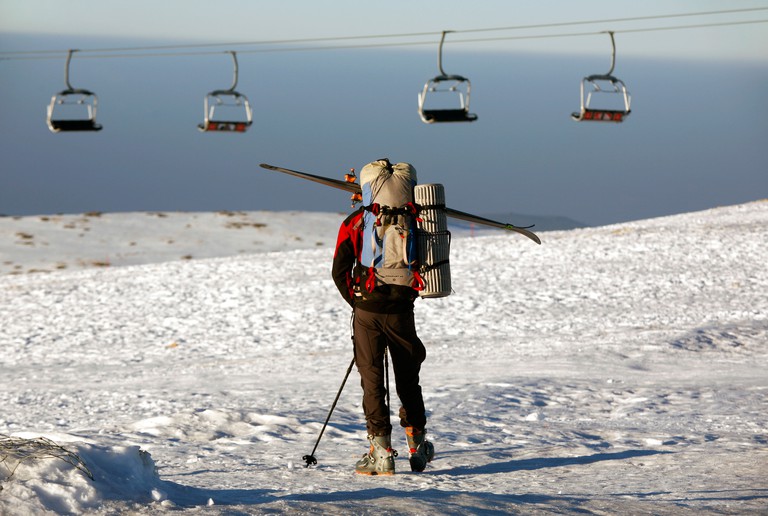 Skiing in Portugal – who would have thought? The Serra da Estrela is one of the only places that gets enough snow for skiing and has the only fully-equipped ski resort in the country. The resort is open from November to April and, with only four ski lifts, it is on the small side. Still, with 130m (427ft) of vertical descents and nine pistes in total, the novelty factor of skiing in sunny Portugal makes it worthwhile and facilities are good. The nearest airport is in Porto.

Visit the Cheese Museum in Pêraboa 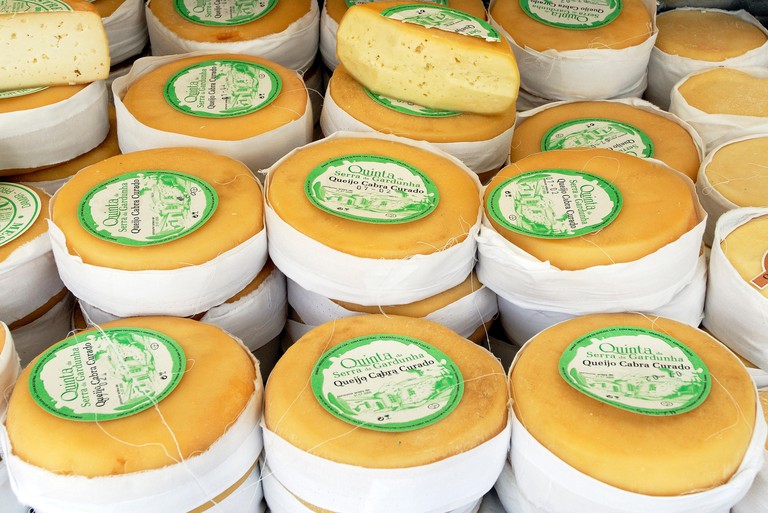 Hold your nose and learn the full story of cheese-making in Serra da Estrela. This cheese museum – Museu do Queijo – is located in the small village of Pêraboa. The museum’s guide, Pedro, will share funny and fascinating yarns about the docile sheep and witty shepherds who have lived in these mountains for centuries while you try samples of what is known as the king of Portuguese cheese. Made from raw sheep’s milk, it is soft with a rich, intense flavour.

A rustic family-run mountain restaurant that thrives on the views from its windows and local produce such as Serra da Estrela cheese and sausages from the family’s farm produced using ancient smoking methods. You can also buy dried sausages, cured cheese and rye bread to take home with you after enjoying a delicious tasting menu including liqueurs and coffee. 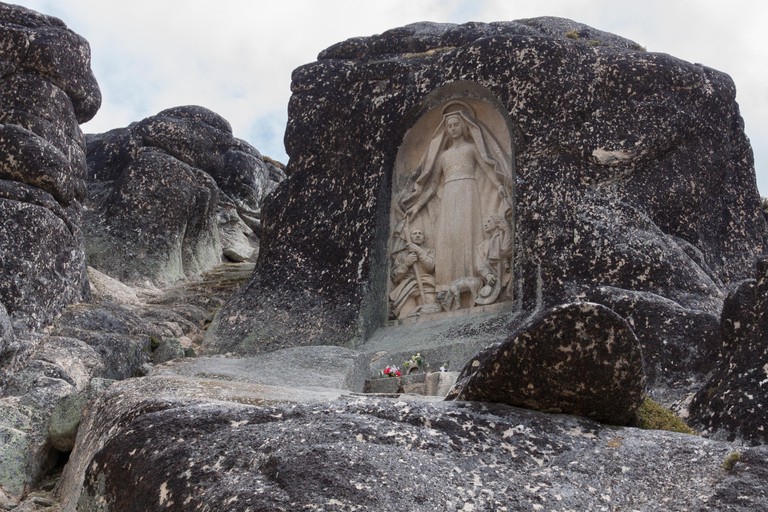 A spectacular landmark in Covão do Boi, right in the heart of the Estrela mountains, this bas-relief sculpture was carved into the rock by António Duarte in 1946 to represent Nossa Senhora da Boa Estrela, the protector Saint of the Shepherds. The sculpture is more than 7m (23ft) high and stands as a reminder of how important sheep-related products are to this region. A festival here every August always attracts a big local crowd. 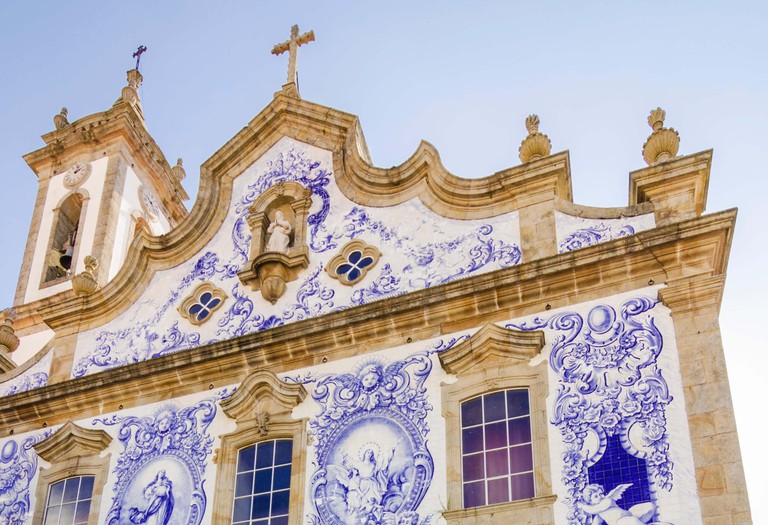 Hands down one of the most beautiful churches in Portugal, if not the world. Standing in the heart of Covilhã’s historic centre, the 16th-century Igreja de Santa Maria’s facade is entirely clad in blue and white hand-painted tiles depicting the life of the Virgin Mary. This traditional creation, added in the 20th-century, contrasts markedly with the street art that appears on several nearby walls. Inside are no less than 11 altars.

Inside this gorgeous 18th-century manor house you’ll be able to browse a collection of paintings by one of Portugal’s most distinguished and controversial modernist artists, Abel Manta. Around 23 of his works are on display, along with paintings by other well-known Portuguese artists including his son, João Abel Manta. Look out for fine baroque details on the doors and windows. 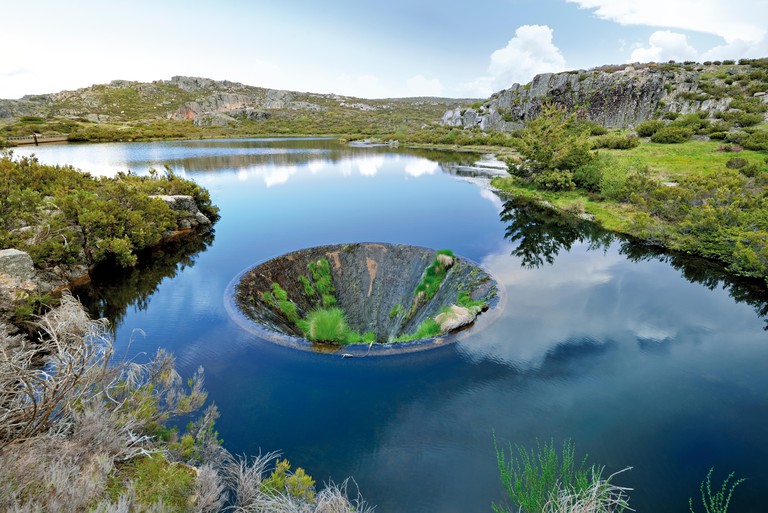 One of the most amazing sights in the Serra da Estrela is without a doubt a waterfall-like hole in the middle of a lake. Although it looks like a mysterious natural phenomenon, this hole was created in the 1950s to direct water from the Ribeira das Naves to Lagoa Comprida. While it is possible to visit this spot on foot, the hike isn’t for beginners and becomes more difficult during the winter months, so visitors are cautioned to do their research first and be careful.

8 Things I Wish I Knew Before Moving To Portugal

Lagos Vs Faro: How To Choose Between The Two